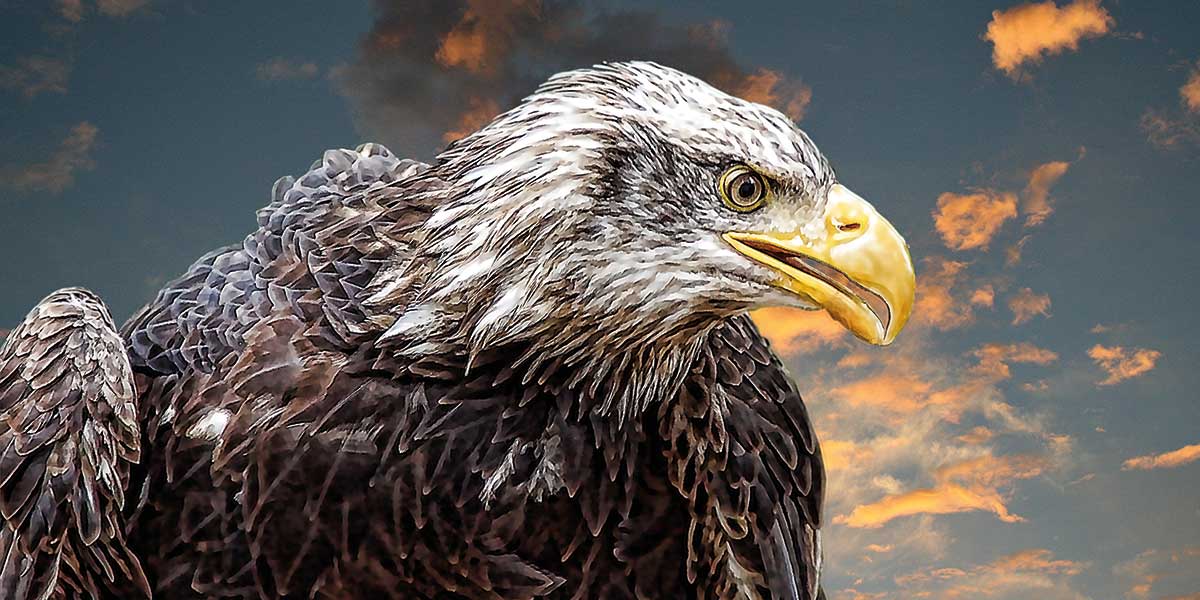 A Symbol of Successful Conservation

The Puszta Great Plains is the ideal place to find authentic traditional Hungarian culture. Located in the east of Hungary—a country largely influenced by the changing flow of its rivers—it’s home to some white-tailed eagle specimens.

Also known as sea eagle, Erne, and white-tailed sea eagle, it’s the largest bird of prey in Europe, reaching 90 cm long, with a wingspan of nearly two meters and a half, weighing over 15 pounds kilos. It’s considered, on average, as the fourth largest and heaviest eagle in the world.

Its tail is relatively short, wedge-shaped and whitish in color. They are almost entirely brown with gray-yellow color on their crowns, neck, breast and the lesser coverts of their broad and long wings.

Their diet is usually very opportunistic, varied and seasonal. It’s well known that, although fish make up most of their food, white-tailed eagles consume other birds, including loons, ducks, coots, geese, swans and all kinds of chicks, in addition to mammals ranging from field mice, muskrats and hares, to sheep, baby deer, arctic foxes and, occasionally, roe deer. They spend most of their lives near the water, either at the coasts, rivers or lakes, fishing or stealing prey from other seabirds. European white-tailed eagles prefer having large cliffs or mature forests nearby to settle and nest. 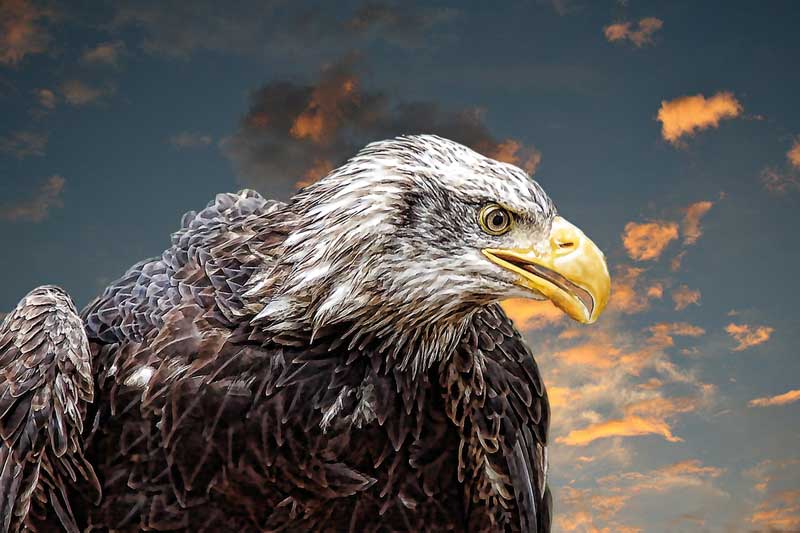 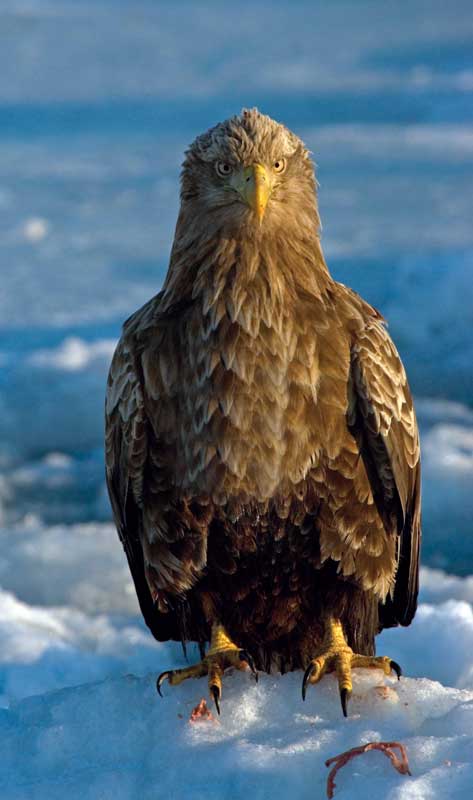 They mate for life and remain loyal to their territories, so once they breed, the nests—which are usually huge, built with sticks and branches, covered with algae, wool or moss—are often reused for decades by new generations of birds. Paired mates produce one to three eggs per year, three to five days apart. They are incubated for 38 days by both parents. Once incubated, the chicks depend entirely on the female for food; the young ones are capable to feed themselves while remaining near the nest.

From the 1950s, due to human intervention, habitat change, and the destruction of wetlands, followed by involuntary poisonings by the DDT insecticide—used in pest control for all types of crops since the 40s— the species was almost driven to extinction in Central and Western Europe.

Since the 1970s, the European white-tailed eagle population has grown extensively. In 2005, they were classified as “Near Threatened” and later considered “Least Concern” by the BirdLife International organization. Although they continue to be a potential preoccupation, thanks to the efforts established by the government, plus the dedication of naturalists and conservationists in charge of protecting their habitat and nesting sites, their numbers increased considerably, becoming a symbol of successful conservation. 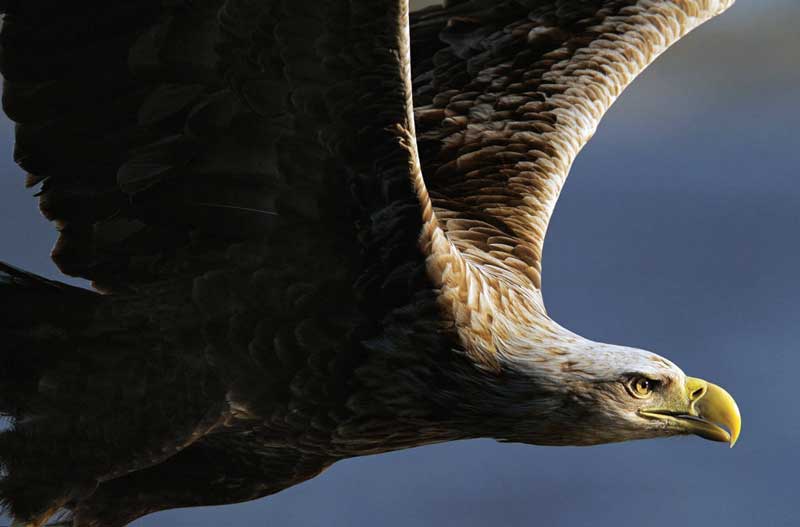 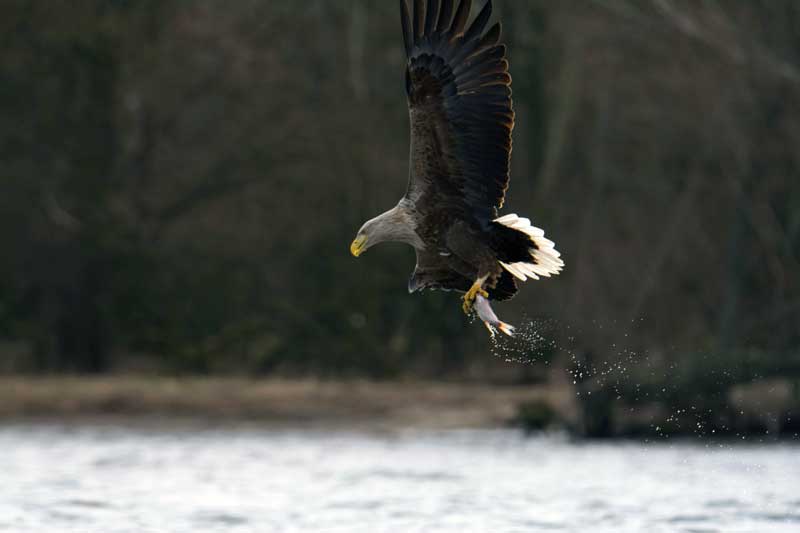