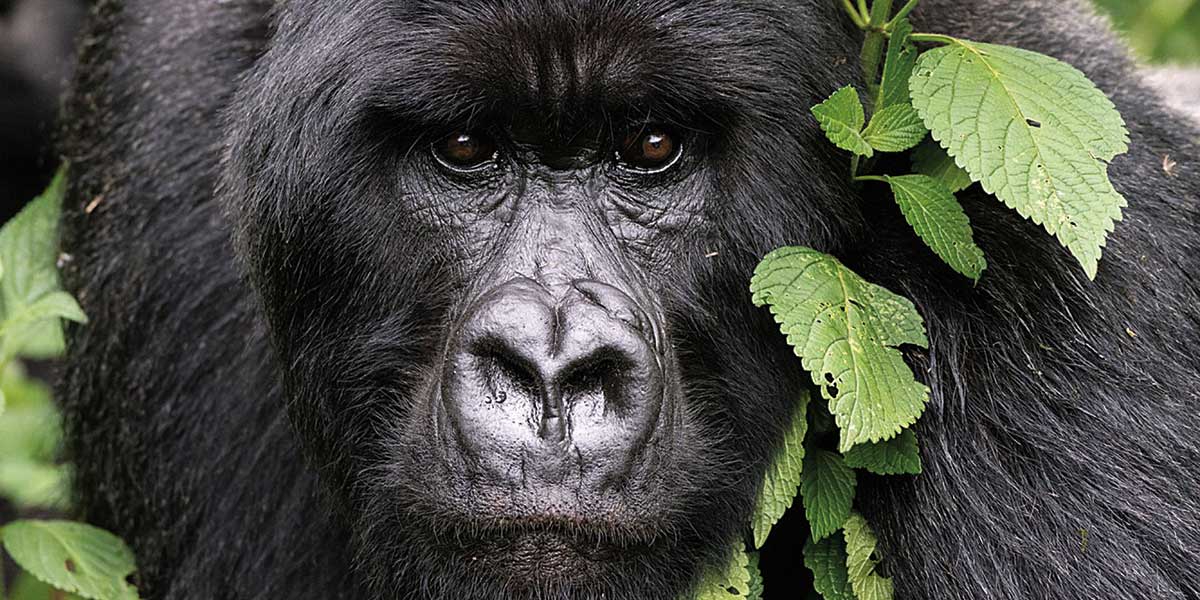 “After looking at it carefully, Peanuts stood up and extended his hand to brush my fingers with his for a moment ... That contact is among the most memorable of my life.”
-Dian Fossey

At the end of 2018, the world smiled collectively at the news that the Mountain Gorilla population (Gorila beringei beringei) had increased above 1000 specimens. In 1978, there were only 285 individuals left.

According to data from the Dian Fossey Gorilla Fund International organization, Mountain Gorillas cannot reproduce in captivity and are currently the only ape population that is growing due to conservation success, produced by the joint work of the governments of Rwanda, Uganda and the Democratic Republic of Congo; National Park authorities and various foundations, organizations and activists. The third part of its population is found in the Natural Parks of these three countries. 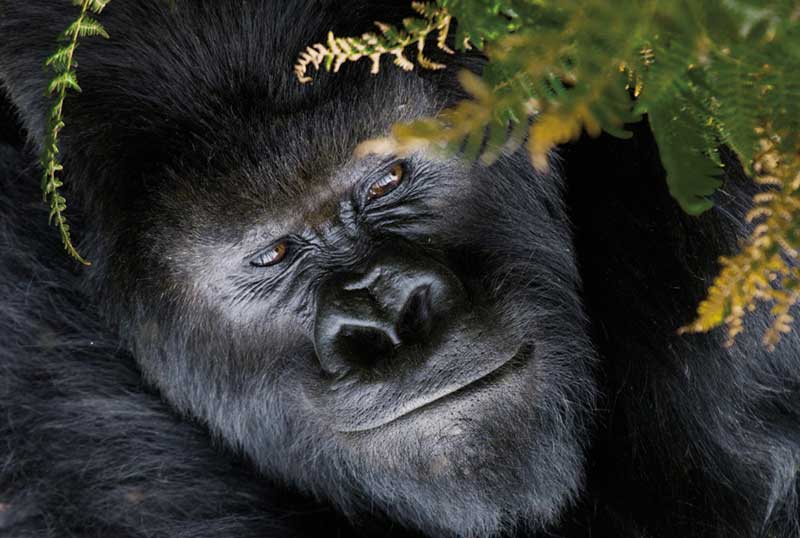 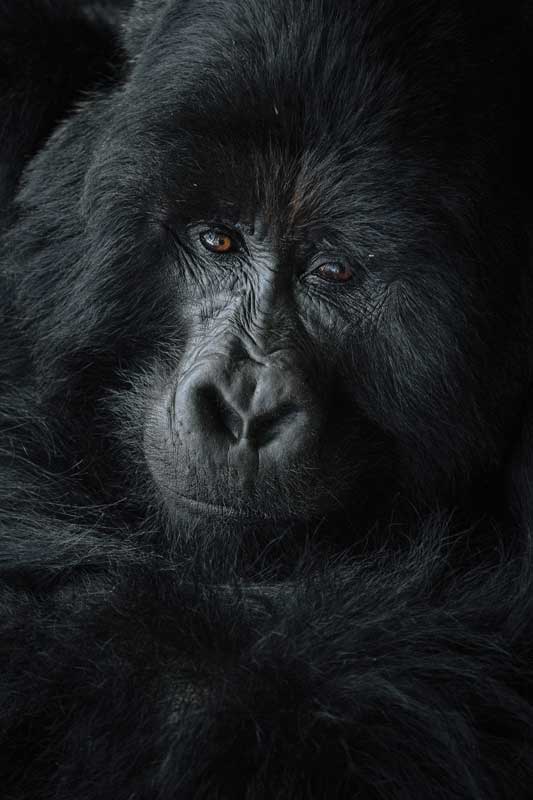 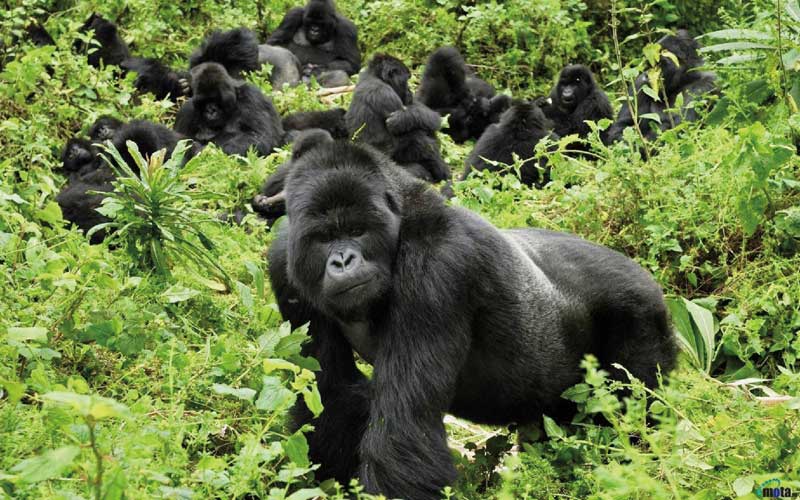 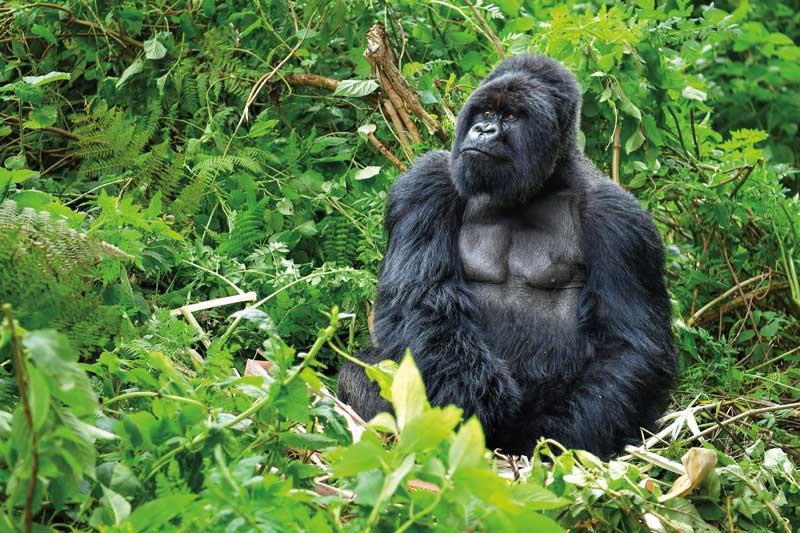 Males grow a silver stripe on their backs when they turn 15 years old.

The growing interest in interacting with the Mountain Gorillas amounts to approximately USD 300 million in annual revenue. Those who have had the experience of interacting with a family of gorillas always highlight the fact that they behave intelligently and considerately if they don’t feel any kind of aggression or danger. Scientists say that humans share between 88% and 98% of genes with gorillas, in addition to the same evolutionary ancestry.

Encounters with the Mountain Gorillas are restricted to one hour, in small groups of eight people and an experienced guide. To achieve this unique experience, you have to climb between 2300 m to 4500 m of altitude on a tracking journey that can last up to eight hours, until you finally locate the family of gorillas; you will be able to watch them as they live naturally in the wild.

In the early hours, participants are trained by the guides, who provide information on safety and behavioral measures. They know the language translation of gorillas, both nonverbal and verbal, from which scientists identify at least twenty five different sounds.

Mountain Gorillas live surrounded by bamboo—their favorite food. The family never stops moving and visitors must keep at least a distance of 7 m from them, making sure it stays that way the entire time, moving side to side: never forward or backward. If a gorilla stares directly at you, lower your gaze. It’s forbidden to eat, drink or smoke within 200 m of them.

In some cases, the “alpha male” might express his prerogatives in an exhibition of strength that can lead him to charge the group of visitors, pounding on his chest and emitting threatening sounds. If this is the case, the instruction is to remain still and keep calm. The list of preventive care is extensive, but in the end it’s all worth it when you get to interact with these magnificent creatures. Despite their imposing size, science describes them as the least aggressive of all apes.

Although the main attraction is the Silverback Gorilla, as it is also known, an escapade like this provides the opportunity to get in touch with the greatness, beauty, diversity of species and nature of this prodigious land. 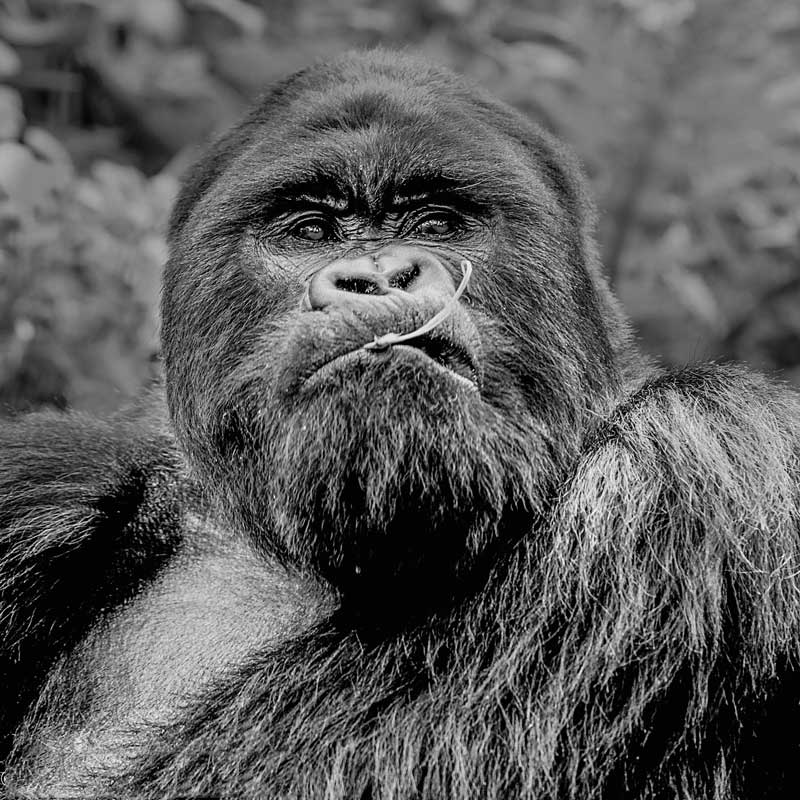 There’s a male dominant in every pack. 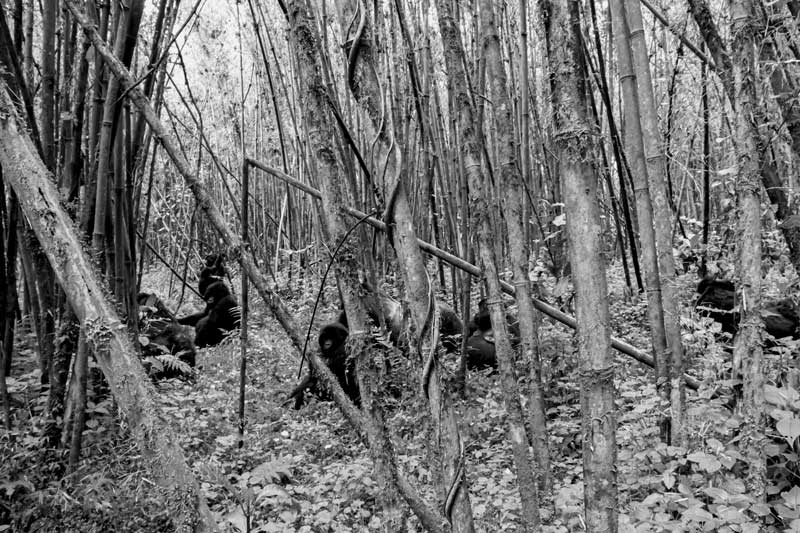 There’s a male dominant in every pack.

Gorillas in the Mist

It has been more than 50 years since a fearless and special woman decided to head to the jungle to live among the Mountain Gorillas to study them, defend them and protect their habitat. Her decision put a precarious situation on the spotlight.

Zoologist Dian Fossey (1932-1985), along with George Schaller, were the ones who first studied these animals in their natural environment (http://gorillafund.org/). She wrote the book Gorillas in the Mist, both biographical and scientific. It provided a conscious challenge, which questioned forever the validity of the human claim of supremacy over nature and the animal kingdom.

Her close relationship with the Gorillas was taken to the big screen, where she was portrayed by Sigourney Weaver. The film was shot in the natural settings of the Volcanoes National Park, in Rwanda, where Dian Fossey is described in the epitaph of her grave as “Nyiramachabelli”, in the Kinyarwanda language: “the woman who lives alone in the mountains, or woman who knew how to adapt to the forest”. Dian Fossey dedicated her life to the gorillas, and the foundation that bears her name continues her legacy. 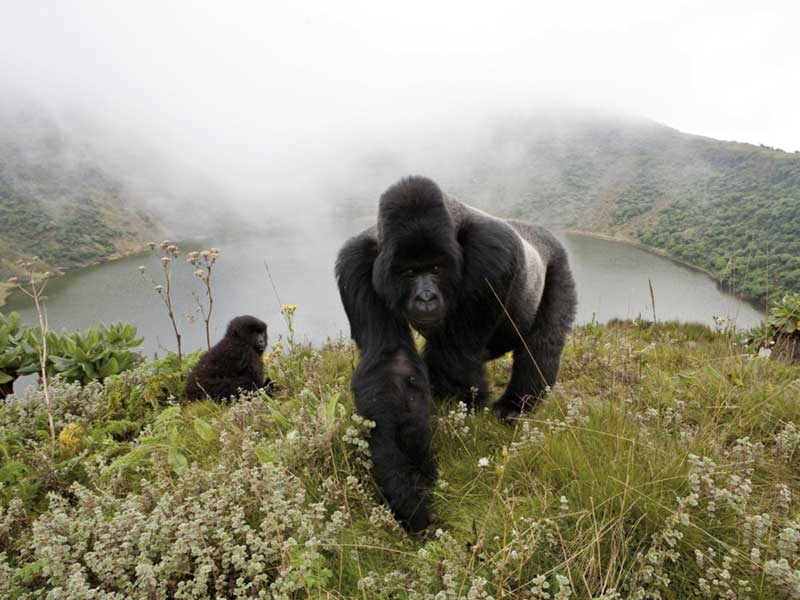 Adults gorillas are loving and patients with the littles gorillas. 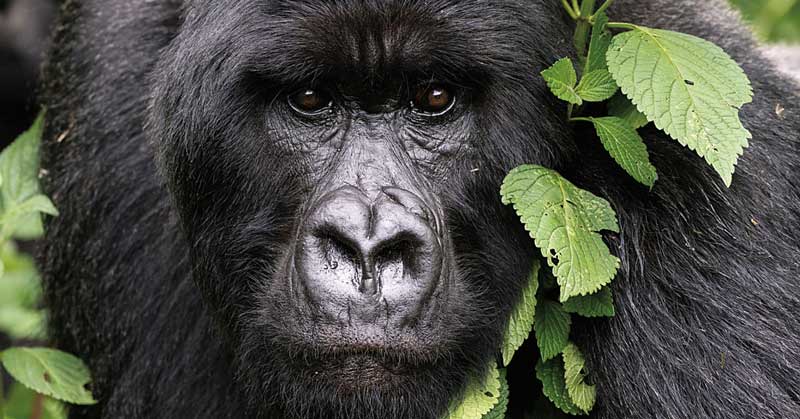 There is also a hierarchy among the females of a pack. 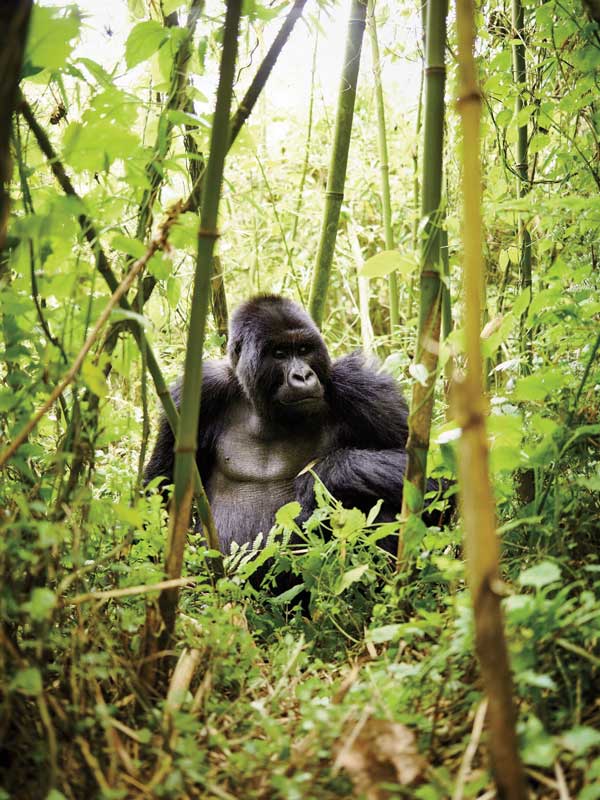 Humans and Gorillas can get the same diseases. 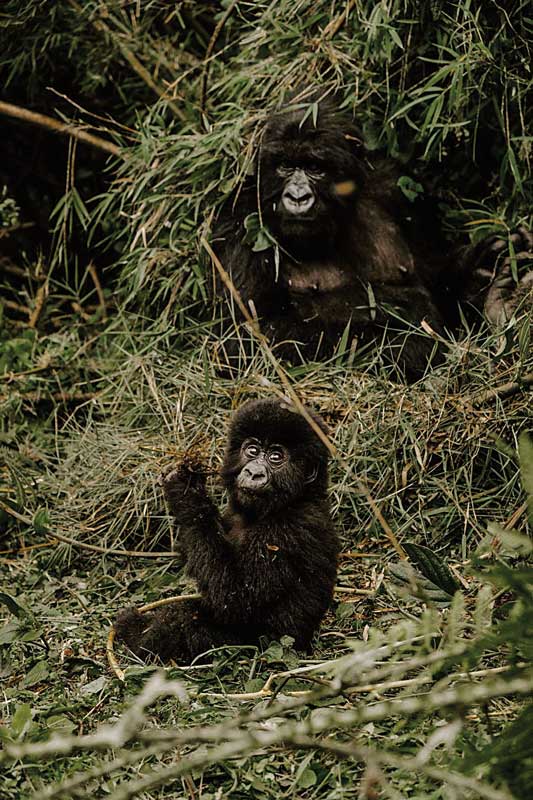 The gorillas move constantly so they build new nests every night. 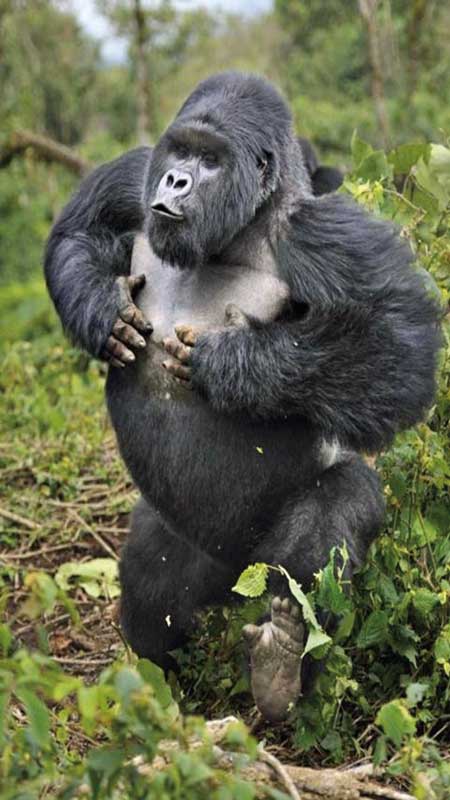 Mountain Gorillas are natural style even with expectators around them.