Planet Earth is an infinite factory of life 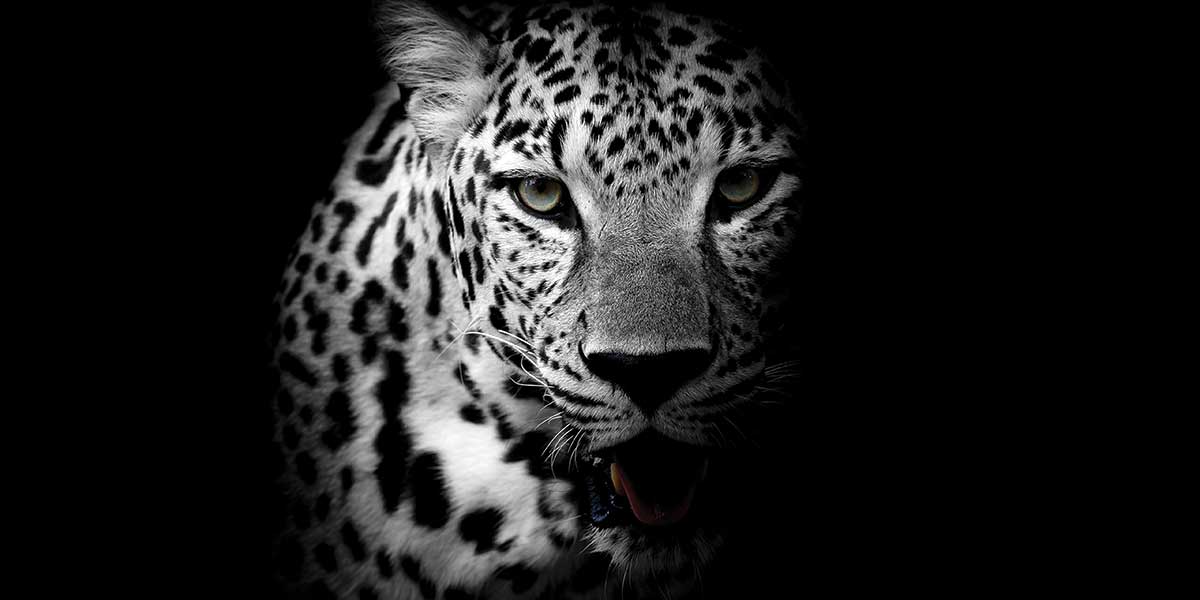 Plant the seeds of happiness, hope, success and love; all will return to you in abundance. This is the law of nature.
Steve Maraboli.

How many living beings there are on the planet, is a question for which the answer is not known with full certainty, not even regarding mammals. Among several factors, it is because, although species are constantly disappearing, at least 10 thousand are revealed yearly.

A study that was published in the journal PLoS Biology, in 2011, carried out by a group of scientists led by Camilo Mora, from the University of Hawaii, collected all available information to reach an outcome that showed the statistical figure of 8 700 thousand species. Amongst these 6.5 million were terrestrial, and 2.2 million belonged to the marine world.  Nevertheless, according to the same study, there are still 86% and 91% respectively to be discovered. 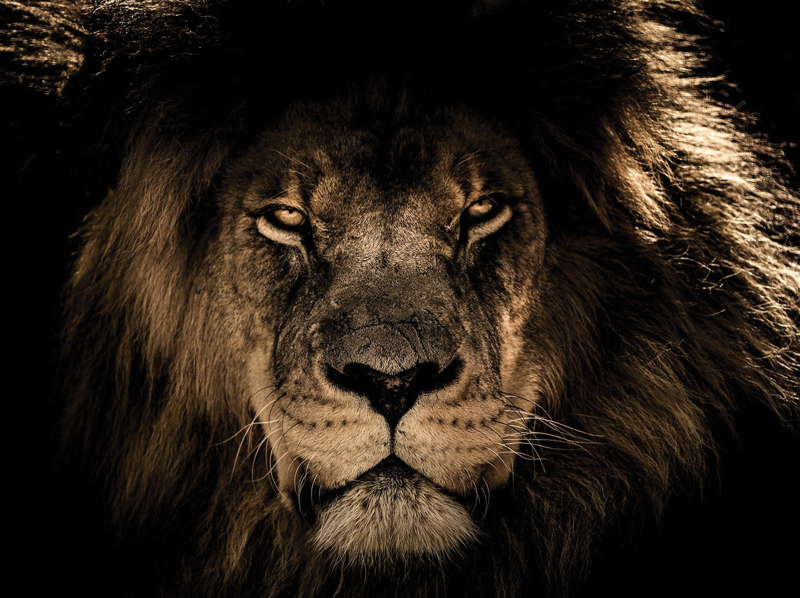 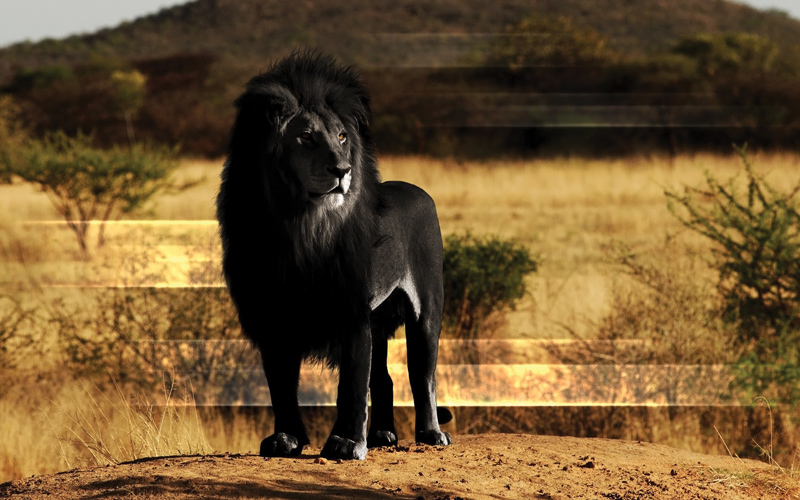 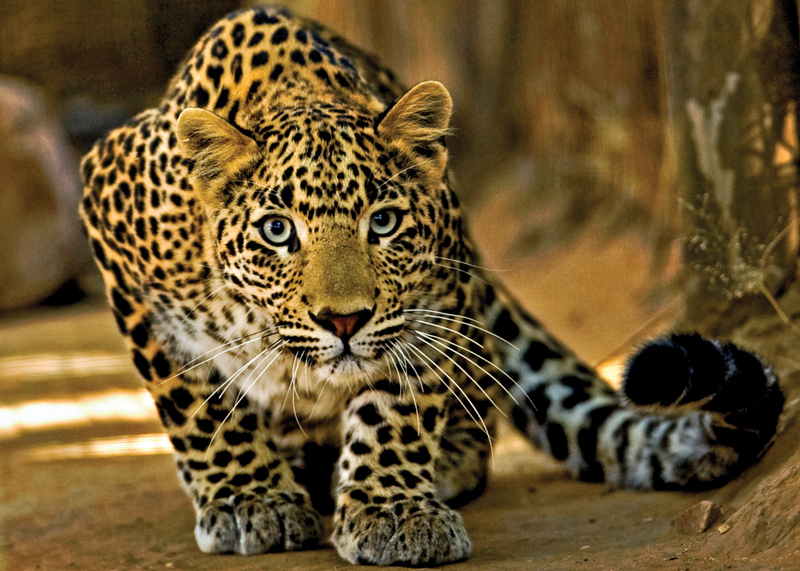 Even though it is a very serious theory, it is debated by other scientists such as entomologist Terry Erwin, who ensures thats, in terms of insects alone, there are 30 million different ones. Living beings belong to one of five kingdoms: the animal kingdom (the vertebrates take up only 3% of the species and invertebrates with a highly elevated percentage); the vegetal kingdom; the protocyst kingdom (algae and protozoa); the fungi kingdom (mushrooms, yeasts and molds); and monera s (bacteria).

For all of these to subsist, oxygen is the essential element that affects the organic chemistry necessary for life, including water, indispensable for living beings. Both kingdoms – animal and vegetal – are measured according to a method that searches for coincidences in the evolving bond while contemplating family, kingdom, branches, breeds, etc., in different categories.

Without a doubt, there are animals whose presence fascinates while symbolizing qualities and strengths.

The lion is a preponderant creature because it is very well known by the human race from the beginning of times. In 2013, in Tibet, the most antique specimen was found until the moment: it lived between 4.1 to 5.5 million years ago. Lions are the only felines that join in herds of up to three males, a group of fertile females with their cubs and even take in old matriarchs.

They are associated with the sun. Multiple legends have been told about the lion and it has been represented in each creative media or technological platform. In the use of its symbols has meanings such as strength, ferocity, power and justice. The African lion an Black lion are distinguished by their great beauty… There are ten known kinds and they are the only ones capable of roaring. 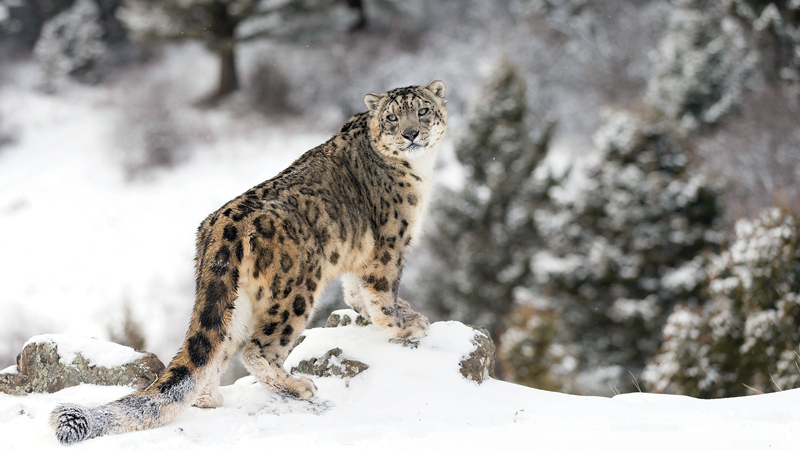 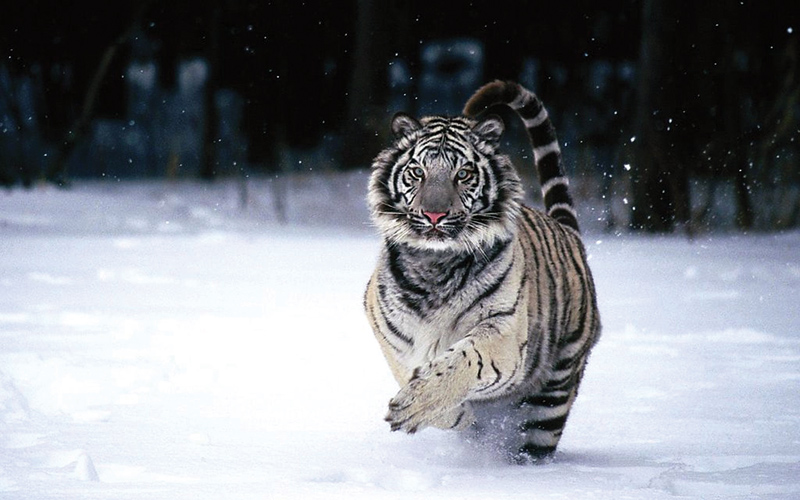 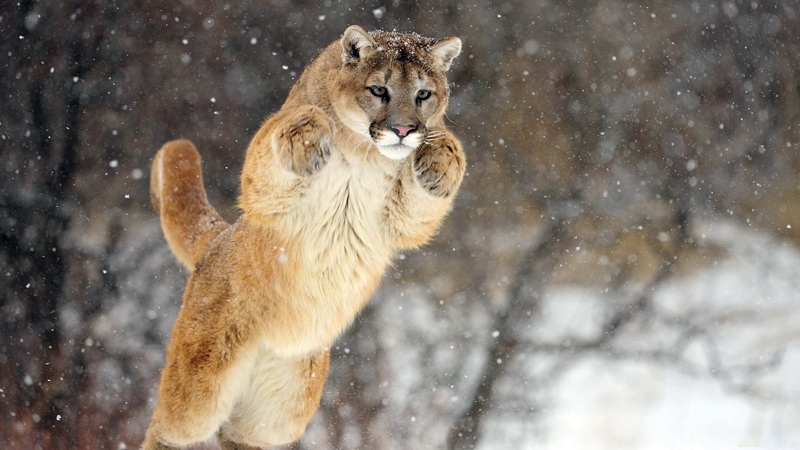 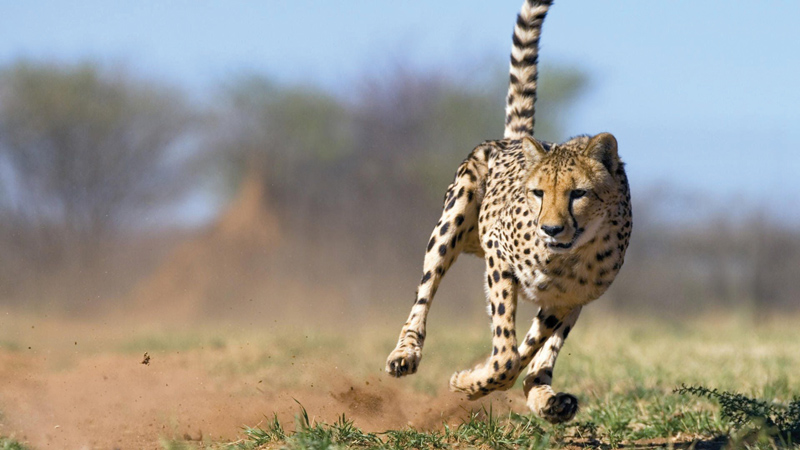 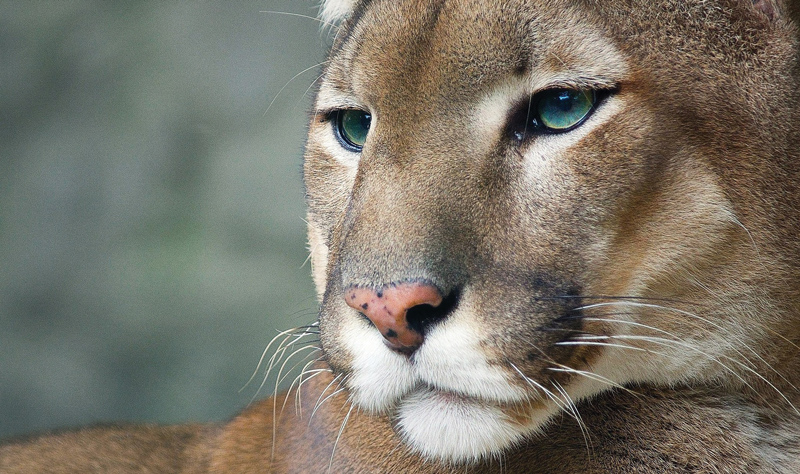 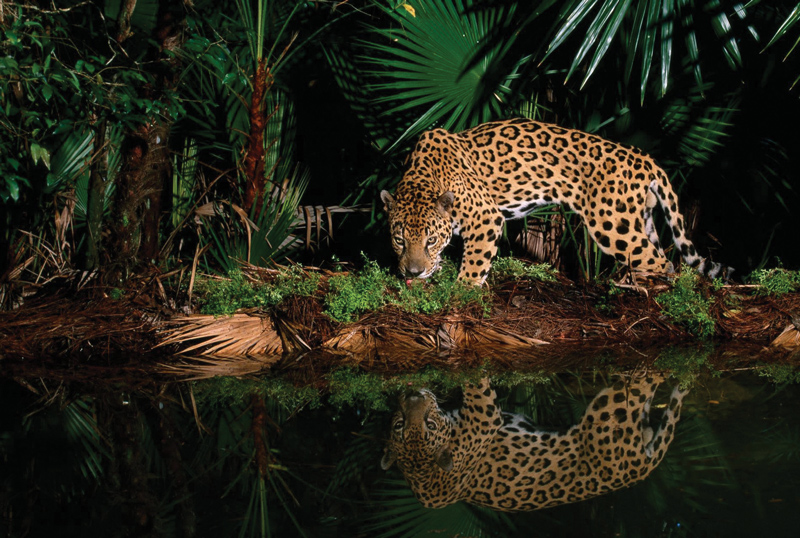 Leopards, of which there are 11 types. They are the best hunters, excellent swimmers and possess an unusual capacity of adapting to different environments of Asia and Africa. They can also reach a speed of  50 km/h. They sleep on the trees during the day and hunt during the night: they quietly stalk their prey until they fall on them.

The snow leopard is recognized as the most beautiful of all felines; its habitat is in the snowy mountains of Asia starting at 200 and up to four thousand meters of altitude, which makes it difficult to trace. It is calculated to be around 5,000 specimens of its kind, which lands it on the list of endangered species. Its fierceness is huge just as its territorial sense. It is also the only one of these large carnivores that includes herbs in its diet.

Tigers have a separate chapter, their majesty stands out in the White tiger, Golden tiger and Bengal. They are the largest in size and also the greatest predators of the animal kingdom, with such ferocity that they don’t measure the power of their prey. These range from boars or deer to huge elephants. There are six subspecies of tigers, and among these, different magnitudes.  Their main adversary is men.

Jaguars are dispersed throughout the American continent, they live alone and barely coexist with the female during mating season. All belong to the Panther species. Truly, a Black panther, can be both a jaguar or leopard; its color is the result of a genetic variation that affects its pigmentation. The same occurs with the White Panther, its whiteness is attributed to a defect in the melanin.  Other felines are the yaguareté, the cheetah and the puma. 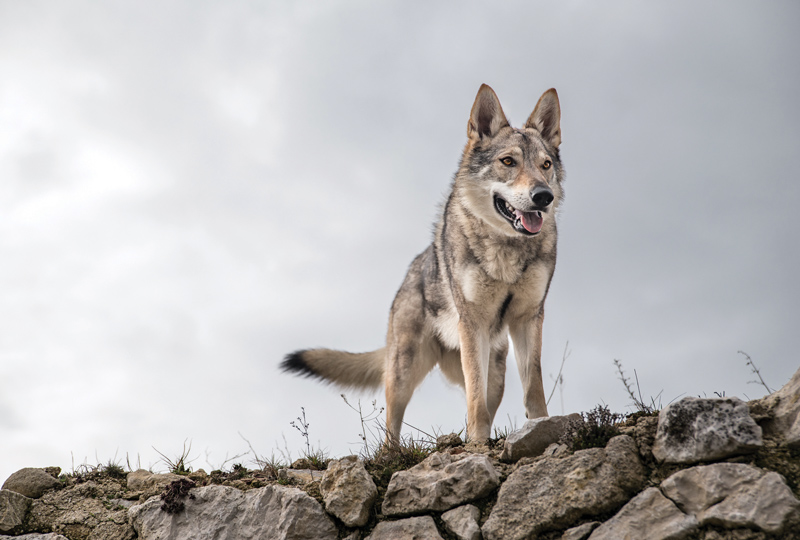 The wolf and humanity

The alliance between humanity and the wolves has always been destined for success, a connection that began 32 thousand years ago in Europe or Asia: They provided each other with support, safety, defense… It was a long process of domestication between both and, accompanying each other in the route, they expanded throughout the world. DNA studies proves that today's dogs come from prehistoric wolves.

To cover the richness of terrestrial fauna is mission impossible, we are missing Polar Bears, pandas, horses, birds of  paradise, swans, Royal Owls, hummingbirds, toucans, blue crowned pigeons, the indescribable quetzals, the golden pheasant, the mighty Golden Eagle… Also serpents and marine animals, such as whales, sharks, dolphins, anemones, Seahorses, corals and even insects compete in singularity and beauty by blending in with their environment…  There is a huge list of unique specimens.

There are animals that are essential for life:

Starting with the bee, that has an essential role in subsistence, not just because it pollinates (its main function) but also because it produces honey, wax and propolis. To obtain one thousand grams of honey, the workers of the honeycomb must have released the nectar of 10 million flowers. Bats are next, because they keep plagues away, efficiently spread seeds and pollinate as well.

Plankton, being the first link in aquatic food systems, besides keeping the ecological balance of the entire planet in place. Butterflies indicate the healthy condition of an of ecosystems... By photosynthesis algae and other microorganisms created oxygen. And, of course, primates from which we evolved and, also spread seeds: There are entire ecosystems that have been recovered by the mere presence of chimpanzees.

The roots of the earth

Three billion trees are planted around the world, maybe many million more. There are communities that make a living and use wood, but they also immediately reforest the site where a tree falls.  Everything sustains us and we need to correspond by reestablishing it.

To the day, some truly special trees survive thanks to their vast capability of adaptation and resilience. It is stated that the oldest might be a specimen of the Pinus Longaeva, with more that 5 thousand years (the time when the great empires were founded). The information they keep in their rings describes practically every climatic or geological eventa that ocurred during its existence.

Some trees are venerated, such as a descendant of the one at the Bodhi fig trees, in Bodh Gaya, where Budha reached enlightenment. Ceiba trees are sacred both in America and Africa; another example is the powerful Baobabs, of which fossils have been found from 380 thousand years.

A tree generates oxygen, reduces pollution levels, regulates humidity, cleanses underground water with its roots that hold soil on the ground along with water from the sky. 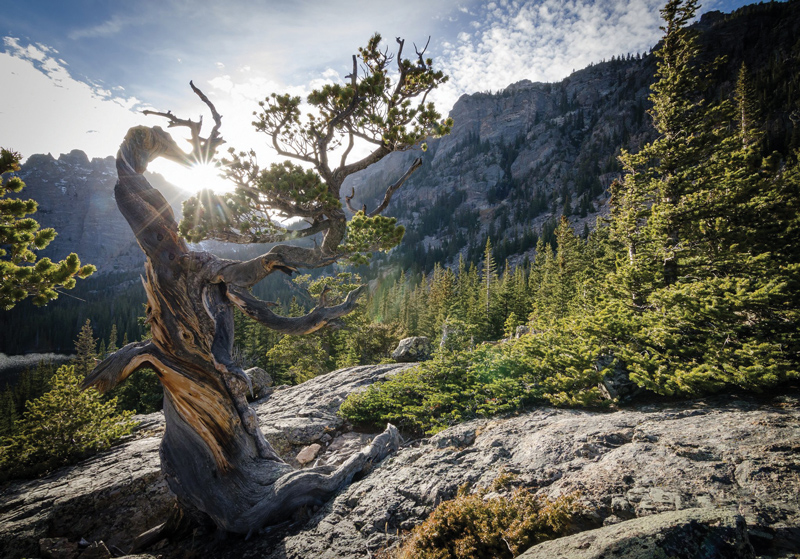 The Piinus Longaeva is the oldest tree on the planet. 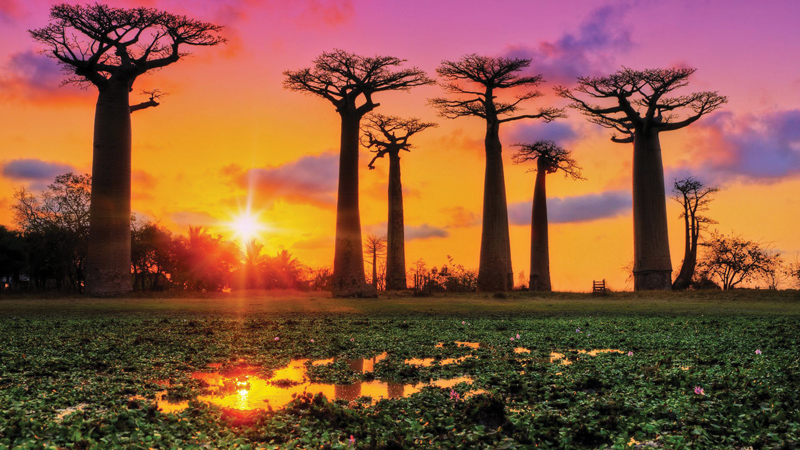 Baobabs are found in both America and Africa. 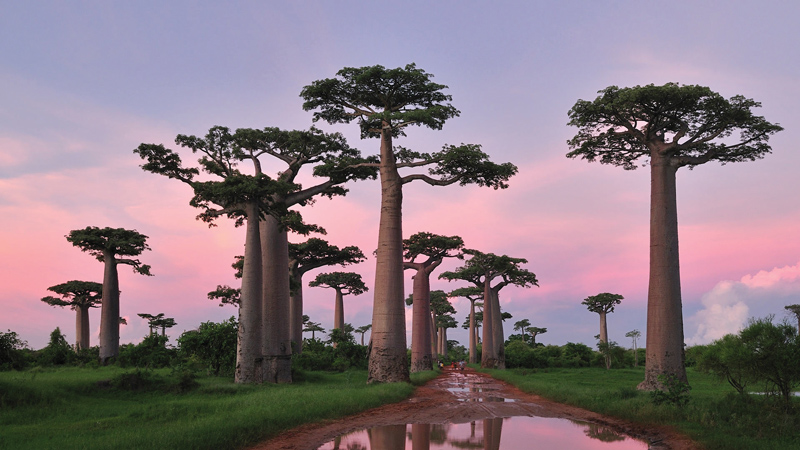 Baobabs are found in both America and Africa.

Ecosystems: a synthesis of balances

Mountains, plateaus, hills, peaks, cliffs, summits, and mountain ranges with longitudes that occasionally concern only one,  while in different cases take up to hundreds of kilometers.

Praised by mankind, some cultures believe that mountains have been created by gods that inhabit their summits. Generally, their height exceeds 700 meters from foot to top. Mount Everest is the tallest in the planet (8,800 m). The most extense are the Andes which are 500 km wide and  7,600 km long, they go through seven countries in Latin America: Venezuela, Argentina, Colombia, Ecuador, Peru, Bolivia and Chile.

At the summits, conditions are harsh for life to establish or flourish. ‘Orogenesis’ is the process that forms its prime structure, while erosion caused by rain and melting of the snow defines hillsides.

The altitude of a mountain describes the type of ecosystem that living in it: The taller it is, the least its protection from the sun will be. Oxygen and humidity concentration is reduced in the environment, temperatures lower and wind speed increases. There are abrupt temperature changes from day to night with a variation of 5 degrees every thousand meters.

They are the motive of constant study since plant and animal species (biota) prosper there, they have gone through a difficult process of adaptation made up of amazing diversity.

The waters (hydrosphere) occupy 70% of the surface Planetary: The sea is the most unknown medium, since there is a depth barrier impossible to cross. Besides rivers, lakes, underground water, clouds… frozen water at the poles regulates the temperature.

Everything that exists, including the air we breath, stays at place do to the existence of the attraction that the law of gravity provokes. The atmosphere is a protecting mantle that keeps existence safe, it establishes the climate for each region

according to variables that allow the existence of different habitats such as deserts or forests.

We inhabit a powerful world that is in constant renovation where everything interacts and connects. The human being, in the same manner, shall undertake an existence of fertile rewards.