Call of the sea

The sea, a whole new world of infinite beauty and complexity that unfolds before the eyes of those equipped with fins and mask, who dare to break the glass of water.

In this reflection I want to answer the question many friends ask me: why do you dive so much? What do you find on the seabed? I don’t know the exact answer. Since I can remember, the sea has had on me a magical and irresistible calling. I guess it’s the same strong attraction felt by the first inhabitants of this planet wrongly called Earth.

Memories of the first time I used the old mask of some fisherman on Los Muñecos beach at my beloved Veracruz come to my mind, with waist-deep water and much more curious than afraid I put my head into the sea, and just at that moment a community of bright fish was passing by; they spun around me but unfortunately the air in my lungs was depleted and had to go back to surface to breathe. It was at that moment when I realized what my life was going to be about. 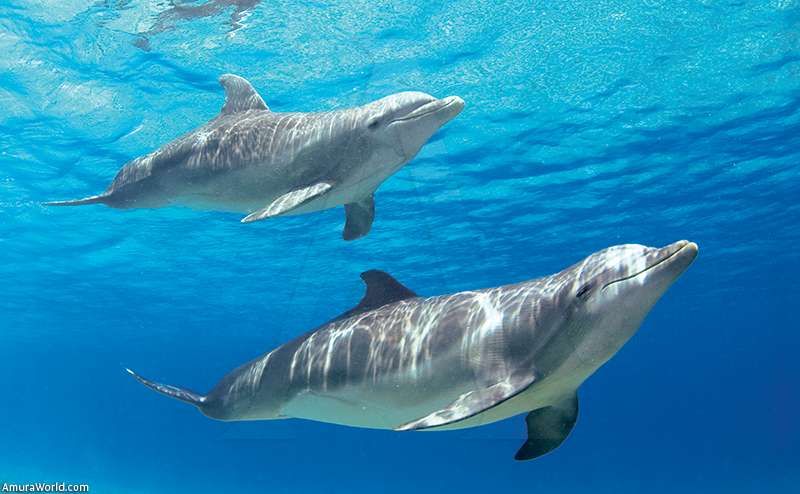 Human beings are poorly adapted to long, deep dives. But over the centuries, the men were compelled to create and build devices to remain larger periods of time in the sea, encountering a whole new world of infinite beauty and complexity that unfolds before the eyes of those equipped with a compressed air tank, regulator, fins and mask, and always daring to break the mirror of water. This is where the adventure really starts underwater because diving into the warm clear waters of tropical seas is like having a reunion with its inhabitants in their natural environment. It is also the direct revelation of the wide range of different life forms.

Seeing, taking pictures, studying or just getting caught up in the gentle currents of the fascinating underwater world, where you can move in three dimensions, hear the sounds of silence or just float without feeling the weight of our bodies, are all reasons why I could not get away from the call of the sea. But perhaps the most important factor why I enjoy diving is because in the silence of the depths I find my inner peace. 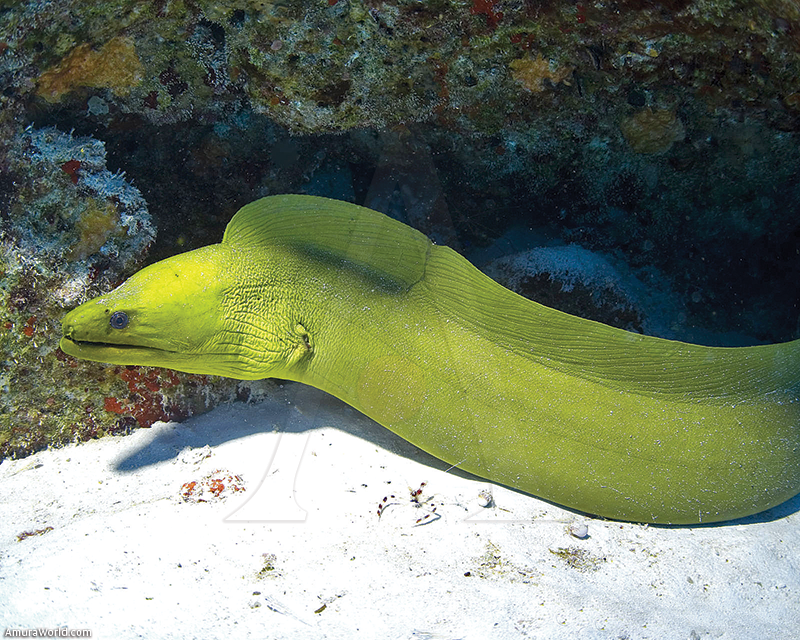 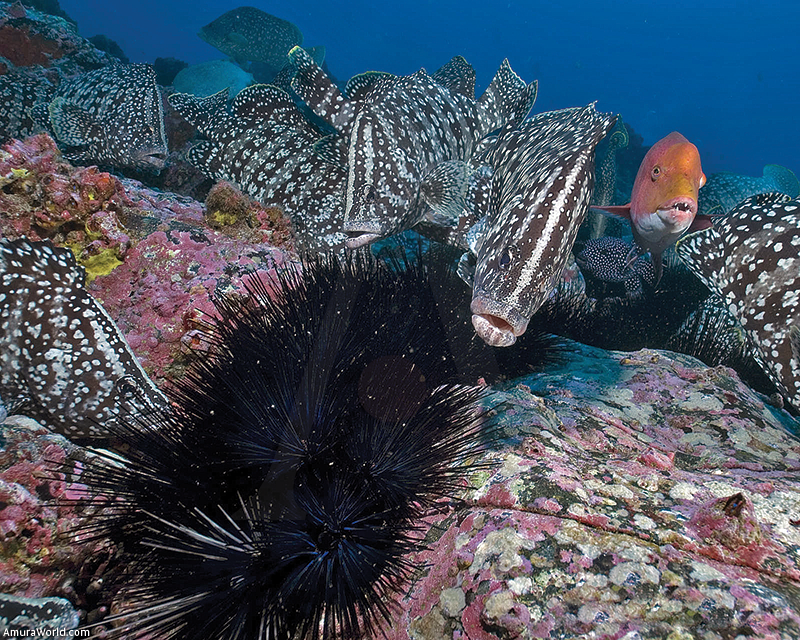 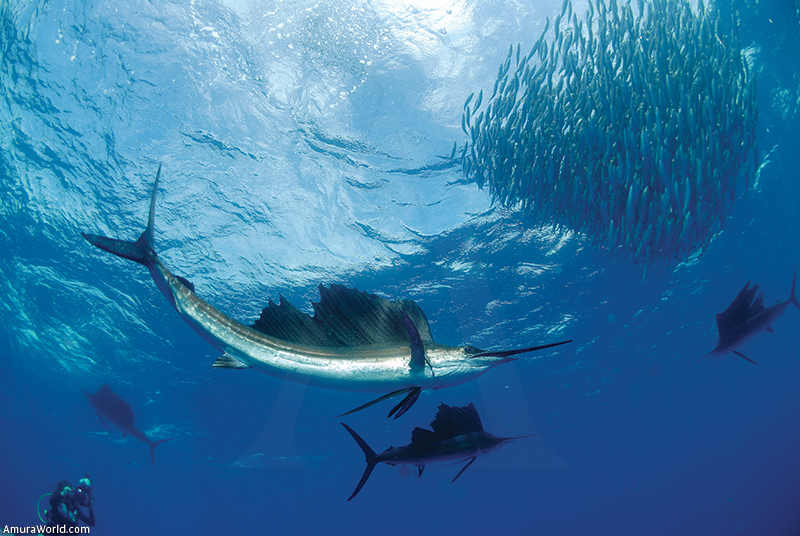 A new challenge and a new vision of the sea opened before me, I dreamed to meet the big fish I saw in the documentaries by Ramón Bravo, these groupers of the size of a Volkswagen, get on a giant devil ray to go in the sea and visit the cave of the sleepy sharks, which at the time had just been discovered, finding new places. And only one place could give me all of this: Cancun, in the Mexican Caribbean.

I arrived in 1976 in a motorcycle that was just about to fall apart; my luggage was one backpack with clothes, my dive gear and my Nikonos 1 camera. And of course, my pockets full of dreams and desire for adventure.

When I dove for the first time into the Caribbean Sea, I discovered an underwater world of increasingly blue hues; the current was gentle but constant, and the best: schools of fish were not chased away by my presence; a true paradise, and a dream come reality. 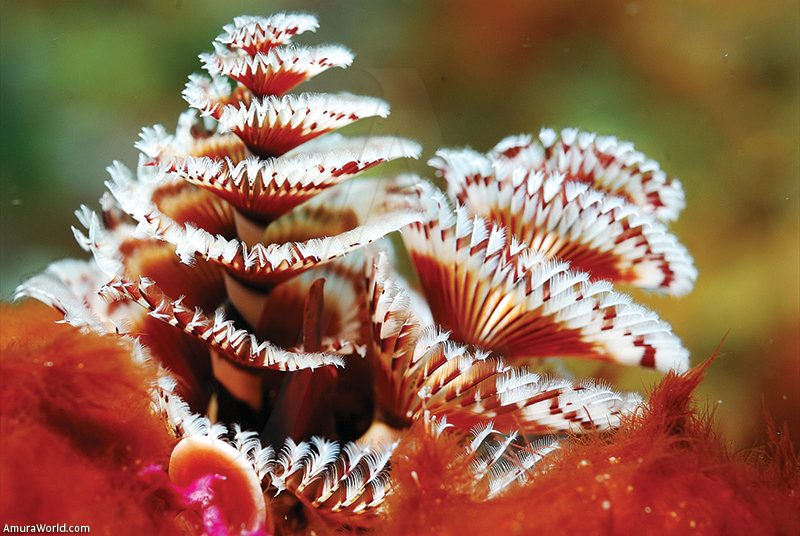 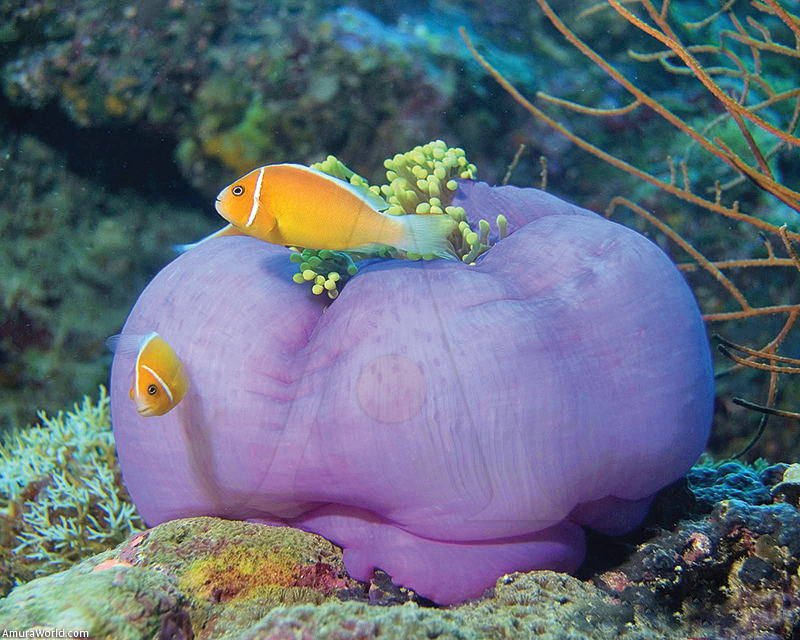 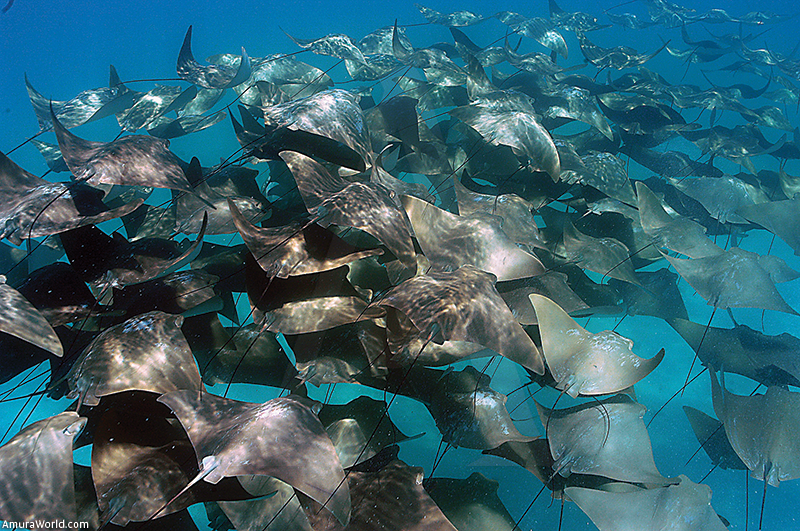 There is no living creature comparable to the coral reef fish regarding to its color. Any other being does not have its variety and clarity range of colors and patterns. The visual pleasure I got from watching them increases with the immense diversity of shapes and sizes. There were the Angel fish queens, the silvery tarpon, schools of barracuda that were so large that they looked like a wall, the happy jacks along with the curious that they kept me topped, laps, snappers and groupers were passing and when they saw me they just got in hiding. In the sunken ships the spotted eagle rays found shelter, while in their holes the green moray showed his sharp teeth in a threatening attitude. The cat sharks were huge. Snails were in the thousands, as also lobsters.

I was in the right place.

Over time I learned that the tops of seamounts are sites for concentration of life, attracting the most exciting animals of the sea. Some of my best dives have these magical places as settings: The Galapagos Islands, Revillagigedo Archipelago, Sea of Cortez, Cozumel, Cocos Island, Indonesia, Tonga, Fiji, Palau, Cuba. Famous for its large concentrations of sailfish, marlin, hammerhead sharks, tuna, big rays and dolphins. 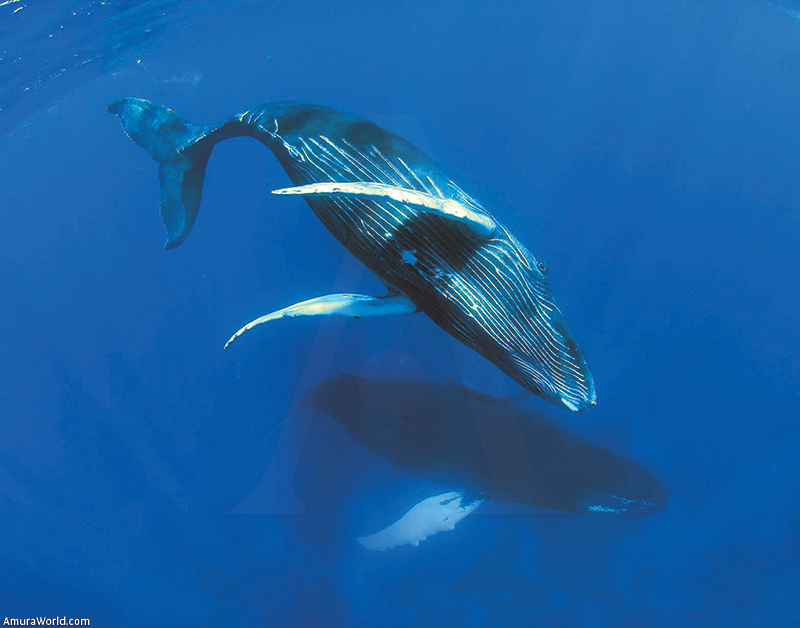 It took years before we knew that coral reefs are very similar to a city during the day, the pace of life is very active, while at nightfall only the quieter guests, the daring hunters such as octopuses, make their appearance. As if a community is involved, the reef has houses and apartments according to the needs of every being that inhabits it, as well as clean rooms.

Besides the beauty they provide to the seas, coral reefs represent a powerful barrier against the weather and the prevention of beach erosion.

Gradually, the sea is showing us its secrets, now its inhabitants are not evil creatures any more, but wonderful creatures struggling to survive and to share its very own space with humans. I do not feel that ancestral fear when I see a massive great white shark or when feeding the timid tiger shark or the hunter of the seas, bull sharks. In fact, now the sea is my ally, and I feel an overwhelming joy when I immerse myself in it. I enjoy when I see the sailfish sail to 80 km per hour, while opening its huge sail to warn his colleagues that their turn to hunt for sardines is at hand, this is a clear example of what is the pace of life at sea. 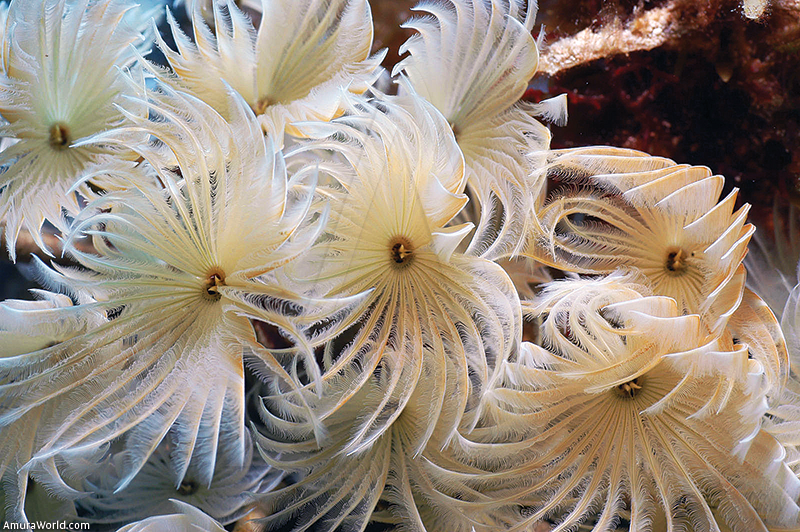 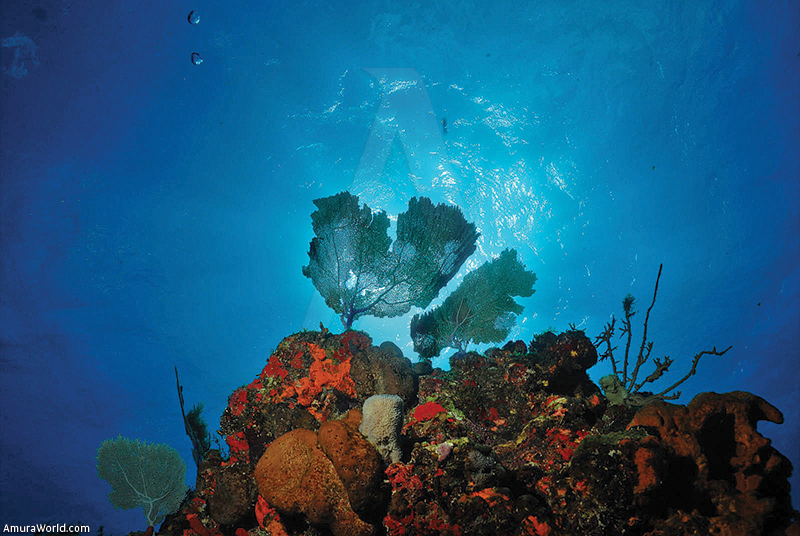 The oceans not only give us satisfaction. Most people are not aware of the importance that the oceans have for life on Earth. Since two thirds of its surface are covered in water, the seas play a major role in the physical, chemical and biological global processes. Even more, they absorb carbon dioxide, producing life-saving drugs, are also a major source of animal protein and are the habitat of countless species, in fact, the complexity of life at sea is greater than on land.

Water is composed of two hydrogen atoms and one oxygen atom, the molecule of water is truly magical for its thousands of properties make it literally the origin of life, and the return of the man to the great realm of the sea was inevitable. I was not the exception; in the course of time, I have been responding with great passion and promptitude to the seas calling.

Unfortunately, our irreplaceable oceans are wounded and in grave danger. The combined impact of overfishing, urban sprawl, pollution, global warming and illegal trafficking of endangered species have the world’s oceans at a dreadful risk, the same animal and vegetable life forms that have given us so much.

Probably the biggest challenge of my life is the one I am facing now: I try to know and use the sea for the benefit of man, but always trying to find a balance. But my main role is to protect it by all possible means, with a responsibility as deep and strong as my love for life.

I hope for people to remember that there is embedded in our genetic code a hidden, ancestral ability to harmonize with Mother Nature, something that is essential for future generations. 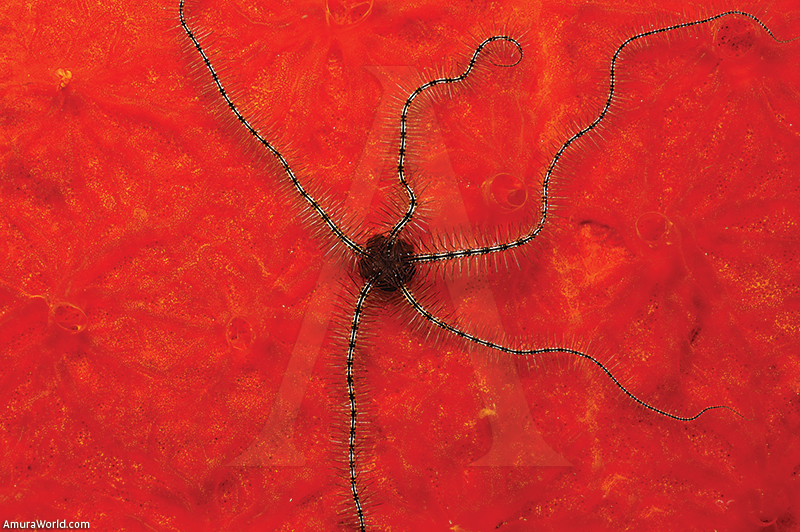