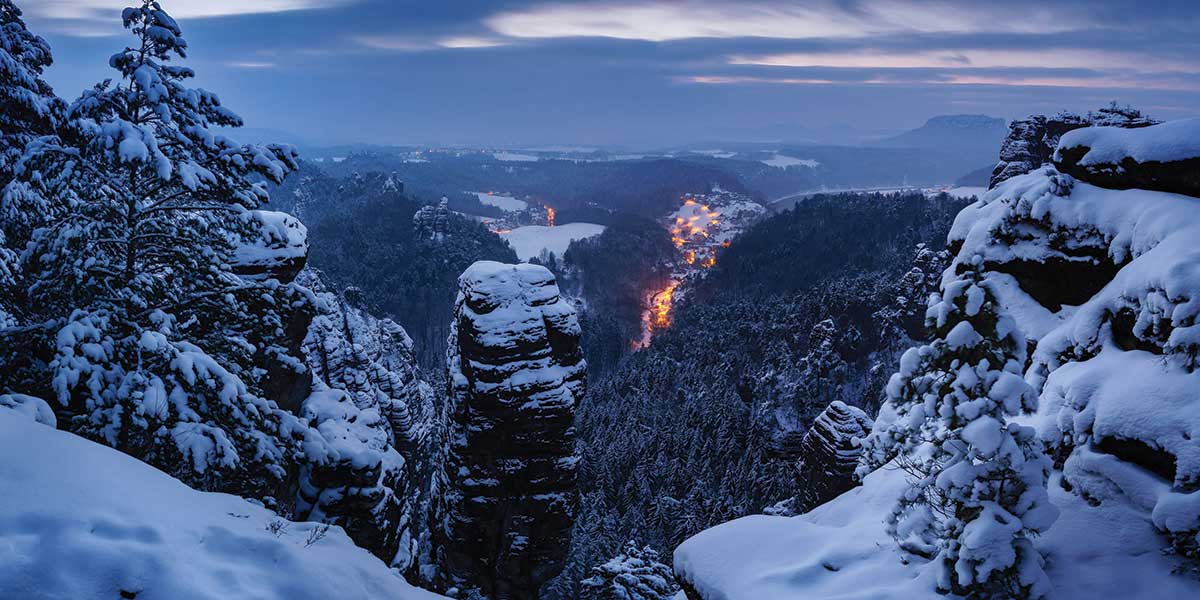 Switzerland has a UNESCO Biosphere Reserve and Natural World Heritage Sites, where efforts are made to harmonize human activities with the preservation of biodiversity and the sustainable use of natural resources

In 1914, while the First World War was starting, the Swiss National Park was inaugurated in Swit-zerland, in an area of 42,000 acres, which refers to the nation's interest in the protection of its environment.

Located in the canton of Grison, in the east of Switzerland, it was the first alpine park, considered today as an example of conservation and a perfect place to verify and study the environmental changes of the last century. Thanks to its optimal condition, since 1979, an area of 42 acres of the Swiss National Park was declared an Alpine Biosphere Reserve by UNESCO, together with four Swiss sites, also UNESCO World Natural Heritage Sites.

With this designation, Switzerland has one of more than 700 biosphere reserves, where attempts are made to reconcile human activities with the preservation of biodiversity and the sustainable use of natural resources. UNESCO's aim is to promote innovative practices in sustainable development and to counteract the loss of species by helping communities to better understand, value and safeguard the biological wealth of the environment they inhabit.

The animals and plants of Switzerland's National Park, now known as the Val Müstair-National Park Biosphere Reserve, are protected in a place characterized by flowing mountain streams, colorful meadows and forests that can be visited with due consideration and respect for local biodiversity.

Conservation regulations are very strict for visitors, who are not allowed to deviate from the road and can only spend the night in the park's refuge. This has kept the landscape intact, following the philosophy of its founders, pioneers in environmental protection, which was to ensure that part of life in the Helvetic hills developed naturally; throughout this century, any changes have been thoroughly studied, making it a field laboratory.

One of the requests of the local rangers is to avoid unnecessary intimidation of the deer, alpine ibex, chamois, marmots and golden eagles that live there, especially in the winter, because it takes much more energy to drive them away, as they find it strenuous to move over the snow and the low temperatures deplete their energy reserves, putting their existence at risk. Observation is welcome, but contact is not. 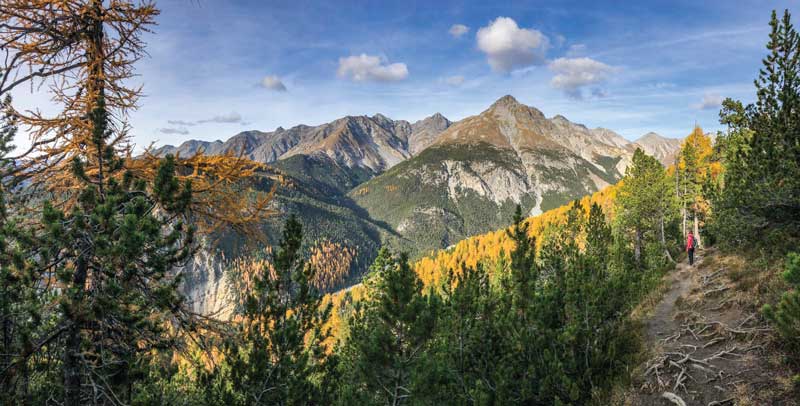 A 42,000 acres area of the Swiss National Park was declared an Alpine Biosphere Reserve by UNESCO, a sanctuary for animal life.

The howling of the wolves

Almost extinct from Swiss territory 25 years ago, the wolf has been reintroduced, and legal battles are currently being waged among society over the issue of whether or not it should be hunted. This mammal is nowadays a strictly protected species, which means that it cannot be killed, but the Federal Council has sought to remove it from this category and make it a game species, thus increasing its vulnerability.

In the draft of the new Swiss Law on Hunting and Protection of Mammals and Birds, proposed by the Federal Council, in addition to the wolf, two more protected species were included: the boreal lynx and the beaver.

The current Law, in force for 25 years, was subject to revision, in a process undertaken in 2019, with the approval by the Swiss Federal Government. In the face of opposition to this draft Law from part of society, it initiated a campaign to collect signatures, obtaining sufficient numbers for a referendum, in which it was finally voted not to replace the current Law.

The negative perception of the wolf is held by some Swiss sectors, based on its predation on wild ungulates (including the mountain goat) and domestic ungulates (livestock). In the first case, the size of wild ungulate populations has increased in recent years, despite the fact that they are subject to hunting management.

In the last quarter of a century, 14 wolf specimens have been killed, specifically non-breeding specimens (solitary adults and juveniles), in order to avoid breaking up family groups and creating more problems than solutions. In wolf pack monitoring studies, it is claimed that there are at least seven family groups throughout Switzerland. 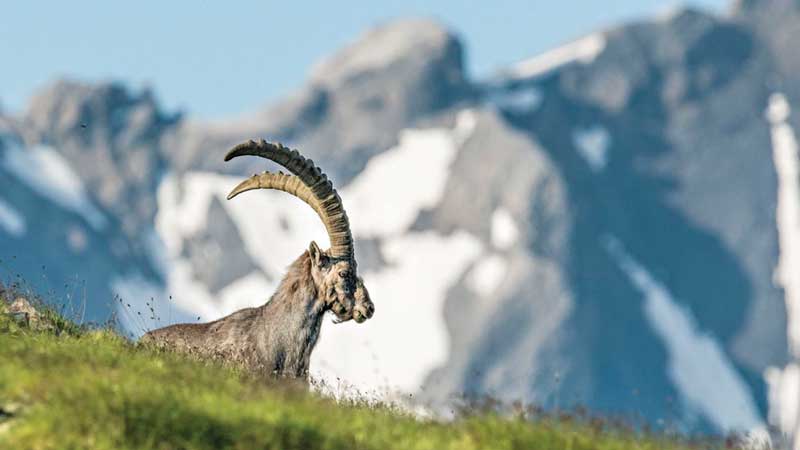 With the regulation of hunting areas, wild animal populations were able to reproduce and recover, including ungulates and red deer. 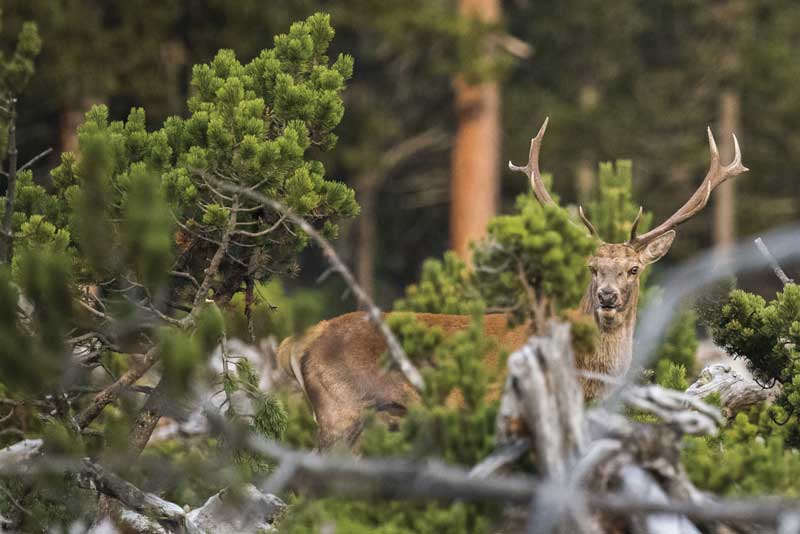 With the regulation of hunting areas, wild animal populations were able to reproduce and recover, including ungulates and red deer.

In order to protect endemic Swiss species – mammals and birds – some of which are endangered, as well as their habitats, there are 42 federal hunting reserves covering an area of 370 acres. The first victims of hunting and the disappearance of the forests were the ungulates, including the mountain goat and the red deer, which were eradicated.

With the legal regulation of hunting (restriction of the season, defense of females and young, establishment of an efficient guard) and the establishment of federal preserves at the end of the 19th and beginning of the 20th century, wild animal populations were able to reproduce and recover, including ungulates, grouse, black grouse and ptarmigan.

The Swiss National Park, better know as Val Müstair Biosphere Reserve-National Park, is one of the 700 protected sites on the planet. 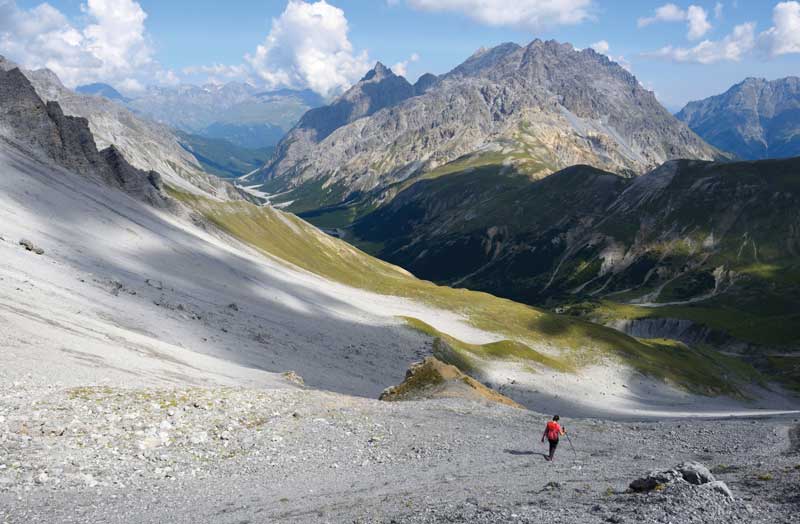 Trails are allowed in the Swiss National Park, respecting the marked trails.

Switzerland receives thousands of visitors every year, whose recreational activities and accommodation in their habitats affect the local flora and fauna by increasing the daily disturbance with their presence. In addition to voluntary and self-responsible measures by tourists, laws and ordinances ensure that protection objectives are achieved.

In wildlife sanctuaries, the needs of the animals are a priority. In the case of winter sports, such as snowshoeing and ski tours, they are usually restricted by zones, using only designated routes to respect wildlife retreat areas, without forgetting that these practices are limited to certain times of the year. For this reason, it is important to be informed about the location of sanctuaries and to know the rules to follow.

The four basic rules for visitors to sanctuaries are:

In order to preserve the planet's biodiversity, UNESCO named four Swiss natural areas as Natural World Heritage Sites, enjoying international recognition and technical and economic assistance to combat threats such as indiscriminate logging for crops, the introduction of exotic species and poaching. 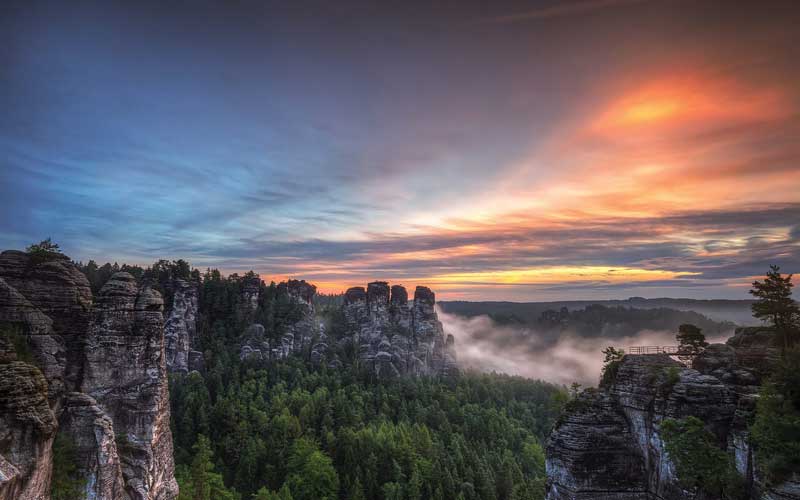 For the protection of endemic species, there are 42 federal hunting reserves in Switzerland.

The history of the world-famous Saint Bernard dogs, a symbol of Switzerland, is on display at the Musée et Chiens du Saint Bernard, inaugurated in 2006, in Martigny.

On display are specimens of the breed originating from the Swiss Alps and northern Italy. The first specimens were bred by the monks of the hospice founded by Bernard of Menthon to help rescue travelers on their way to Rome who in winter were trapped in the snow or buried in snowdrifts or avalanches. 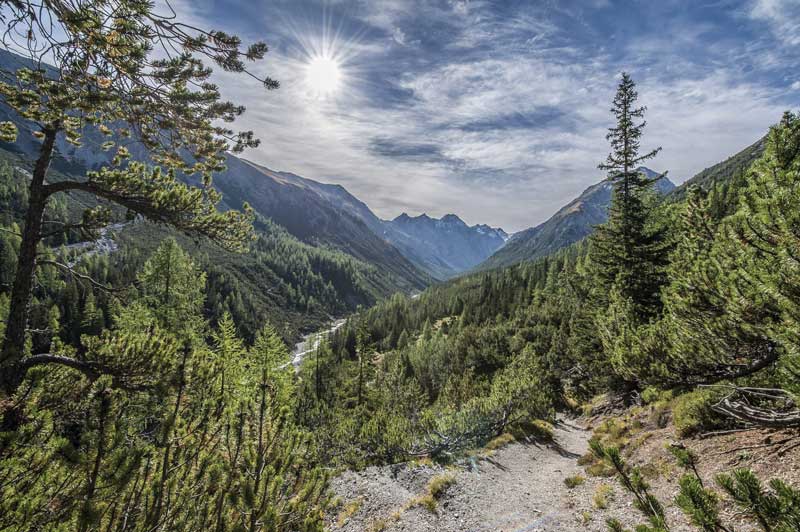