Situated on Sentosa Island, the SEA Aquarium houses 100,000 animals of more than 800 marine species, with a pool of 18 million litres of salt water, that was opened on December 7th, 2012.

With its 707.1 km2 of territory and almost 3 million inhabitants, Singapore is the smallest country in the Peninsula of Malaysia, but it is also the more important shopping and services Asia-Pacific Emporium, in fact its ports are the most efficient in the world and, as if all that out, it also has the largest aquarium in the world.

The SEA Aquarium is on the Singaporean island of Sentosa and is considered by its territorial extension, its facilities, the great amount of water and the thousands animals species, as the largest oceanographer of the world. 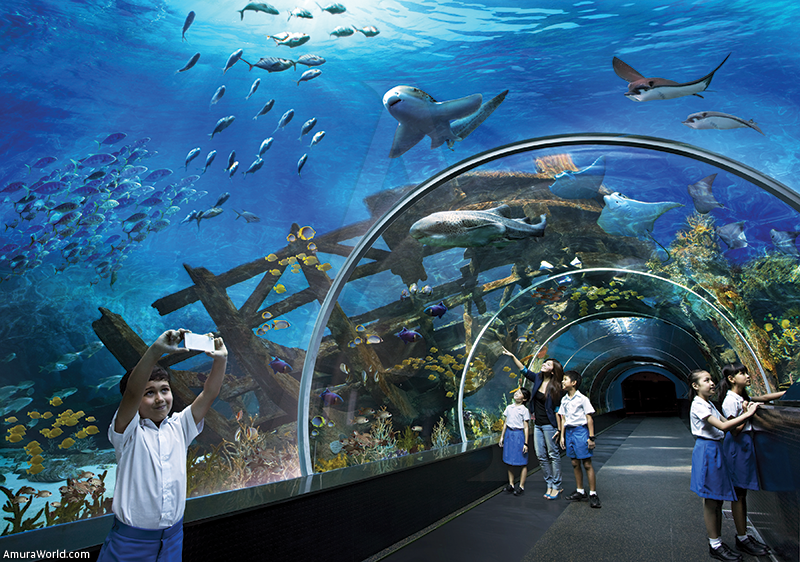 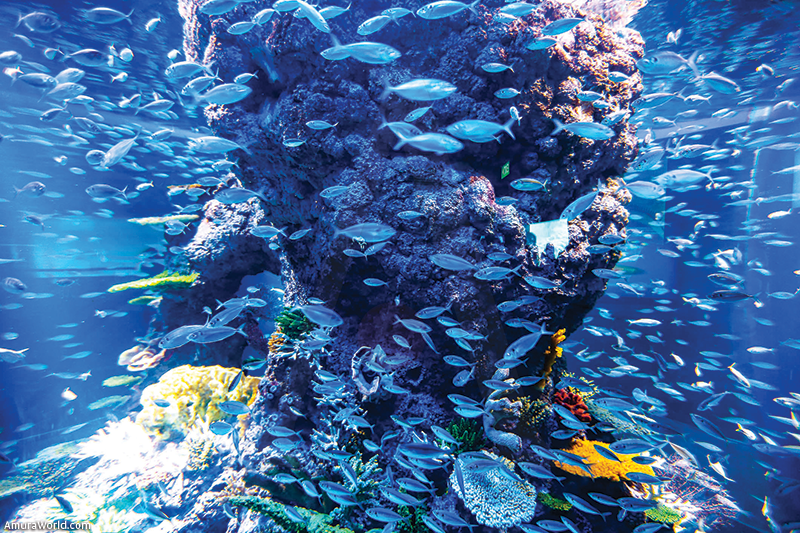 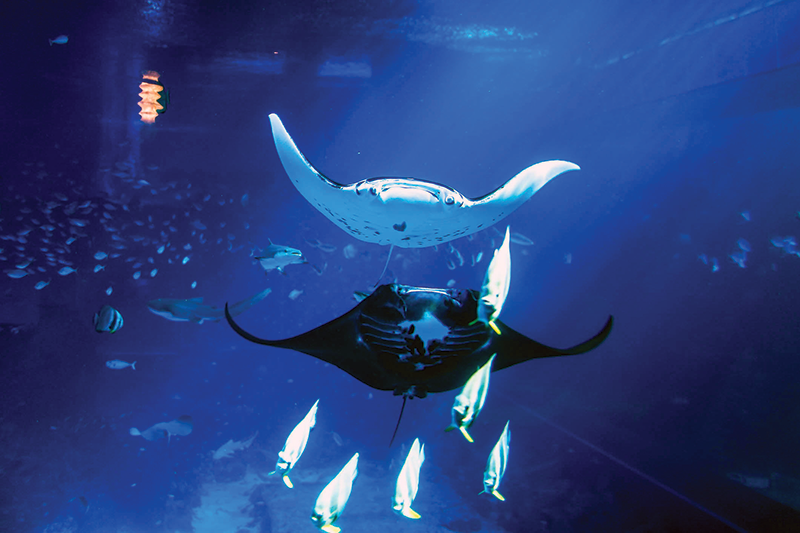 It has outperformed the aquarium in Georgia, in Atlanta (United States), that contains about 10 million gallons of water and was opened in 2005, housing the only sharks whale

outside Asia. However, the Aquarium of Singapore won the Guinness world record for having the largest acrylic panel in its Gallery of the ocean, with more than 18 million litres of salt water. This area is home to majestic stingrays, enormous Goliath groupers, napoleon fish and other giants of the sea. Visitors can interact with more than 200 sharks and discover the myths about these predators, as well as take a look at a girl in a rock crevice or visit an underwater reef community.

The tourists plunges into the underwater world and see the Karimata Strait and the Java Sea, the Strait of Malacca and the Andaman Sea; the Bay of Bengal, the Lakshadweep sea, the Persian Gulf, the Arabian Sea and the Red Sea, between other places over the adjacent to the oceans.This spectacular tourist attraction, The Resorts World Sentosa, in Singapore, cost $7 million of dollars and The marine Museum opened its doors on December 7th, 2012. So that more than an aquarium, it really is an area dedicated to marine life, a water park called Adventure Cove Waterpark which has slides hydromagnetics, a centre of Universal Studios and the “Marine Life Park” casino making Singapore a tourist pearl.

Between its great amount of species, including dolphins, sharks and rays, it is possible to dive on the edge of a reef to observe the fishes closely with mask and snorkel.

The Resorts World Sentosa complex has attracted to more than 30 million visitors, since its opening, in 2010. 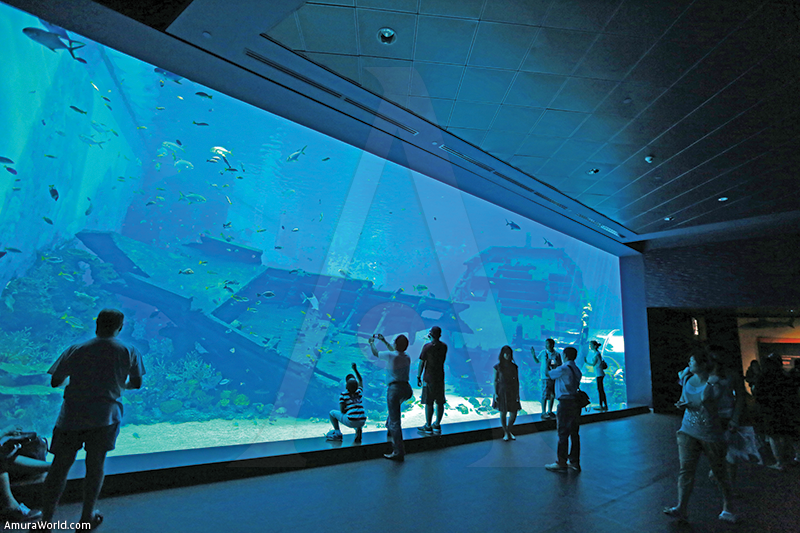 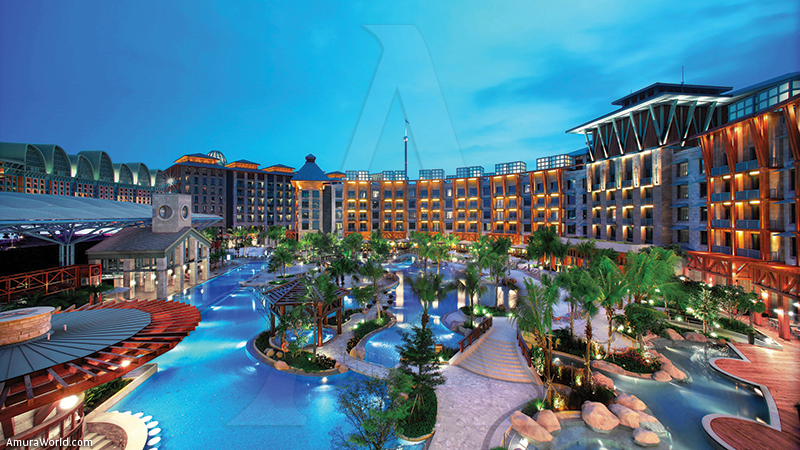 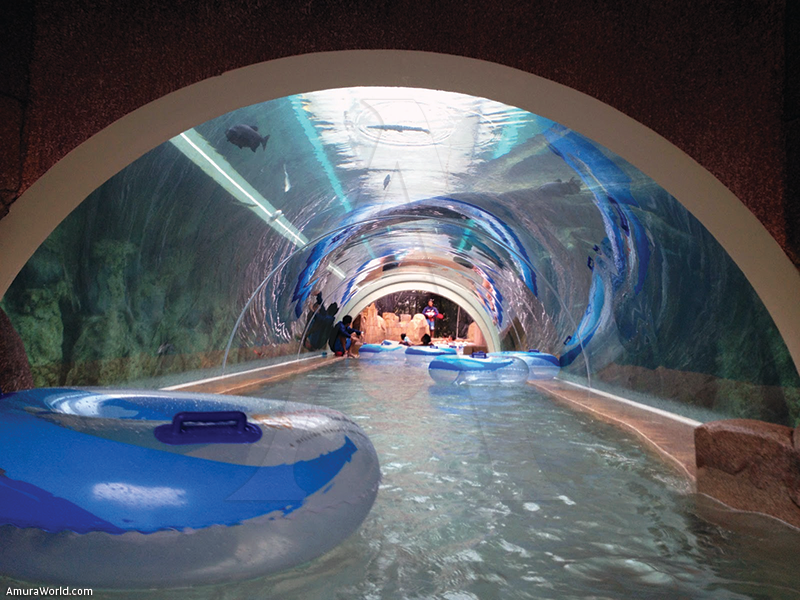 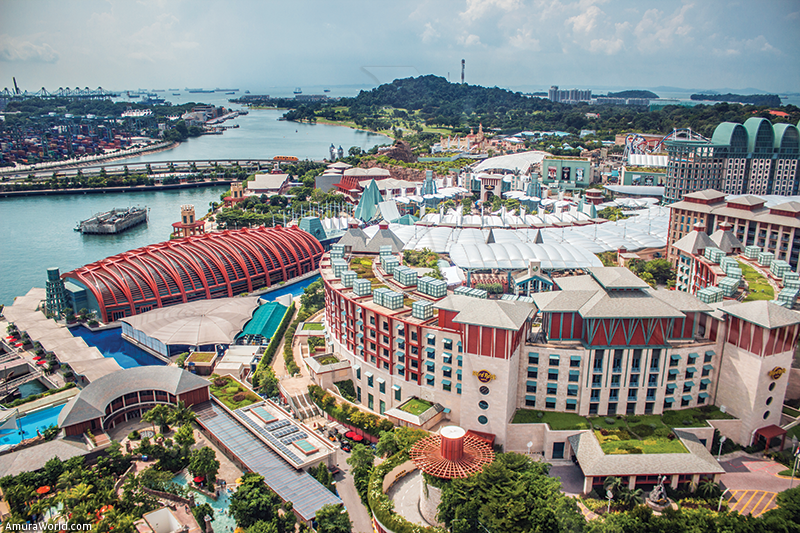 In this adventure by the fascinating world under the Karimata Strait, in the inferior-oriental part of Sumatra, surprises a splintered hull, perhaps vestige of a monumental shipwreck, which has become a thriving marine habitat with moths, horses mackerel and fishes bat.

Strait of Malacca and the Andaman Sea

On this area you can walk through a floor of glass that allows us to contemplate how predators and other species swim in the ocean, just underfoot, and explore the waters of Singapore and Malacca habitats, the home of lively Leopard.

Bay of Bengal and Lakshadweep Sea

The home to a wide variety of plants and animals in danger of extinction. Marine life lovers can discover the inhabitants of this mangrove as the periophthalmus barbarus (fish of the order of the perciformes) or fish bat silver, using the extensive network of roots of the mangrove trees as nesting and breeding areas. Later there are coral reefs that are similar to those found in the Lakshadweep Sea, a place filled with unique marine species, such as the angel fish, and it’s located in the northern part of the Indian Ocean, that borders the South-West of the Indian coast. 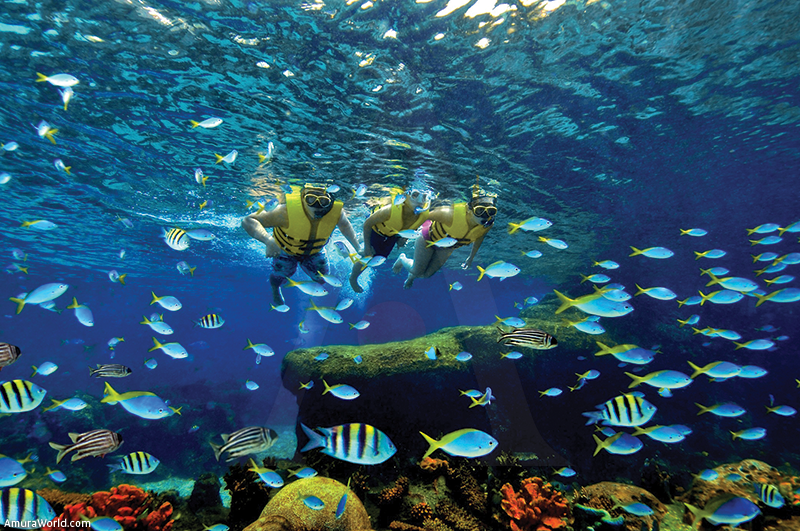 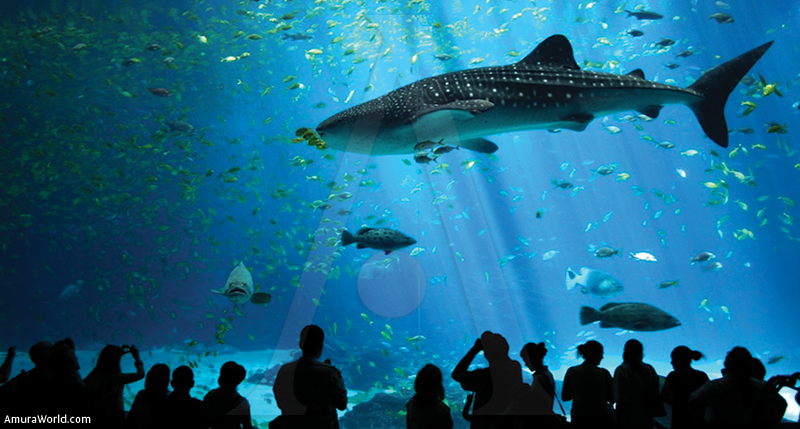 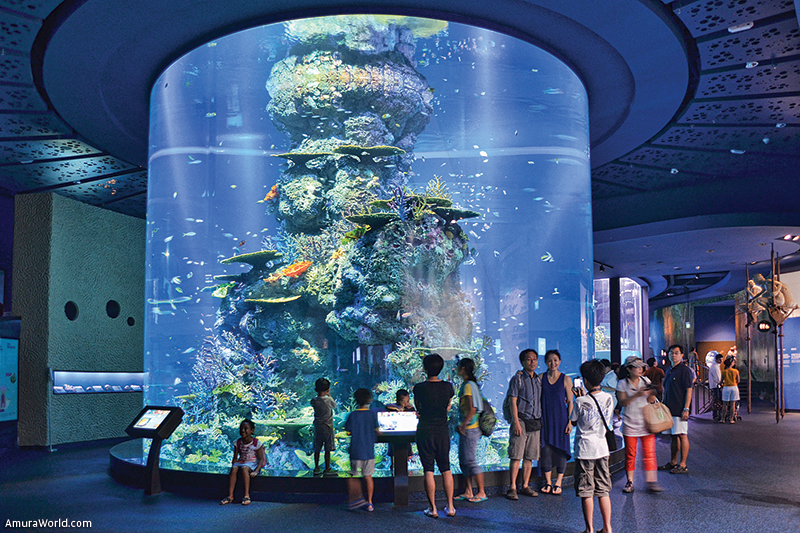 The warm waters of the Arabian Sea and the Persian Gulf constitute one of the world’s largest marine sanctuaries. Seen from the steep and rough rocky Persian coast, we can appreciate the bright fish bat and also contemplate the great underwater hanging gardens.

Often called the “Rainforest of the sea”, this sea is home to a wide variety of hard and soft corals because of its warm waters and high salt content. Coral reef habitat offers glimpses of a huge variety of marine life in one of the most beautiful ecosystems in the world.

In addition to the beauty of the underwater world in one of the newer ponds in the world, whose display panel measures approximately 35 meters wide by nine of height. Besides, the Aquarium not only offers an impressive display of habitats, but also information and programs for the conservation of the species living on it.

The interaction of the public with animals poses a strategy to support the education of local communities. Within the premises of the Aquarium “Ocean Restaurant” is located with large panels display the magical marine world, where the contemporary California cuisine, with a varied selection of wines, awaits its visitors.

Sentosa is reachable from the Mainland via connected to the main island of Singapore or by means of a cable car, which has its origin in the mount Faber and passes on its route along the promenade of the port.

The island is also accessible by the monorail SGD (140 million dollars) called “Sentosa Express”, which has four stations on Sentosa and opened just on 15th January 2007. The terminal station of the line is at the VivoCity Mall, which in turn is serviced by the Harbour Front of the Northeast line station. The trip lasts four minutes.

Within Sentosa there are three bus services, identified with the colors Blue, yellow and the red lines, as well a streetcar named Beach Train Service (the train from the beach). By the way, tourists are allowed to enter the island since 1998.

Sentosa has an extension of protected beaches of over two kilometres in length on its southern coast, divided into three portions: Palawan Beach, Siloso Beach and Tanjong Beach, which are artificials and the regenerated sand was bought from Indonesia and Malaysia..