A revolution revealed in 2006 is now paced between Jaeger-LeCoultre and Aston Martin: A vertical start chronograph that is activated thanks to the vascular movement of its case.

An ingenious mechanism that allows starting, stopping and setting the chronograph on cero by simply pushing on the watch’s zephyr Chrystal.

The recent Calibre Jaeger-LeCoultre 751E, equipped on the AMVOX2 Chronograph DBS watch, is able to offer and extremely easy usage, which has never been reached before until today.

The happy owner of a watch like this has the privilege of piloting the watch like when piloting an automobile. A simple gesture is enough, a gesture so natural that it becomes an extension of the hand and can be done at any time, without bothering the user’s concentration.

The start and stop functions of the chronograph are activated by pressing the crystal at 12 o’clock, while setting the counters on cero is intervened by an analog gesture, directed this time on the crystal’s 6 o’ clock. An integrated technical concept.

The vertical start system is a prodigy without precedent, gallant of a facility and simplicity of use that are simply great, based on a new integrated mechanism in a revolutionary watch case. 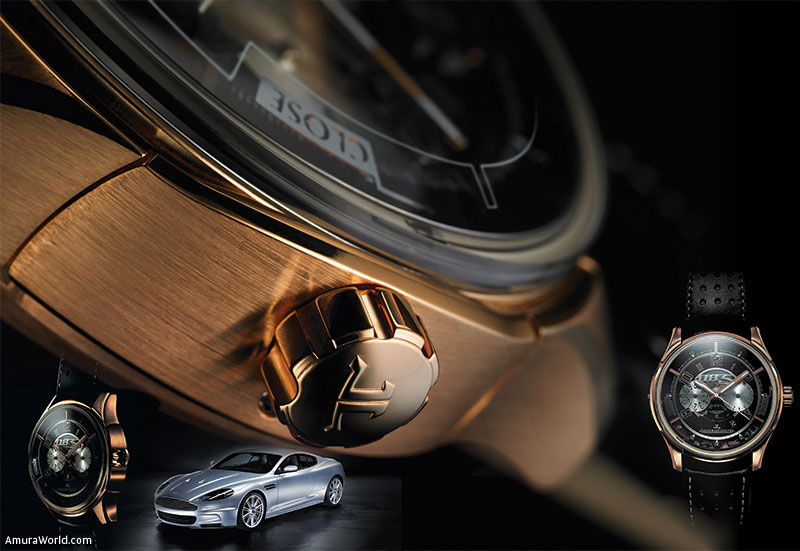 Designers decided to play with transparency to give the AMVOX2 Chronograph DBS a mechanic soul, in perfect harmony with the dynamic lines and the power of the prestige automobile universe from which it is inspired.

The openwork in the center of the sphere allows it to reveal the bridges and the ruthenium colored plate.

The support bridge from the chronograph counters is transparent and it hoists a surrounding form, leaving a wide round space at 6 hrs in order to leave space for the march indicator disc that is decorated with the famous Aston Martin emblem on the side.

The AMVOX2 Chronograph DBS watch possesses a high degree of inventive mechanics and qualities such as: reliability, robustness, longevity and precision.

The AMVOX2 Chronograph DBS reveals a temper that is out of the ordinary. The 65 hour march reserve increases the time, during which the watch will work with an optimum precision.

This watch will be launched in two limited series. One will have 999 units made of titanium. This edition will be joined by the first model of the pink gold collection, limited to 300 units.

But this exceptional “time keeper”, is also the product of intense technical and artistic research that perfectly express the union of elements that exist between the motor company and the Haute Horlogerie reference manufacture. 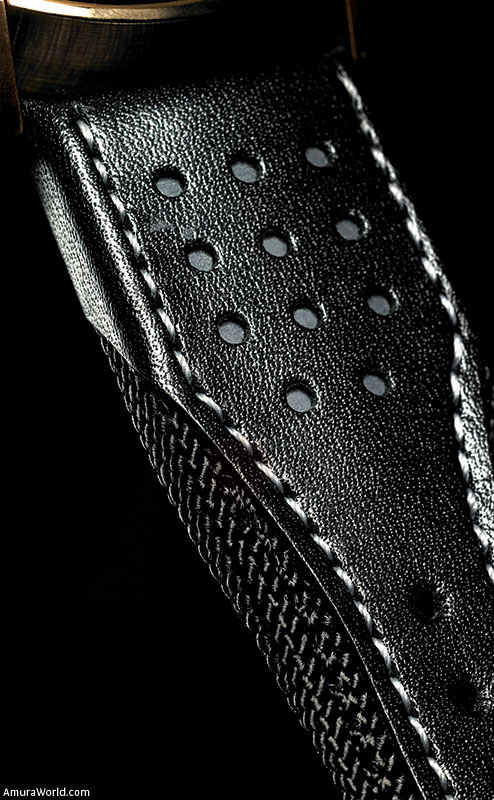 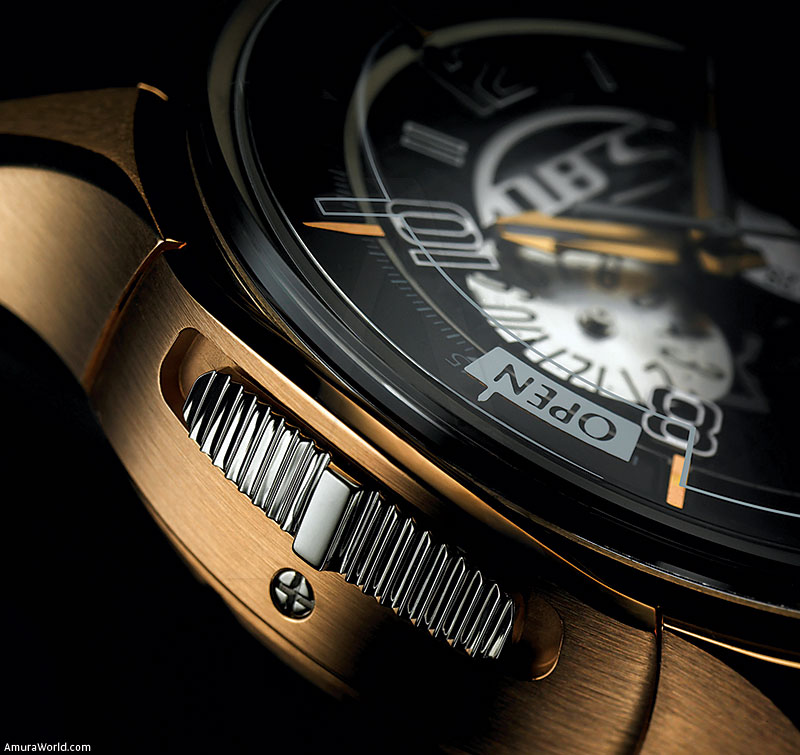