The golden ellipse by patek philippe

It’s a tradition for Patek Philippe to create collections capable of crossing ages, that’s why the manufacturer is now celebrating the 40th birthday of its legendary Golden Ellipse. With a first platinum version and an exclusive two watch set with matching jewelry in a 100 limited piece edition.

This magnificent set of two is the perfect choice for people whose togetherness is just as Harmoni- ous as the divine proportions of the Golden Ellipse. 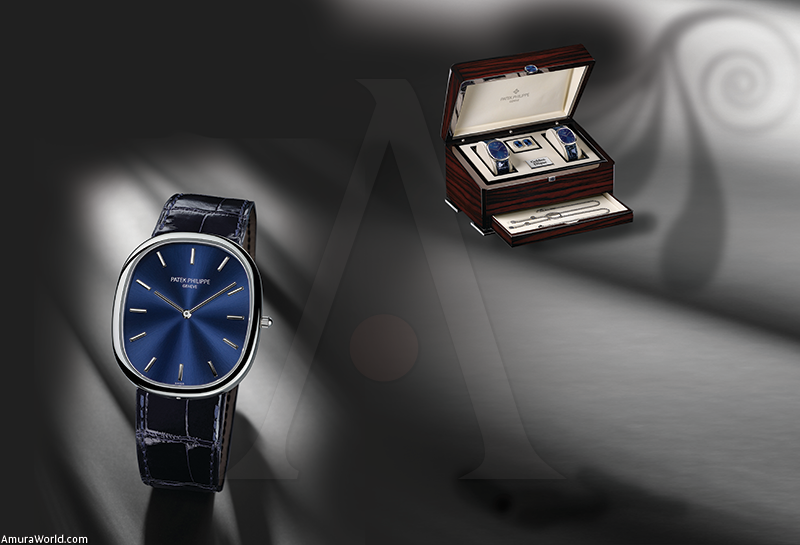 For ladies, the leather-lined drawer contains a graceful 18K white gold necklace with Golden Ellipse pendants and 69 flawless Top Wesselton diamonds as well as 29 glistening blue sapphires, one of which is cabochoncut.

The extra large Golden Ellipse and the cuff links are also available separately. The platinum-case and the necklace, however, are available only in one of the 100 the limited edition anniversary sets.

This exquisite case reminds us how Patek Philippe since 1868when they created the first Swiss wrist watch, they set out to be most exclusive brand in the world.