One of the most technically innovative watches, ever conceived, designed and produced as one of the top ones in the last 100 years is without a doubt the new edition that the jewelers house Ulysse Nardin presents: Freak Blue Phantom.

Any other watch company has fabricated a piece such as the Freak, in 18 carats gold. Besides, the bridges and the metallic parts have been covered with a stainless blue titanium alloy (through an ionization process), with a spectacular view of the mechanism.

The metallic parts have been rebuilt to adjust them with the new blue coat and it has a thickness of a micron and a hardness of 1500 HV. It is about a spectacular visit of this “Rhapsody in blue”. The point of the indicator of the hours and minutes has a Superluminova, in such way that, it highlights the visibility in the time indication. 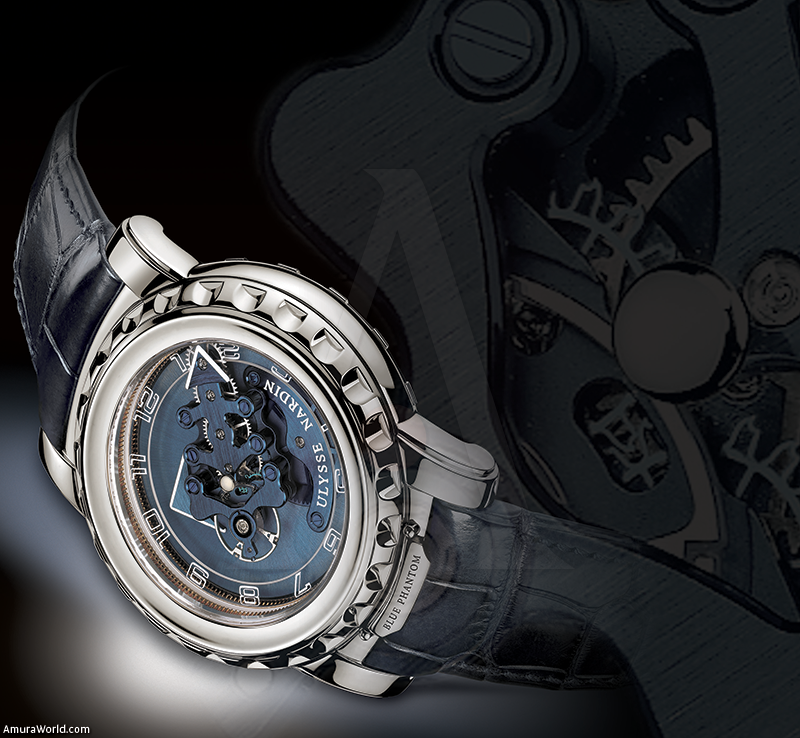 The Freak is the result of the technical effort, of three well known watch engineers. The arrangement of the parts was unconceivable anti-orthodox since it has not a conventional box; the crystal and the beveled edge are part of the movement. This edition has no crown, nor hands and all the movement indicates the hour.

It has fewer pieces than any other watch today, with a tourbillion carrousel of necessity. None of them has been designed like this. The Freak Blue Phantom is the forerunner in the silicon use, in the context of the necessity and not as an ornament.

While the engineers of Ulysse Nardin developed this innovative escape they explored the different opportunities with the implementation of the nano-technology. In fact, the precision and the lightness confirm the unique abilities of the silicon in the production of the escape wheels.

The Double Escape Ulysse is the vital part of the movement of the watch and it is made of a new material very light but extremely strong: Diamond Sil.

The Double Escape Double has two wheels, allowing a natural force transmission. The force and movement has the same alternative direction, in the direction of the hours, with the first wheel and, in the opposite direction, with the second one.

The wheels have now 18 active teeth, which warrantee an excellent transmission of the energy to the oscillator. It does not need lubrication and the transmission is made through a gear mechanism.

No other watch company has made a piece such as the Freak, technically more innovative and ever conceived until today. 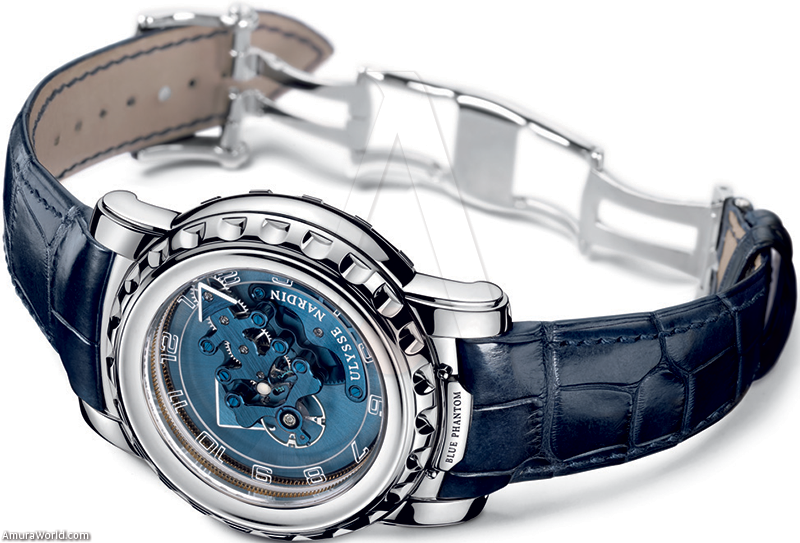 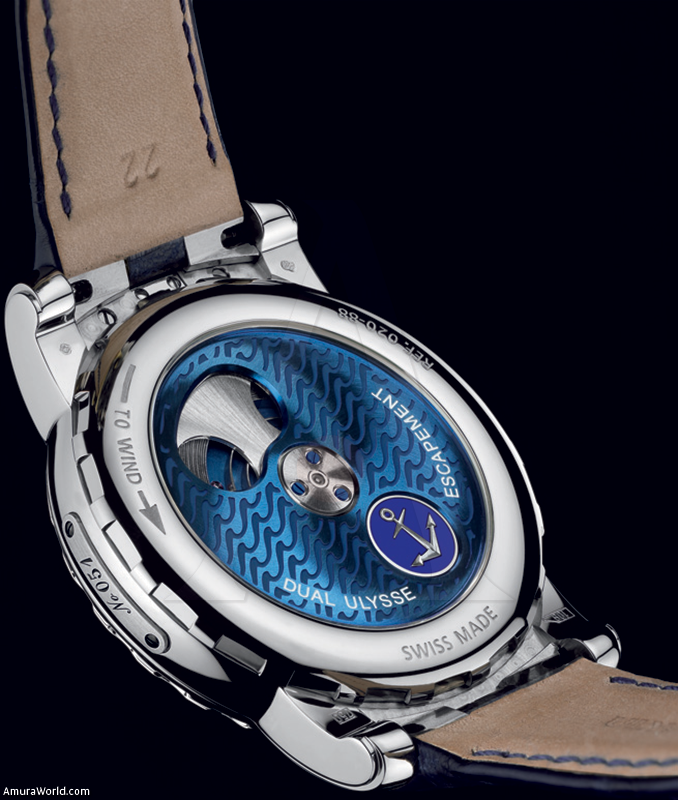