New airs are blowing in the world of fashion; the prefabricated heroes used to advertise a look are giving way to a real people. Authenticity is the order of the day and the most valuable concepts emerge from the capability of expression of the person to which high fashion is limited only to describing and adding a touch of distinction to an anonymous discovery.

For today’s fashion, emotional motivation is the most powerful conceptual element and looking yourself is really an art. Using style to reflect life with all its challenges, triumphs, disappointments, laugther and even stress is much more complicated that inventing an ideal to replace reality. That is why a new fashion icon has emerged; natural man; he who does not seek to prove anything through his dress, his social status, his professional identity or his personal preferences, he is just him, a person whose selection flows directly from his passion for life, whose style manifests itself in that je ne sai’s quoi of original people. Those who are not led by fashion and even so, don’t let it pass them by.

A mega-trend has taken over male fashion: Upper-casual, which proposes a flexible way of showing off the power suit. Now, it is possible to wear business attire without a tie, play with colors using secret details known only to the wearer; in summary, experiencing new schemes that allow formal dressing without formality. 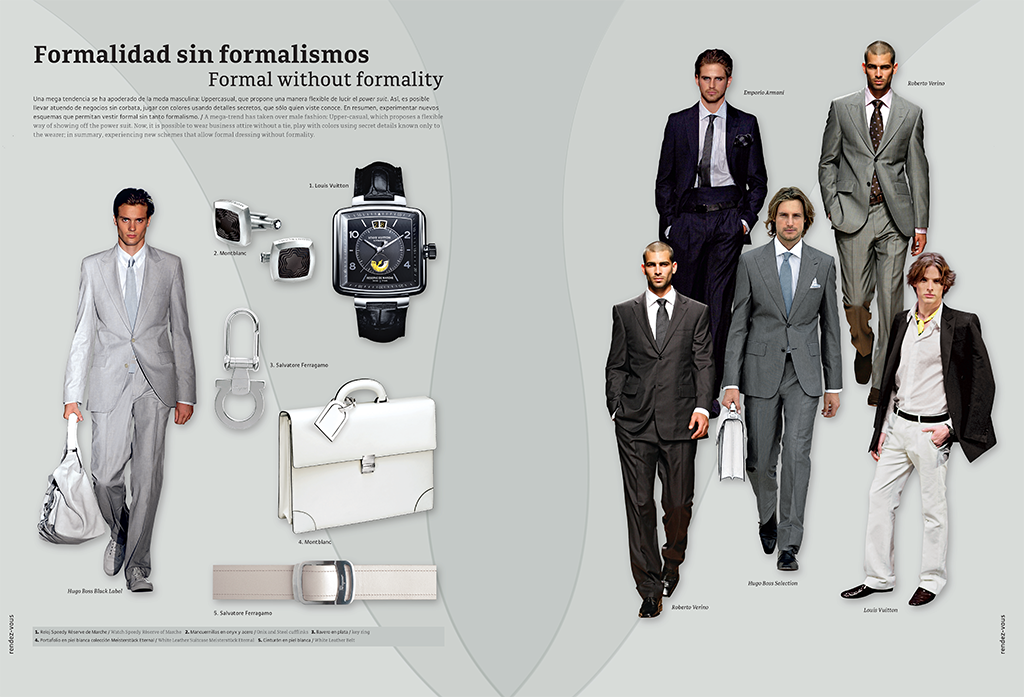 Golf is an aristocratic sport because of it dress code, which is better observed to avoid the disgust of the field master. Going out onto the course comfortably, elegantly functional and with a suggested touch of luxury is fashion’s proposal to ensure an impecable style handicap. 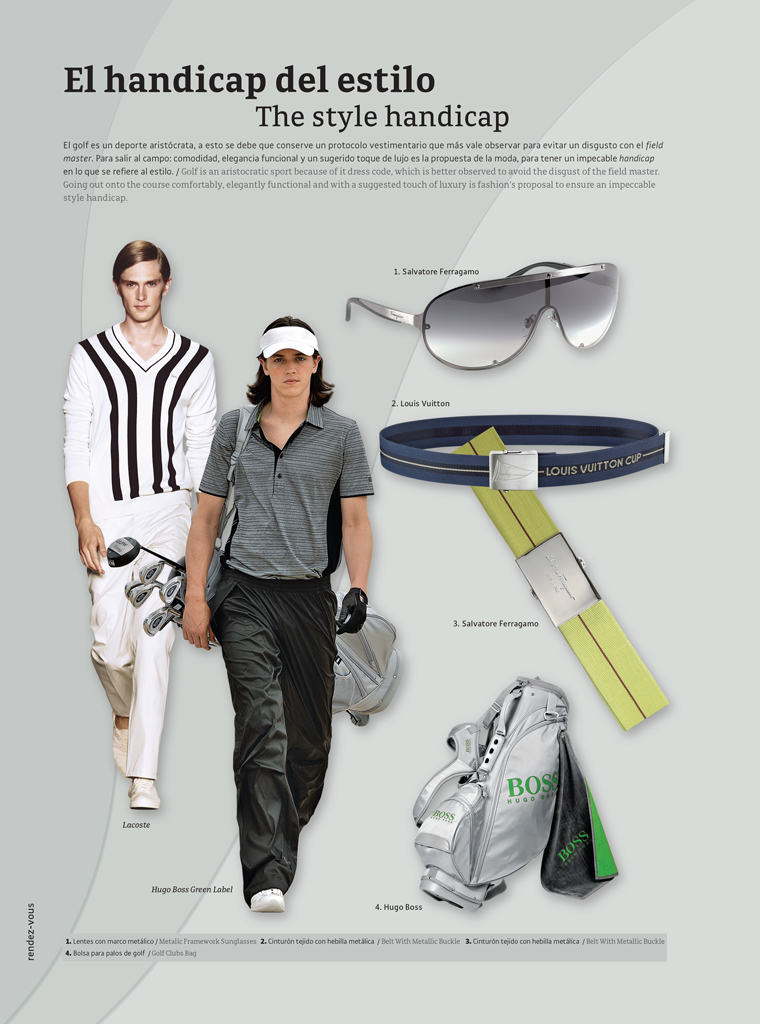 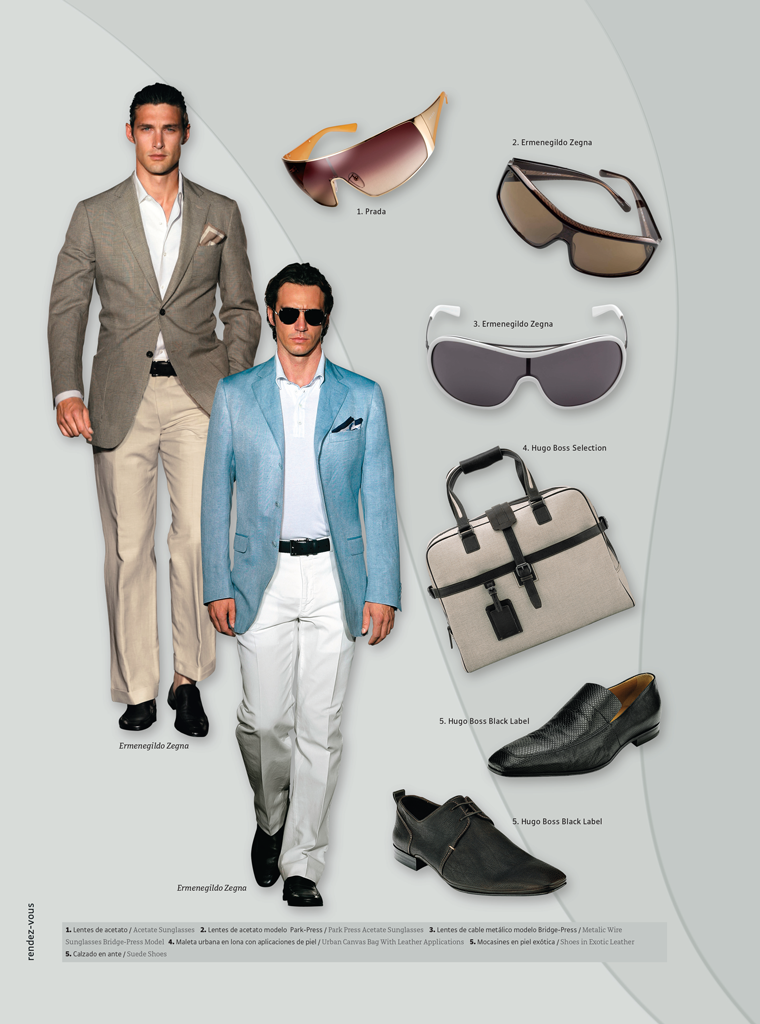 Nothing is as spontaneous as the casual wardrobe full of favorite clothes: these that without a thought are packed in a suitcase for an unexpected weekend away. And what better moment to enter casual territory than in summer when color and freshness allow even more dress freedom. 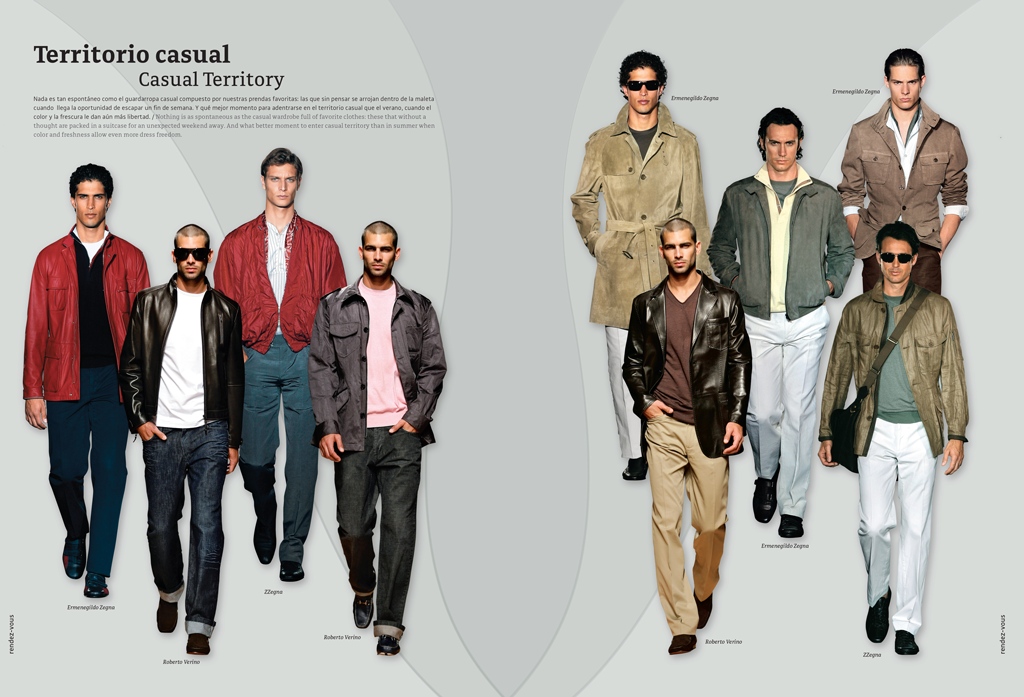 Satisfying your sybarites inclinations is something that every world desires. It is time to payback and to lavish him, as well as to return him a little for everything that he has given us. Here are some choices at the height of his sophistication. 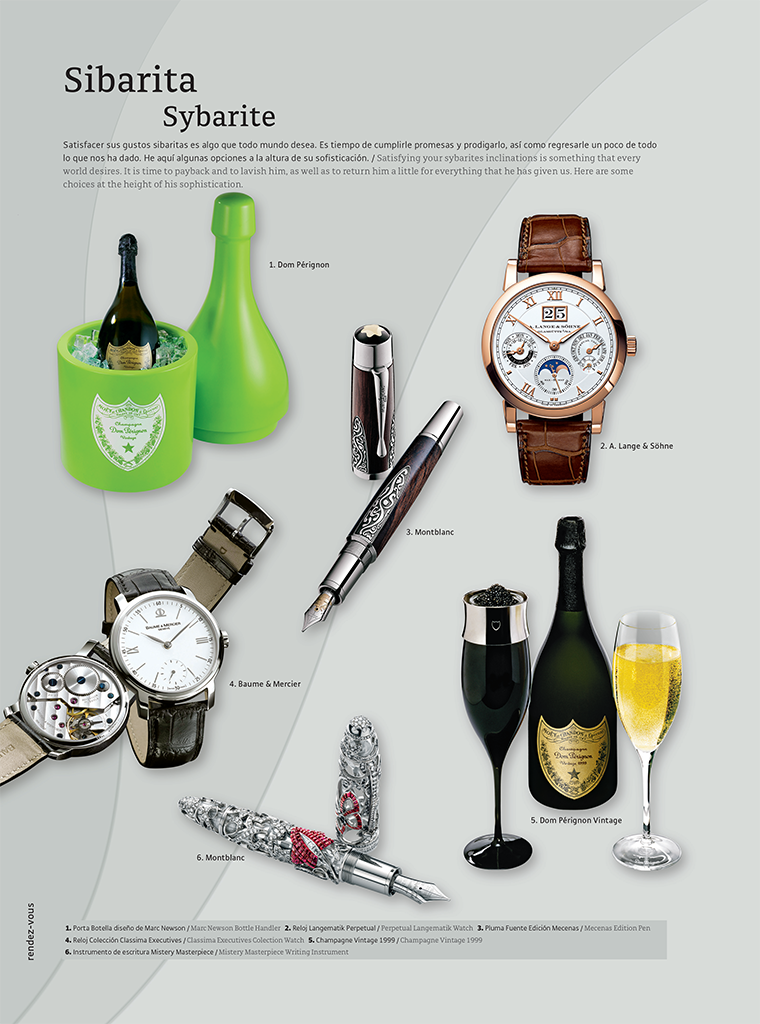 A veiled wish for adventure, to escape from the routine has placed sailing clothing at the forefront of urban male attire and in the collections of the most renowned fashion houses. The sport has a great influence on male fashion; particularly waterspouts enjoyed in the sea under a horizon of freedom. 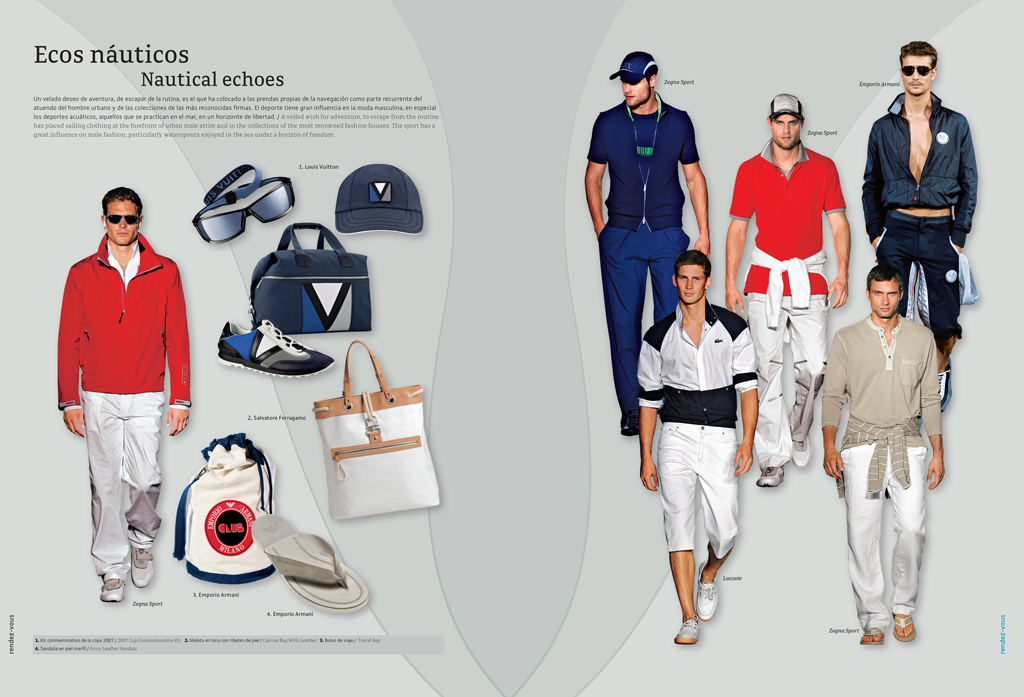