Auctioned the most expensive bag 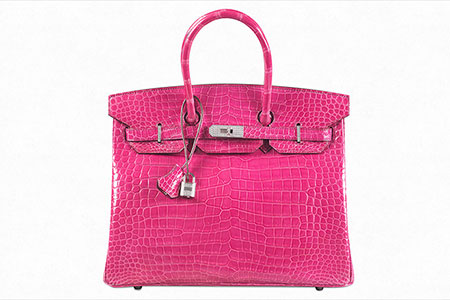 Auction house Christie's auctioned a designer handbag by Hermès $ 221.846, a record that became the most expensive piece in the bag ever sold at auction.

Made alligator, fuchsia pink, this model Birkin bag from Hermès has inlaid in 18K gold and diamonds.