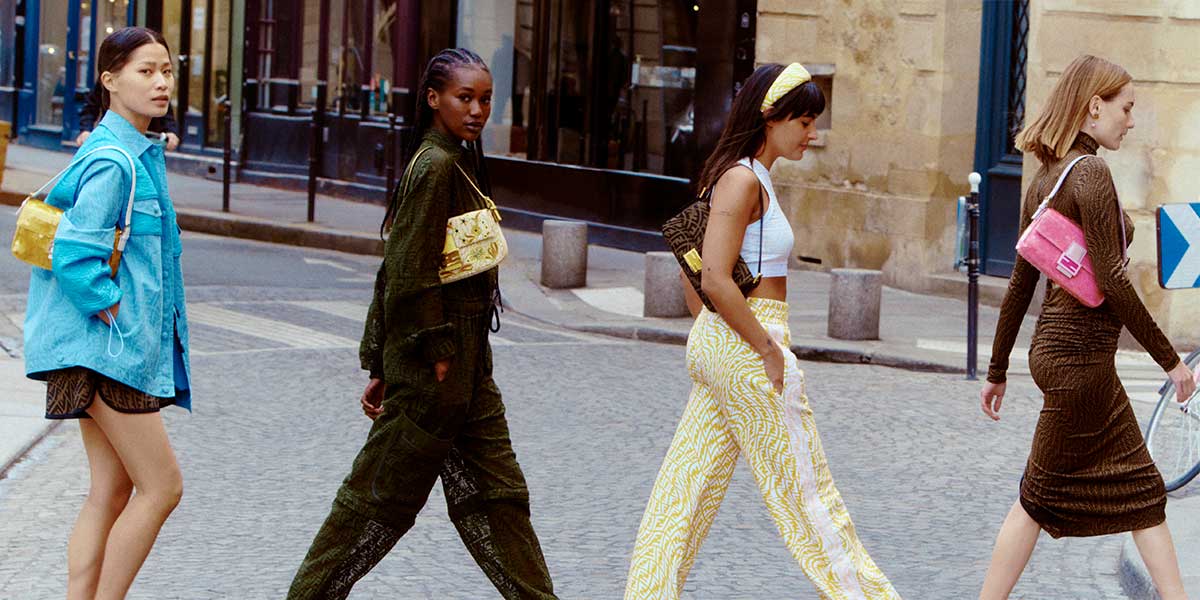 The Baguette Walk is a series of short films, composed of three episodes featuring a revival of the original silhouette design and its adjustable handle. The relaunch of a legendary style.

Created for the re-release of the 'Baguette 1997', designed by Silvia Venturini Fendi, the short films star French actress Ana Girardot who, along with her friends, is carrying the iconic bag under her arm.

The actresses, who also include creative Maria Bernad, model and painter Nini Li-Yun Hu, and model Fatdwa Diawara, are captured enjoying the streets of Paris, evoking the nostalgia and energy of the 1990s through the shiny sequins, floral embroidery and exotic pink-toned leathers of the 'Baguette 1997'.

Notably, the reissues are also with the FF Vertigo motif from the FENDI Summer 2021 capsule collection, created in collaboration with New York artist Sarah Coleman, who created a striking visual effect with a yellow or blue motif.

The 'FENDI Baguette 1997' has been available since June 4 in all FENDI boutiques and on the brand's official website.