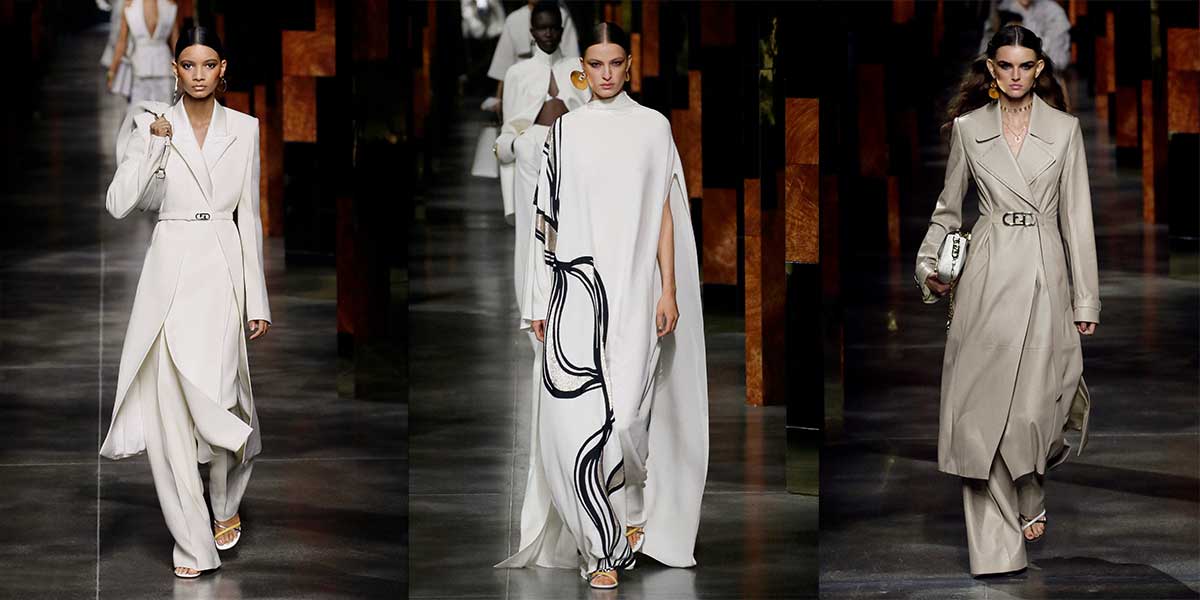 “(My) FENDI is multi-generational. It’s for all different kinds of women – anyone who wants to feel good about themselves.”

For his second ready-to-wear show at FENDI, Kim Jones explored a modern take on disco-era glamour, which also marked a return to the runaway for the Maison.

A logo drawn from the archives, hand-drawn by the visionary fashion illustrator Antonio López, was the starting point for a line that also draws on the sensibility of the artist and Studio 54.

“While I’ve been looking at Karl’s legacy at the house, I’ve also been looking around him, at his contemporaries – at who he was interested in. López was a friend of Karl’s.”, said the fashion designer at the helm of FENDI’s women’s collection.

If that wasn’t enough, Kim Jones seeks to celebrate and uplift feminine confidence through the brushstrokes of Antonio López and Juan Ramos on cream-colored kaftans and silk shirts and bright jacquards. The Maison’s iconic bags became canvases: a rainbow-upholstered Baguette and a Peekaboo that is entirely a graphic work art; FENDI First embodies a bold attitude. “The FENDI woman is empowered; she’s someone of her own making.”