The history of Valencia, from its Foundation to this day, has happened around the water.

As an allegory, this can be supported in The Court of the Waters of the Meadow of Valencia, the oldest institution of justice in Europe and that, even today, get together to solve the water problems in the land of Valencia.

But for now, the history we are talking about is the one of the Water of Valencia, which involves as many cultures and communities as the birth of the city itself; This is the reason why the popular cocktail is also elaborated with an ample variety of ingredients, such as the cava (sparkling wine), orange juice, vodka, and gin, amongst others not divulged by its creator.

From Galicia to Valencia

The origin of the elixir, though casual and disputed, turns out to be quite transparent; it was the end of the first half of last century, when the painter from Galicia Constante “Tino” Gil Rodríguez (1926-2009), who was the director of the ancient Cervecería Madrid, a brewery founded in 1900 which served as a sort of museum to the artist, as a response to the demands of a group of Basque locals, tired of the sparkling wine they called Agua de Bilbao (Water of Bilbao) and  normally drank, decided to surprise them by offering a new concoction, fact that was stated in Valencia noche (Plaza&Janes, Barcelona 1978) a book of the writer María Ángeles Arazo.

Tino referred to his creation as a representation of the folklore and tradition inseparable from the Levantine Lands, legacy that, for the locals is one of the most appreciated and loved in the city; that may be the reason why, in spite of the closing of the bar on 2000, the Water of Valencia is preserved as an intrinsic tradition of the city. 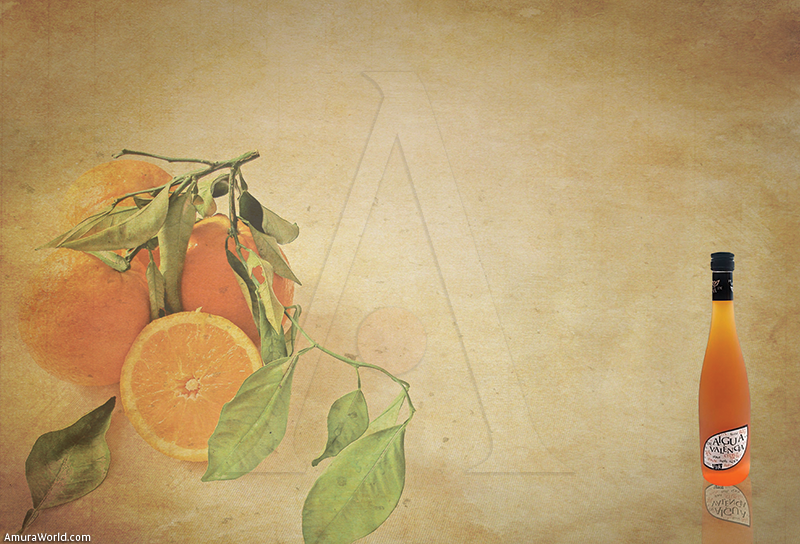 After 55 years of the birth of this libation, which at the beginning only crunched the thirst of the artists who went to the literary gatherings of the café that was located behind the Palace of the Marquis of Dos Aguas, it has undergone thousands of modifications after turning popular in the 70’s in the bars and discotheques of Valencia.

Even after the closing of the Cervecería Madrid, where various artists got together to praise literary gatherings, Tino painted and in his painting Tertulias de café, he portraits the gatherings that made the emblematic place famous, the Water of Valencia continues to captivate locals and strangers.

The secrets of a drink

The most known recipe that is served in the majority of the places is as follows: half a liter of very cold cava –some bartenders suggest it not to be dry nor Brut-, half a liter of freshly squeezed orange juice, 2 oz. of gin, 2 oz. of Cointreau and the same amount of vodka, 2 spoonful’s of white sugar, ice and orange slices.