The hidden treasure of the Seven Seas

The ultimate pleasure of nature: caviar

The basic road to follow in anthropology says that “ in many cases the material culture of the past can only be studied through the examination of the pertinent cultural terms in different languages” and that “inquiries about such terms are intriguing and important for the cultural history of man”.  The words use in the world of the gourmand cannot be detached from this. For that reason the grand aim of those interested in fine foods of the world is to acquire as much knowledge of the facts and a fuller understanding of the cultural history of man as possible.

The word caviar represents like no other; romanticism, decadence, prestige, luxury, status and celebration. The power that the name commands is unique and comes to us through time covered by mystery and submerge in a very unique mystic that puts a special emphasis in the waters of the Aegean, the Bosporos, Mediterranean, the Black, Caspian and Azov Seas. 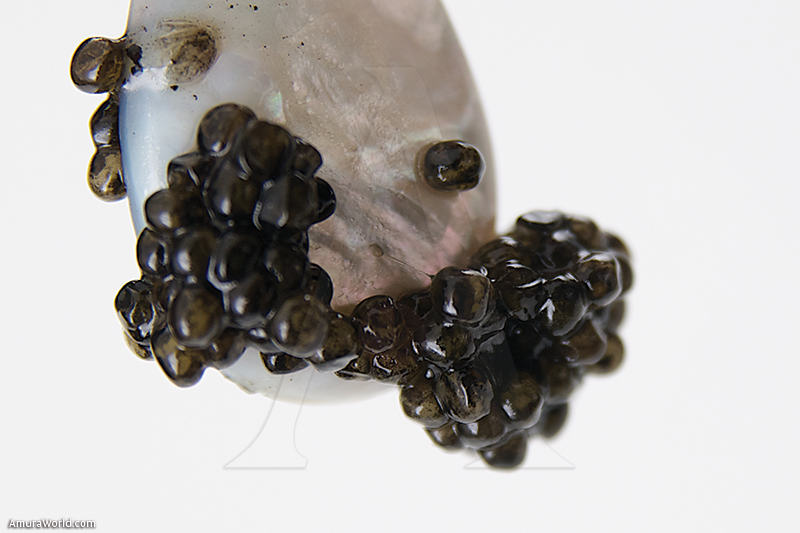 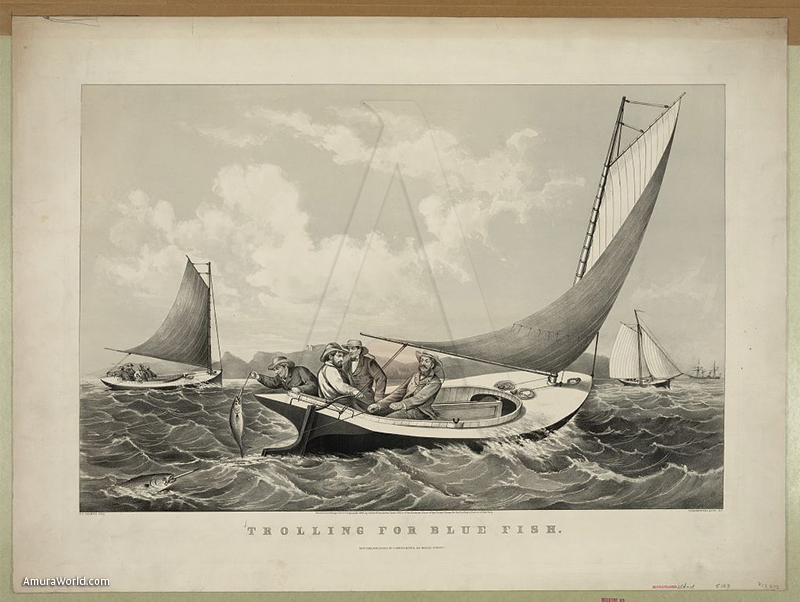 We know that fishing began during the Holocene period (12 000 B.C.) only a short time before mixed farming started, both in North West Europe and in South West Asia . In the history of the relationship and love between man and the sea there are two main currents (1) a southern culture that emanates from the regions along the shores of the Indian Ocean, reaching to Africa and the Mediterranean area in the west, and to the east to the Malay Archipelago and Melanesia, and (2) a northern culture whose traces are found all over Eurasia, which reached America over the Bering Strait, and (via Japan) Micronesia and Polynesia . Both, with their share of parochialism, tradition and folklore are a juxtaposition of a human need for survival and adventure.

Fishing in lakes, rivers and seas required the necessary equipment, tools, supplies, and fishing crafts; further, knowledge of cooking and pickling of the catch to serve the ultimate goal of food supply. Hand in hand with these activities went the corresponding terms used of the objects, activities, and acts, as well as the names of fishes and other aquatic creatures, and, in addition, the name of fish processing and by-products: such onomastic material is naturally to be expected in languages spoken by people inhabiting islands, coastlands and areas situated by lakes.

Therefore, Sturgeon (Acipenseridae) and Caviar as terms express the singularity of human discovery and conquest of the seas. But, also, these two, together describe one of the most important foods in the world and illuminate the very important point of contact among the respective cultures of various Eurasian people, a contact that points to even a more remote cultural relationships. By nature, to talk about caviar is to talk about sturgeon and to reach back: to ancient times, history and tradition like no other.

Sturgeons (Acipenseridae) are distributed all over Europe and northern, central, and eastern Asia and in North America. The tradition for using the sturgeon products is most widely found in Western Europe (from Scandinavia to the Mediterranean): as sturgeon was easily encounter in the Atlantic and the Mediterranean, the North and Baltic Seas along the appertaining rivers; it was found anywhere between Europe’s north most regions and the Black Sea. The Black Sea (Euxine), the Azov Sea (Maeotis) and the Caspian Sea together with the areas pervaded by the rivers drained by these waters are some of the sturgeon; these rivers are the Danube, west of the Crimea the Bug (Hypanis) and the Dnieper (Borysthenes) and emptying into the Gulf of Tangarog of the Sea of Azov the Don (Tanis); on the southern shore of the Black Sea it is found in the mouths of four rivers: Sakarya (Sangarios), Kizil Irmak (Halys; at Bafra), Ye§il Irmak (Iris) and Çar§amba (Thermodon); flowing into the Caspian Sea the Volga (Rhâ) at the northern part of the west bank, specifically at the delta of Astrakhan .

The richness of the geographical origin gives us the background for sturgeon to become the rarest marine species and to produce the most important culinary element in the world. Without a doubt Caviar is the most misunderstood of all foods and it’s rarify reputation comes from the taxonomy and biological classification of sturgeon. The order Acipenseriformes belongs to the Actinopterygii class (ray-finned fishes) and encompasses two families: Acipenseridae (sturgeons) and Polyodontidae (paddlefishes). The Acipenseridae family encloses 25 species split among 4 different genera: 17 Acipenser, 2 Huso, 3 Scaphirhyncus and 3 Pseudoscaphihryncus. 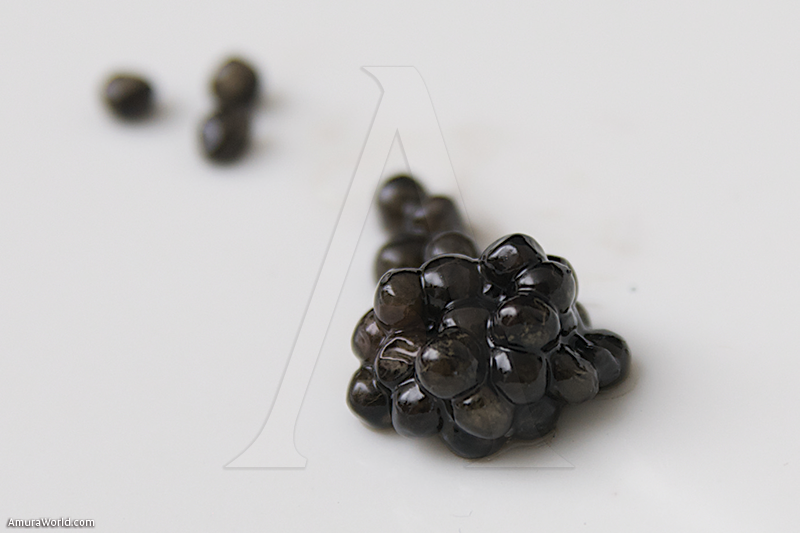 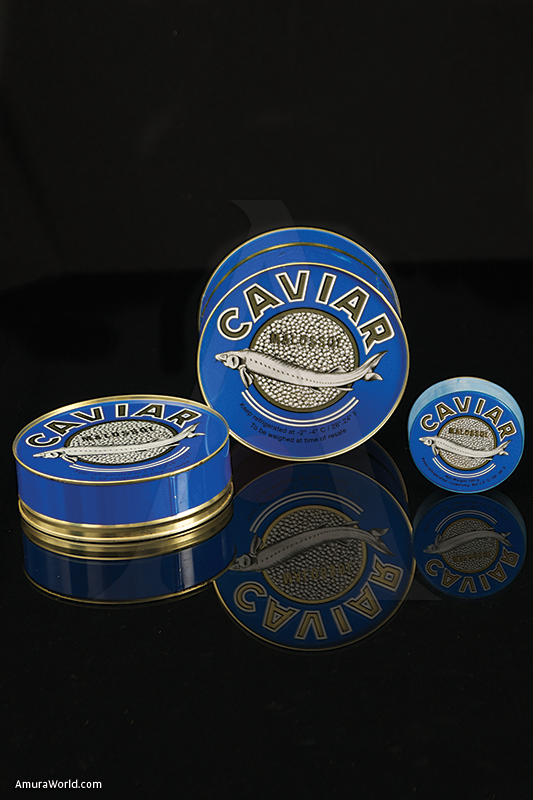 For the layman might be difficult to cop with the scientific data and geography. However, this much is need it to understand caviar and the fish that produces it: that sturgeon is one of the most ancient and valuable fish in the world, its first fossil record dating back to the upper Cretaceous  . So we have a species that hasn’t mutated in the last 100 million years, that has survived thru millennia and whose nobility bring to the world the most special delicacy. One that you can consume over an over, that will take you thru time, across borders, religions, traditions and culture like no other. That gives sense to the seas and the discovery of man, that the sense of adventure has continuity but the reward gives man the ultimate pleasure of nature: caviar.

The history of Caviar as we know it begins with trade, early technology and empirical knowledge to process foods. From the Phoenicians and Egypt and from Greece to the pick of the Roman Empire preserve fish was exported across the Mediterranean. From the North of the Caspian Sea and from the South of Spain we know that tuna, herring and sardines were commonly traded along with sturgeon meet and payusnaya (press caviar).  These foods were found at every major port of trade and market. This conserves were appreciated by the gourmets of the Hellenic time as an especially aristocratic delicacy and were significantly higher priced than the ones of inferior quality. The sturgeon and tuna conserves from Gadeira and Byzanton were much in demand in Athens (Aristophanes) and at Cato’s time a jar of salted sturgeon had reached the price of 300 drachmas . 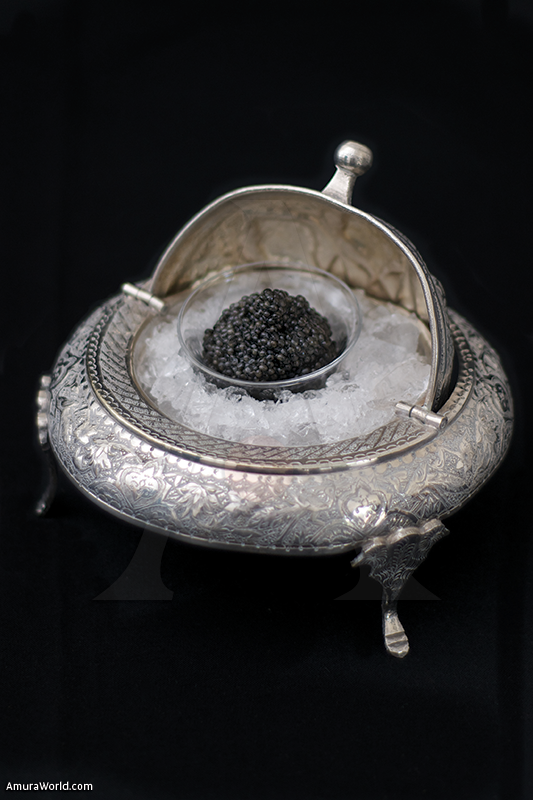 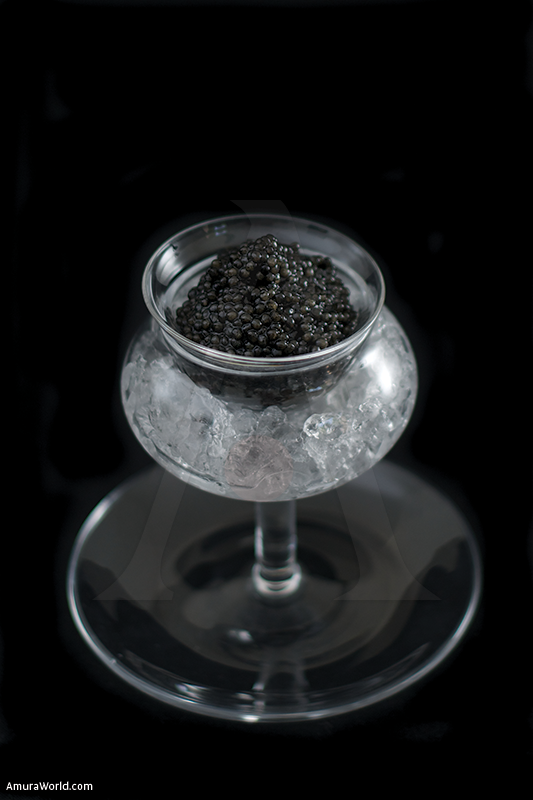 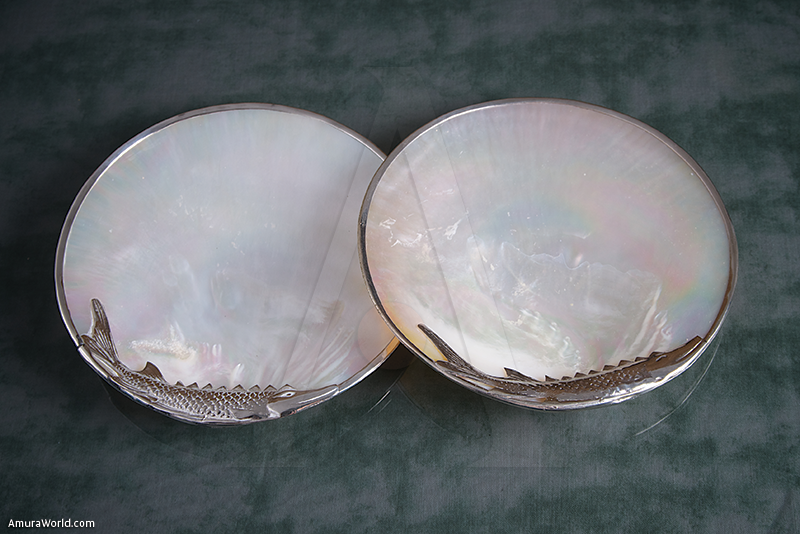 In perspective it is easy to understand how caviar moved into so many aristocratic tables. Sailors and traders brought to those tables the best foods. Therefore the best caviar was consumed by the Pharos in Egypt, Cesar’s in Rome, Russian Tsars, European kings and Popes, Khans and Chinese courts and aristocrats of all times; but it was the intellectuals and poets who romanticized it. They made caviar to carry its aura of nobility and high price and therefore to established it at the top of all foods in the world since the beginning of time.  So it is that caviar and sturgeon belong to the world of Thutmose, Marco Polo, Atheneus, Claudius Aelianus, Aristotle, Cicero, Ovid, Pliny the Elder, Shakespeare, Batu Khan, Henry II, Alfonso de Aragon, etc.

It is no exaggeration to say that caviar needs to be respected and appreciated by our mind, understood by its soul and later by its subtle taste. However, to taste good caviar you can’t be in a rush. The wait can last as much as twenty years for Beluga, seventeen for Osetra, eleven for White Sturgeon or five for Sevruga. Time, patience, care and constant attention to the rhythms of nature is required.  Caviar belongs to those that have conquered all but time. This is the unique value to be observed until the right moment, so experience recognizes, in order to receive excellent and uncompromised caviar.