The first Chilean wines were produced in the 16th century, during the Spanish conquest. The fast adaptation of the vines and their abundant cultivation turned this country, from the beginning of the 17th century, into one of colonial Spain’s main exporters of wine.

At the beginning of the 19th century, audacious impresarios imported the finest European vines into Chile: Cabernet-Sauvignon, Merlot, Pinot, Sauvignon, Riesling, Chardonnay and Gewurztraminer. Also, attracted by the quality of the soil and the favorable climatic conditions, experimented French enologists immigrated to Chile. Together with Chilean experts, they guided wine production along new and promising paths.

Located on the western slope of South America and with most of its territory on the temperate fringe of the southern hemisphere, Chile is the oldest wine producer of the so-called “countries of the New World”.

Ten times brighter than our sun, Altaïr is part of a constellation and the inspiration that associates Chilean land with French experience in the making of a great wine. Convinced that Chile could produce wines in a growth environment similar to that needed for a Grand Cru, the renowned Château of Laurent Dassault (Saint Emilion) spent several years searching for land that could produce it. Altaïr was born in the heights of the Cachapoal Valley, where Laurent Dassault used his knowledge and San Pedro contributed its lands and experience in this new world of wine.

Altaïr is a wine of exceptional character, with a captivating bouquet and a deep, intense color. The bottle concentrates an elegant structure of red fruits with aromas of pine, cedar and tobacco and its silky taste lingers in the mouth. 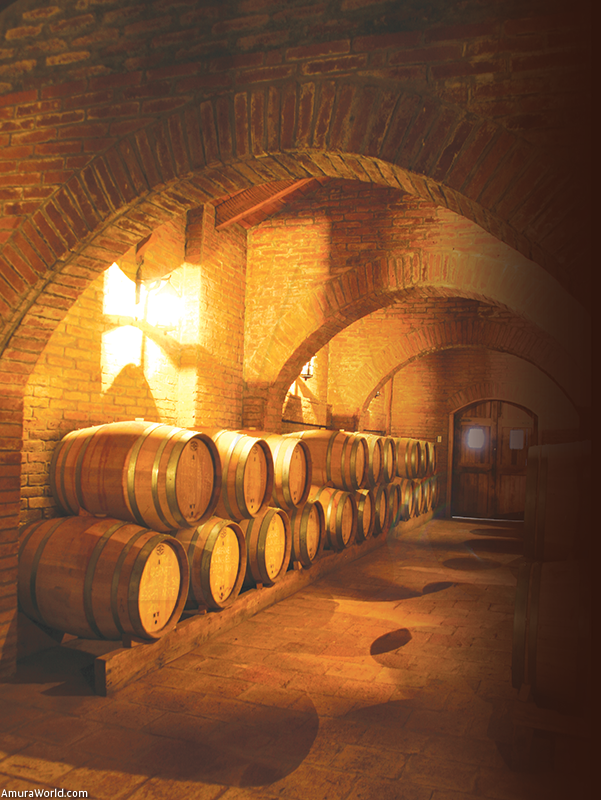 Altaïr was produced as a Chilean wine of French ancestry. The quality of the vines is outstanding and this is due to their daily care and harvest. During the most recent harvests the best techniques, in the administration, the field and the wine cellars, have been used and the end result is the creation of a magnificent Cru of Chilean origin.

The vines go through two phases of manual election before maceration. Its fermentation takes place in barrels of French oak. Gravity absorbs the work of a mechanical pump, which guarantees a gentle fermentation and aging inside the barrel. Temperature and humidity are naturally contained thanks to the design of the lagars. Patient, expert artisans coax the grape in order to produce a bottle containing unique, characteristic wine. 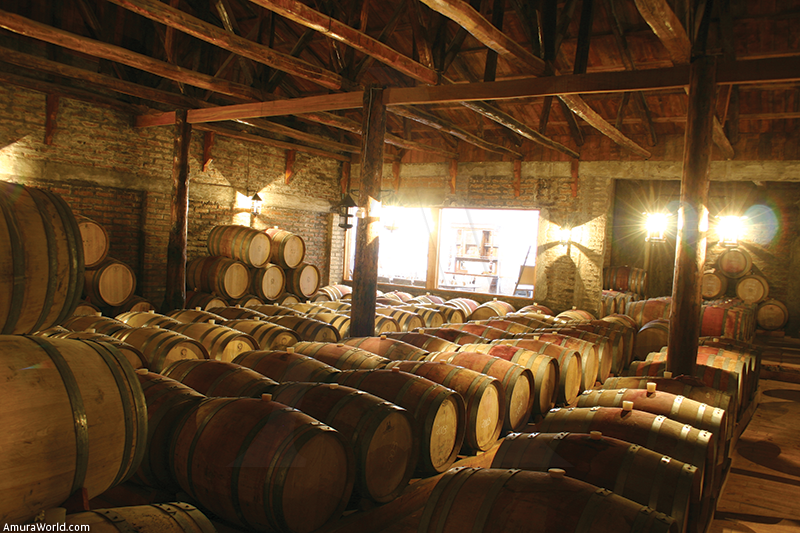 The Marnier Lapostolle family, renowned worldwide for their production of strong, aromatic liqueurs like Grand Marnier, are also involved in wine production. Originally vintners from the Loire valley, the Marnier Lapostolle’s continue with the tradition as owners of Château Sancerre and Casa Lapostolle, established in Chile in 1994.

• Viticulture Apalta: Located 200 km (124 mi) south of Santiago, between the Andes Mountains and the Pacific, is a wine producing area in the Rapel Valley, precisely in Colchagua. This land has three essential characteristics: soil, sun and water.

Its classic Chardonnay is produced here. In 1995, Casa Lapostolle decided to produce its Chardonnay wines only in the Casablanca area and began to buy the grapes from an agriculturist from the colder region of the valley. The low fertility of the sandy soil and the extremely cold conditions of the place naturally limit the yield of these vines.

It will be in the Bodega Clos Apalta where 120,000 kg (26,455 lb) of hand picked grapes harvested from the best 50 to 80 year old, densely planted vines will ferment in 21 French wood barrels of 75 hl. Later, they will descend by gravity to new French oak barrels and will be put away in the first year cellar, whose roof is shaped like a cross —a tribute of the Southern Cross constellation— to soon after descend to the barrels in the second year cellar, protected by a dome of thin layers of raulí wood. On the fifth level is where it will be assembled to later move down to the bottling area, from where Clos Apalta is distributed to 40 countries. Nowadays, Chile offers wines of increasingly better quality and the market is willing to pay higher prices and, in some cases, significantly more. As we have seen, some deserve the price paid. 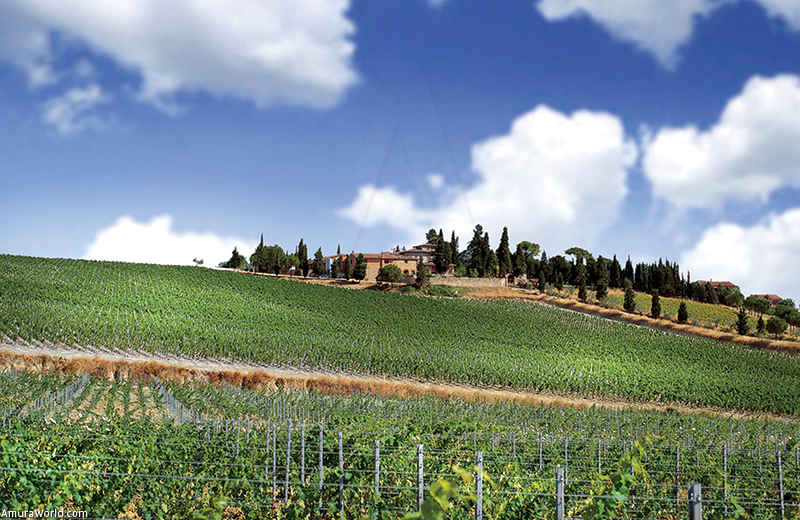 The truth is that Casa Lapostolle has a better quality wine. I would recommend that all wine lovers try this jewel. The only problem is trying to do so since its very limited production has turned it into one of the most desired objects in the world of wine. Clos Apalta has all the taste, body and bouquet of the grapes that form its essence.

If you analyze the evolution of this wine born in 1997, which has only been interrupted in 1998, you will be amazed by the consistency of its vintages. There is no doubt that they are all Clos Apalta and that the blend, 70 to 80 percent Merlot-Carmenère and the rest Cabernet Sauvignon, has given life to a wine of unique personality, a personality that has developed with the “charm” of its 1997 harvest, according to Rolland, and of which we appreciate its nose of dry fruits, chocolate and an excellent life that remains on the palate. Personality is also apparent in the 2001, the most exuberant and fruity which reaches every corner of the palate, and the 2002, with a concentrated nose of good fruit but with a more delicate, less flashy body. The young 2003’s black fruit is impetuous yet exciting, mature and irresistibly concentrated.

The Echenique family, of Basque origin, planted the first vines in the Colchagua Valley, in Chile, around 1750. In the 19th century, the Echenique family participated in the dynamic expansion brought about by a few pioneers that where inspired be the French model. In 1850, Miguel Echenique and his son, Gabriel, planted the first French vines in the Cañetén Valley. Chilean production gained momentum with the first exportation of wines to Europe in 1877.

In 1981 they adopted the name Los Vascos as a tribute to the origins of their ancestors. In 1988, the Echenique family turned it over to Domaines Barons de Rothschild (Lafite), whose pioneering ambition in Chile has to do with the potential of the local wines. 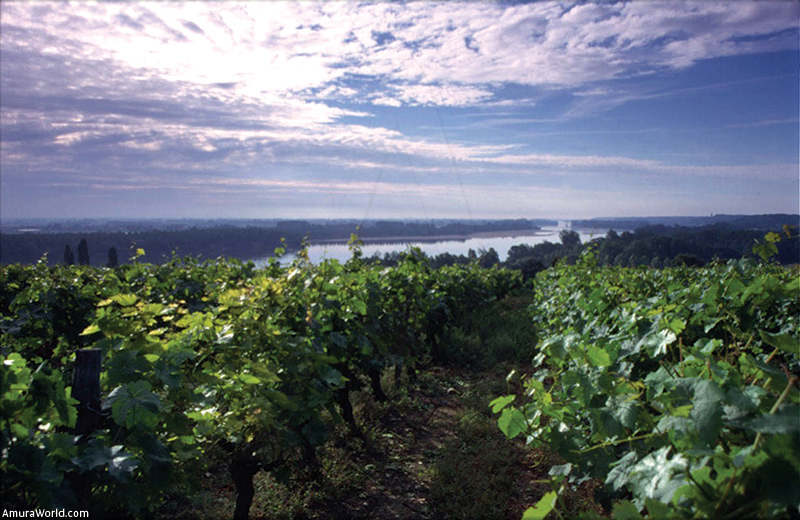 Located at the foot of Monte Cañetén, it is one of the largest vineyards in the central Colchagua Valley, located 40 km (25 mi) from the Pacific Ocean and 200 km (124 mi) south of Santiago. The climatic conditions offer a notable natural sanitary state combined with the land, privileged sun, water resources, semiarid soil and a rare risk of frost. The Los Vascos micro climate offers an exceptional combination of factors for producing great wines.

Its total area is of 3,600 hectares (8,895 acres) with 580 hectares (1,433 acres) of 95% Cabernet Sauvignon and 5% Chardonnay vines. The most important plantings are from 1990. The vineyard has a group of 10 year old plots and another of plots between 40 and 50 years of age. The oldest vines are 60 years old. The cultivation methods follow the traditional way of using products employed in the treatment of the vineyards as well as the use of fertilizers, which are used in moderation.

In order to conserve its youth and bouquets, vinification takes place in stainless steel barrels and at low temperatures. To affirm its fermentation they are quickly bottled.

Once the fermentations are concluded, each parcel of land is isolated in order to prove its potential. Later, in July and August, each barrel goes through a series of tastings to ensure a strict selection. 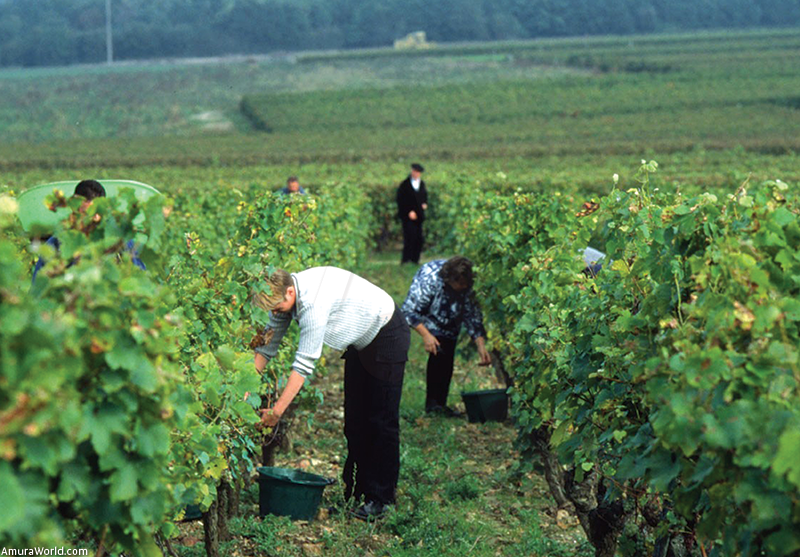