The pleasure of Enjoying

We reserve our passions, and pleasures are something to be desired, to be dreamt about...

Christophe Salin, president of Domaines Barons de Rothschild, claimed that savoring a Lafite every day would seem impossible, permissible only because it is such a pleasurable experience, but financially improbable.

On the occasion of the arrival of a special reserve Lafite to Mexico, the representative of the French house agreed to be interviewed by Amura Yachts & Lifestyle. To learn more about this wine we must go back to 1868, when Baron James, founder of the house of Rothschild, decided to buy Chateaux Lafite. 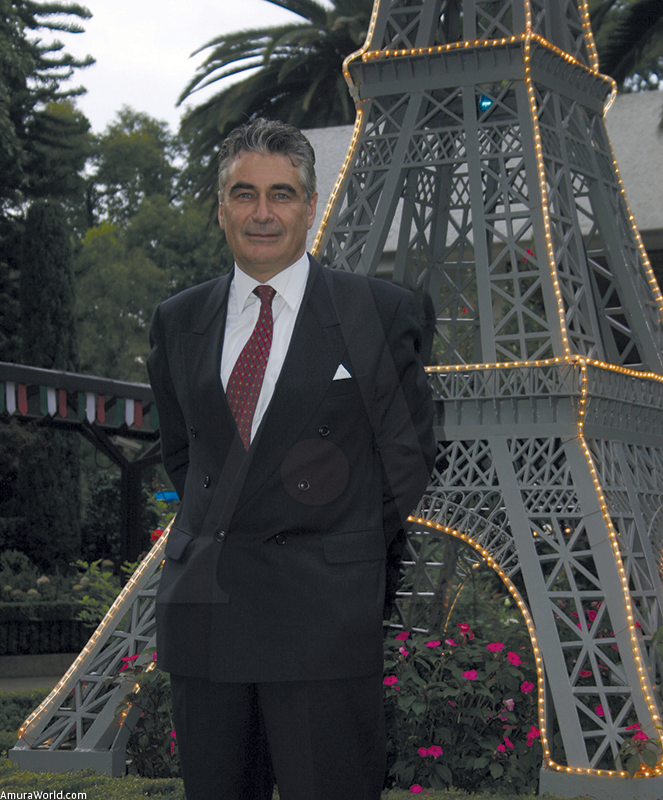 Enlarge
The year 1868, in which the great Chateaux was founded, is important Tell us about the period between 1939 and 1945, during World War II. What were those six years like for the house of Lafite and what happened to these harvests?

During world War II. France was invaded by Germany and Châteaux Lafite was occupied by German officers. Europe already enjoyed the world of wine and had knowledge of the great wines, as well The governor of the Aquitaine, region was an important businessman dealing in wines from Bremen and Rostock, in north- ern Germany. He not only knew, but was also sure, that one day the war would end and was already thinking of the post war period.

I must point out that, for some reason the vine- yards were preserved by the Germans, who adopted the Châteaux during that period. Furthermore, the Rothschild's had been imprisoned by the Germans but not in concentration camps like everyone else. They were captured and treated as officers of the French army. Somehow, they were protected by the French armed forces.

The story is extraordinary. In 1940, the mother of who is now the head of the house of Rothschild, went to the United States while her husband was imprisoned. Eric, James' youngest son, was born in 1940, during the war. In other words, the current head of the Châteaux is his direct descendent.

Is there a non-expensive Lafite ?

That is an interesting question. I am in Mexico to demonstrate that we can make great, fine, elegant wines that are not necessarily expensive. That is why we have introduced what we call our Reserve Wines.

We created four collectible wines from the Rothschild vineyards that can be enjoyed daily: Aussières blanc “A* d'Aussières. Aussières rouge and Château d'Aussières. This wine is accessible because it can be drunk while it is young whereas you drink a Châteaux Lafite after 30 to 60 years. These wines are accessibly priced and most of all are pleasant and drinkable, which is what is really important.

Now that there are so many reasonably priced wines from around the world, how can Lafite compete in the SO dollar range?

We do not try to compete because we do not have the quantities. What we offer is consistency of quality. Our company would never produce a wine that is not pleasing to the palate.

The bottles are strictly limited, though less so than with the Châteaux Lafite. I can't talk about the market, which is incredibly small on a world scale or severely limited when we compare it to wines produced in North America and Spain. Diversity is very important so that more than competitors, we consider them colleagues, we do not always dine at the same Italian restaurant, sometimes we want to eat Lebanese food. This new collection is created to complement a moment.

While you have been in Mexico, you have most certainly seen that we are a country faithful to tequila and beer. Is that why you are interested in us?

I discovered that Mexico has a lot of respect for Châteaux Lafite. In 1992, friends decided to export Los Vascos to Mexico and that wine became a great Mexican icon. Demand increased every year. Consumption in Mexico is 2% and. with this segment of the market we have no option but to grow. Mexicans know how to enjoy themselves and I feel that our wine will, little by little, be consumed more.