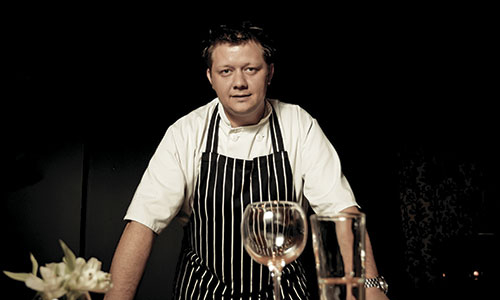 Aman who has managed to break paradigms and norms in a fun way, carefree and transparent. He has worked in the gastronomic scene for 22 years and his restaurant Mark Greenaway is already a statement in local and international cuisine. A chef with an honest and delicious cooking, a sheer philosophy toward the dishes he prepares for his diners. Mark Greenaway gives us a perspective of why the world is turning eyes toward Scotland with a critic eye; the culinary methodology of this country is reinventing itself.

Amura Yachts & Lifestyle interviewed this singular chef to learn a little more about him and Scotland’s gastronomic experience. 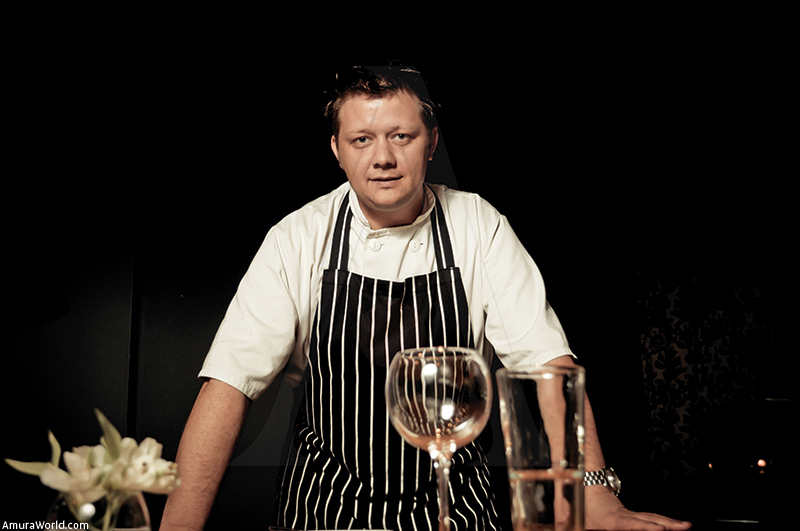 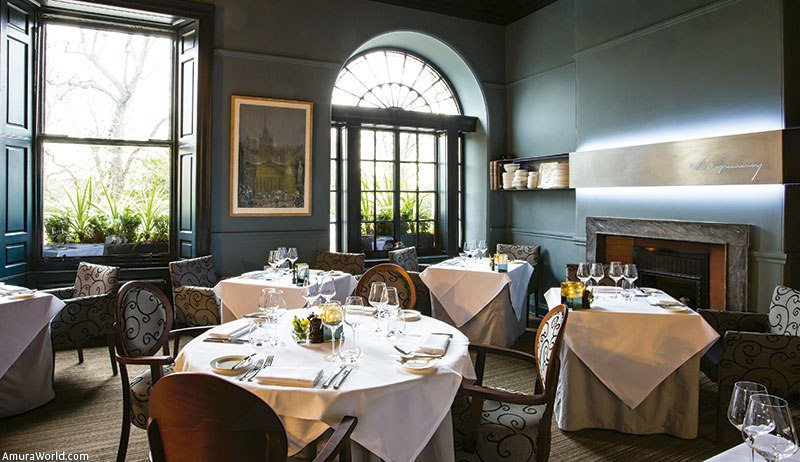 What is your perspective of Scottish cuisine?

It has a very rich history due to the amazing produce that we can grow, farm or catch. Our cold weather makes the berries grow slower, our pastures greener and our oceans colder, so much more flavour. Due to the long cold winters we are known for more hearty dishes such as stews or roasts, however our food culture over the last 10-15 years has changed dramatically in same way, than because of social media or media in general. Food is becoming less heavy, more modern and lighter in general.

What are some of the historic aspects of Scottish cuisine?

One of the historic aspects would be something we call haggis, it uses up all the offal of the lamb or mutton with the addition of some spices and oatmeal.  It is then stuffed into the lamb’s stomach and steamed.  This along with a nice dram of whisky is enough to fill anyone up in the cold winter months.

How has it changed and where is it heading?

Food and the eating out culture has and is still changing in a very dramatic way. We have a very diverse range of foraged foods available to us due to the landscape and in particular our game is second to none in the world.

As the “glorious twelfth” comes around chefs from all over the country get excited as this is the start of the game shooting season. Kitchens call up their butchers or game keepers to try and be the first to feature it on their menus.

That the way we cook the game or ingredients we use in the kitchen has changed drastically. We now use less butter and no flour to thicken our sauces and that allows the true flavour of the food to shine through and be a lot lighter and fresher. 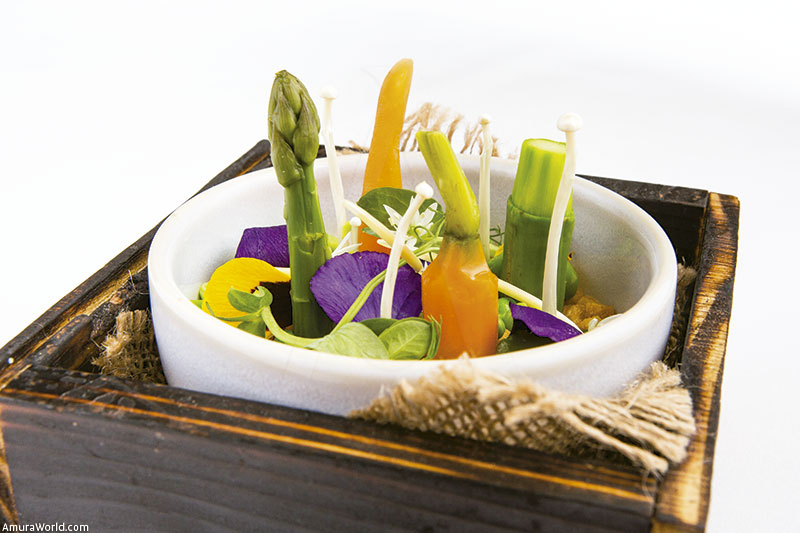 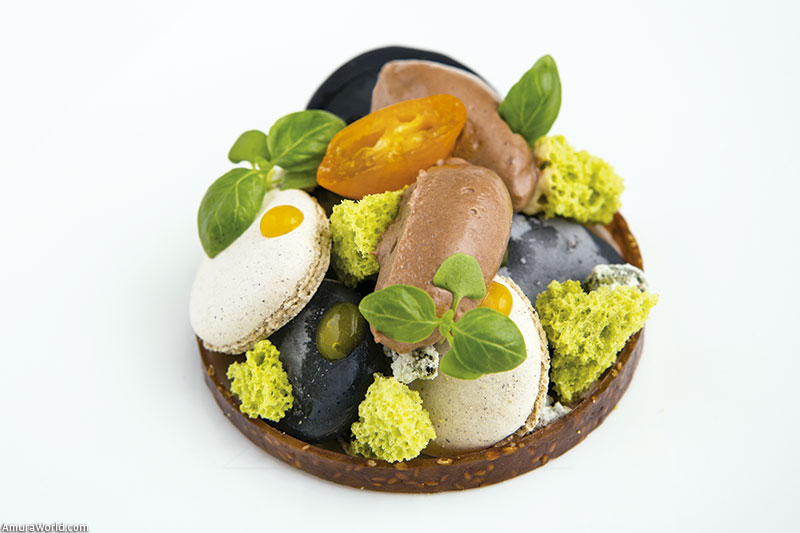 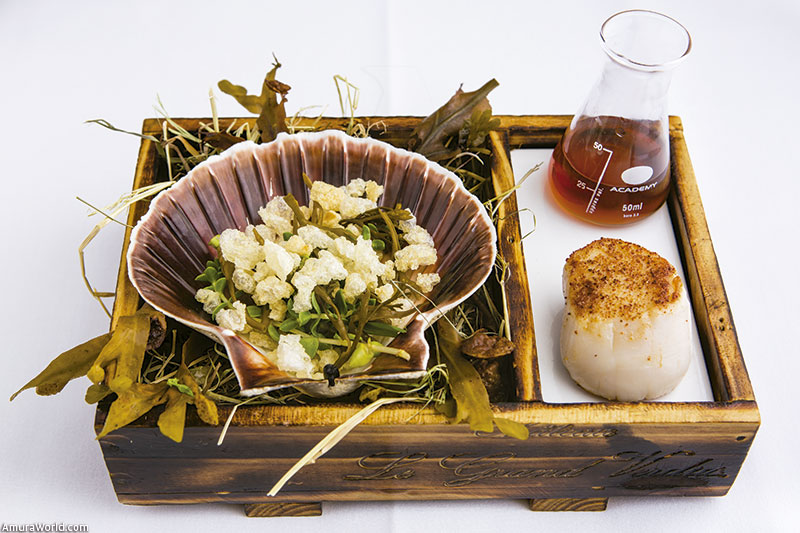 What do you feel when you work?

Working as a chef is immensely satisfying. When you consider every plate of food started as a raw ingredient and through the skill of the chefs they are transformed into something quite magical. To bring great pleasure to everyone really is a satisfying job indeed and I can’t think of any other job in which you do this.

How being from Scotland helped you develop in a world that is so currently dominated by other chefs with different European nationalities?

I spent 5 years cooking at some of the best restaurants in Sydney, Australia and have worked all over Scotland. I have seen the amazing changes that have taken place here. The food in Scotland is on a journey and is constantly improving and modernizing. It is an exciting place to work. Thanksto these changes the world is now starting to take notice the gourmet movement in Scotland.

In early 2013, Mark mentored a group of teenagers from the Linlithgow Academy of Scotland as they endeavoured to launch a healthy take-away business for Teen Canteen.

Mark writes a weekly column for the Edinburgh Evening News and was a guest columnist for Scotland Now in September 2014. He also writes a fortnightly column for the heraldscotland.com’s Food and Drink section.

With a passion for Scottish ingredients, Mark uses only the very best local, seasonal produce, transforming them with modern techniques. A visit to Restaurant Mark Greenaway is more than a promise, it’s an invitation to indulge in sweet confections.

Throughout his career Mark has continued to support charities, for 2015 Mark Greenaway is a Patron for Bowel Cancer UK. In 2014 he worked with Marie Curie Cancer Care. He has previously worked closely with Barnardo’s Scotland (2013), Breakthrough Breast Cancer (2013) and MacMillan Cancer (2012). Mark is also an ambassador for the Prince’s Trust, helping train and support young people looking for a start in the hospitality industry. He also encourages his own chefs to take time off to gain further experience in the UK and beyond. 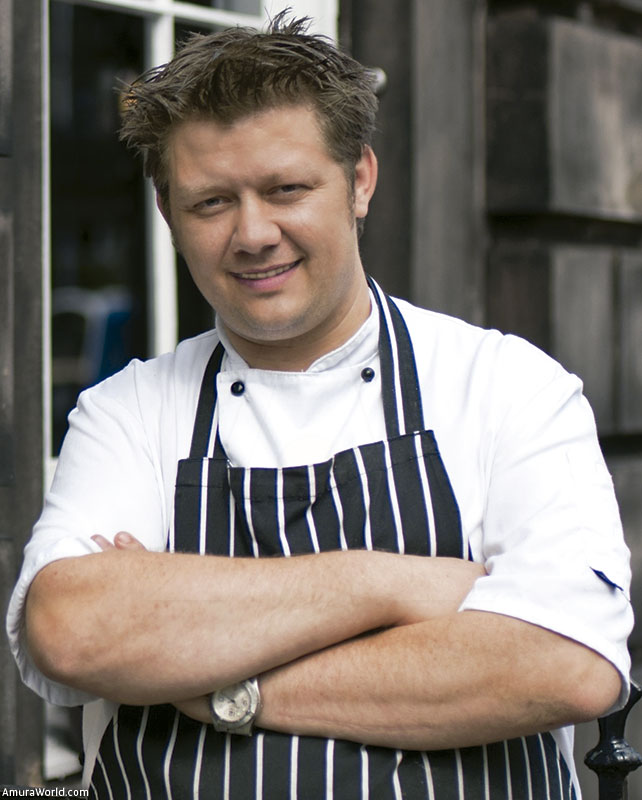