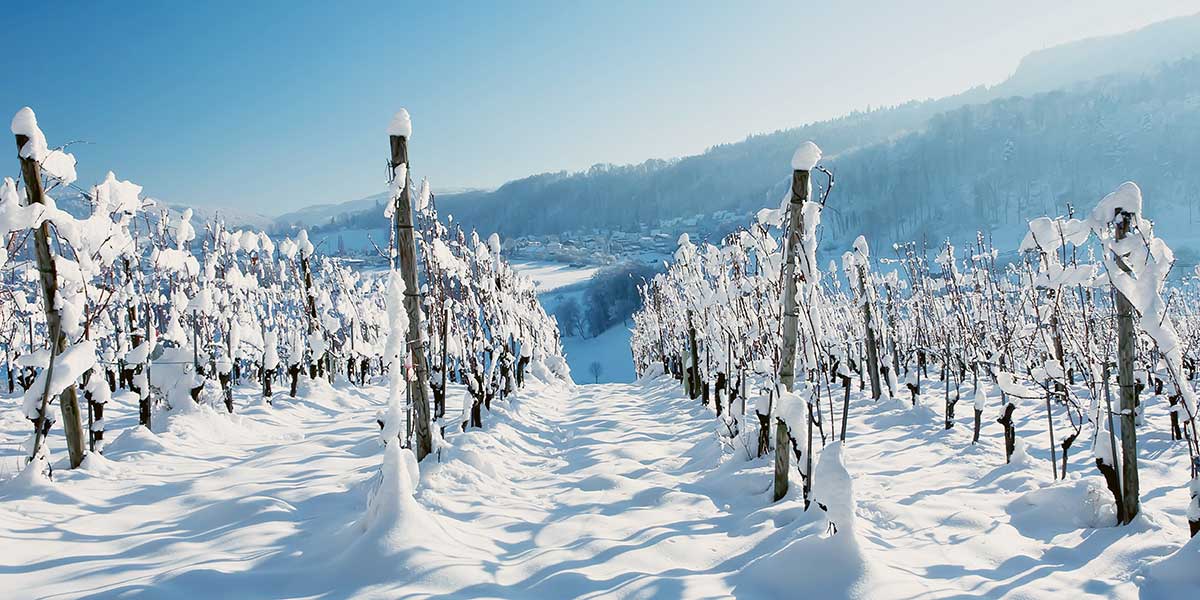 The vast areas of Canadian parks are an absolute inspiration. Close to the Great Lakes region in Ontario and the aquifers of the Okanagan Valley in British Columbia, the vineyards compete in beauty; in both, the focus is on producing one of the world’s most famous wines: Icewine.

The vines cultivated in Canada in the 17th century have the same history as the ones planted in Mexico; both arrived via the conquistadors and the clergymen on missions aimed at Christian education; however, Vitis viniera, the European species from which Icewines originates, was not introduced to the country of the maple leaf until 1940.

Dr. Karl Kaiser (1941-2017), an Austrian immigrant who crossed the Atlantic Ocean to obtain an internship as a chemist and later graduated in microbiology, became the first Canadian Icewine pioneer in 1960. In his spare time, Dr. Kaiser set up a small vineyard, and ten years later met Donald Ziraldo; together they created one of the first ice-wine-producing wineries in Ontario: Inniskillin, which stills prevails today.

The Austrian winemaker hoped to revolutionize the wine business in Canada, and he succeeded in 1989, when Icewine in the Vidal variety won the Grand Prix d’Honneur at the Viniexpo International Fair in Bordeaux, France. This earned Dr. Kaiser a place among the pioneers of icewine, as well as the German Ewald Reif.

The Bordeaux award had epic effects on the Canadian wine industry, both in terms of agricultural and economic growth. In recent decades, this premium product began to compete with European Icewines, cornering the market in Japan, one of the main consumers of Canada’s delicate liquid gold. 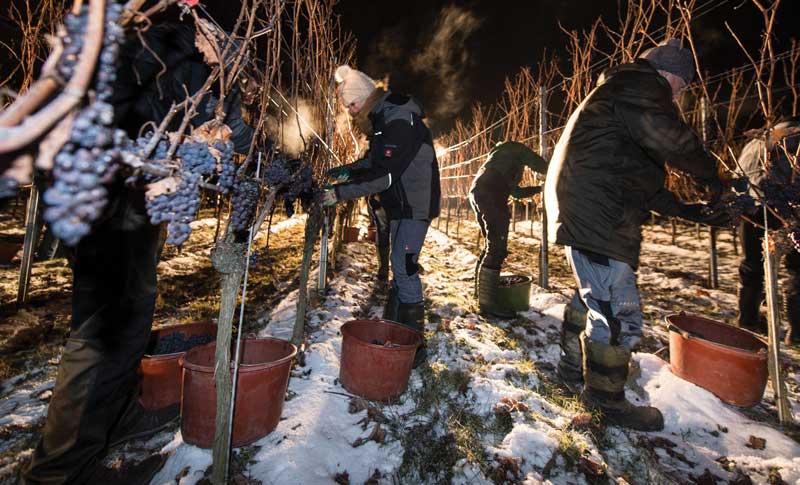 Harvesting takes place at the end of the year.

And who can resist the intense flavor of fruits reminiscent of tangerine, peach, passion fruit and kiwi, in combination with caramel, vanilla and maple syrup, some of the tastes that stand out in an Icewine, that served in a Riedel glass, complements a dinner at a ski resort during a winter vacation, because if something cannot be missing in the production and vintage, it is a cold climate.

Canada's two most important wine-producing provinces, British Columbia, and Ontario, have extreme climates: hot summers and very cold winters, as a result, the harvest are usually different. The old weather is a limiting factor in viticulture, from -4 °F the harvest is affected and there is no consolation for the economic investment. However, the fascinating thing about Icewine is that it requires the grapes to be frozen in the vineyard, without the aid of physical procedures, and they must be pressed in this state; subsequently, the percentage of sugar in the juice and the alcohol concentration are analyzed.

Because of the composition of the grape – which in addition to water concentrate sugar and fruit acids – it begins to freeze between 21.2 °F and 19.4 °F, the same range in which some grapes are cooled in Sauternes, in the south of France, in the Bordeaux region. Canadian producers demand these temperatures, because in other countries, such as Austria, grapes begin to freeze at less rigorous temperatures. 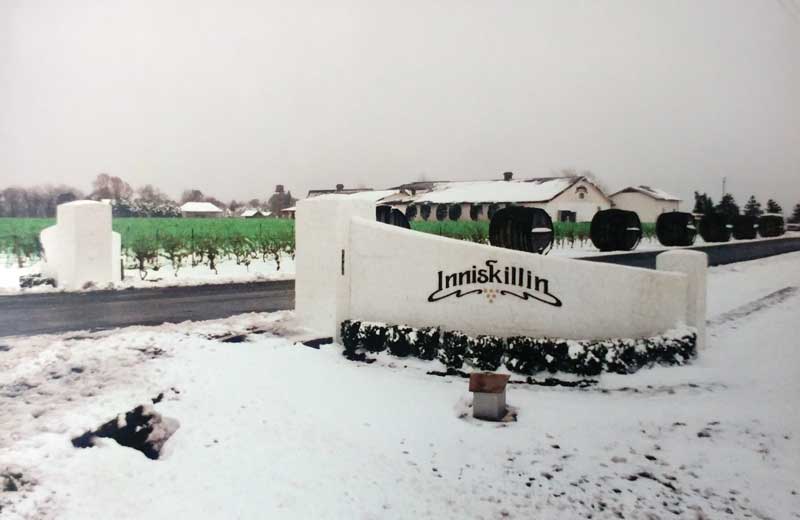 Inniskillin Winery, one of the main producers of Icewine. 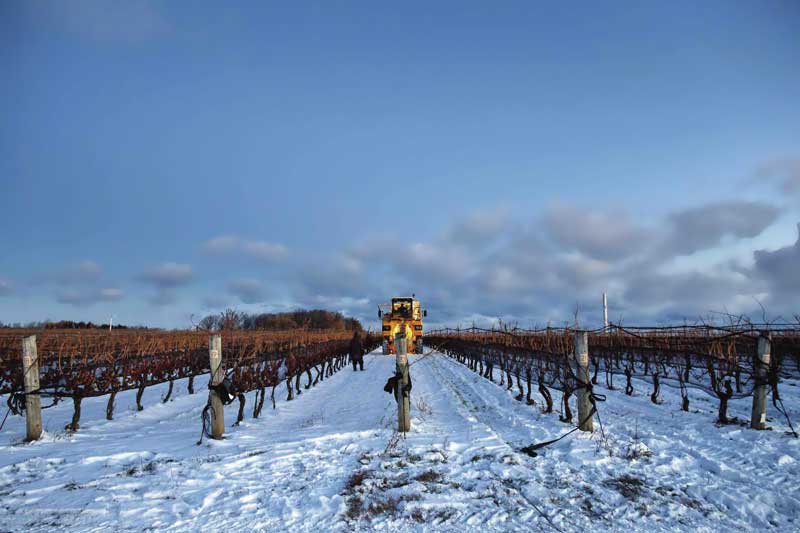 Grapes must be frozen.

One of the most important months for Canadian winegrowers is November, when the harvest begins; it will be time to harvest the Vidal, Cabernet Franc and Riesling grapes. Each variety contributes a different property: the first determines the aromatic intensity; the second, Cabernet Franc, the characteristic brick tone; and Riesling gives a high acidity that counteracts the sweetness of the wine. Depending on the winemaking project, Gamay, Pinot Gris, Gewürztraminer, Merlot, Chardonnay and Muscat Ottonel grapes can also be included.

It should be remembered that Canada first imported blends of grape products; in response to this, in 1988 the Vintners Quality Alliance (VQA), the Canadian Appellation of Origin system, was instituted to certify that grapes are locally grown and to guarantee high quality standards. The VQA recognizes – for Icewine – production within Ontario three viticultural areas: the Niagara Peninsula, the north shore of Lake Erie and Price Edward Island. On the other hand, in British Columbia they have classified the Okanagan, Similkameen and Fraser Valleys, as well as Vancouver Island.

A trip to Canada will bust the myths that identify Icewine as a dessert wine; depending on its intensity, it pairs exquisitely with camembert or brie cheese, bison osso buco, caramelized pork terrine or green apple salad. Fancy a glass? 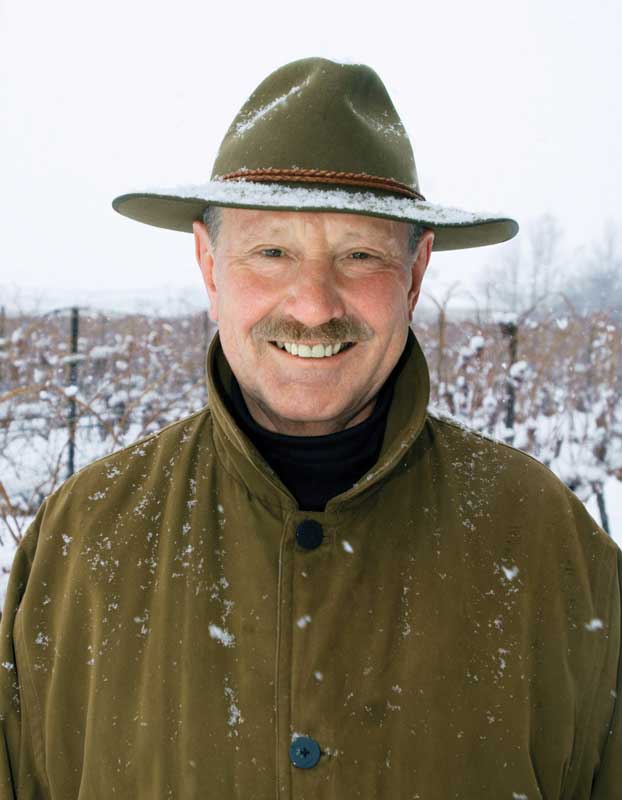 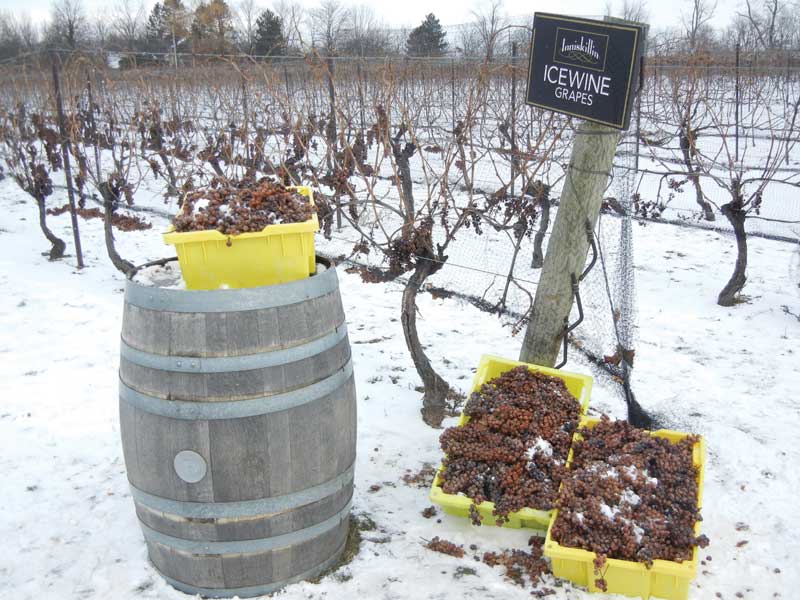 Grapes must be at temperatures below 32 °F.

One of the recommended routes in Ontario is Niagara-on-the-Lake, where several producers belonging to the VQA are located. Traditional wineries are located here, some export and others have only local production. Overlooking Lake Ontario is Angels Gate Winery; if you are looking for a boutique wine, you should preferably visit Cloudsley Cellars, and in Domaine Queylus you can taste the wines of Thomas Bachelder, one of the characters that are grabbing the spotlight in the Canadian wine industry.

Inniskillin Wimey opens its doors in both Okanagan, British Columbia, and Niagara, Ontario; both areas have wineries with activities that include tastings of special Icewines, such as Sparkling Vidal and Cabernet Sauvignon. On the other hand, in the vicinity of Vancouver Island, you can go to Zinatta Winery, the first winery established in 1992. It should be noted that Cowichan Valley, in British Columbia, concentrates most of the wineries in this area. 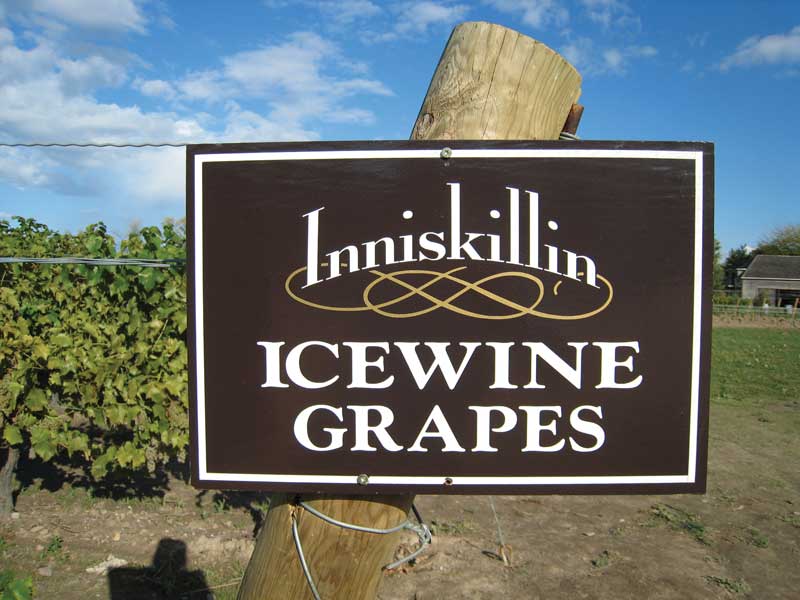 The first Canadian Icewine vines were planted in the middle of last century. 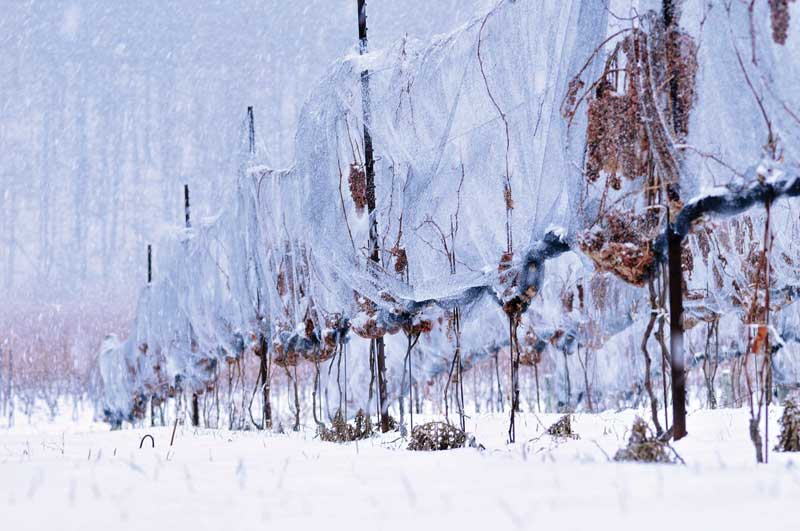 The Japanese are great consumers of Canadian liquid gold.