An Innovative Way To Celebrate 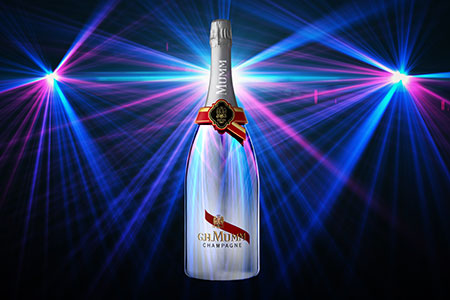 On the eve of Monaco’s Grand-Prix 2015, Maison G.H. MUMM alongside musician Mark Ronson, have carried out the presentation of the first champagne bottle that “connects the world” in a digital way.

We are talking about a bottle designed in such a way that once it’s opened, the sensor on the cork sends a signal to audio and illumination systems, initiating an experience of lights and sound which can be personalized in any party or nightclub.

The launch of this unique bottle, designed to make a statement during the celebration of the F1; the event took place on a private yacht of MUMM in Monte Carlo and counted with the presence of VIP guests like Mark Ronson, top models Cara and Poppy Delevingne, former grand-prix winner Eddie Jordan and the world class nightclub owner Jean-Roch.

For G.H. MUMM the moment of victory has become a ritual of celebration which has formed a part of it’s history since the beginning as the official champagne of celebration in the F1 category throughout the globe.

Philippe Guettat, president and CEO of the G.H.MUMM house, commented: "This initiative with Mark Ronson impulses Mumm’s mission to be the icon of victory, to  bring the epitome of innovation in the world. It also serves to create experiences which are truly thrilling that improve the moment of celebration with champagne”.