We have taken the whisky experience to Space 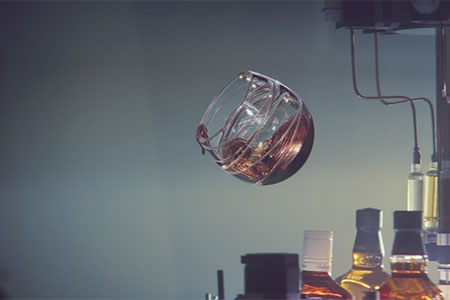 Outer Space, where drinking is a task much more complex than on Earth, the solutions have faded the idea that we have a far journey ahead of us when we speak about the future...the odyssey has begun, the human being has been reborn on the last frontiers of the planet and has taken this spirit with him. Ballantine’s, alongside Open Space Agency, have created a gravitational glass which enables drinking whisky in Space. They have taken care of the smallest detail, only by looking at it’s design words are not needed.

This glass is composed of gold and plastics of medical grade, it also has a magnetic surface that doesn’t allow any precious liquid to be spilled; once a sip is taken, whisky will adhere to the special holes that make it rise in direction to an extension that surrounds it.

If whisky already was a high-end spirit, this innovation has put it out of this world.