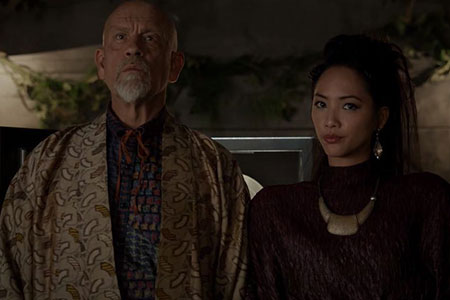 John Malkovich is the protagonist of this film directed by r Robert Rodriguez, which will be released in the year 2115. The project is called “100 year: the movie you will not see”, inspired in the Mastery of Time, is part of a communication strategy on behalf of the cognac LOUIS XIII.

The movie portrays how the planet will be in a century; this idea is picked up by 100 years of artisanal elaboration of every bottle of LOUIS XIII. It’s premiere has been fixed in a strict manner until the 18th of November of 2115; for this purpose a secure capsule will be opened automatically the appointed day.

The premiere will take place at the House of LOUIS XIII in Cognac, France , within a century. The invited will be inherited, and those who get them will be able to assist to the exclusive event.

“Ever since my first approach into the project I was fascinated by the idea. In some way, I would love for all the movies I do to be seen one-hundred years after. I don’t know how it would change the way they are appreciated.” declared Malkovich.