The intensity with which Munch manages to communicate the anguish of the Human Being opened new roads for art.

Munch, Henrik Ibsen and Edvard Grieg constitute the trio of the greatest Norwegian artists. The loss of his mother and his sister to tuberculosis marked his infancy and adolescence and influenced his life forever. This is obvious in pieces like The sick girl (1885 – 1886), Death in the room of the sick (1895) and The dead Mother and the Girl (1897 – 1899) in which he shows his experience with pain, death, solitude, anguish and the inevitable old age. He remembered of his father “My father, Christian, was a military doctor. After my mother’s death, he turned to religion with so much intensity that it seemed to make him indifferent to the worldly success and he could only frighten his kids”.

At 21, he gets closer to the bohemian circles of Oslo, with revolutionized ideas regarding sexual and art freedoms. He began his Engineering studies which he dropped in favor of painting; afterwards, through his multiple travelling, he got to know the work of Van Gogh, Toulouse-Lautrec and Whistler, amongst others. His work evolved from naturalism to symbolism and finally to his own style: the expressionism. In his first paintings the influence of these artists is notorious, especially Gauguin’s by the simplicity of the forms and the use of unconventional colors. 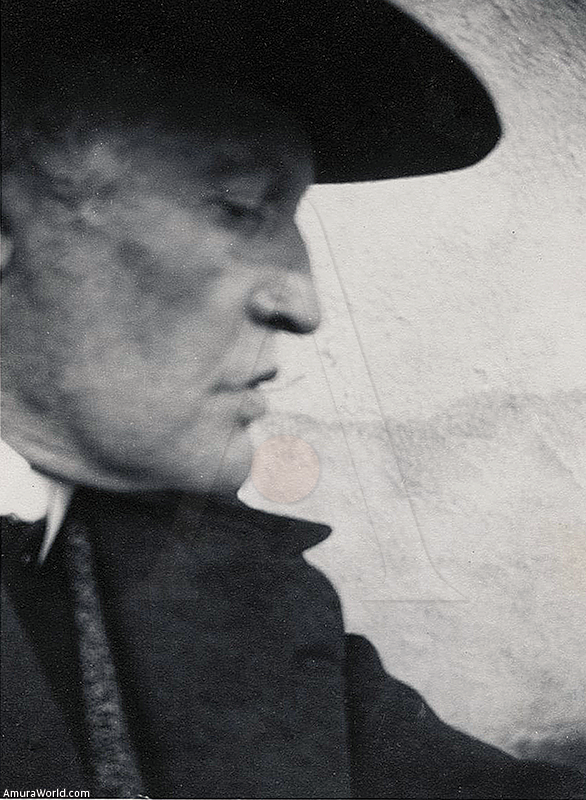 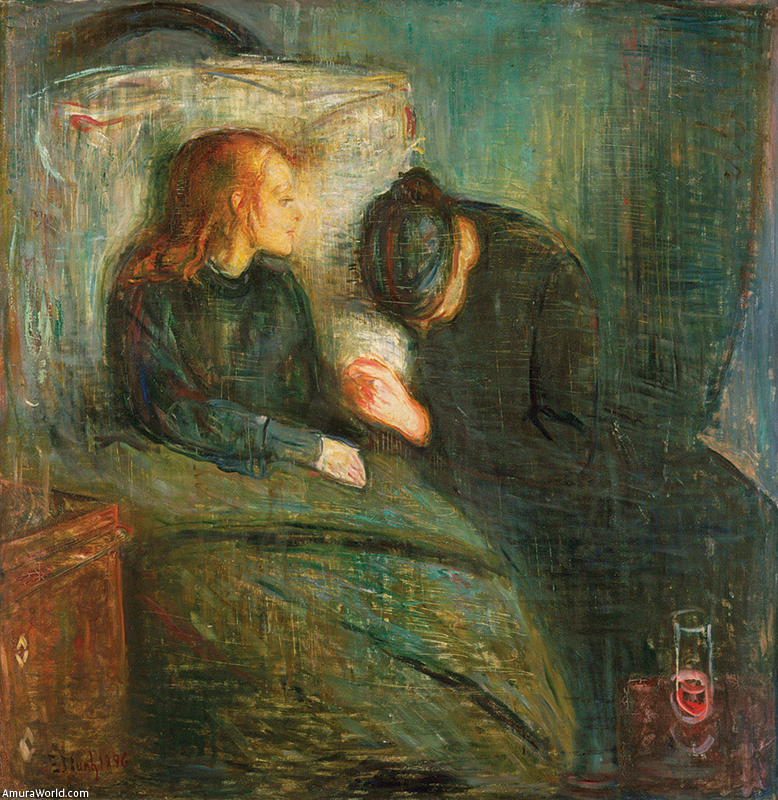 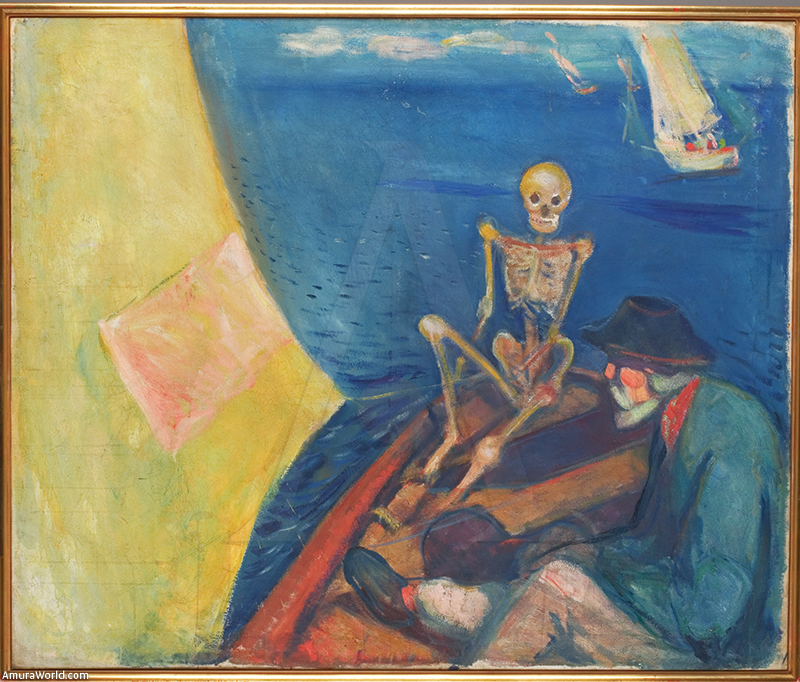 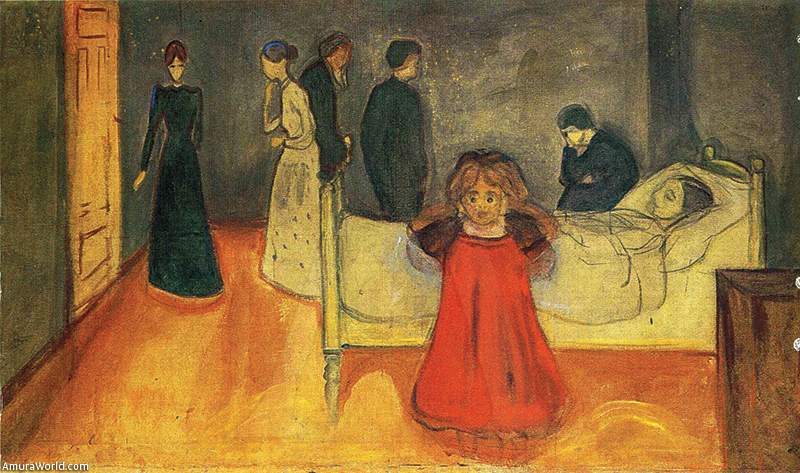 Between Munch’s and Van Gogh’s lives there is a certain parallelism, both being marked by pain and anguish and, quite probably, by a bipolar sickness that promoted psychiatric hospitalizations. They also coincide in their passion for women and tormented love relationships; as well as by the obsessive and psychotic need to create self-portraits. However, Munch, as opposed to Van Gogh, enjoyed fame and recognition while being alive.

Munch himself painted approximately 50 self-portraits throughout his life, obsession that some scholars attribute to his need to have the certainty of his own existence, of feeling and validating himself through seeing his image on a portrait or a picture.

It is their own descriptions of the hallucinations he suffered that serve as a base for the theory of a bipolar illness; The expression that emanates of his masterpiece The Scream (1893) makes his condition evident, which accentuated after a trip to Europe during which he had an incident with Tulla Larsen, with whom he had a stormy relationship, after she threatened him that she was going to commit suicide with a gun, which went off during the struggle, resulting in the loss of a part of a finger of Munch’s left hand.

The artist was hospitalized in several occasions between 1905 and 1909 due to alcoholism associated to hallucinatory productivity, depression and thinking of suicide. During this period he produces various self-portraits. The violence, arguments, fights, and aggressions were not unfamiliar to him, he even got into trouble with other artist which resulted in his leaving his Country for four years. 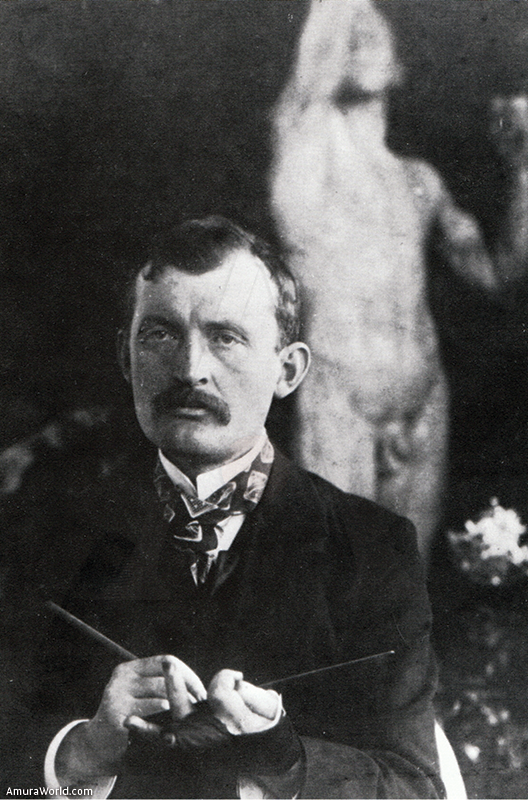 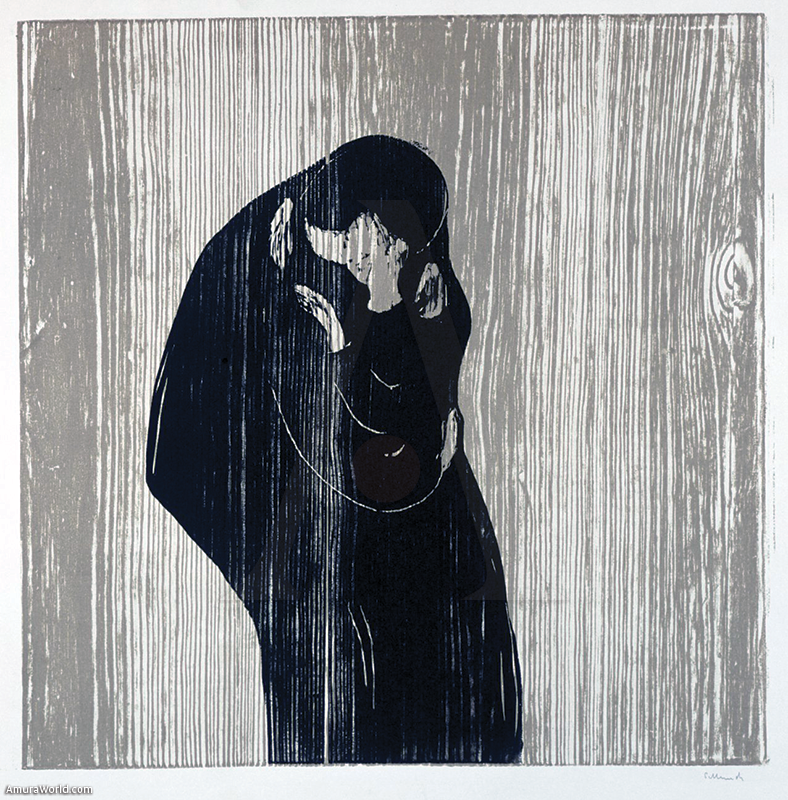 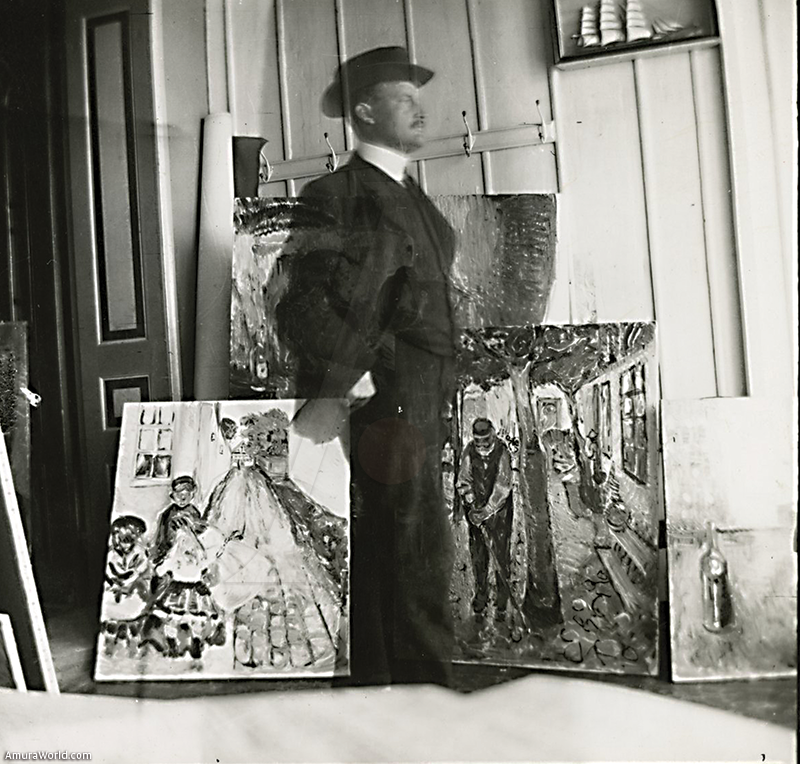 His personal relationships were unstable and intense and he was unable to sustain a long time relationship with a woman and he had a tendency of exploding and being angry. In 1891, Munch registered in his diary the conception of The Scream: “I was walking with two friends. Then the sun went down, the sky turned the color of blood quite suddenly and I felt something like a touch of melancholy. I remained still, leaning on the banister, deadly tired. Over the dark blue Fjord and over the city blood-red clouds hung. My friends left and I stopped again, scared with an open wound in my chest. A huge scream went through Nature”.

The painting –The Scream– was stolen from the Oslo Museum in 2004 and was recently recovered. It holds the record of having been sold for the second largest sum paid for a work of art.

At the beginning of the XX century and carried by his ever present curiosity, he bought a photographic camera with which he registered in a continuous and permanent way for 30 years various self-portraits, fascinated by leaving behind record of the various stages of his life and of the changes he was experimenting while getting old.

“I paint the lines and colors that make an impression on my retina. I paint out of memory without adding a thing, without the details that I no longer see in front of me. That is the simplicity of my work, their obvious vacuum. I paint the impressions of my infancy, the dull colors of a forgotten day”, expressed the artist. 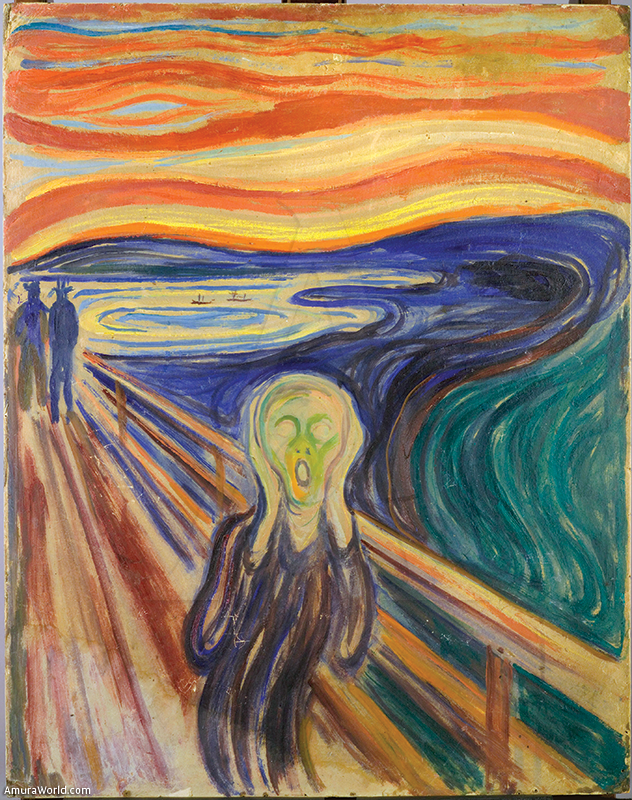 During the Nazi invasion of Norway in 1940, the Germans took all his paintings off of the galleries because they considered them degenerated and the product of a madman. Munch always expressed his aversion for the Nazi ideology. However, during the WWII, the painter became world famous and in 1942 he exposed his work in New York for the first time. Munch repeatedly said: “I don´t want to die suddenly or without knowing it, I want to have that last experience too”. In his last self-portraits he describes his eventual confrontation with Death. That is how, in his last self-portrait: Self-portrait between the clock and the bed (1940-1943) he sets his already fragile figure between the symbol of the inexorable pass of time and one bed where he can wait for Death to come. On January 23rd of 1944 he died in Norway, alone, as he had lived his whole life, with no more company than that of his two dogs, in his house outside of Oslo. He left over 1,000 pictures, 15,400 engravings, 4,500 drawings and six sculptures to the city of Oslo, which, in return, honored him with the opening of the Munch Museum in 1963.

Just as he said, without suffering the illness and the pain, he could not have managed to reach this level of genially innovation in his work. That is how Munch constitutes probably the best example in the history of art of the influence of a psychic illness in the artistic creation, for the artist himself was totally conscious of this relationship.