The song of Norway

Edvard Hagerup Grieg was born in Bergen, Norway on june 15 1843 and died there on septiembre 4, 1907. He grew up in a musical home, permitted to study, without hindrance, happily married, sucessful in his twenties, his deepest grief was the loss of his only daughter in her babyhood, such in brief was the life of Edvard Grieg. It would have been all sunshine, had his delicate constitution not cast a shadow upon its happiest moments. A breakdown from overwork, complicated by pleurisy while he was a student at the Leipzig Conservatory, left him with one lung, and an accident to one of his hands hampered him as a pianist and conductor. Nevertheless he lived to be 64 and became a very sucessuful performer, and to write much music, including the famous Peer Gynt Suites, the brilliant Piano Concerto, and many charming songs and instrumental works. He did more to establish a Norwegian national style, than any of his countrymen.

A family friend, the famous Norwegian violinist Ole Bull, steered him into profesional music; Ignaz Moscheles at Leipzig taught him to play the piano exquisitely, Nils Gade of Copenhague corrected his exercises, and Rikard Nordraak,  another composer, helped him to found in Christiania (today Oslo) the Euterpe Society, whose members vowed to further the development of Norwegian music.

When he visited Rome in 1870, Franz Liszt played his Piano Concerto at sight from the manuscript, and advised him: “Keep steadily on; I tell you, you have the capability, and do not let them intimidate you.” 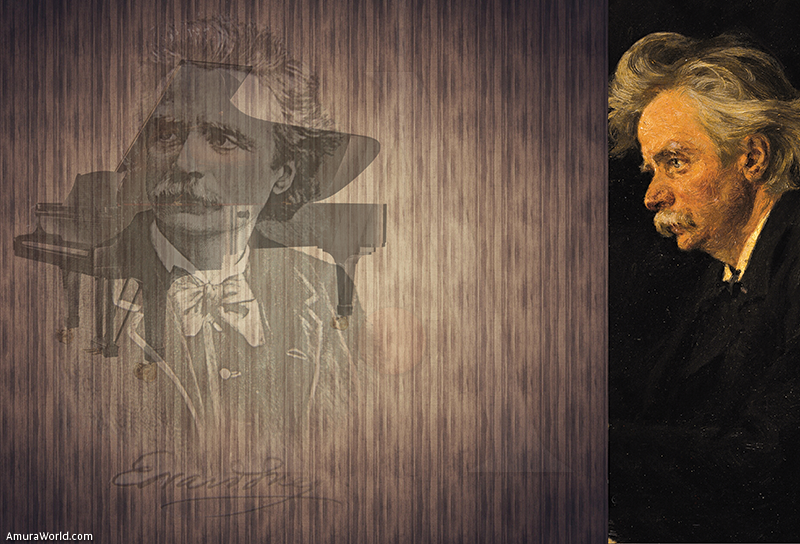 First performance: Leipzig, Germany february 1872. In Grieg’s romantic, spirited melodiousness Tchaikovsky sensed a kindred spirit; and, not unnaturally, he used superlatives in praise of the Concerto: “What charm! What warmth and passion! What teeming vitality…… originality and beauty….”. Today, Grieg’s Concerto excites us less. It has been heard too often, played to death and it has aged, a fact reflected in its virtual disappearance from the repertoire of most ranking pianists. It is only fair to add that we have changed, not the Concerto. Its youthful charm, freshness and its vigor are still there. 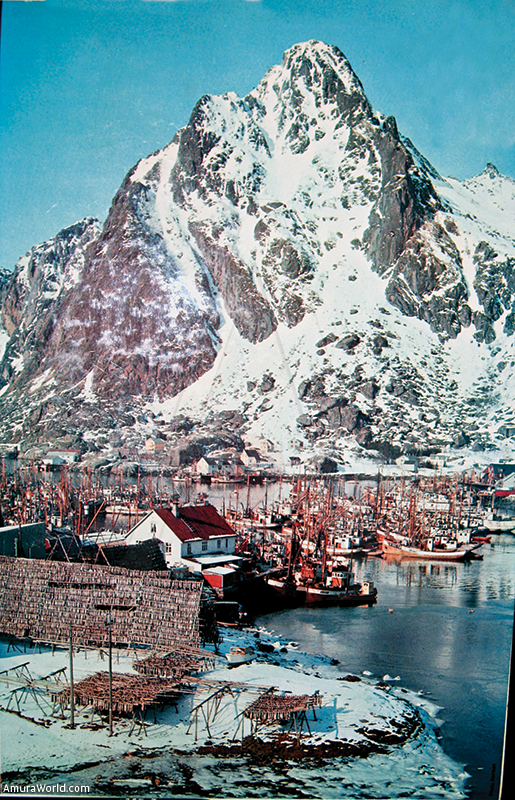 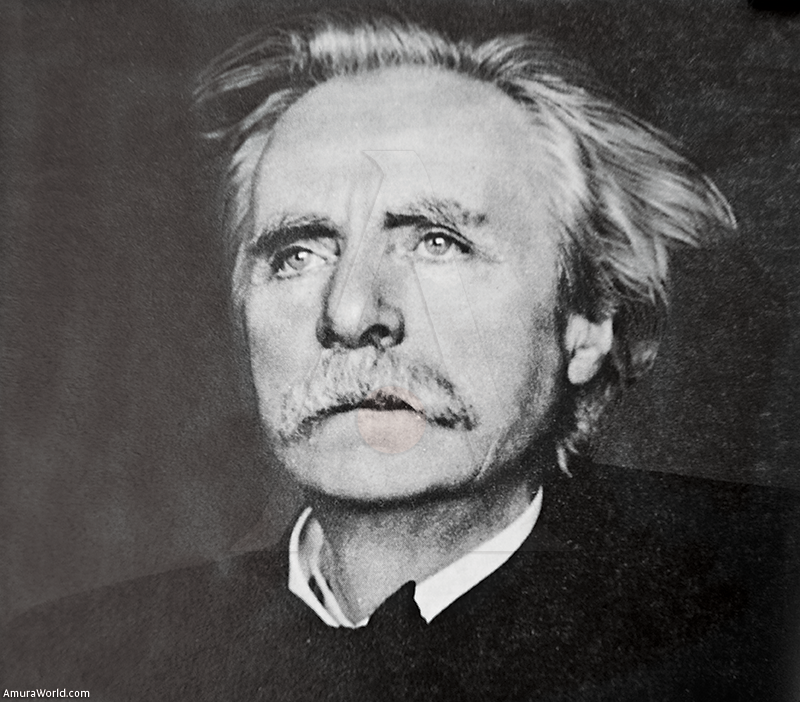 First movement (Allegro molto Moderato): An omnious drum roll, increasing its volumen, bursts forth in a furious proclamation by the piano, leading directly to the statement by the woodwinds of the pervasive first theme. From this point the music unfolds with increasing zest and culminates in a brilliant passage fot the solo instrument.

Second movement (Adagio): Is sad, permeated with the pale glow of a northern twilight.This is the heart of the composition and a magic moment.

Third movement (Allegro moderato molto e marcato- Quasi presto- Andante maestoso): Starts off vigorously and exuberantly. When the tumult subsides, we hear a gentle glowing melody, very characteristic of Grieg. This is just a passing interlude, for the original vitality reasserts itself, and the music progresses to a smashing climax. 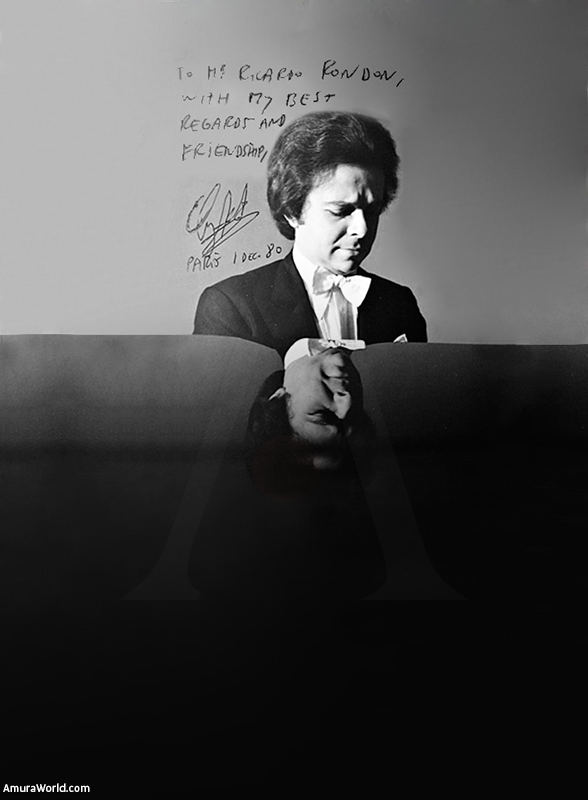 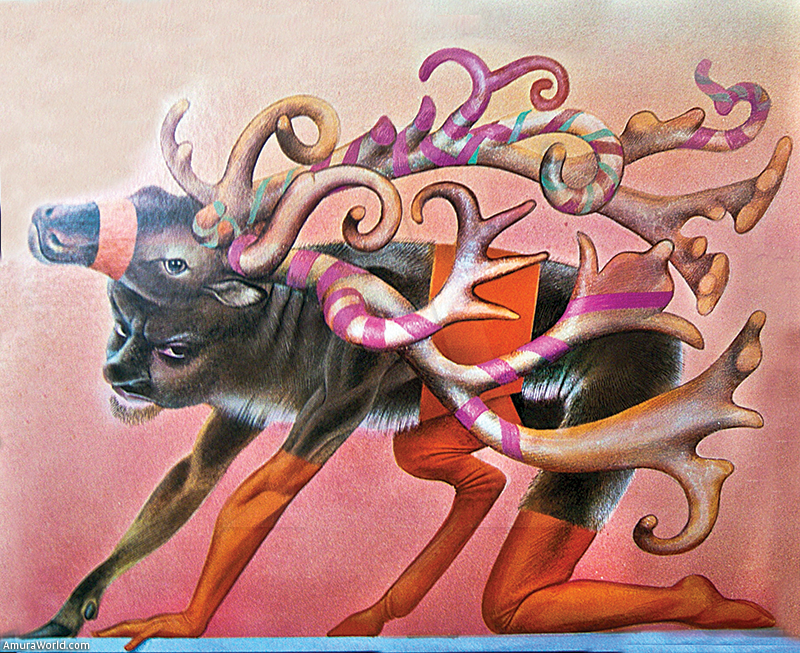 In 1867, Grieg married his cousin, Nina Hagerup with whom he had been in love and for whom he wrote his most famous song, “I Love You”. She sang his songs enchantingly. With her he concertized throughout Europe, bringing a cool breath from the Norwegian fjords to its stuffy concert halls. His music is lyric and refined, and makes liberal use of native folk tunes. To more robust composers he left opera and symphony.

He received a pension from the Norwegian Government, and was honored with distinctions from many countries. Cambridge and Oxford bestowed Doctorates in music doing the same for Tchaikovsky, Saint-Saëns and Bruch.

Peer Gynt is Ibsen’s symbolic poetical drama, first produced in 1867. The heroe is a character out of Norse folklore who, in the Ibsen play, is a vain, boastful egotist and a chronic liar. He lives alone with his aged mother, Ase. Invading the wedding ceremony of his former girlfriend, Ingrid, he abducts her to the mountains. After Ingrid deserts him, Peer becomes an outlaw and goes through various experiences, including one with the troll King’s daughter in the hall of the mountain King. When the trolls attack him, Peer is saved, by the sound of church bells sending the trolls scurrying away in fright. He sets up home in a hut in the woods where he is followed by the beautiful Solveig, who is in love with him. He soon deserts her to return home for Ase’s death. Then he is off again, spending the next quarter of a century in America, Morocco, Egypt. When he comes home again, he is an old , wasted man, who finds redemption through the constancy and devotion of Solveig. The play was an enormous sucess for the composer and of course, for Ibsen.

The opening movement of this first suite is a nature picture of morning, the music is in the style of a barcarolle. As a background to a bucolic melody we hear echoes of a mountain yodel and cowbells. This is followed by a poignant elegy for muted strings that accompanied Ase’s death in the play. Anitra’s dance, the third movement, is a rhythmically exciting oriental dance in the tempo of a Mazurka.

The exotic atmosphere is accentuated in the orchestration through the use of a triangle. The strings contribute to the over-all sensual mood. The final movement, speaking of the land of gnomes and trolls, is constructed from a single grotesque-like motive which the orchestra develops to obtain terror and frightfull atmosphere.

Though the second suite is far less familiar than the first, it boasts one of Grieg’s finest  melodic pages in “Solveig’s Song”. This is a simple, eloquent folk melody, one of the infrequent instances when Grieg went to the storehouse of Norwegian folk music for his material. In this second suite, ther first movement offers an effective contrast between the agitated music of “The Abduction of the Bride” and the poignant melancholy of “Ingrid’s Lament”. The exotic Arabian Dance and the serene measures of “Peer Gynt’s Homecoming” precede “Solveig’s Song” with which the second suite ends.

When Grieg died in his sleep, as peacefully as he had lived, he was mourned as the dean of Norwegian composers. The marble urn containing his ashes was placed on the grounds of his villa Troldhaugen, among hills and fjords. 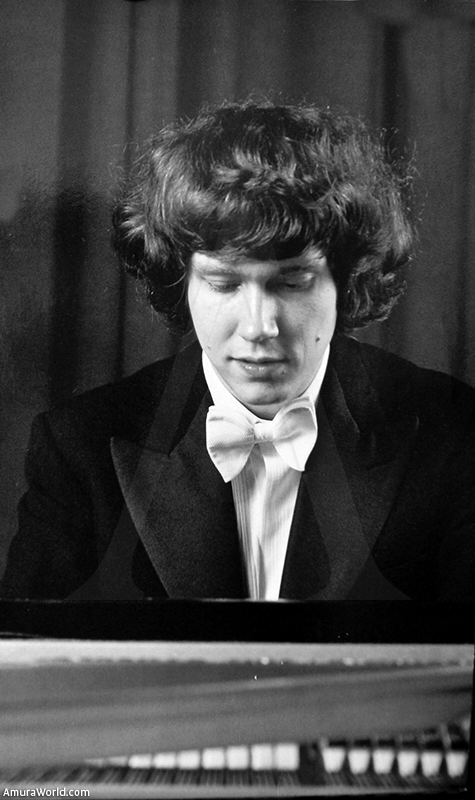 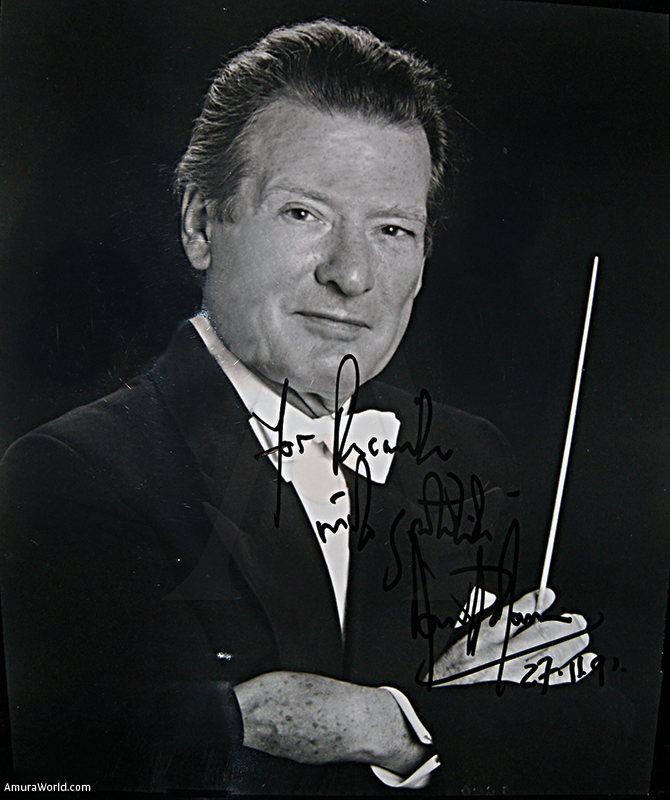 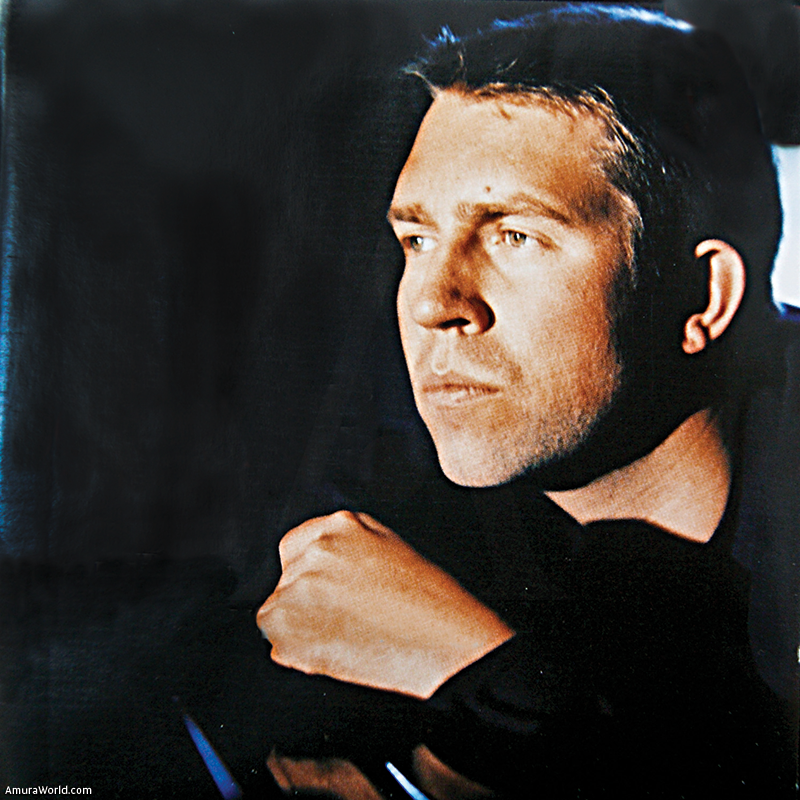 Even though his world was limited, he was a unqualified master in it. The world he created was of considerable enchancement, and one of his own making. Grieg found “unsuspected treasures of poetry among rocks and forests, rich and delightful sonorities heard in the loneliness of unfrequented places, a lifting of the heart at the touch of a fresh and childlike imagination.

Two Norwegian composers deserve a special place in its history. Johann Severin Svendsen (1840-1911) displays youthful happiness and a fine use of the orchestra. He was a conductor and wrote the famous piece Carnival in Paris, besides four Symphonies, with Nos. 1 & 2 being the best and considered the most important  ones in Scandinavia before Jan Sibelius. Christian Sinding (1856-1941) studied at Leipzig and Berlin and spent his life in Oslo, except for a couple of years teaching at the Eastman School of  Rochester, New York. He also received a Government pension. His music is fluid, ingenious and inviting. His compositions for piano are delicious specially the wellknown  Rustles of Spring. 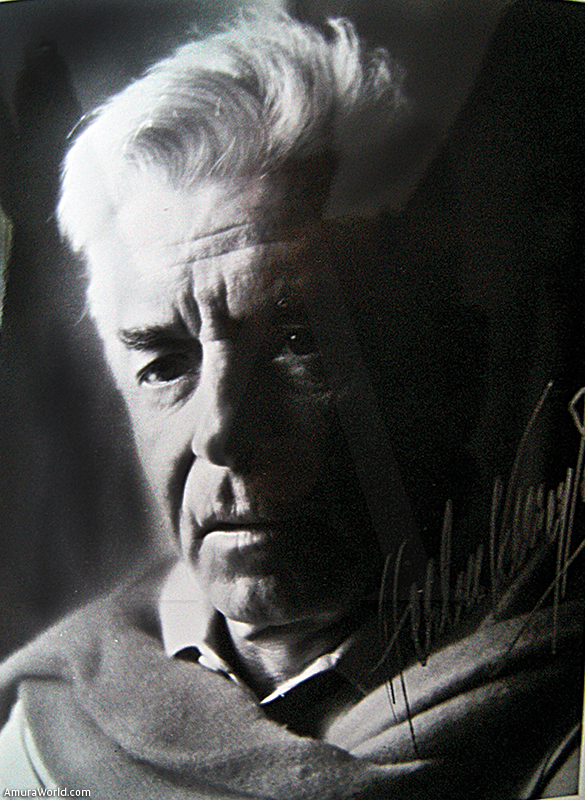 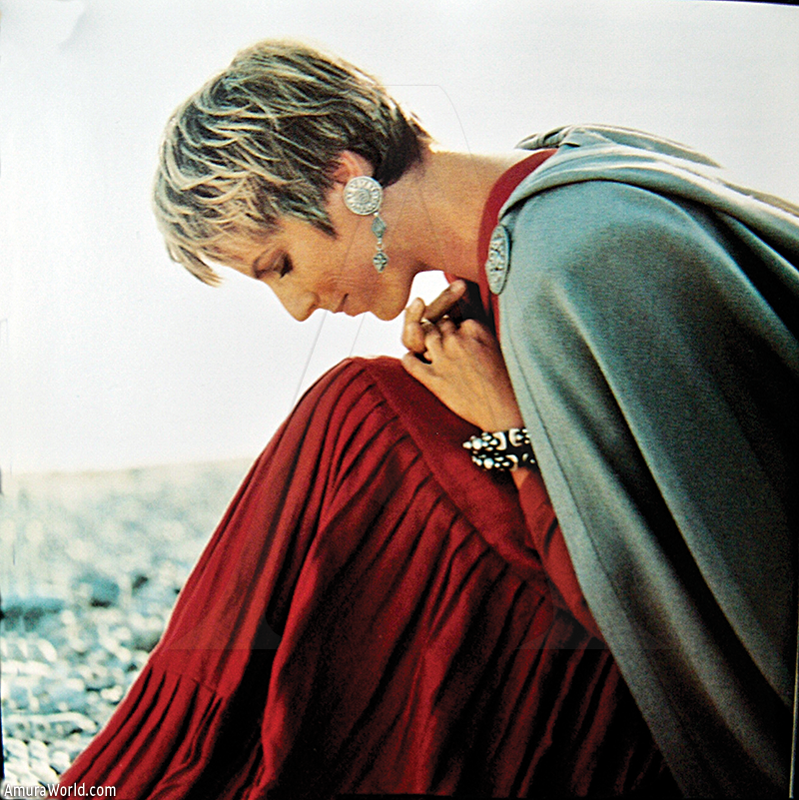