The Venice International Movie Festival was the first of all. It began in 1932 and it marked the starting point for all other big name festivals, like Cannes or San Sebastián. It is part of the Biennale of Venice, one of the most important cultural organizations of the world, and has huge archives of art, where we can find great works of painting, literature, photography and cinema.

This year’s edition has as jury conformed by Joan Chen, Philip Gröning, Jessica Hausner, Jhumpa Lahiri, Sandy Powell, Tim Roth, Elia Suleiman and Carlo Verdone. Amongst the works that earned a prize are  En duva satt på en gren och funderade på tillvaron (A dove sat on a branch to reflect on existence), of Roy Andersson (Sweden, Germany, Norway, France), that earned the Gold Lion to the Best Movie;  Belye Nochi Pochtalona Alekseya Tryapitsyna (The  white nights of the Mailman) of Andrej Koncalovskij (Russia), recognized with the Silver Lion to the Best Director; the Coppa Volpi to the Best Actor, the jury gave to Adam Driver for  Hungry Hearts, by Saverio Constanzo (Italy) and the Best Actress recognition went to Alba Rohrwacher, also for Hungry Hearts. 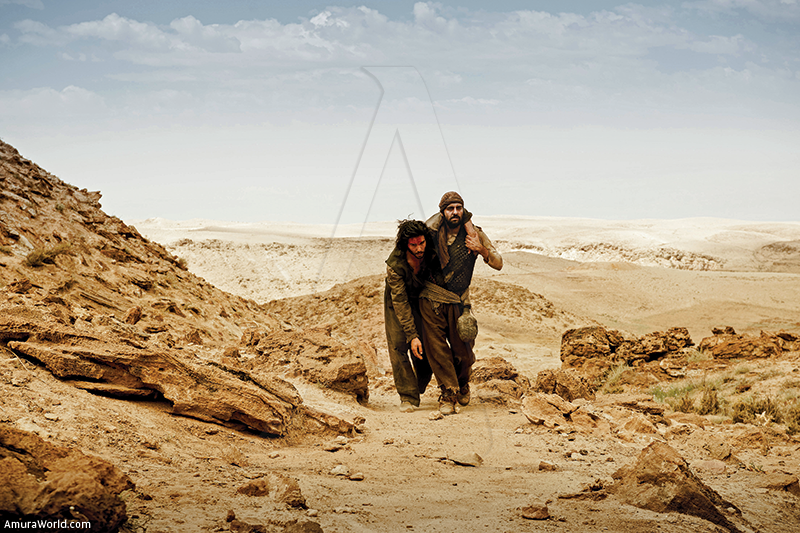 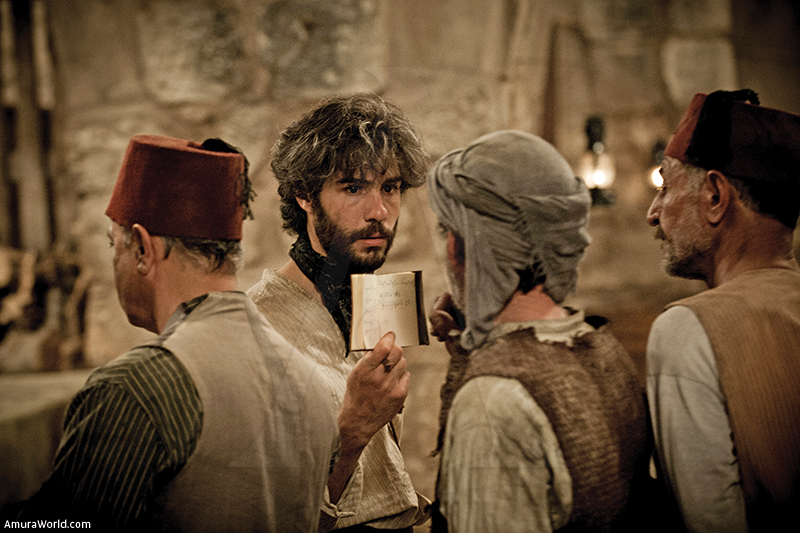 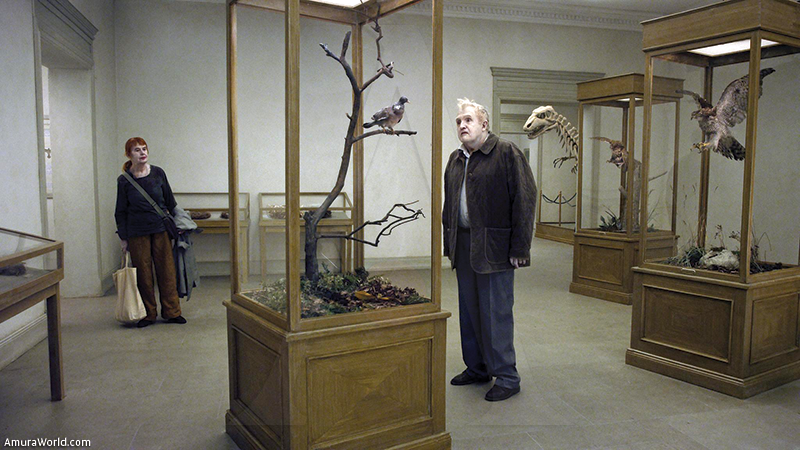 The most outstanding productions

Set in the City of Mardin, in Turkey in 1915, one night the police is going through the names of all Armenian men in the city, amongst them, the young blacksmith, Nazaret Manoogian, who is separated from his family. Years later, after surviving the horrors of the genocide, he finds out that his daughters are also alive. He becomes obsessed with the idea of looking for them and gets ready to locate them. His search takes him from the deserts of Mesopotamia and La Havana to the dry and desolated prairies of North Dakota. Through this epic journey, he encounters a series of very different people: from angelic and good hearted people to the Devil’s incarnation.

A pigeon sat on a branch reflecting on existence

It tells the story, in the “Don Quixote and Sancho Panza” style, of Sam and Jonathan, two Street vendors who sell novelties in a kaleidoscopic wandering through the human destinies. A journey that shows us the beauty of the moments, the meanness of some people, the humor and the tragedy that live in us, the greatness of life, as well as the fragility of humanity.

There is a premise known around the world that states that hard and honest work will get you nowhere. In the sunny weather of Orlando, Florida, the proud and desperate hard worker builder Dennis Nash is evicted from his home by a Real Estate agent, Mike Carver; Dennis finds himself in the need to go and live with his mother and his young son to a cheap, poor motel. Everything is lost, until a sudden unexpected opportunity allows Nash to make a deal with the Devil in a desperate attempt to get his home back. Carver seduces Nash and convinces him of getting into the risky world of robbing banks and the government. Nash makes huge amounts of money, but there is a price to pay… By Carver’s orders, Nash must evict honest families from their homes, exactly as what happened to him. Nash’s conscience is eating him alive. With a lucrative contract in his hands, he will have to choose between the destruction of an honest man or risking everything by going against Carver and his search for redemption.

It is a story with characters that represent different layers of society. It shows a brave and honest image of today’s society in Iran, with its recent problems, that include students and workers movements, amongst others. The characters, that include actors, intellectuals, workers, burocrats, social workers, etc., show common characteristics: they are passionate and in love. Ghesseha is a love story of mothers and sons and daughters, husbands a wives, men a women whose love and passion gives them the hope to overcome their difficulties, when these are the universal fight between the inferior layers of society or emotional issues, until they find their strength to continue their fight for a better life; reaching the highest point in the enjoyment of being enlightened by love. 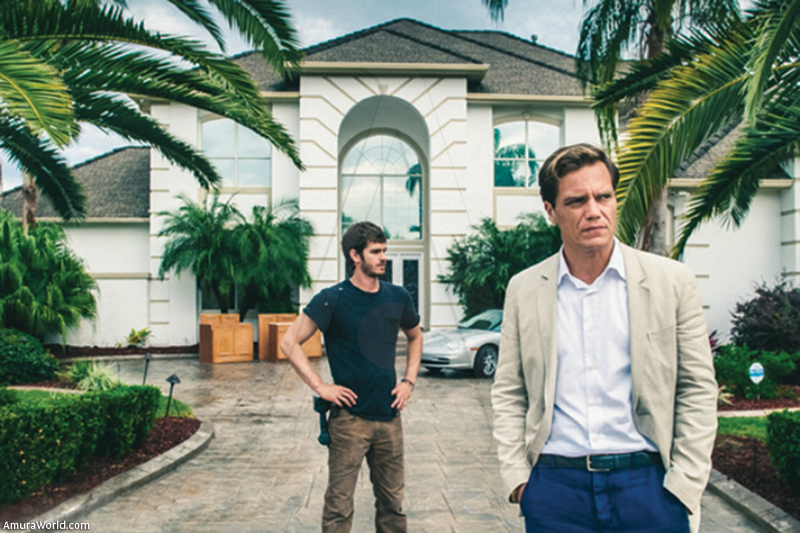 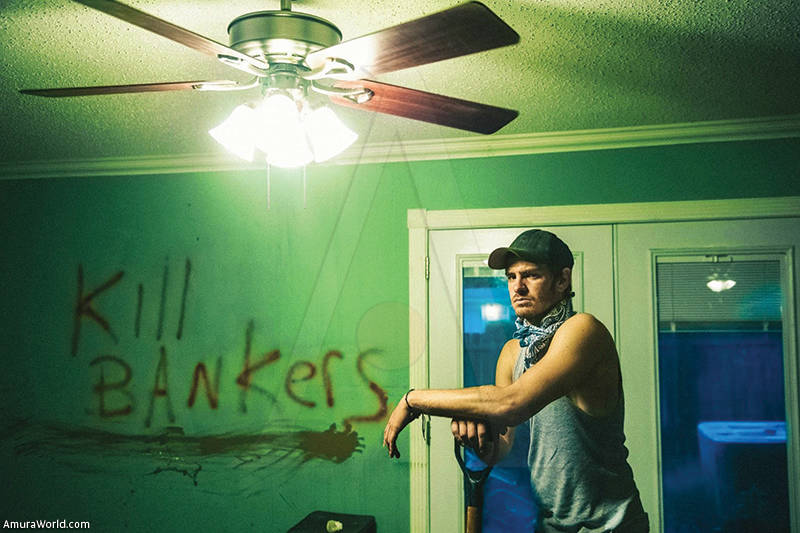 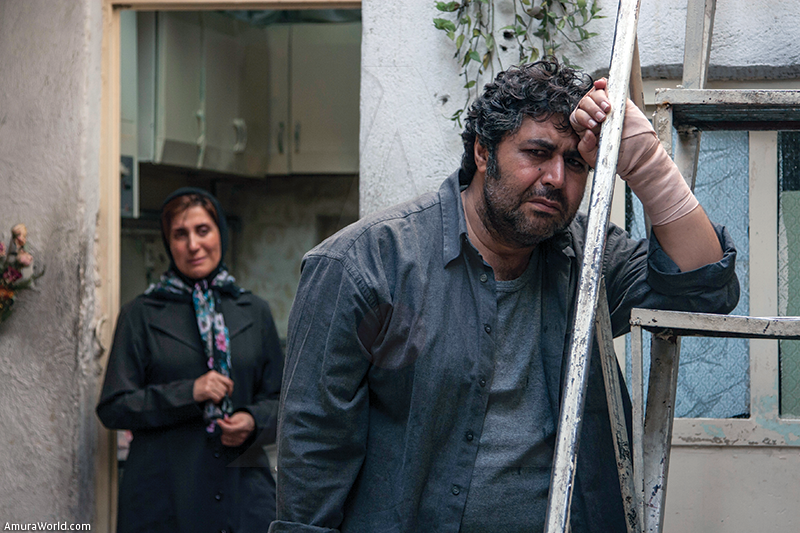 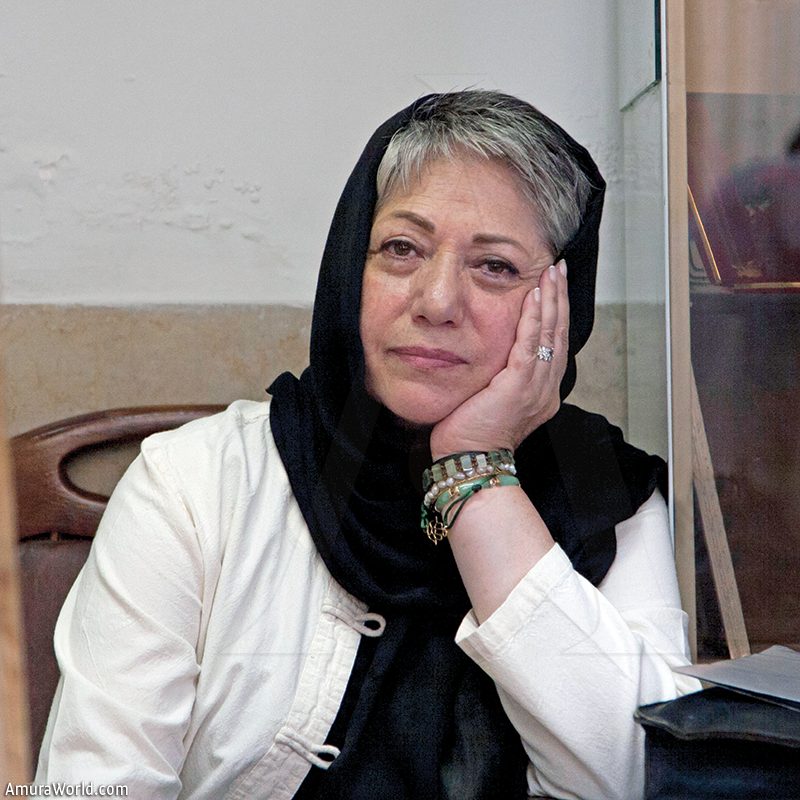 The story is set at the end of the 1970’s at the edge of Lake Leman, in Genève, Switzerland, in the small area of Vevey. When getting out of jail. Eddy, a 40 year old, opportunistic Belgian thief, encounters his friend Osman, who allows him to stay in his shed in exchange for keeping an eye on his daughter Samira, who is 7 years old, while her mother is in the hospital. The Christmas time and the extreme poverty had turned Eddy quite bitter. An unexpected turn happens when the death of Charles Chaplin and the richness he had are announced, making Eddy consider what will happen if he steals Chaplin’s body and demands ransom to the family.

The first time that Victor enters the Montpellier Opera, he knows nothing of music; he does not know his father either, Samuel Rovinski, who is there to conduct the 6th Symphony in La minor of Gustav Mahler. Victor has decided to step out of the shadows and change his uncertain future. Inspired by the love of Nadia, his mother, and by Luna, with whom he has fallen in love, he will go as far as he requires. 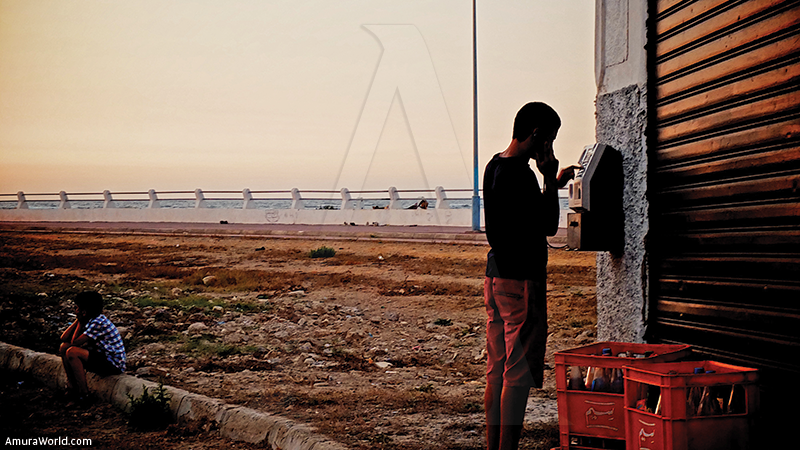 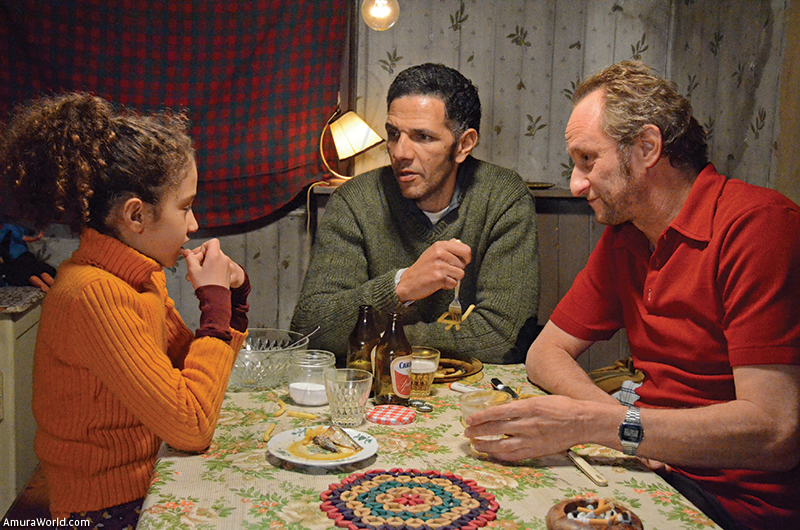 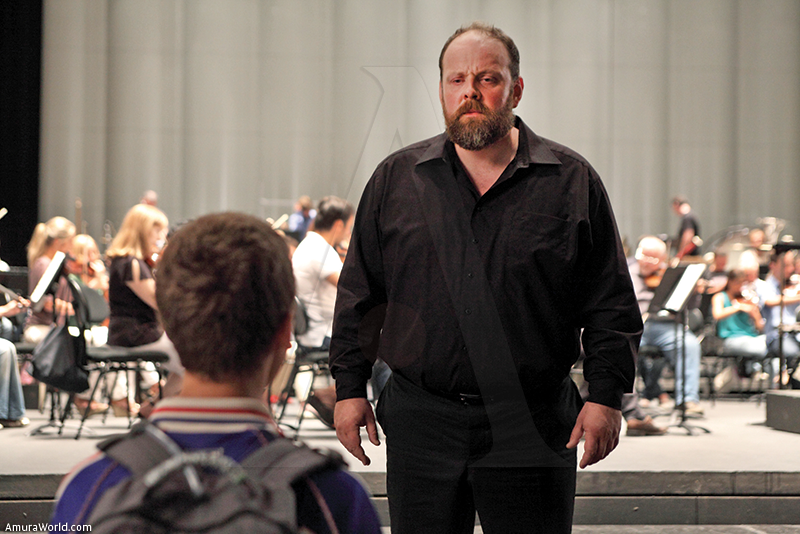 One day, one life. Rome, the night of November 2, 1975, the poet and movie maker Pier Paolo Pasolini is murdered. Pasolini is the symbol of an art that is fighting the power. His writings are outrageous, his films are chased by censorship, lots of people love him and the same amount also hates him. The day he died, Pasolini spends his last hours with his beloved mother and with his dearest of friends; finally, he goes out into the night in his Alfa Romeo in search of adventures in the Eternal City. At dawn his body is found on the Lipo Beach of Ostia, outside the city. In an oneiric and visionary film, a mix of reality and imagination, Abel Ferrara reconstructs the last day in the life of this poet.

The locksmith Angelo Manglehorn, affected by the loss of Clara, the love of his life, prefers to find comfort in his work and his daily routine. Focused on her memory, he feels closer to his beloved cat tan to the people around him. In spite of this, he maintains his human connections, keeping intermittent contact with his son, while he starts a cautious friendship with a good-hearted woman in the local bank. That is how this lonely man gets closer to the possibility of a new love; he finds himself in a crossroad where he can remain dwelling in the past and get consumed by it or embrace the present.  Manglehorn is the touching portrait of a man surrendered by sentimental simplicity and idiosyncratic humor.

Birdman is a black comedy that tells the story of an actor that is famous for interpreting an iconic superhero. He fights to stage a Broadway play. On the previous days to opening night, he faces his ego and tries to get his family, his career and himself back. 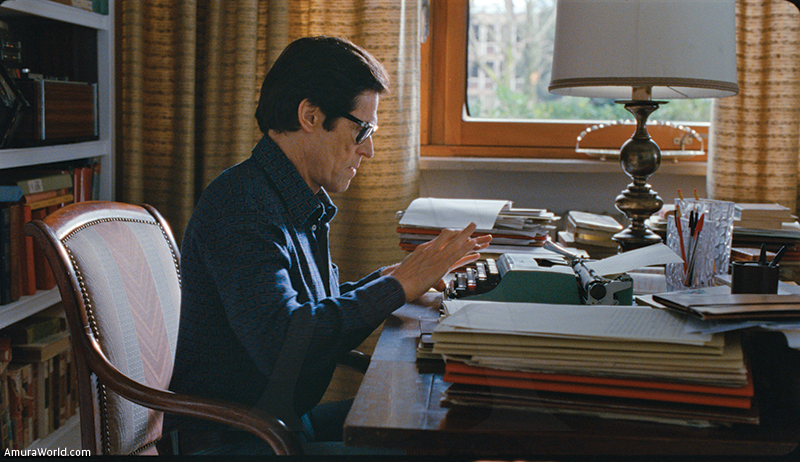 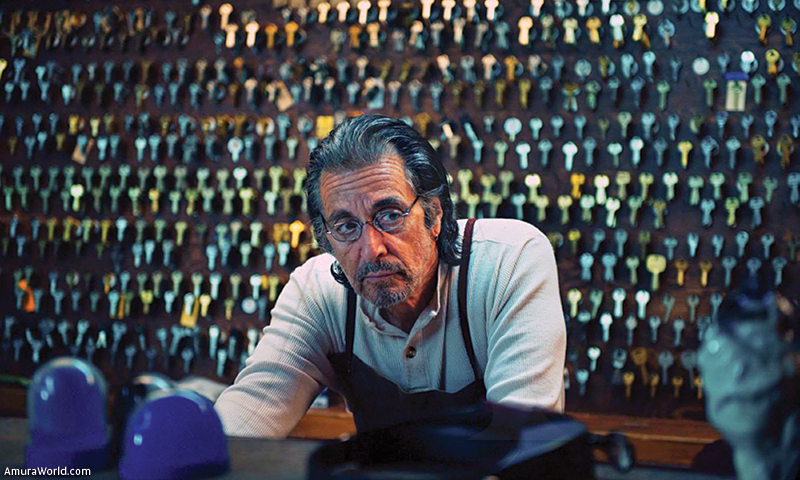 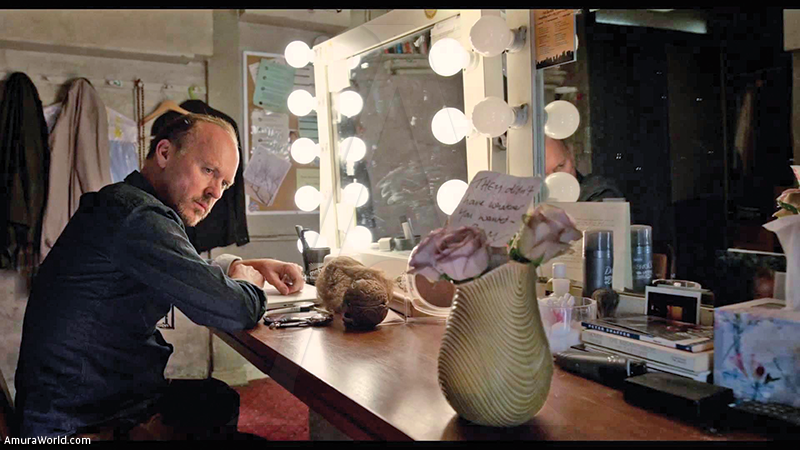 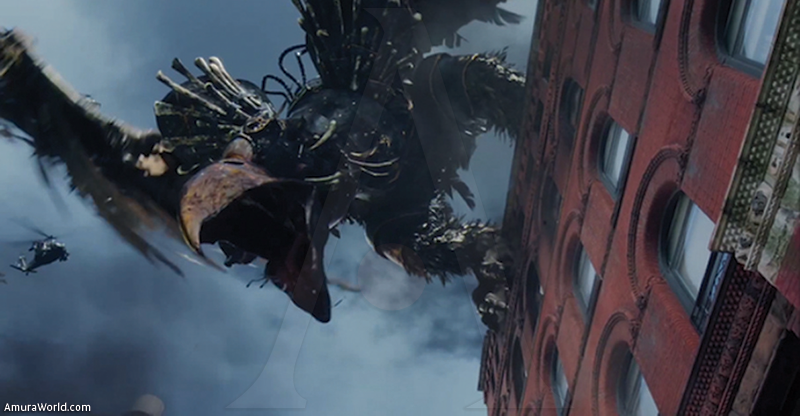