The prince of Valencia

When referencing the legendary figure of Rodrigo Díaz de Vivar, the Cid Campeador, and his years in Levante, it is worth to differentiate the historical data, firmly documented, from the literary works loaded with mythical elements. It is always necessary to compare them; however, they should not be mixed-up.

On July 10th 1099 AC Rodrigo Díaz de Vivar, the Cid Campeador, died in Valencia, city that he conquered  in 1094, after a siege that lasted several months in what has been considered one of the most celebrated heroic deeds not only in the life of this native of Burgos, but also in the Spanish History. Years before the victory of the Cid, Balansiya (which is Valencia’s name in Al Andalus), was under the control of Yusuf ibn Tashufin, first Emir of the Béreber-almorávide dynasty and founder of Marrakech (1062), who extended his control from North of Morocco, central Maghreb and the actual Alger, all the way to the Iberian peninsula, where he beat the Monarch of Castile and León Alfonso VI of León, the Brave, in the Battle of Sagrajas or Zallaqah in 1086.

After his unfortunate exile by Alfonso VI in 1801, and until 1085, the Cid was at the service of Yusuf al-Mutamin, King of the taifa of Zaragoza, who owes most of his military successes to Díaz de Vivar, though this part of his life is not included in Cantar del mio Cid. In 1086 Don Rodrigo returns to Castile, once he has reconciled with Alfonso VI, to be sent to Levante to protect the Castilian interests. However, and because of a new exile by the King, he continues battling on his own behalf, conquering Levante (including Valencia), where he assumes his Manor under the title of Prince of Valencia. That is how the Valencian Principality, which lasted until May of 1102, after being reconquered by the Muslims, when Jimena, wife of the Campeador, abandons the city. 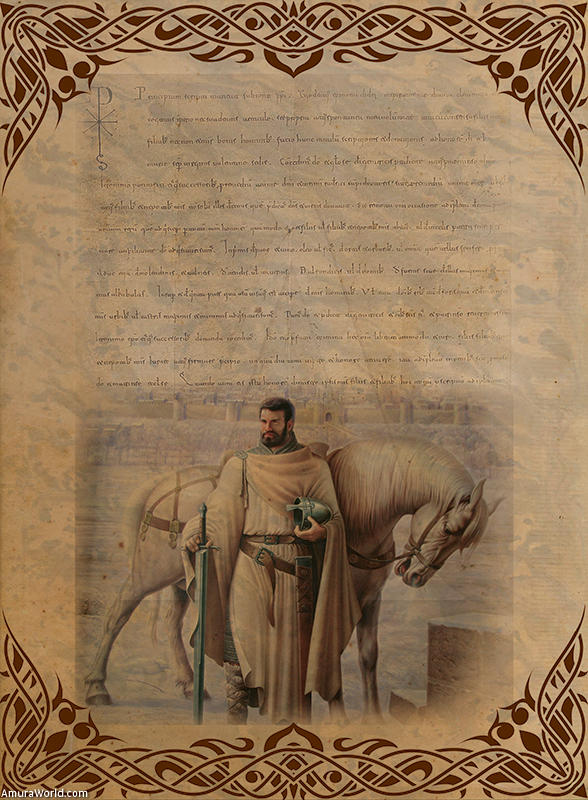 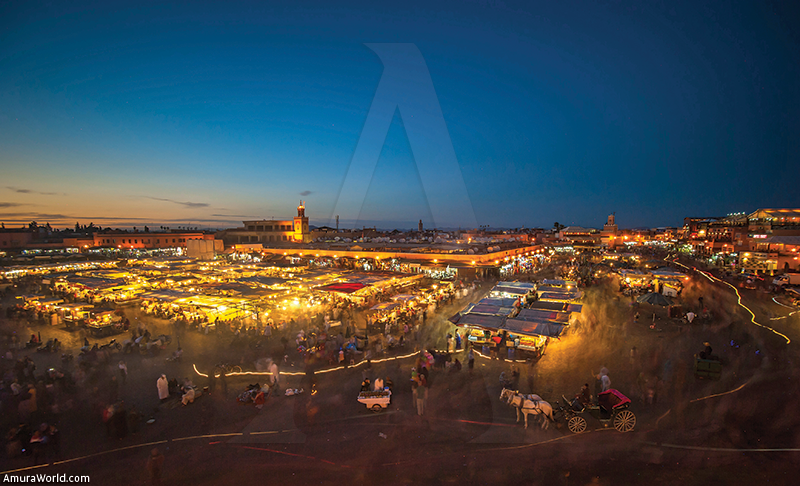 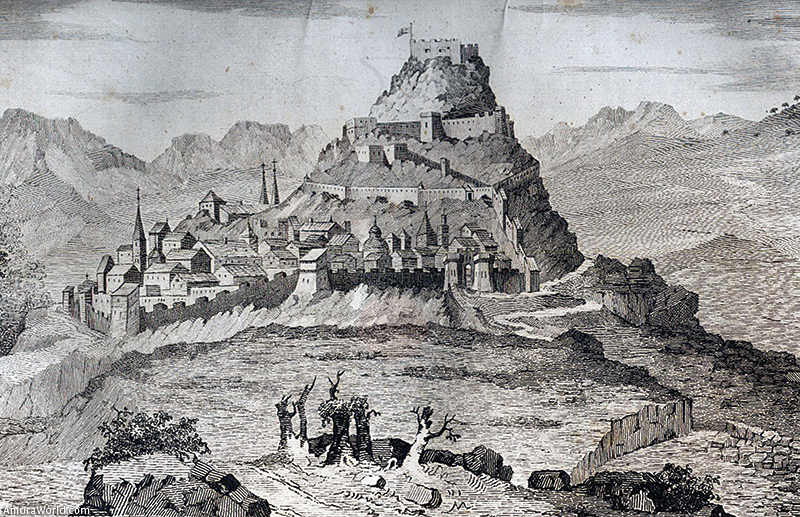 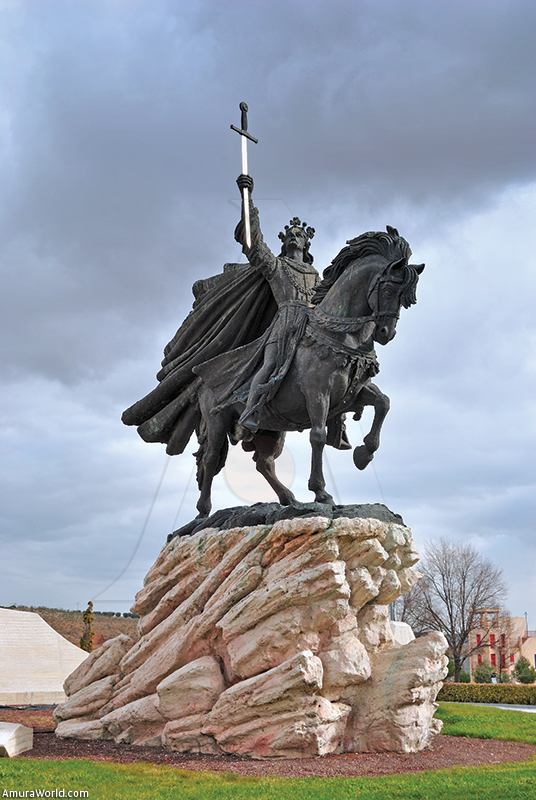 While getting closer to Valencia, the gentleman from Burgos robbed the taifa of Denia, to get closer later on with his troops to Murviedro; event that generated that Al-Qádir, king of the Toledo and Valencia taifa paid him taxes, getting the payments that belonged before to Alfonso VI. By then, the Cid was one of the most notable figures in the Iberian Peninsula because of the control he established with the Valencian Manor, getting taxes from places like Lérida, Tortosa and Sagunto, amongst others. Three years later, in 1902, the Campeador took as his headquarters the so called Peña Cadiella (Cadiella Crag), in the Benicadell mountain range, natural border of approximately 25 km between the provinces of Valencia and Alicante. That same year, Ben Yahhaf, after murdering Al-Qádir, decides to capture Valencia, as soon as he learns about this, Don Rodrigo, from the fortress of Cebolla (The Puig), establishes a siege. Regardless, the Valencian ended up unprotected and suffered shortages for almost a year, until the city surrendered on June 17th, 1094, when the Cid took control of it.

From the moment that the Emir Yusuf ibn Tasufín learned of the surrender of Valencia and prompted by the complaints of the inhabitants of Denia regarding the subjugation that they were suffering, he decided to get it back. So, on October 21st, 1094, the famous Battle of Cuarte took place, the biggest victory the Cid had in all his warrior trajectory and the first defeat the Almorávide Empire suffered in the Iberian Peninsula. 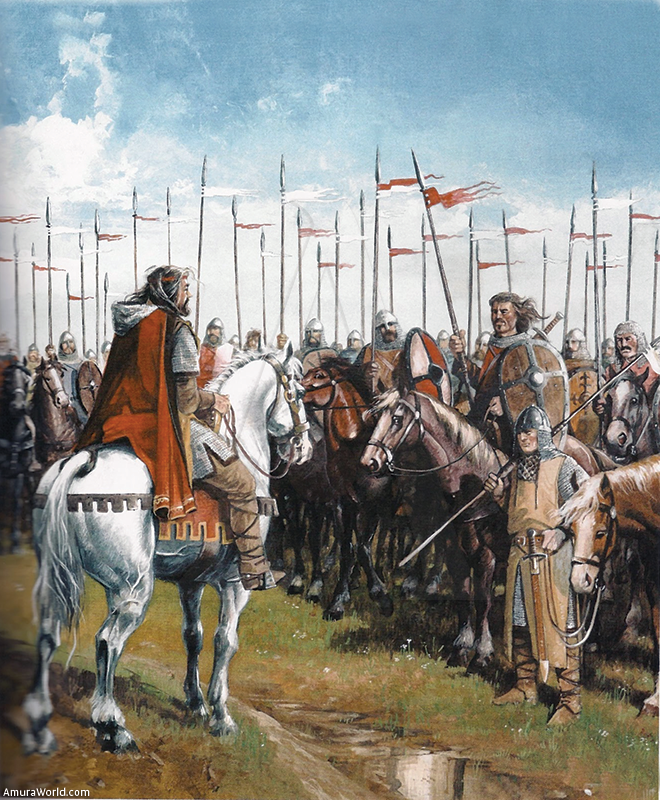 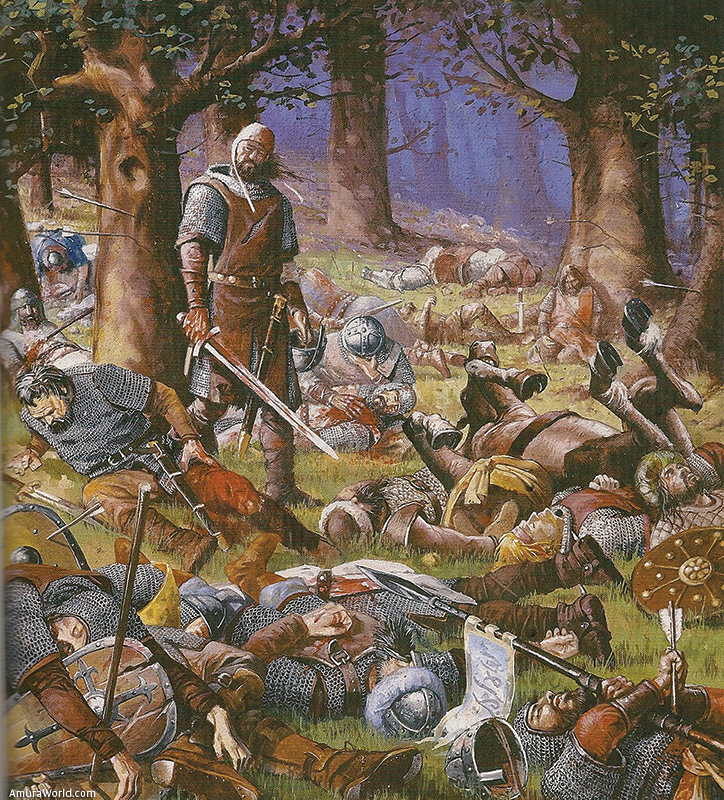 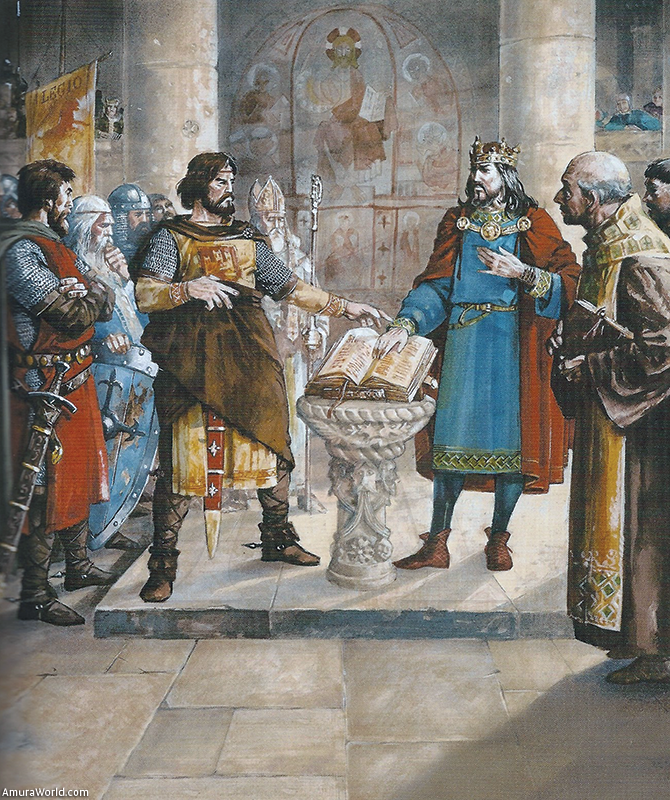 At daybreak, the troops of the Cid -smaller in size- got out through the Boatella door and surrounded the Almorávide army without being detected, so, when the Arabs were to see them they would think that reinforcements of Alfonso VI that were coming from Castile; in the meanwhile, another part of the cavalry left Valencia through the West door, known as La Culebra (the snake), faking a frontal attack to which the Almorávide troops responded, without imagining they would be attacked by the rear-guard. The Cid’s strategy took the larger part of the Almorávides by surprise and ended up scattering in all directions.

At the beginning of 1097, the Cid, helped by the troops of Aragon of King Pedro I with whom he had allied three years before, he wins the attack of the Almorávide commanded by Yusuf ibn Tashufin, in which turned out to be the beginning of the last conquests in Rodrigo’s life; this victory was sealed with the Battle of Bairén, and would take him to conquest Almenara, and, on June 24th, 1098, the powerful plaza of Murviedro. However, a year later, between May and July of 1099, the Cid dies of natural causes.

His wife Jimena managed to defend the city from the Moors for a few more years, with the help of Alfonso VI, until, finally, on May 5th, 1102, she abandons Valencia, taking with her the remains of the Campeador, which would be placed in the Monastery of San Pedro de Cerdeña in Burgos, resting today, alongside with those of his wife, in the Burgos Cathedral.

“How big the joy is that invades the place, when Mio Cid won Valencia and entered the city”. 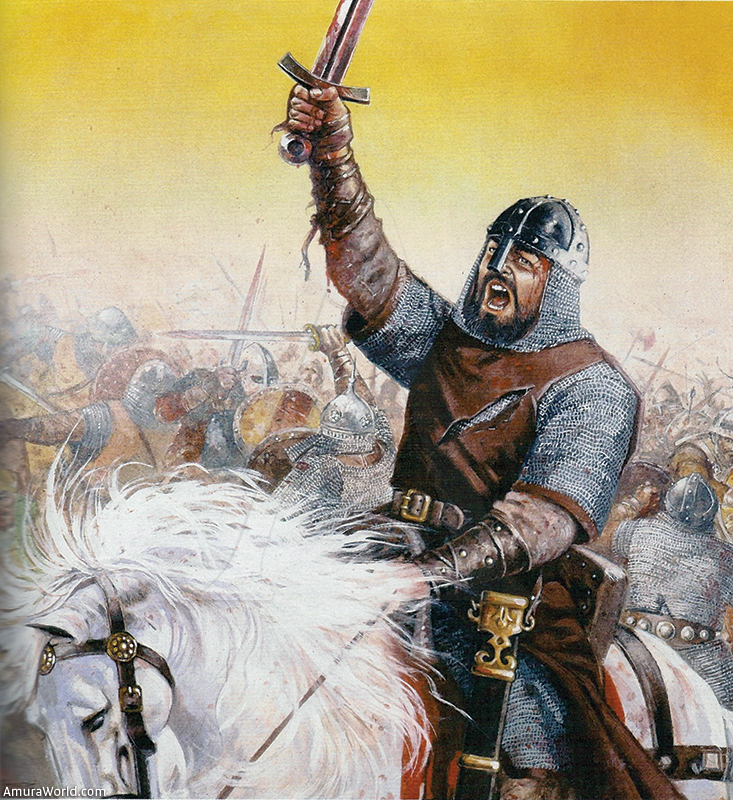 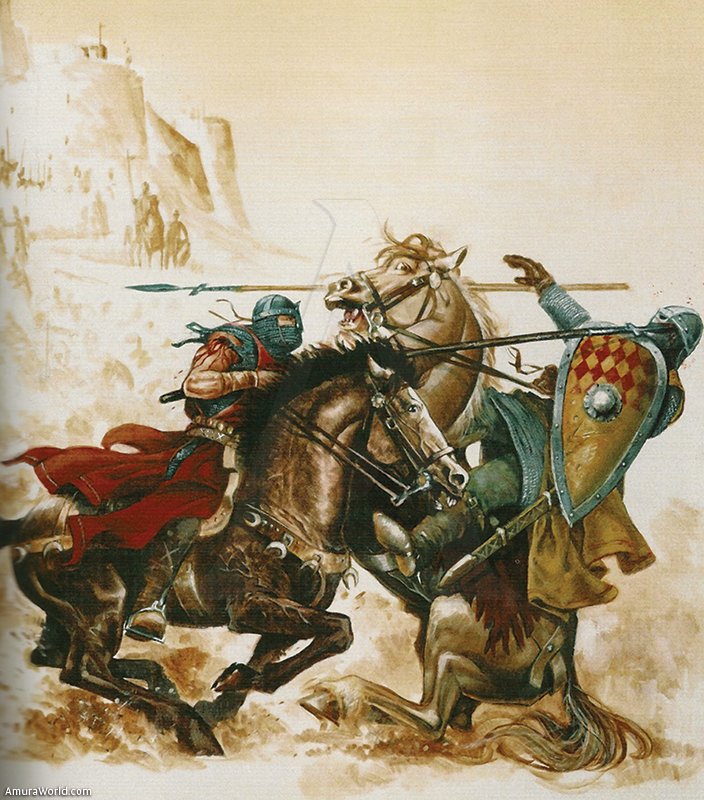 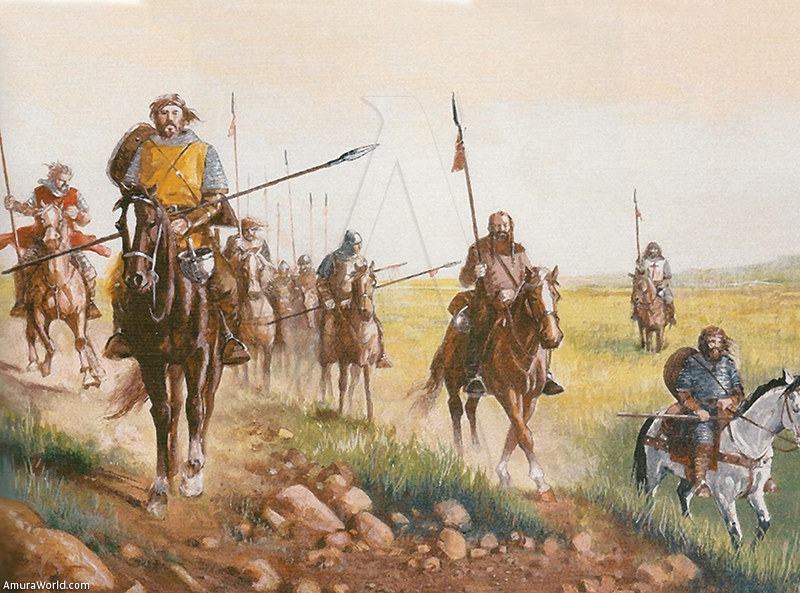 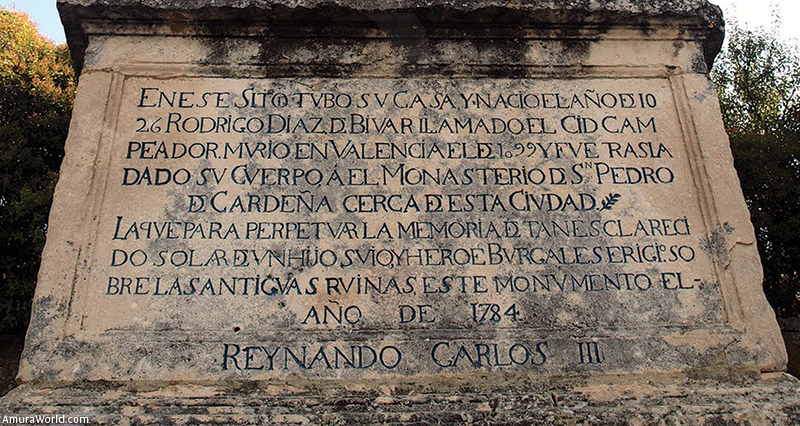