Echoes between the snow

We had finally found it! From far away it looked precisely like a four-meter tall giant with opened arms and legs and in a defying attitude. A thick white fur would cover it, although it was hundreds of pounds of snow on top of it The guide point it out an said it was a “Tnukshuk" so we hurried up until we crossed the approximately 2 kilometers that were separating us from it.

We went through mountains of snow and hills until we found ourselves at its feet. Then everything would become like a magic moment: The Manitoba tundra mixed with the bluest sky I've ever seen in my life: a pack of moose quickly ran across the valley far away, and that sensation that the ancestors of the Inuit welcomed us to what it is said to be, one of the most important artistic pieces of its legacy. 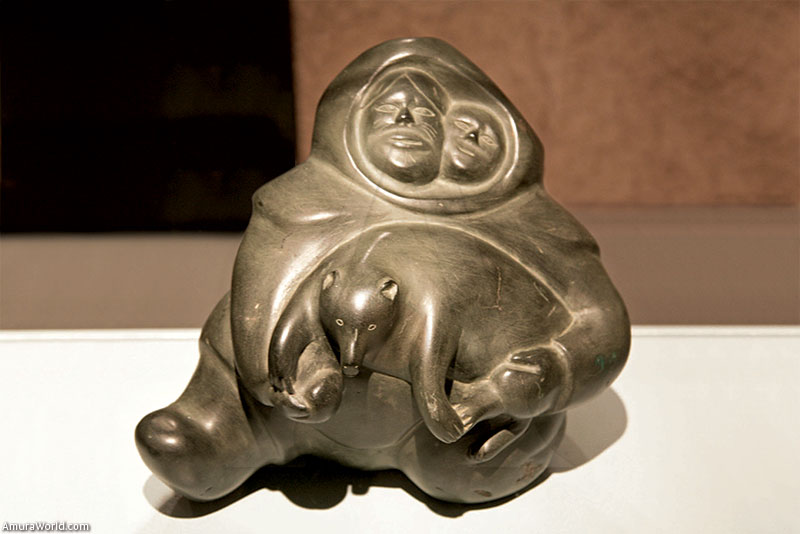 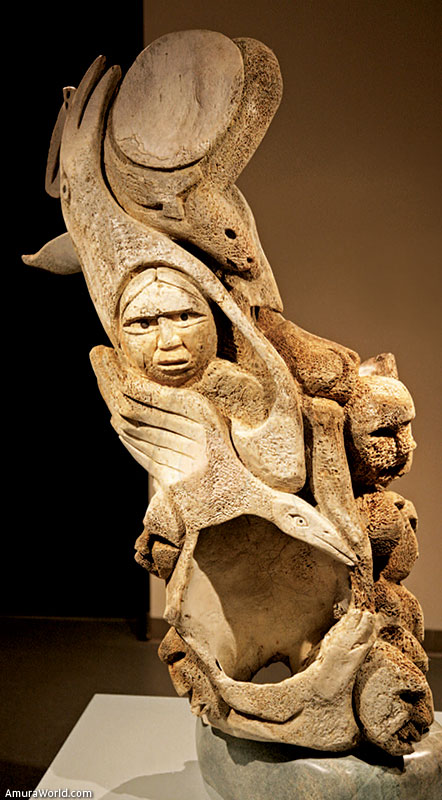 The Inuit- the natural habitants of these places since ancient times-, were its creators and it is said that within the region you can find Inukshuks which have more than a thousand years of existence. In the Inuit language. Inukshuk means "that which looks like a person” and even though now we discover in them a completely artistic context, the creation of this anthropomorphic moles made with giant stones, had a very important role in the caribou hunting, this way before the Inuit had access to guns and ammunitions with the arrival of the European to America in the XVII century.

The traditional hunting method would consist of lifting a series of Inukshuk placing them in a funnel kind of way that would lead them to a dead end alley, an ambush spot above a hill. The armed hunters with arches and bows would remain hidden behind an inukshuk. The women and the children would lead the caribous flock towards the hunters, shaking furs up and down, making a lot of noise. The caribous would get really nervous, since being myopic they would see the Inukshuk as humans and would believe they had fallen into a trap. This way of hunting created confusion among the herds and would allow hunters to stay behind the flock.

Since the Inukshuk can be seen from kilometers away and is spread here and there on most of the Canadian territory, today as well as in ancient times the travelers use it as a direction reference. 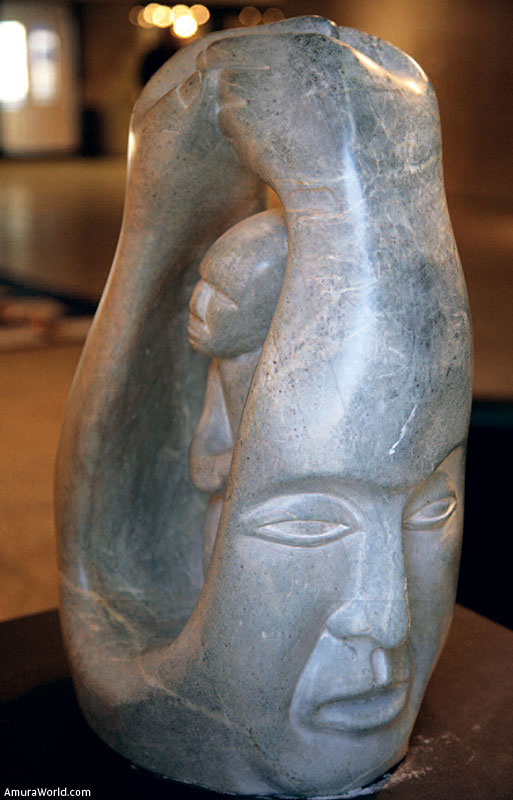 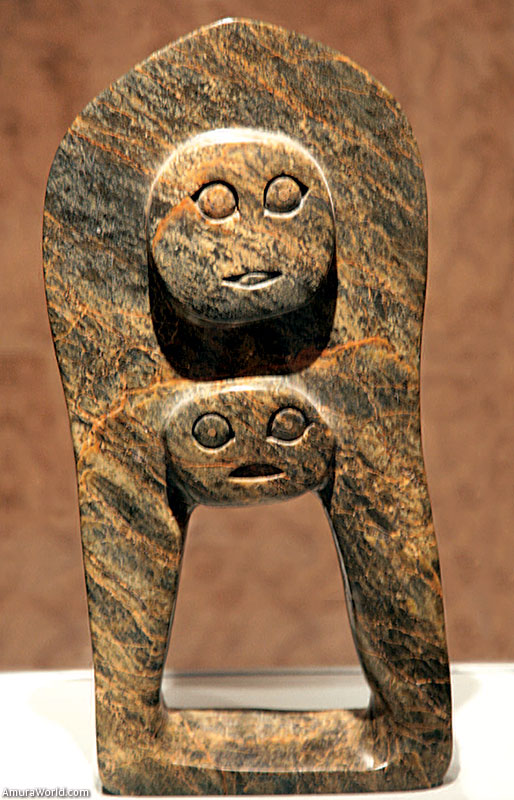 Besides these impressive sculptures, from a prehistoric age the Inuit used the wood, marble and stone utensils, for which they are recognized as great carving artists. The marble comes

from the walruses and the whales, the most accessible carving material, transformed in small figures, which represent animals and people. The beach wood and the whales beard are carved to make ceremonial masks, some of them in such a small size that are carried in the women s fingers during ritual dances.

After the indicated interaction with the European merchants, Canadians and Americans in the XVIII century, the Inuit began producing commercial articles, carved fangs and marble objects, just like working the whale's beards for the elaboration of canes and cribbage boards. From 1950, the Canadian government, concerned with the increasing pressures that were put on the Inuit for a monetary economy, promoted the carving and the sale of very elaborated esteatita sculptures.

The sculpture and patterned, commercialized in a cooperative regime, have become the pillars of the Canadian Inuit economy and in one of the most known sides of its culture and such is the creative strength that drives the native art of the original Canadians that the Inukshuk figure was chosen ad the official Winter Olympics image celebrated last February in the City of Vancouver in British Columbia: with which the Inuit art acquires a greater validity than ever by becoming an universal iconic element.

After a while of observing “giant of the snows', the tour of which I w-as a part of had to leave, so we headed back and after several minutes the Inukshuk got lost amidst the white of the hills: nevertheless, ill never forget the expressive force thoscpiled up stones in shape of a man had. Or the bill of those representations of walruses and polar bears. A North American Indian told me that that was easy to explain. He said, that each one of those pieces carried their soul inside. 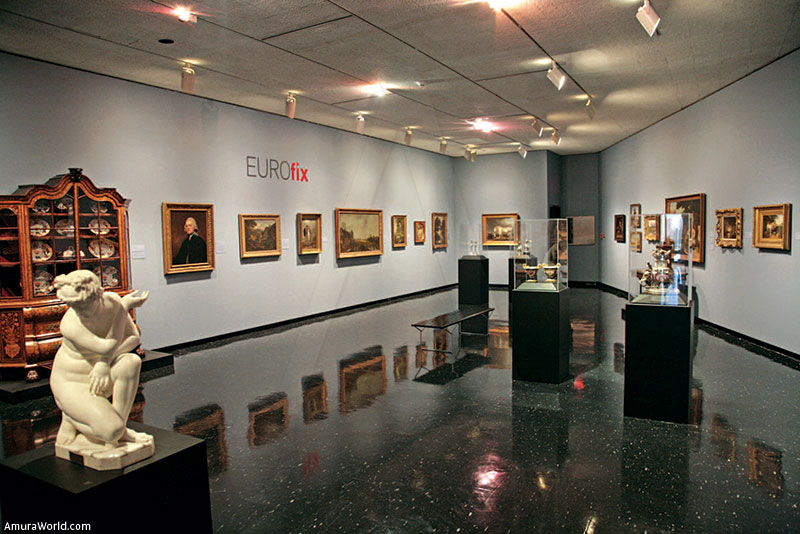