The Bodies-house of Kiki Smith

Actually the Kunsthalle Nuremberg presents the exhibit “Kiki Smith: Her Home”, exhibition that will be until the middle of November, previously exhibited in the Museum Haus Esters of Krefeld to continue travelling in the Joan Miro Foundation, in Barcelona, from February to May of the 2009.

The work of Kiki Smith (Nuremberg 1954) make us think about the fragility of the matter of life, the in­ternal corruptibility of things, the mortality processes of the body. It resorts to the myth, possi­­bly, to accounts for a feminine universe in procedure.

Along 25 years of artistic production, Kiki Smith has worked with biblical characters, from the Greek mythology and Egyptian cosmology, with popular narratives or from the literature. It is the same Magdalene or Eve, as it is Lilith, Mary, Medusa or the wife of Lot.

An army of women which shares a specific corporality, it is the knot from which the work of Smith has been interweaved. Probably investigates about the origin, maybe it is only about the inscription of the new account the problem of the femininity planted since the decade of the 60’s and 70’s. 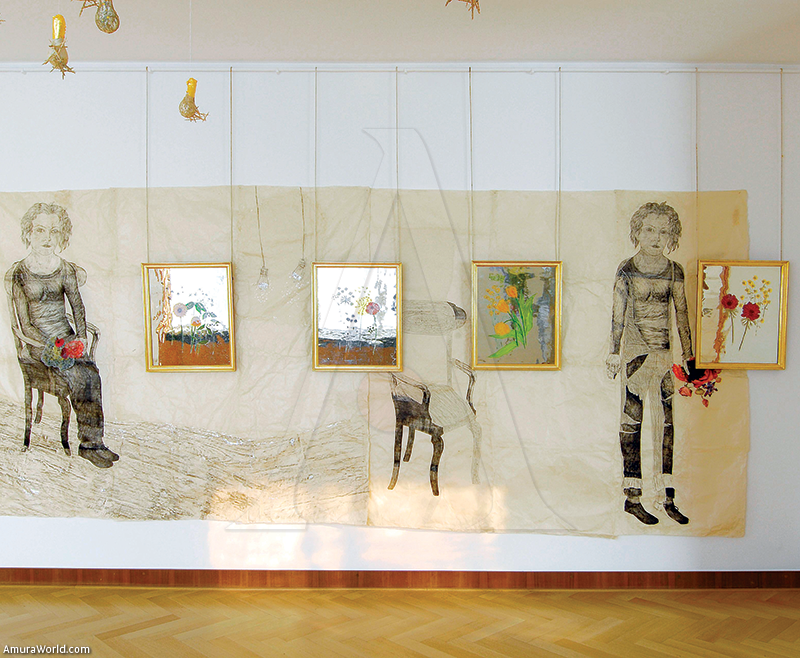 It is the same as an emptied uterus in bronze that hundreds of crystal sperms molded one by one by the hands of the artist. There is a question about the origin and the myth is not enough, not even the anatomy, nor the personal history to respond to it. It is not enough with the strong la matter of the bronze, or with the soft matter of the wax. Regarding to the origin, Kiki Smith does not search for an answer but to amass the materiality of the problem over and over again, in different solutions.

It has been said sometime: “You choose the los materials the same way in which you would choose the words”. This is how each material has its own meditative tone but, above all, its own emotional temperature. Fabric, wool, hair, wax, paper, plaster, bronze, crystal, thread, terra-cotta, latex, aluminum… The inventory of materials generates several rapprochements to the problem of the corporality raised in her work.

During an interview realized in the nineties she declared: “I think I chose the body as the theme, not in a conscious way, but because it is the only way that everybody shares, it is something about anybody has its own and authentic experience.”

Recently we had the opportunity to see in Mexico a retrospective of great importance of Smith’s work: “Kiki Smith: A Gathering, 1980-2006”, organized by the Walker Art Center of Minneapolis was exhibited in the Found­ation/Collection Jumex as the last point of a long tour which visited near than five North American cities. 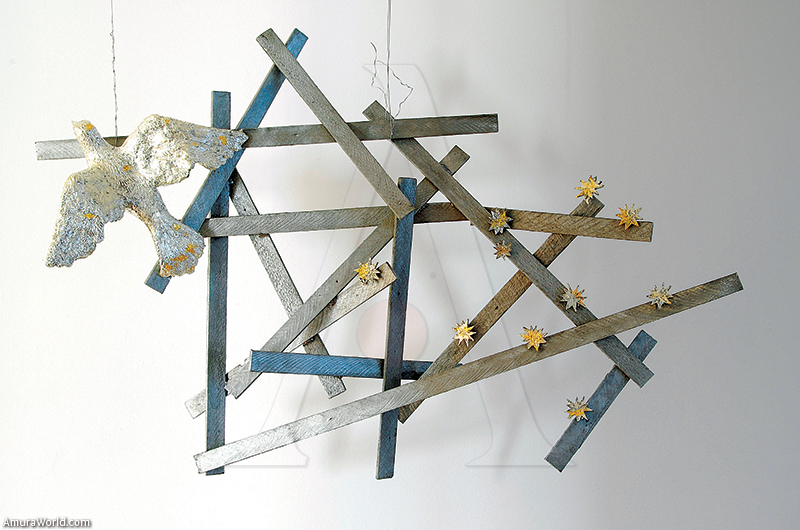 The work we saw in Mexico marked the reference point of the end of a phase. In her early and mature work, Kiki Smith used the body as a ­puz­zle which is armed by processes, of organs-parts as well as of totalities, organisms and functions. The impression of the body was and keeps being emblematic in Smith’s work.

The body is boarded from a poetical slightly feminine. Ignoble postures related with the eschatological, with the body waved, bended, beaten, and too human, in which we shamefully recognize each other, and it is a characteristic of the work of the German artist.

With its natural size figures, wandering in the room as if they were other spectators just like us, Smith manages to generate an ethical feeling respect to the body as depositary of morbid and weak ailments. The body is Other that is there to face us up. Not only in the category of radical alteration that shakes the socialization laws to publicly expose it’s most private wastes. The Other as an infectious poetic which represents a social danger, the Other abject, estranged from God’s hand. 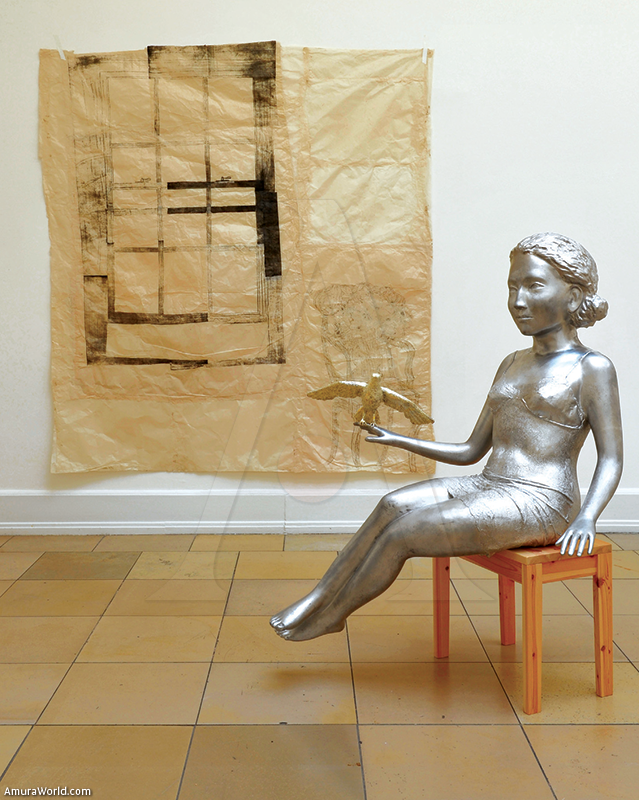 The glance of Smith sometimes stops in the skin, membrane that covers our individuality and warns that it is a porous matter. It is that which delimitated the inside with the outside works rather as a sieve of secretions and moods. When it bets on the skin, Kiki Smith finds in the paper the fragile matter that translates the tegumentary organ. The results are body shells drained of substance as if a mollusk just left them. What remains is precisely the Other that we talked about, the other of life which is death.

In this exhibition, that presents exclusively new work, the artist makes a turn in her production and concentrates her attention in the women’s vital cycle. Life and death are examined not as residual processes but as narratives in progress.

The historic perspectives of the feminine lifestyles in which the artist proposes as a prototype the creative woman; is the woman producer of senses, of meanings.

Kiki Smith has become indulgent at the time she matures her work, the correspondence with life and death, is given now by the creative processes and not by the corporals. In her work persists the body, but more as a symbolic sign, as a domestic container than as a real disturbing, overflowed, exposed presence. 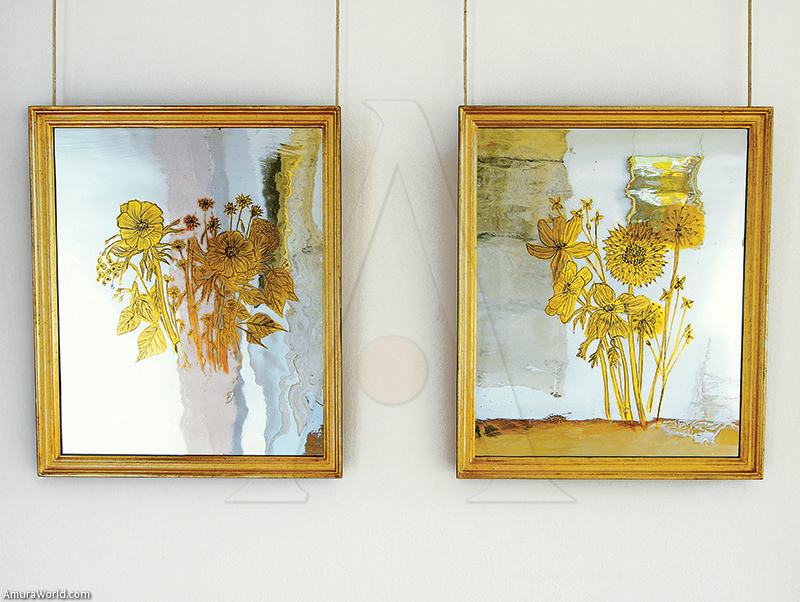