Cinema: much more than entertainment

In any geographical point, the movies usually are the first window through which one gets to know the world. Who didn’t spend countless evenings between gunshots, explosions and chases, going through the streets of San Francisco, Los Angeles or New York?, Who was not amazed with the temples, mountains or streets of mystical Asian cities?

Definitively the cinema is much more than entertainment, much more than art; each new movie reveals to us a new destination; thus, we all have built an ambitious travel itinerary that has taken us much further than any man has managed in the history of mankind and one place that we cannot do without is Rome. This city loaded with history and romanticism is so photogenic that it would seem to have been built with cinema in mind. Rome, the city that Federico Fellini used to call as “the living movie set”. The cradle of many of the most impressive artists, philosophers, musicians, architects, and even politicians of history.

Walking through its streets one can breathe the history of a people that has lived, suffered and created many of the advances in law, politics and philosophy that conformed the world we know today. But what made Rome throughout history one of the most sought-after locations by the world film industry? 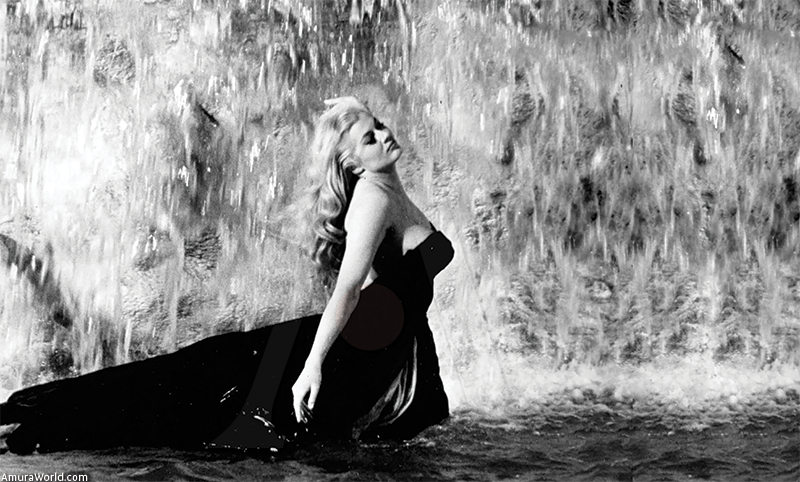 Going on a walk through the most representative settings of the city, this becomes self-evident. Let us take as the first example la Scalinata della Trinità dei Monti that leads the visitor up to the main entrance of the church of Trinità dei Monti. It made appearance for the first time on the big screen in Roman Holiday, that would turn Audrey Hepburn into a big star; many sears later it would serve as a setting in To Rome with love, an exquisite comedy from Woody Allen and in The talented Mr. Ripley, just to mention a few.

Beyond its evident beauty, the history of la Escalinata is almost as complex as the one of Spartacus (in the Stanley Kubrick version). In the first place, Americans refer to it as The Spanish steps, since it was built to celebrate the peace treaty between France and Spain to unite the church Trinità dei Monti, under French influence with the embassy of Spain. The project took from its inception until its construction almost 200 years, and on it were involved two Popes (Gregorius XIII and Clement XI), French diplomats and even, the Mazarin Cardinal, Italian by birth, educated in Roma and successor to the Cardinal Richelieu. This means, that to build 135 stair steps it was necessary the involvement of the Vatican and the Spanish and French courts.

Even from this, its history hints to be sufficiently complex as to become a movie script of Bernardo Bertolucci (other director that used the staircase as a location in his movie Besieged of 1998); for example regarding the plot, one of them could be the tale of the conflict raging between France and Spain; or well, could be the biography of the Mazarin Cardinal, author of, among other things, the Breviary of the Politicians, considered a manual for the needed behavior to attain the power in those times; or if we want a plot much in the style of Christopher Nolan (Interstellar, Inception, Memento, Insomnia and the last trilogy of Batman the Dark Knight) we could look for the connections between each and every one of the characters involved in the project and construction. We could also tell the story of the British poet John Keats who spent his last days in the building that hosts today the Keats-Shelley museum, located at the feet of the flight of stairs. 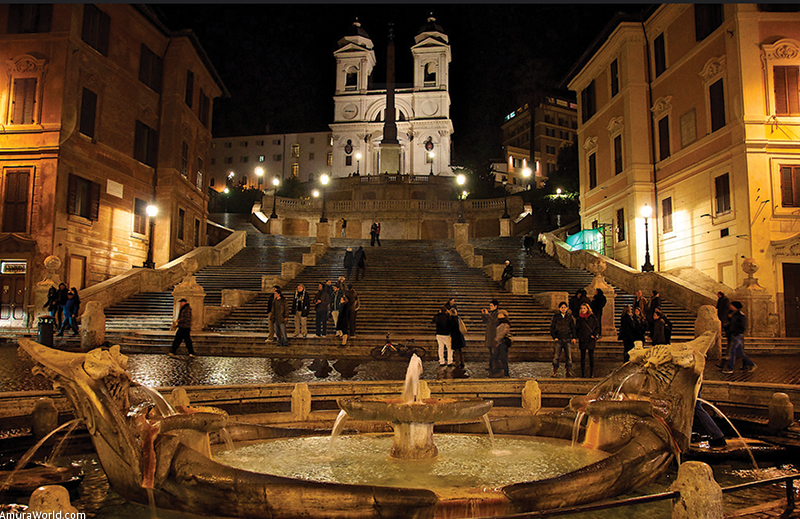 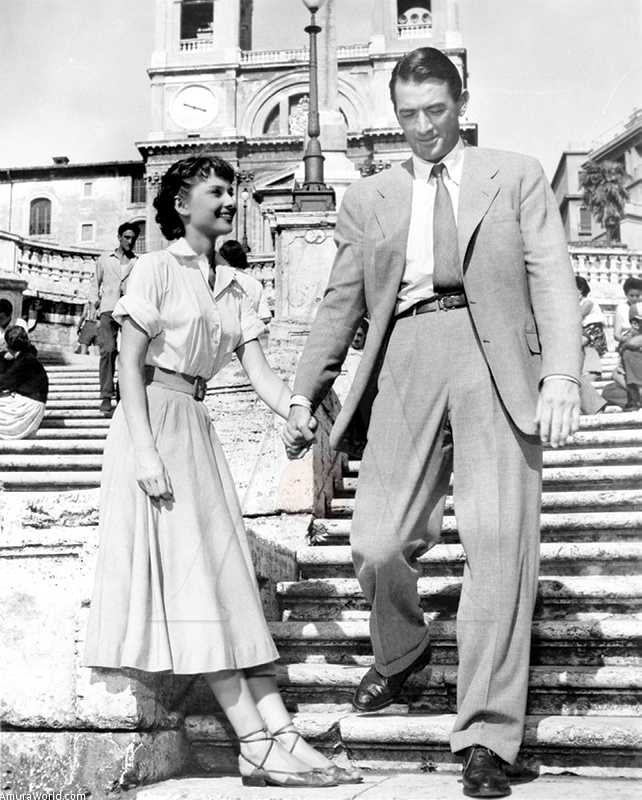 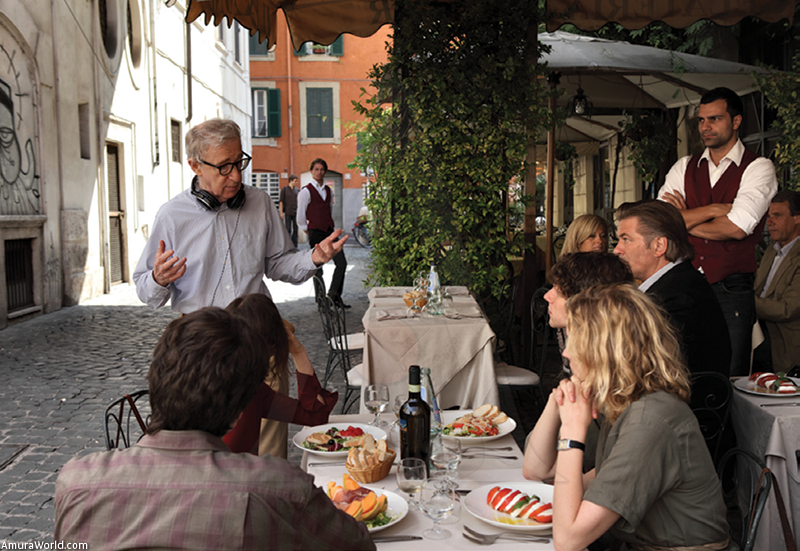 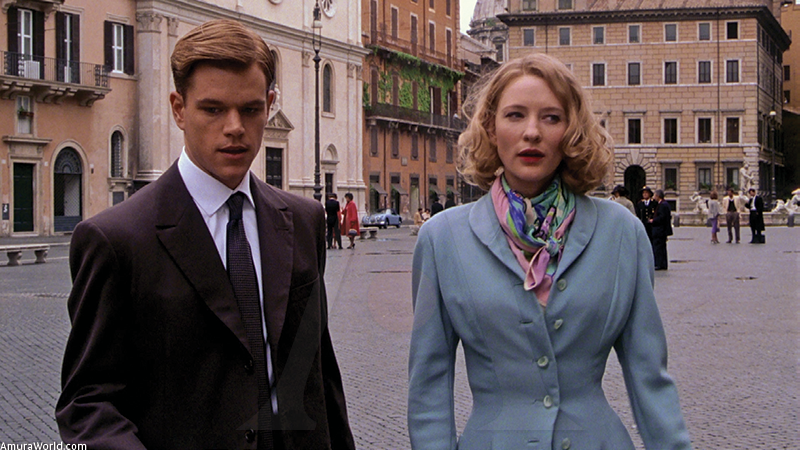 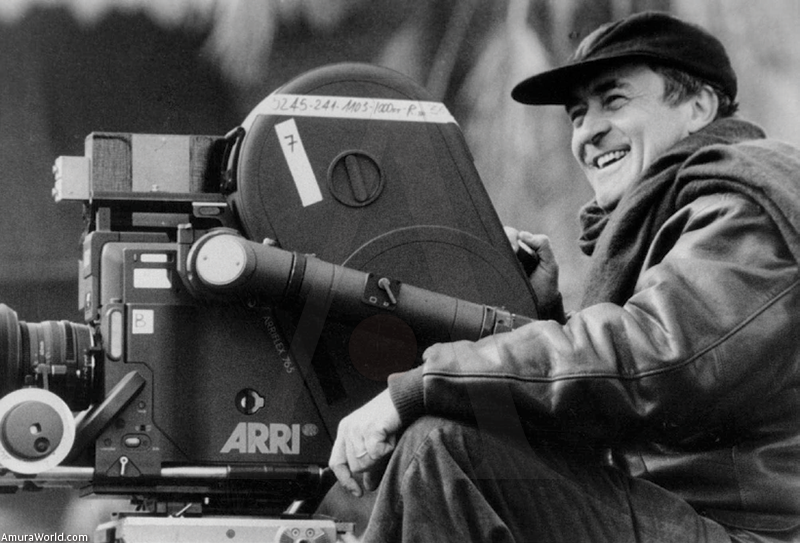 Another location that has served as origin for hundreds of stories and legends is la Fontana di Trevi and its younger sister, the Fountain of Lovers. The original story for the later could be the beginning of a chick flick with epic hues or a political thriller. The story begins on a winter night in which a centurion readies its journey to remote lands, his young wife, afraid for the life of her beloved one and for the future of their marriage, takes him to the Fountain of Lovers, drinks from the fountain and offers him a cup to drink it to make sure that they will remain in love and regardless of the hardships faced by her husband, he will always will be faithful and will return to her side.

A few steps away from there, a group of legionaries drinks the water from the Fountain of Trevi with the hope of guaranteeing their return, safe and sound to Rome. 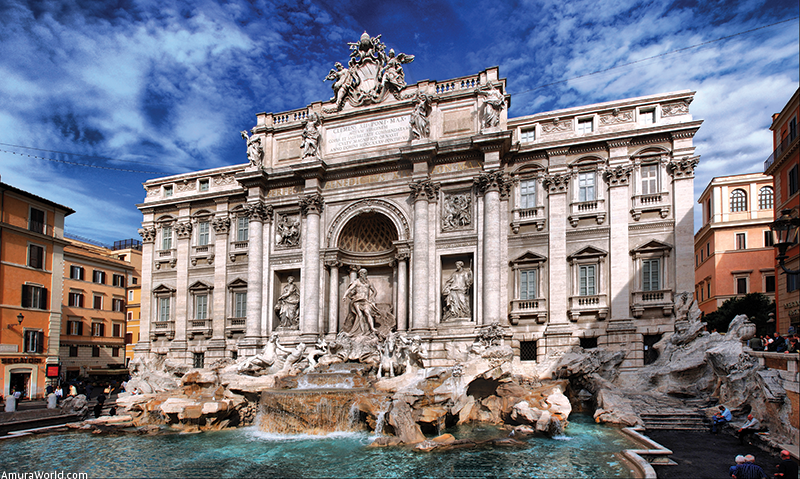 After this, a transition a lot in fashion of Gladiator of Ridley Scott, takes us back in time to the moment that a group of soldiers on its search for water to feed the ultramodern hydraulic network of Rome, finds on its way a virgin that guides them down to a spring located on the outskirts of Rome (from there the name Acqua Vergine). It is then that we introduce ourselves into the Roman court, where with a narrative proper of Federico Fellini –that by the way executed one of the most memorable sequences in the history of cinema precisely in la Fontana di Trevi in his movie La dolce vita– we will know the uses and customs of the political and religious class of the period. And is right here that is ordered the construction of an aqueduct of more than 22 km that leads into the joint of the Three Pathways or Tre Vie, framed by the fountain. From here on, the script explores everything that had to happen in order for the act of throwing coins into the fountain to become an actual custom.

Another interesting movie could be the same construction of the fountain, since to elect an architect that would handle this project, the Pope Clemente XII organized a contest where the original winner was Alessandro Galilei, a Florentine. This created several heated debates, because “it was not possible that one of the most important landmarks of Rome would be built by an architect that wasn’t born in the city”, thusly they ended up assigning the project to the Roman architect Nicola Salvi, who died before finishing the construction, a process that lasted 30 years. 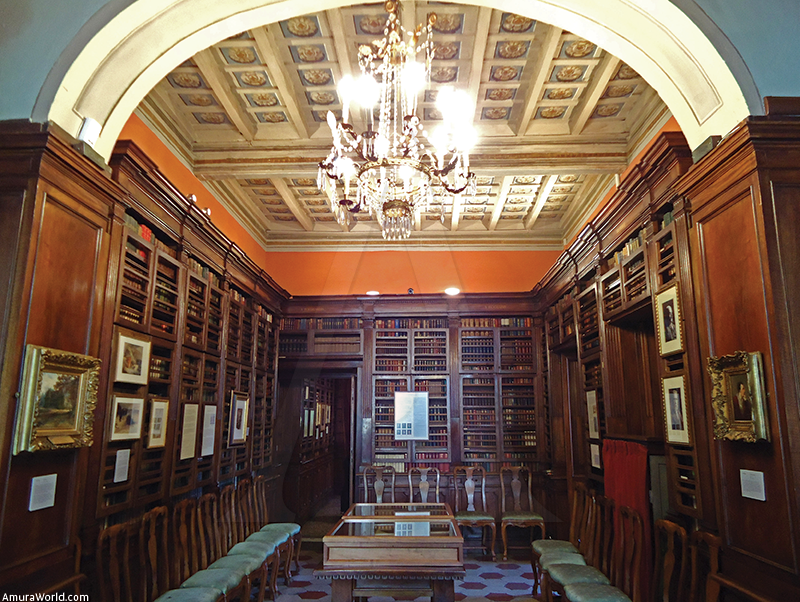 The curious thing of the matte is that Clement XII, the organizer of the contest, was also Florentine. So, among the court intrigues, the drama of the death in campaign of the centurion and the sadness of the young wife for the irreparable loss, the script could show us a faithful portray of the Roman court, their customs and habits and the way the decisions were taken that created the most famous empire in history.

In this manner Rome can work in both ways, all these complex and interesting legends make of the history of this city a living movie and at the same time the metropolis find its way to be the place where the most important film makers in history have sought for locations once and again.

The cinema in Rome, also, has been taken much further, currently the city is the stage for the Festival Internazionale del Film di Roma, that at just nine years from its creation, it has become in one of the most important in the world. This way, during a month each year, also serve as one of the most beautiful and enigmatic headquarters of the world cinema. 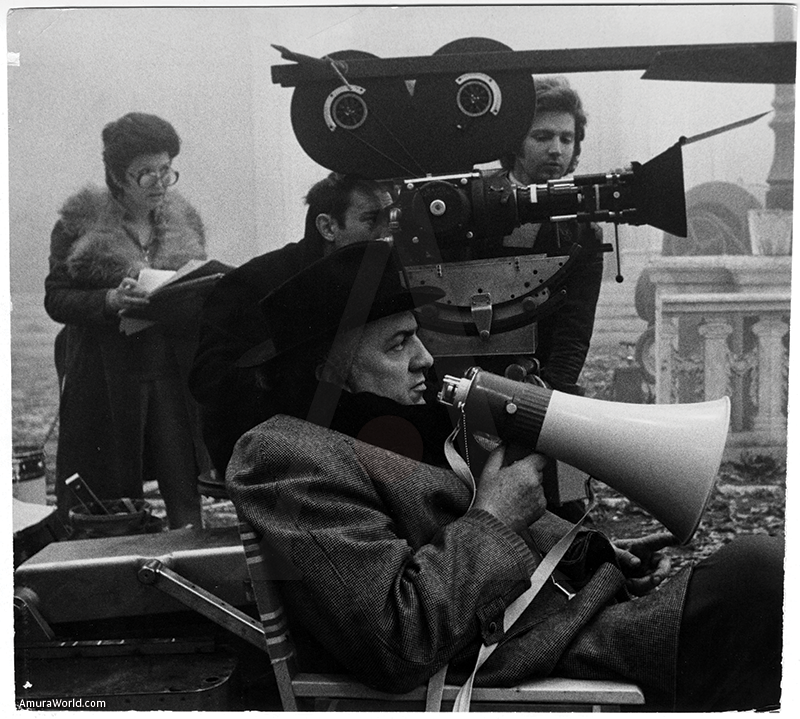 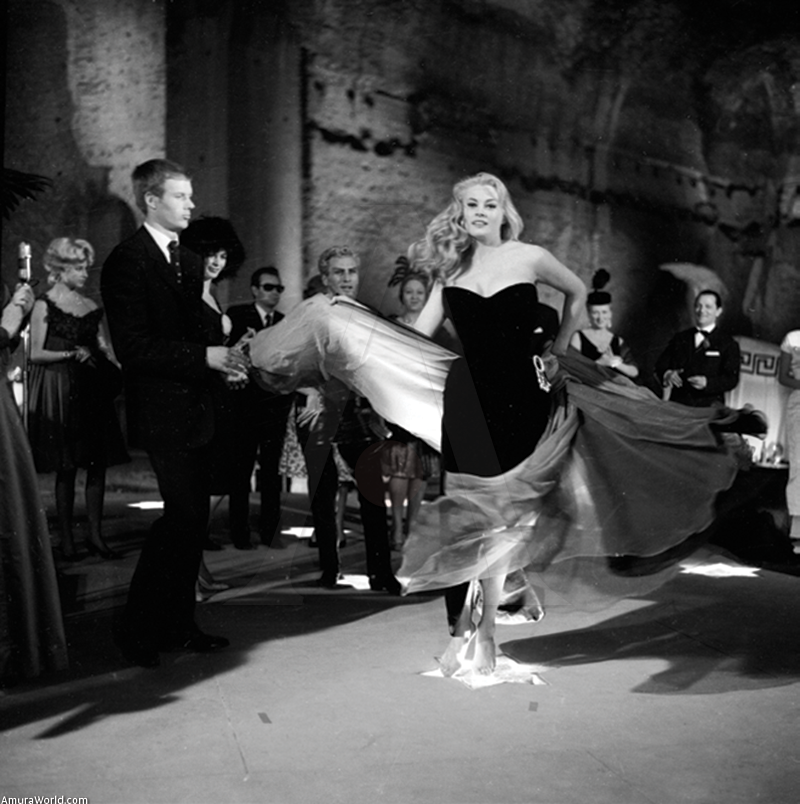 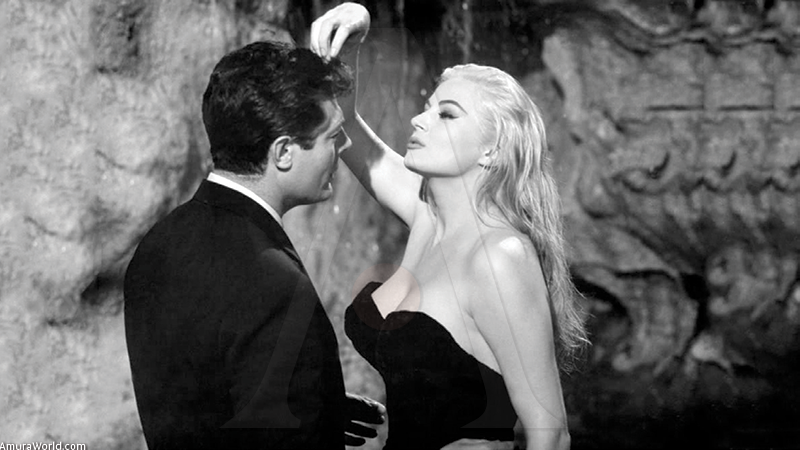