The engineering capability existent today to move water, from one place to another, is a Roman heritage by excellence. Aqueducts, public baths, private thermae, fountains and artificial lakes; as were also the diverse channelings and containers of water, are the most notable structures of the Ancient Rome that still persist up to our days.

Even when in ancient Mesopotamia and Greece there were channeling systems to provide the fluid to the urban conglomerates, the Romans where who empowered its means of distribution, providing them with a level of sophistication that did not exist until then. 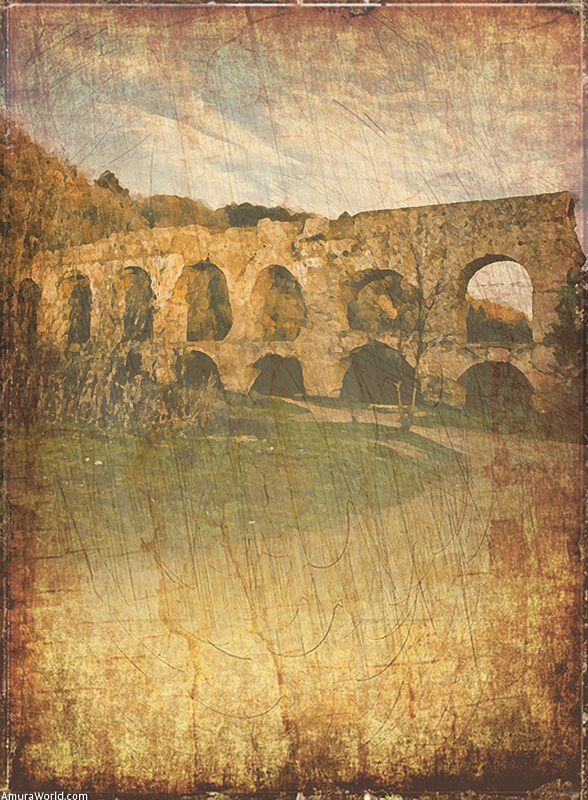 In the book Roman Aqueducts & Water Supply, Sextus Julius Frontinus (c 35 -103 AD), administrator of the water supply of Rome, states: “To the benefits so great in number and so necessary of so many aqueducts, may there be comparison with the Great Pyramids that are obviously useless, or to the great works of the Greeks, useless but so celebrated everywhere”.

It is fit to say that the Romans had a different way to have water and this was done through the catchment of the same in the impluvium, mirrors or pools of water made of stone or marble, generally placed in the zone of the atrium of a house, which also served as a decorative element. In that place, the water rested until impurities precipitated to the bottom; in a way the impluvium is the precedent of modern tanks and cisterns.

Aqueducts, greatness of the city

Towards the mid V century, the imperial capital counted with 11 aqueducts that provided the needed water for the consumption by its seven districts, with about 1,212 fountains, 937 public baths and 11 imperial thermae; that had a daily use of some 160 million of liters. Some of these constructions had derivations to make water available in the homes of highly ranked persons. It should be mentioned that before channeling, the liquid arrived to a piscina limaria, where it was poured to try to provide it as pure as possible.

The raise of these structures demanded a careful study of the terrain, besides of knowledge about hydraulic pressure, as the objective was to take the liquid from a spring to its final destination, by use of the law of gravity, thusly generating sustained slopes. On the top portion of these works, structured with an arcade system, there were open channels or riui. Also, at some points, it had underground channels that were craved directly into the rock. In the city, it is known that there were 430 km of channels for water conduction.

The importance of Rome was proportional to the volume of water entering in her, therefore when Vitiges, king of the Ostrogoths, orders to cut the water supply from the aqueducts, in the year 537, the city falls under the siege of the barbarians. 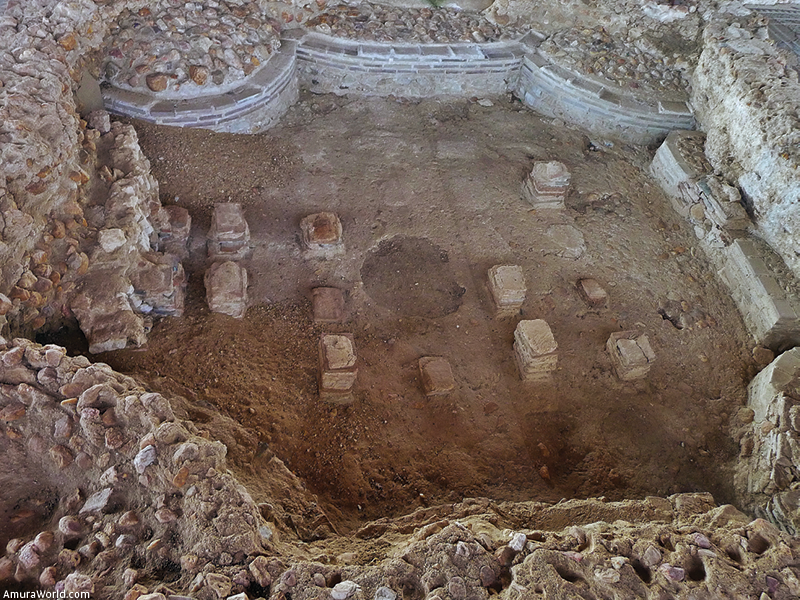 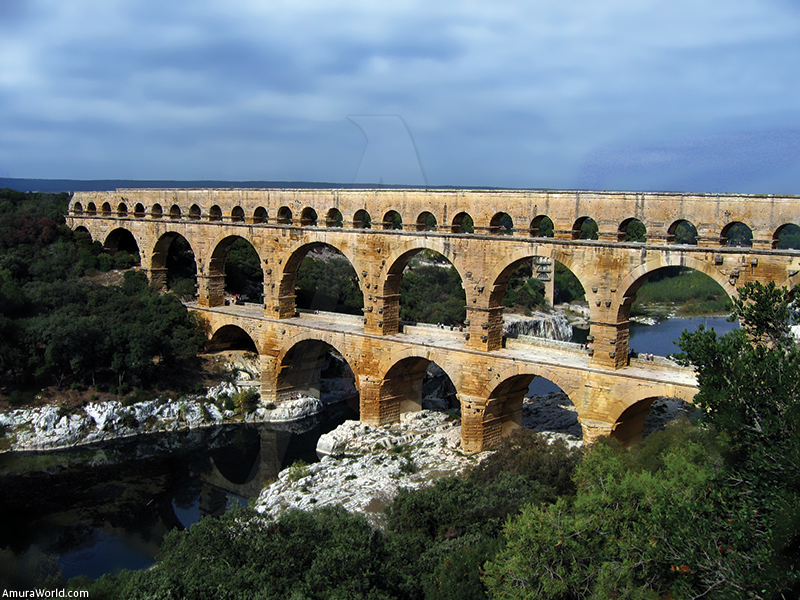 The first aqueduct that Rome had was the Aqua Appia, built in 312 BC, mostly subterranean, except for the section of la Porta Capena, (of more than 16 km) and that took water from the springs that were between the miles VIII and IX of the Via Praenestina. This aqueduct entered the city by the place called ad Spem Veterem, where La Porta Maggiore raises today.

By 272 BC. by initiative of Manius Curius Dentatus, who despite being of commoner origin

attained the rank of Roman Consul, Anio Vetus was erected, an aqueduct even longer than the previous one; it started on the Aniene river, it entered by Spes Vetus, went across Esquiline by means of an underground channel and ended nearby what is currently the train station Termini. One of the most important was the Aqua Marcia, the longest one of ancient Rome, built in 144 BC and it used to take water from the high part of the basin of the Aniene river, to reach what is now known as the most important train station in the city. Through time some adaptations where made; one of the records indicates that in times of the Emperor Marcus Aurelius Antoninus Basiano, Caracalla (186 - 217), he ordered the creation of a secondary channel to cover the needs of some thermae that were under construction.

On the other hand, the Anio Novus brought water from the Subiaco river,located at 68 km from Rome, while the Aqua Claudia, that was built at the same time as the previous one, took water to the Domus aurea. Both were started by Caligula, however the later one, concluded by Claudius, is regarded as the greatest accomplishment of them all. The arcs are visible nearby the arc di Dolabella e Silano.

The Aqua Alexandriana chronologically is the last one of the Roman aqueducts. The Emperor Alexander Severus ordered its construction, that reached the city towards the year 226; the water came from the town of Colonna, in Pantano Borghese, and reached Rome atop the typical arcades coated in bricks, that follow the Vias Praenestina y Labicana and die off in la Porta Maggiore. Among others, it provided the Alexandrine Thermae. 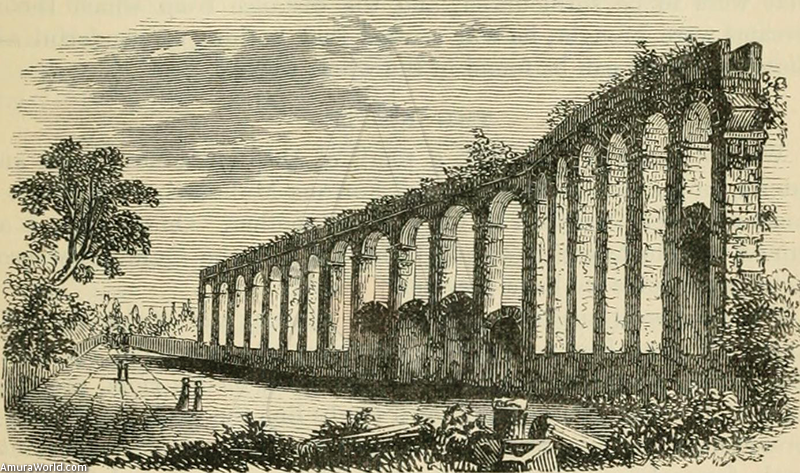 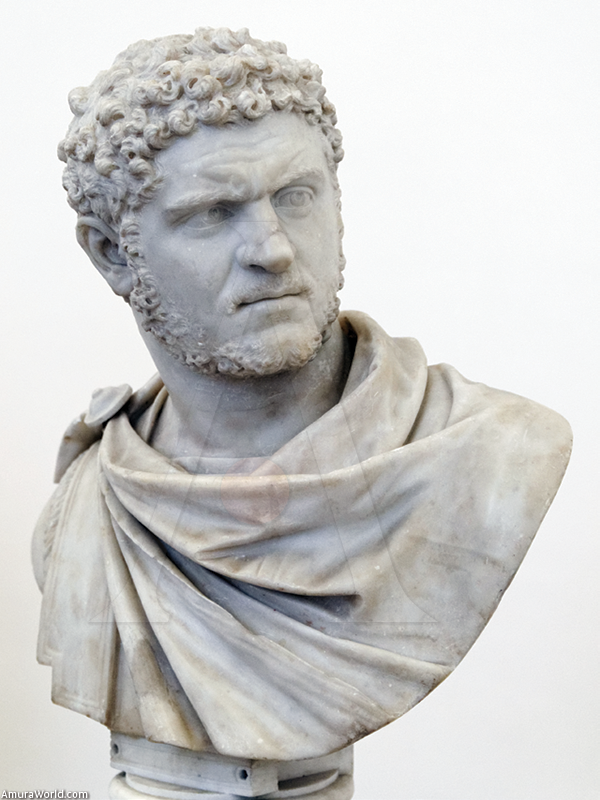 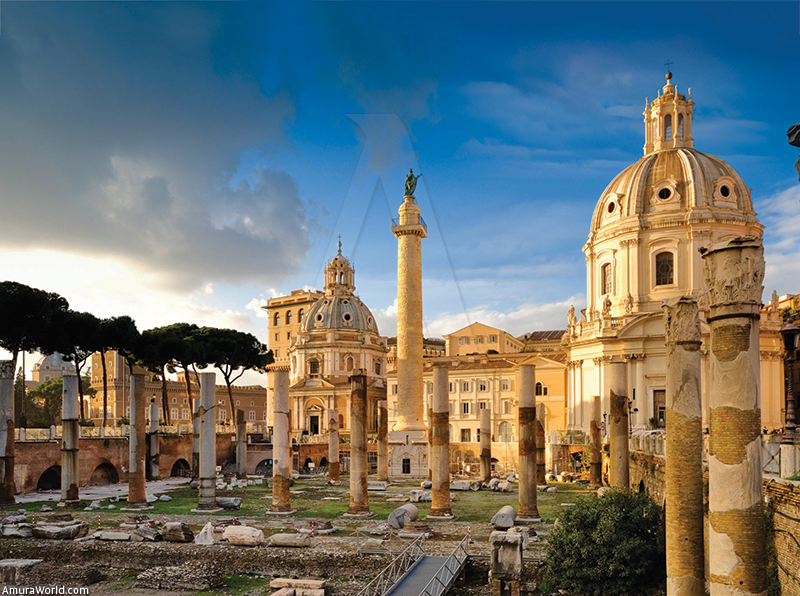 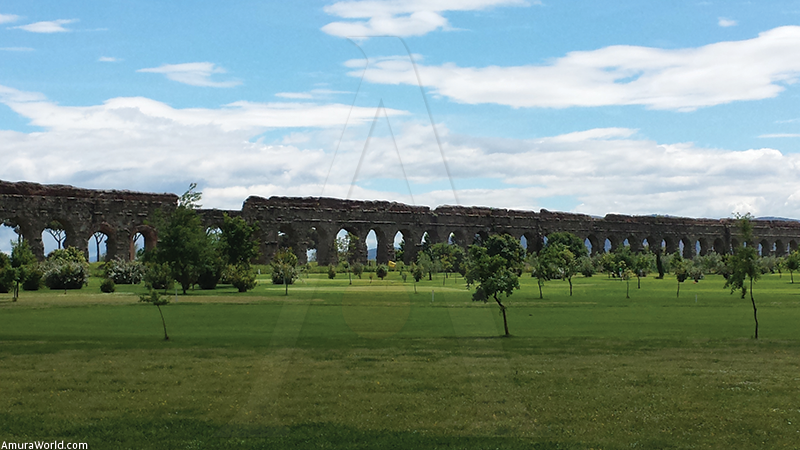 A part of the water that reached Rome by the aqueducts, was directed to the thermae and public baths of the Roman citizens. To take a bath and mingle with other people in the thermae became popular from the I century BC, when the engineer Caius Sergius Orata, found a system, the hipocaustum, that allowed to heat and distribute the hot air through the complex; this means, created what could be called a swimming pool with heating. In general, the system comprised a timber oven attached outside the building. The hot air that was produced would be channeled through an underground pipeline. The floor of the thermae had vents where the air would get circulated.

With the passing of the centuries the democratic nature of the thremae was lost, as spaces for dialog and pleasure through water; however, some baths still exist today that answer to the democratic expression of ancient Rome. 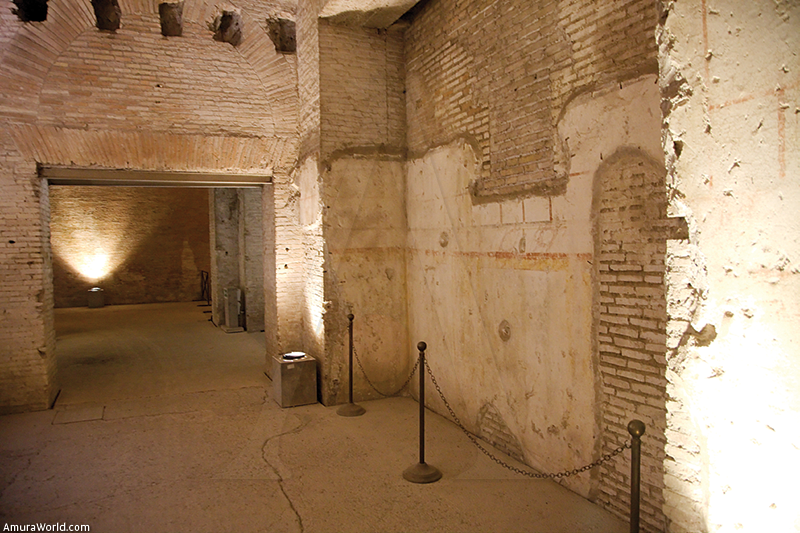 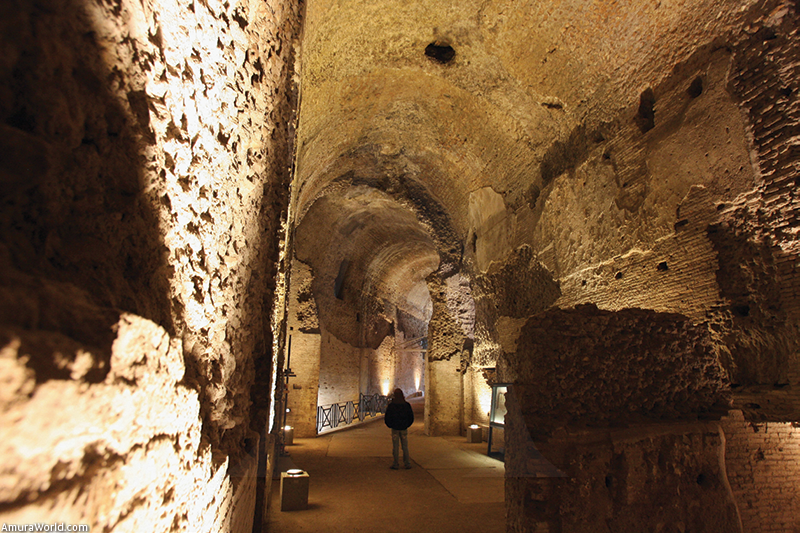 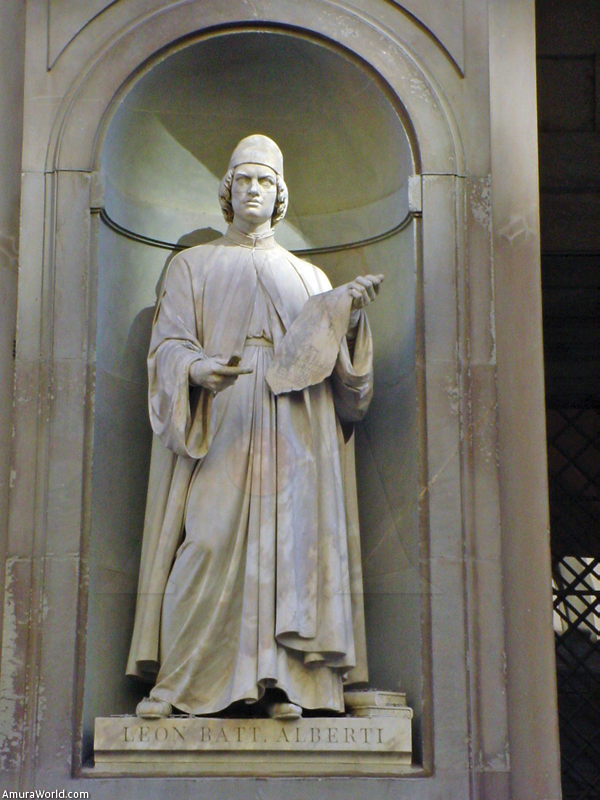 The Romans have shown an unconditional esteem for the public fountains, due to this there exist in the capital, from different periods, dozens of these fountains, that go from simple drinking troughs up to monumental pieces of the universal art in which, also, it is possible to have drinking water.

It is known that in the Imperial Rome there were more than 240 water deposits and fountains made with stone, clay, mortar and even wood.

Finally, another important form of catchments by channeling of water that flourished in ancient Rome was the creation of artificial lakes. An impressive example was the one that existed in the Domus Aurea of Nero; but also was the one that got generated every so often inside the Colosseum to celebrate the spectacle of the Naumachia, that were naval battles where hundreds of persons portrayed some naval war event worthy of being remembered. Sub-aquatic archaeologists have found under the Colosseum, remains of the channels that allowed that the center of the wide stage to be filled up with water.

“Water is essential for life, to satisfy pleasure needs and for everyday use”, Vitruvius, engineer for Octavius Augustus, wrote in his book VIII De Architectura.

The empire kept growing and as the work Roman Aqueducts & Water Supply says, “anywhere the Romans went, their aqueducts went with them”. Proof of that can still be witnessed in Asia Minor, France, Spain and North of Africa. 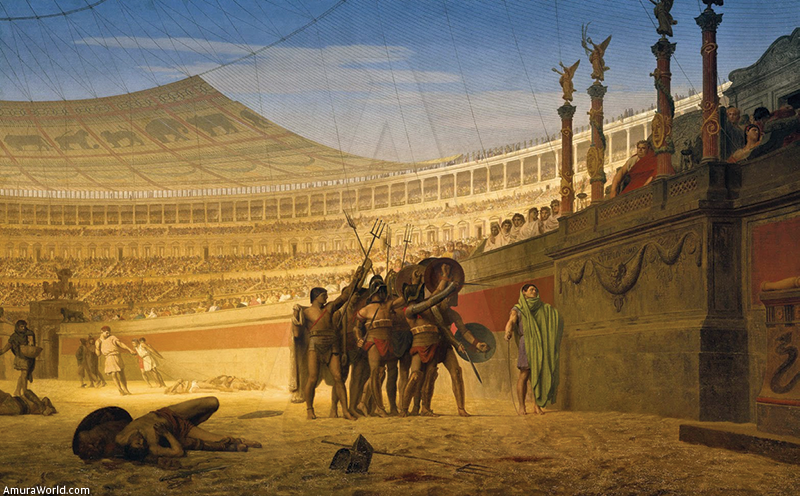 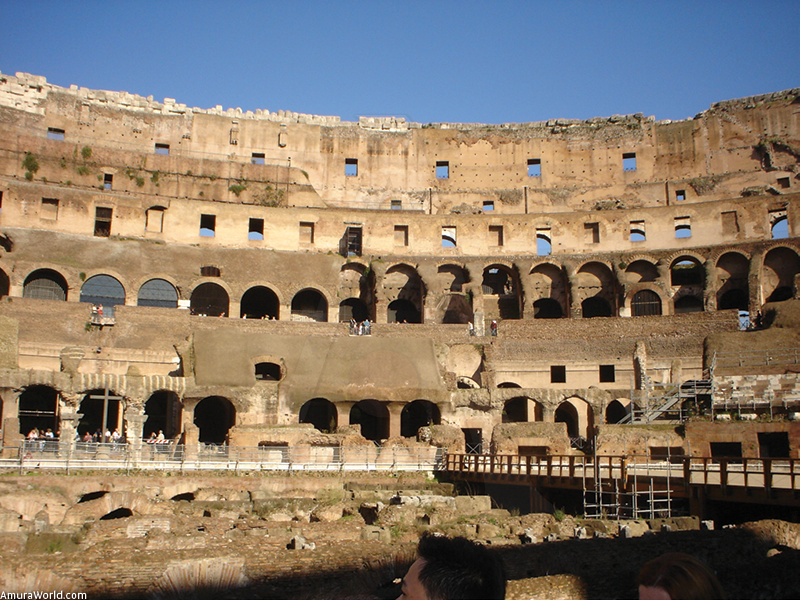 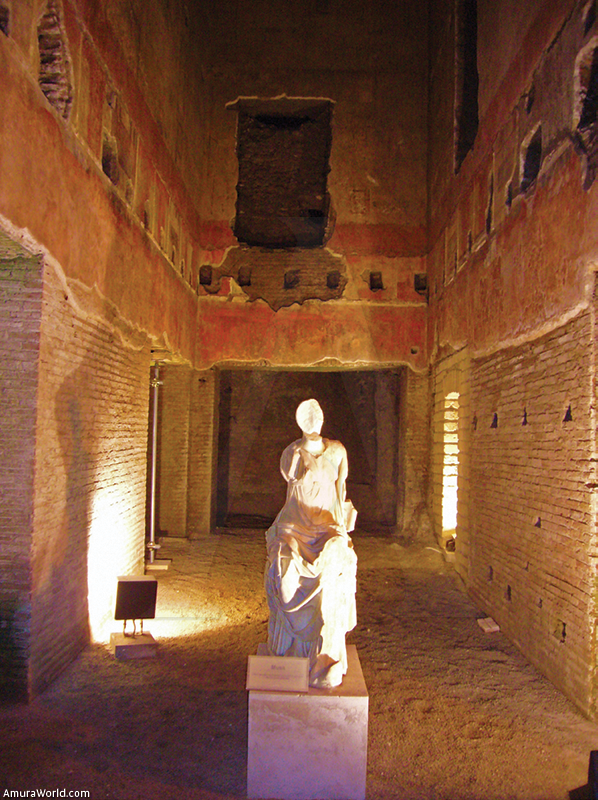 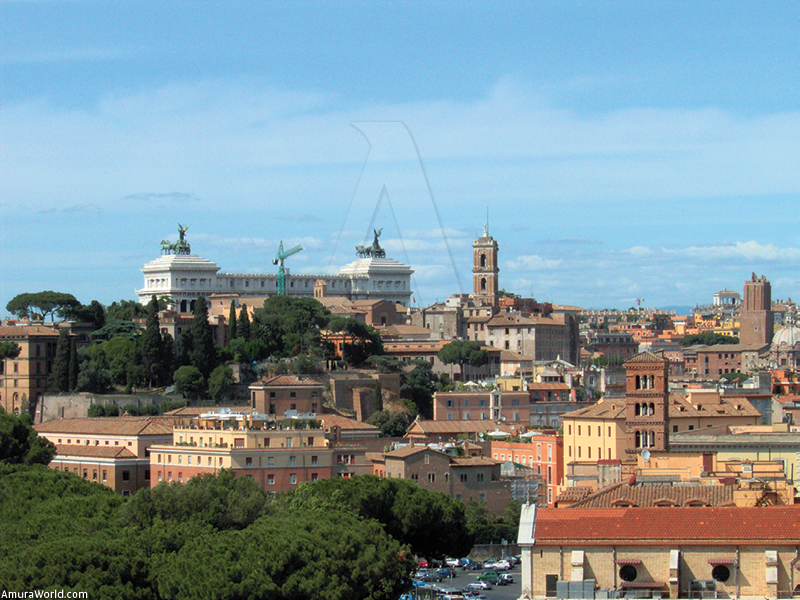