Impressionism, currently impressionist paintings and painters are the most expensive, the highest selling and the most in demand by avid collectors, but it was not always like that. Nowadays, these pleasant and illuminating works decorate the houses of the great millionaires of the four continents, but in their time they were the rock of scandal; the public were appalled by the apparently unfinished canvases, the critics completely failed to understand their supposedly incomprehensible stains of color without perspective or any defined drawings. Years went by before they became classics; obligatory pieces for all museums and modem collections, precisely because Impressionism is in some way the inauguration of modern art, the exit from academic classicism, from an art that from the Renaissance had been made obliging, but far removed from the people. 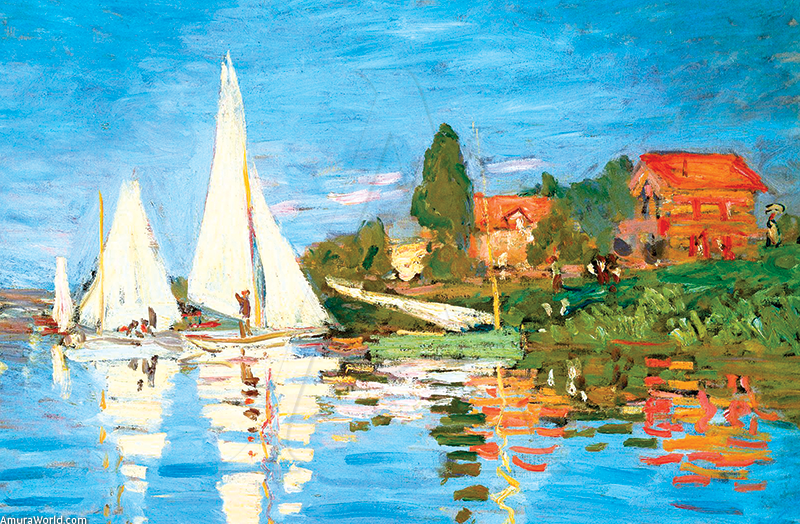 It was the first floodgate that opened and that was followed by the successive avant-garde oils through to the complete overspill of art with regard to depth and width throughout the 20th century.

If we unite the Impressionist concept to the sea. so expensive for the readers of our magazine, refined works of great beauty, works that give a 360G turn to art and its history of more than 500 continuous years. Impressionism is about paintings and an art is that came out of workshops to show nature, not as it is, but how we see it. how we perceive it and how we feel it. All good sailors know that the cover of the sea is not always the same; that its texture and appearance varies at different times of the day. with each slight change in the weather; they know that the atmosphere, the light and the atmosphere are never the same. The Impressionists wanted to show this and they achieved it.

Of course, Impressionism has its ancestors and not only with regard to landscape cultivated broadly as a genre from the 17th-century, especially in the Low Countries, but also as an expressive experiment that went beyond realism. The English William Tumer (1775-1851) recovers the Dutch tradition of marine scenes from the previous century, offering atmospheric art charged with romanticism. One of his contemporaries, the extraordinary lohn Constable (1776-1837) had already noted landscape as a theme: No two days were two hours seemed alike. From creation, there had never been two leaves that were identical. 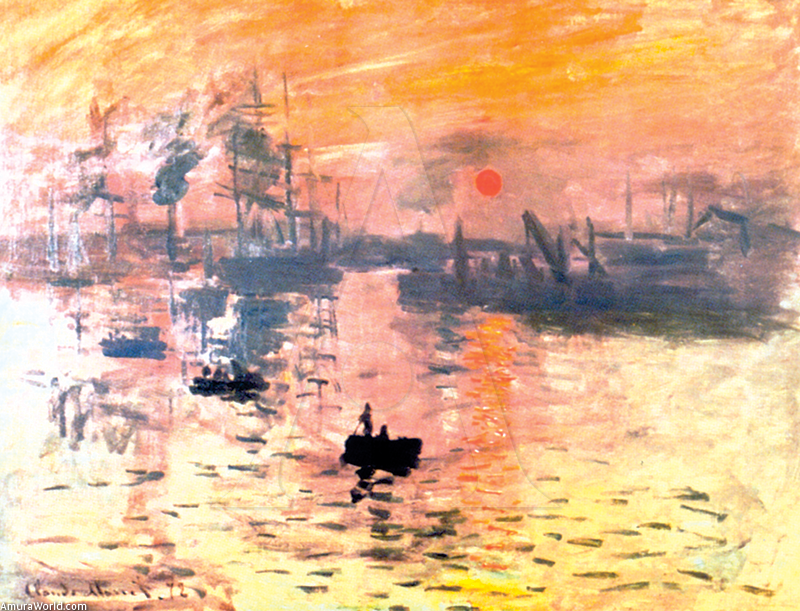 Eugène Boudin (1824-1898) would introduce Claude Monet to the theme of landscape that then, in the second half of the 19th century, did not look at all good. Country scenes without fairies or mythological creatures were not popular. a landscape that was not idealized look like a copy of reality without any value. But the earth- quake of unforeseeable circumstances was about to shake the capital of the art world. Paris, where from 1673, exhibitions were held in the halls of the Louvre, which was controlled by the Academy of Fine Arts. In the 1863 exhibition, almost 200 years later, the desire for change emerged in painting: more than 3.000 artists were expelled from the selection, which caused a tremendous scandal followed by protests. Finally, four years later. Emperor Napoleon III organized the Salon des Refusés, in which the new trends of the younger artists found access to the public. The jury of the official hall argued that: This is a new band of artists that follows a new and revolutionary art. Some of them possess undeniable talent. If we concede official approval to the group (...) that would mean the loss of art in capital letters and tradition.

In 1868, the initiative became even free on becoming the Independents’ Room that declaring to be far removed from the accommodating view of the artistic academic artists. On this occasion, the scandal came from the hands of Edouard Manet and his Luncheon on the Grass, which is a link between classicism and Impressionism. The mixture of nature, the nude and the two male characters dressed as was the custom generated disconcertment and the twitching of the public while the experts saw it as a provocation. The same thing happened with his Olympia in 1865. which was described as obscene. 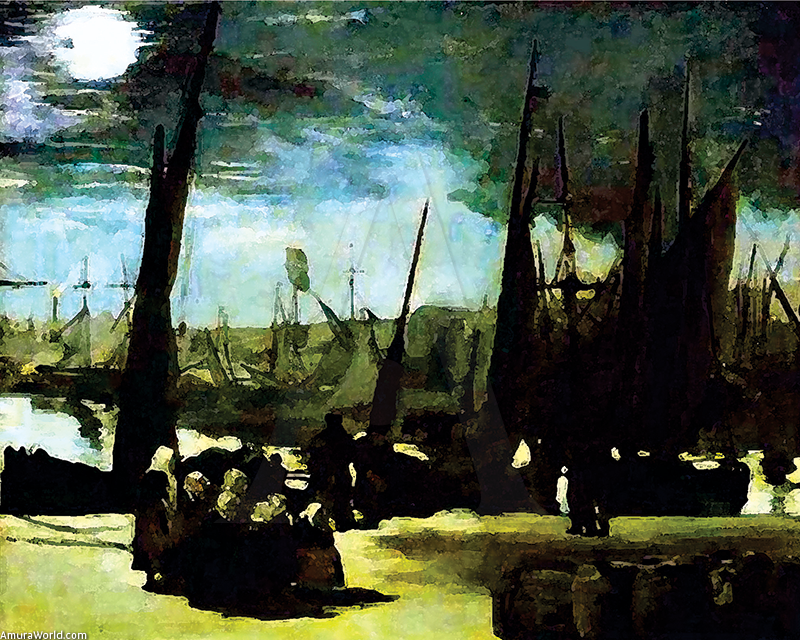 The great classic event will that be considered as the first completely Impressionist exhibition, held in 1874. organized by the art dealer Durand Ruel at the old studio of the famous photographer Nadar in the Boulevard des Capulines in Paris. It will bring together the most experienced creators of this incipient new art form: Edouard Manet (1832-1883), Claude Monet (1840-1926). Pierre Auguste Renoir (1841-1919), Edgar Degas (1834- 1917). Camille Pisano (1830-1903), Paul Signac (1863-1935) Alfred Sisley (1839-1899) and many others showed their revealing works, open to the world, to a world where modernity was just around the comer. The experts were divided, a few praised, others laughed, others said that the paintings were unfinished and others said that the paint had been shot of the canvas with pistols. One critic. Louis Leroy, taking the name of the painting presented by Claude Monet. Impression: sunrise, called them all “Impressionists”, and so they were included in a very heterogenic group but with many things in common. For them, art must have a value in itself, beyond moral, historic, mythological or literary ideas. It should be contained to itself: painting was not the way of representing reality but a way of seeing an ever-changing reality. 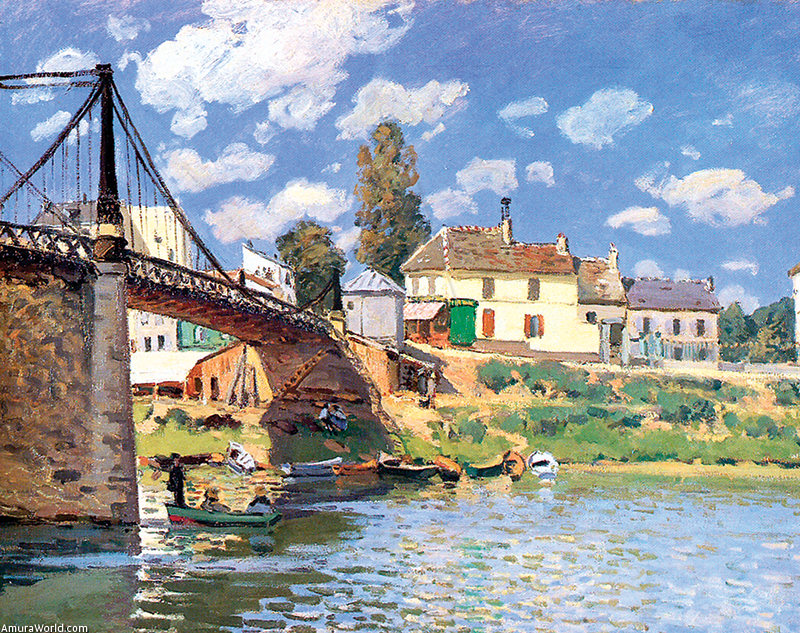 The drawing that had been the basis for all art since the Renaissance gave way to color. Instead of tradi- tional light and dark, the Impressionists used the contrast between pure colors, shadows are not black, they are more earthy or bluer depending on the light, and shapes are toned in dynamism and in the ever-changing atmosphere. The Impressionists intended to: give, with absolute sincerity and without commitments and attenu- ating factors, with a simple and broad proce- dures. the impression that they provoked aspects of reality.... wrote £mile Blemont in 1876. The Impressionists intended to create a wave of fresh air for the annihilated 19th century art a century later their works dominated the market because they are easier to understand and are happy and decorative. Also, many times the sea is the pro- tagonist as it is in this selection made for pure pleasure of contemplation, enjoy! 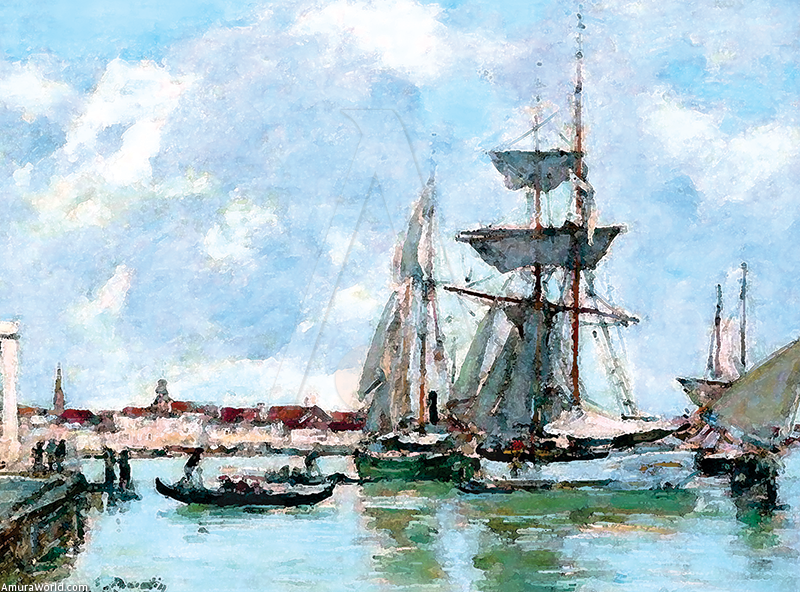 I follow a dream a dream of the impossible. Other painters paint a bridge, a house, a boat. I want to paint the atmosphere surrounding the bridge, the house and the house boat. The beauty of the atmosphere in which they are located and this is none other than impossible.