What no returns of human creation and its habitat 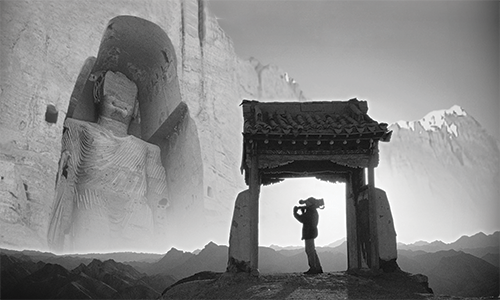 The following, is a reflection, on some events that impinge on and move us. Who make the decision of dismantling the tangible and intangible signs of the cultural and aesthetic construction?

Aberrant acts of leaving no stone of the cultural-aesthetic World Heritage Site unturned, invite us to think of building and inventing the peace that has never existed. Every localized or worldwide people’s conflagration carries the irreparable loss of human lives, it also destroys cultural, aesthetic and natural World Heritage Sites; after the violence, ruins, desolation and death. This is about the cultural and educational capital, the works of every age are learning and communication means among communities, nations, generation (Bourdieu, Capital cultural, escuela y espacio social, 1997).Colonizers wiped out the subject culture. Not all of the conquerors, Genghis Khan added cultures, made them live together in harmony. 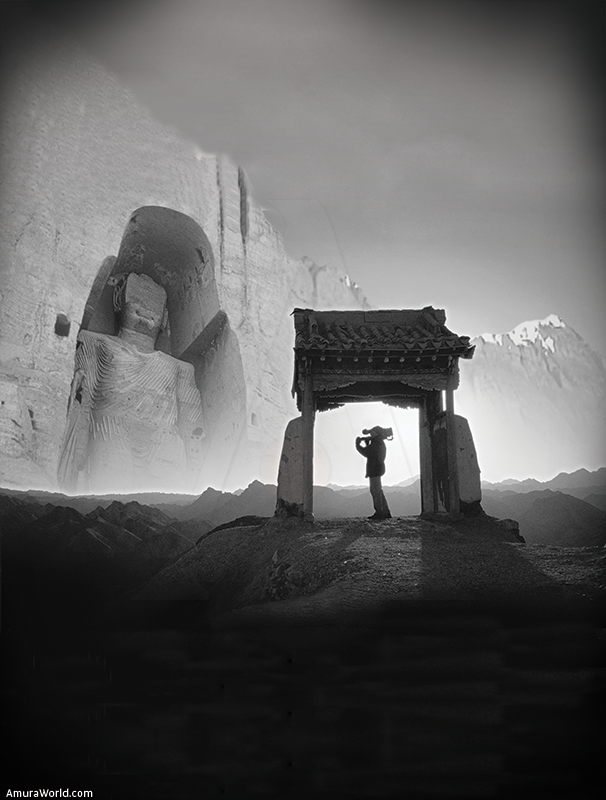 Established, following and clearing his investigation doubts, biocultural communication and exchange between the West and the East. At the beginning, his empire was a territory of living coexistence of several religions, there lived together Buddhists, Christians and Muslims. Its cultural heritage, is until now extraordinary, for the diversity and integration of a multicultural spirit.It is the story of Marco Polo, communication channel between West and East. The Chinese spaghetti, is a traditional Italian dish, of this intercultural integration we are speaking, Renaissance style, creative, constructive and humanist. In Singapore there live together Chinese from different ethnic groups, Malayan, Hindi and British. The official languages of the country are four, English, Chinese, Malay (the national language) and Tamil. It is cultural diversity, founded on understanding, the tolerance with religious consciousness not just of the oldest beliefs but the absolute freedom of creeds, that teaches other forms to live together, that now is approached by the female littérateurs, the plastic artists. 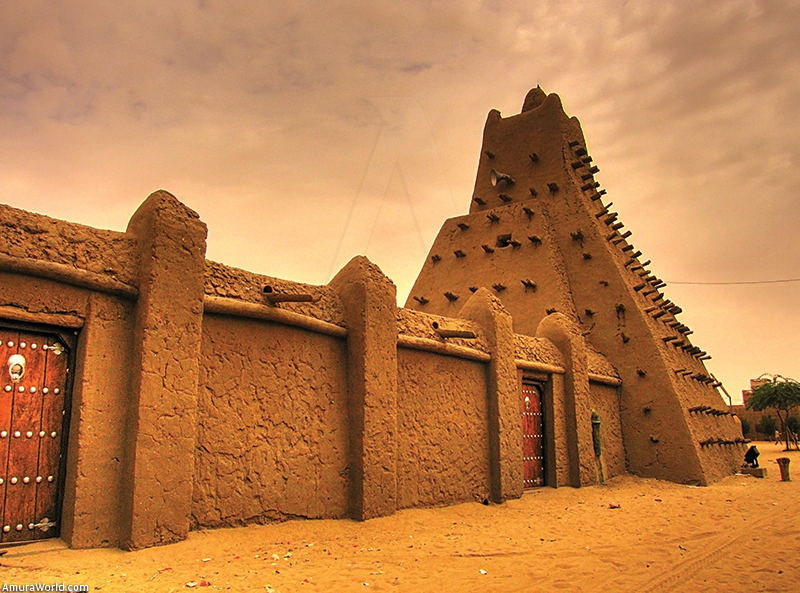 The meteorological phenomena also contribute to this loss of the sensitive. Some of them result from the development model followed. It does not consider the effects over nature and its ecosystems, deforestation, water pollution disarticulation of the rain and thaw collecting components, nourishes the hydrologic basins and the sea. The atmosphere already has an ozone layer hole. Natural disasters are not only regrettable but they risk the life on Earth, there are new ecological-human consciousness paradigms which are natural and cultural capital.

About these World Heritage Sites, as long as “we are the ones that surround us and what surrounds us” (Varela, La Habilidad Ética, 2003, pp. 25-26). The view of the cultural anthropology, changing the concept of race for the concept of culture, has deeply worked with the objective of making us more conscious of the culture plurality and the right of every culture to survive, as long as its survival does not harm the rights of the rest (Eco, La fuerza de la cultura podrá evitar el choque de civilizaciones, El País, 12 de junio de 2002).

Through the media, TV the same as radio, and social networks, we have being witnesses to the destruction of the Giant Buddha sculptures, two colossal statues carved in rock between the third and fourth centuries, in the central province of Bamiyan, 55 and 36.5 meters tall. Recently, the raid in the Mosul Museum of Civilization. 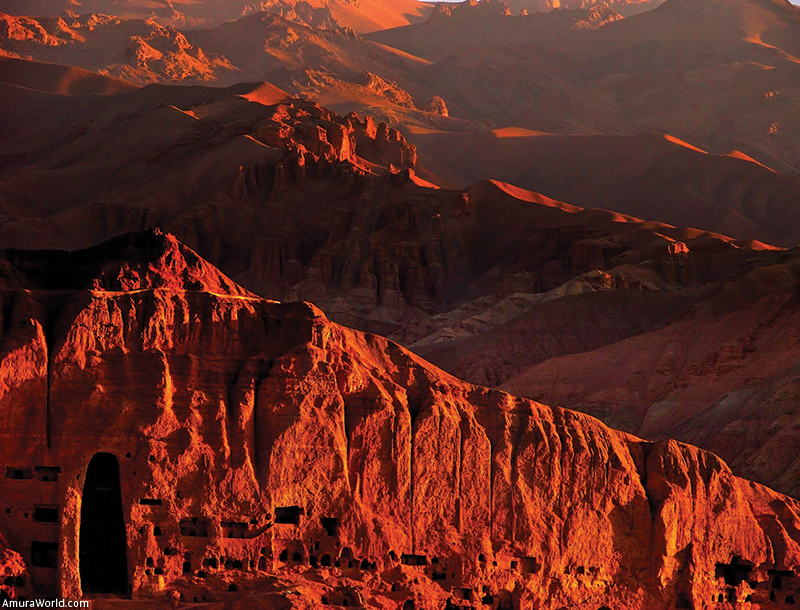 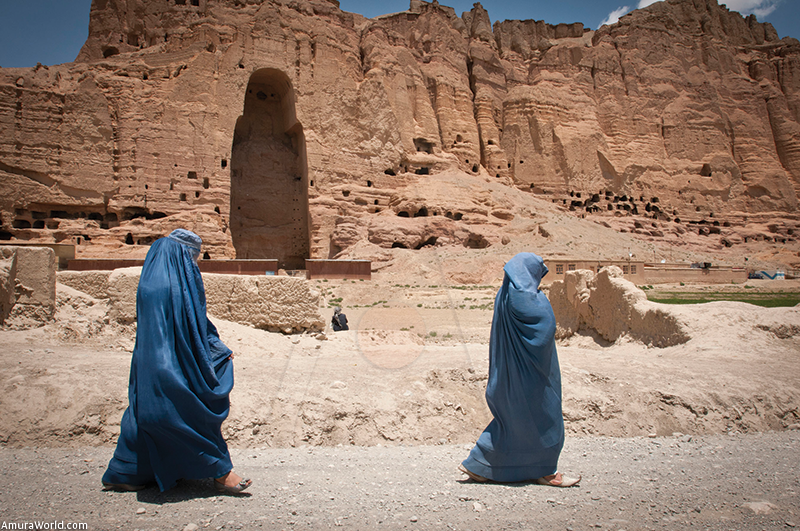 There had been already a looting in 2003, during the American intervention in Iraq, the main pieces of the museum were stolen; now, others, older than 3000 years, were destroyed.

No culture in itself nor for itself has to or must set out to make disappear or to destroy other cultures. None of them deserves to be written with capital C, over others that are not meaningless. In diversity dwells the human richness, of a cosmopolitan world of an absolutely blood-related multicultural and intercultural heritage.

Encouraging the spite for the different or for the alien, fearing what is strange for us (what gives origin to the term “stranger”, unbeliever), in order to refer to what does not belong to the identity. It is unexplainable when several countries erect cenotaphs to the Unknown Soldier, the public ceremonial reverence granted to these monuments, just because they are deliberately empty, or no one knows who lies in there, they have no precedents in earlier ages, is there not a need to mention their anonymous occupants? It is someone, who had no family, community, culture, without apprehensions of his humanity in the world. (Anderson, 1986,  Comunidades Imaginadas, p.26-27). 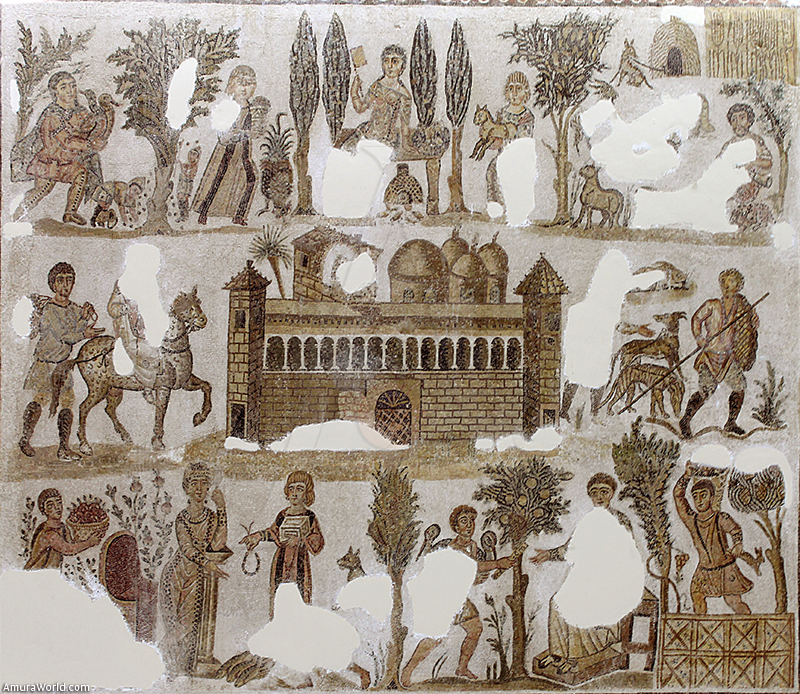 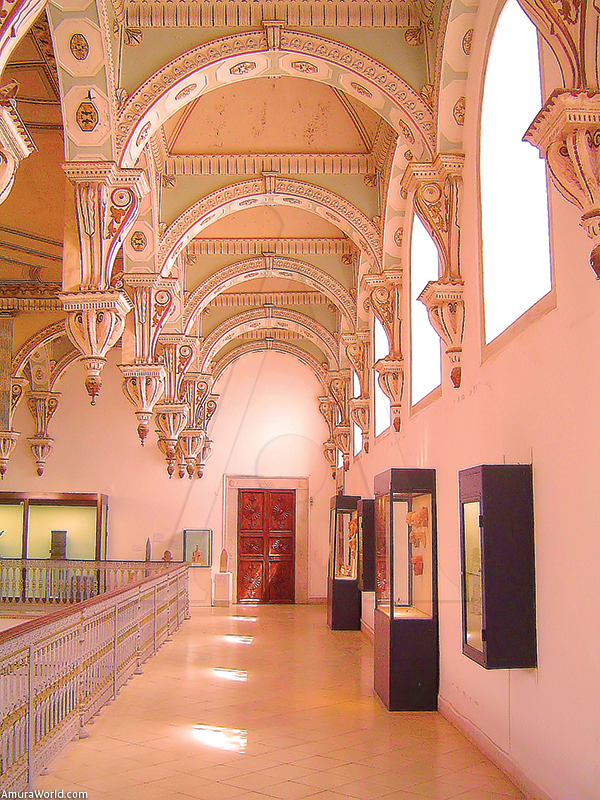 Making culture uniform or implanting a unique thought, standardizing, to speak in industrial terms of mass consumption and about monoculture. It is about the old idea of producing industrial facsimiles of originality of the natural human diversity

The way is to open up with neither inhibitions nor bias, in order to appreciate what is substantial of other men and women. Realizing that you are in another place, more than getting accommodated in the standard, consuming the already consumed, for some psychological wrong idea of security with repetition instead of discovering of other horizons, the unique creed, the store, the hotel, the beach, the standard lecture. It is turn around the world without outing its own sphere (Heinrichs, “Peter Sloterdijk, El sol y la Muerte”, p.296).

Amura, disseminator of the most outstanding human productions, with its navigating it feeds plurality, the diversity and ingenuity of diverse societies and human groups that inhabit the planet together, we have openly decided to support the need to use all the instruments given by the new means in order to disseminate the ideas: toleration, reciprocity, cooperation and fraternity, in order to build peace in the plenitude of the human condition, enjoyment with intelligence. 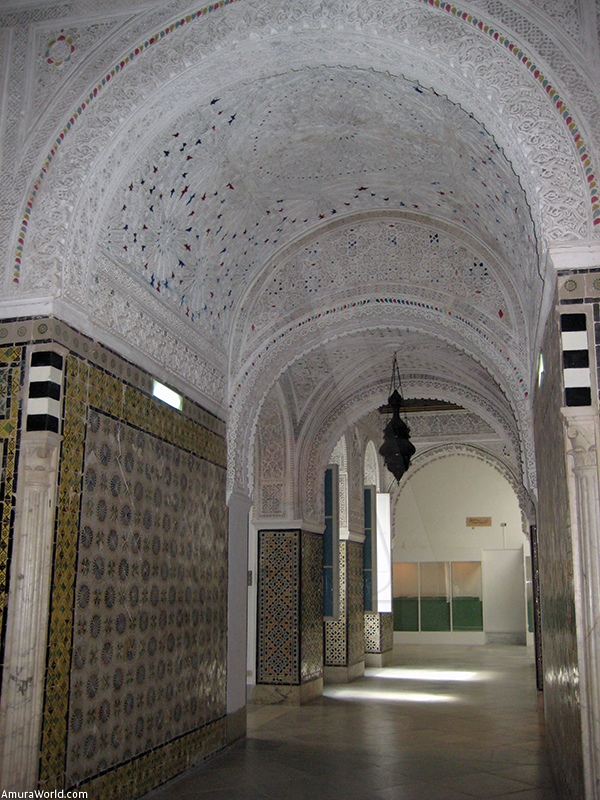 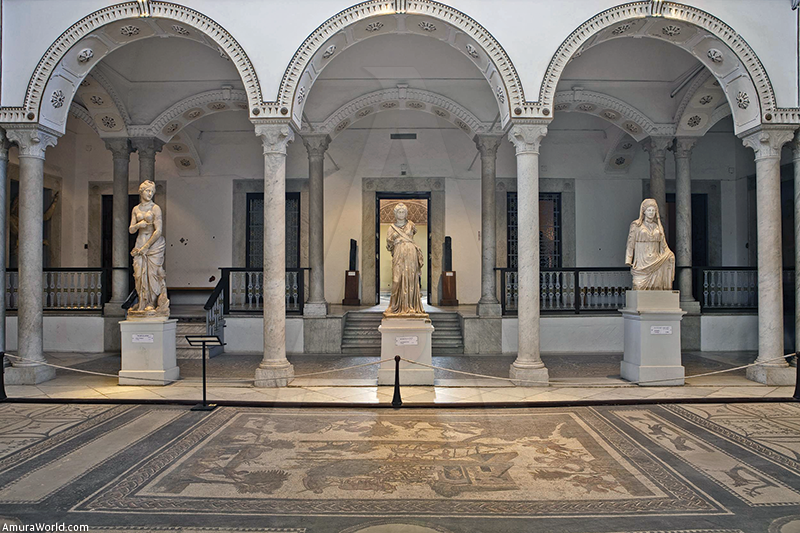 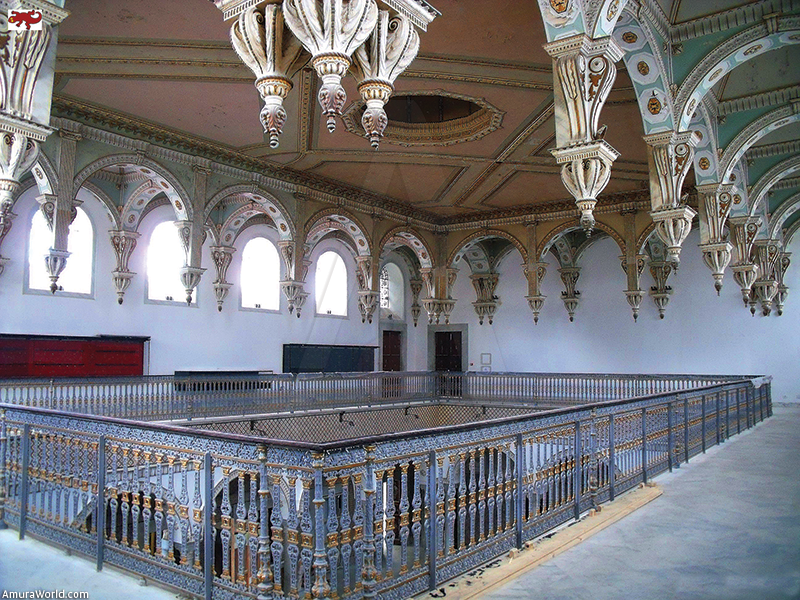 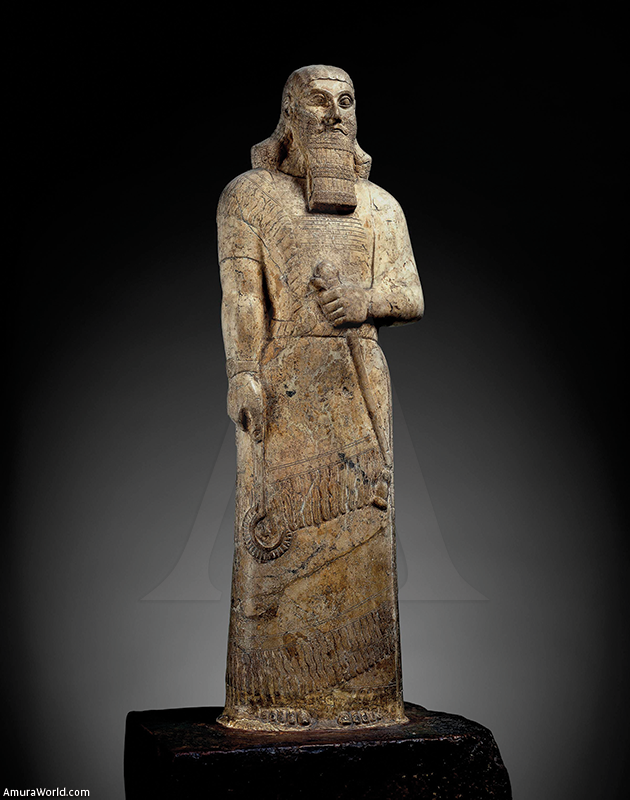