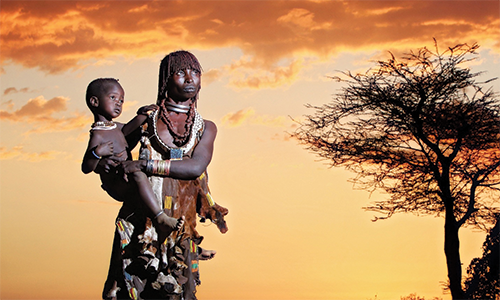 Africa, remote history, everything points toward the fact that in this continent it started our long march to inhabit the planet and, likely, the universe. In this journey we go, so as the Africans enter the benefit of modernity with its transcendental history, that inhabits our guts.

There are two moments linked irresolubly in this human and social evolution: the awareness of reality and of the unawareness. We can say that the latter –the unawareness—never leaves us; it is indeed the owner of the biological knowledge with the archaic inheritance. The awareness, entails effort to know-learn-do, it is the human thing. In this transition, there is the original mother of mankind, from the unawareness to the awareness, from instinct to intuition, from object to autonomous subject, setting up to walk. 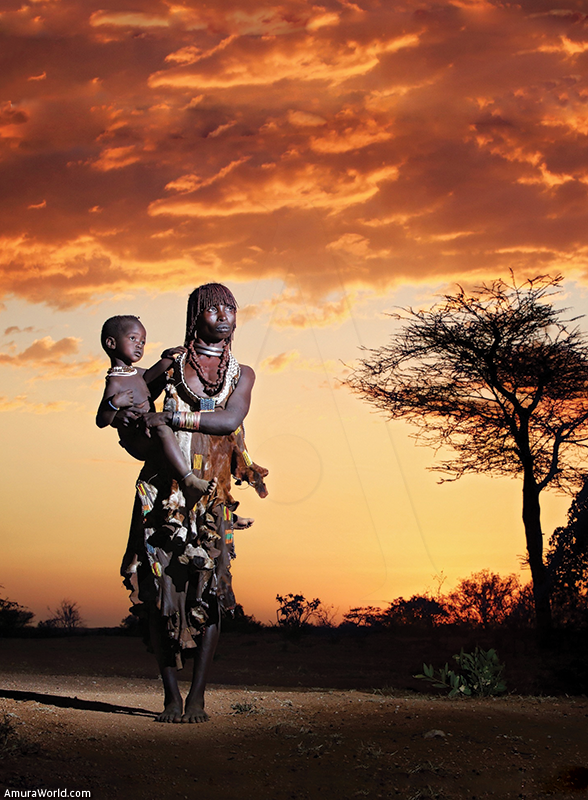 What we now understand, is the advancement of the nervous system organization to create these human realities. Instinct with intuition had to be mixed up. Perception, modifying the organism, evolves to use the brain, in order to transform its extremities into tools (hands and feet), to articulate language, to fulfill desires, to build the social reality; the culture, the African original woman would not imagine it, but she tried. It is the learning, with the senses (ear-sounds, smell-odors, sight-colors, touch-textures-forms, palate-flavors), that are symbolized and meant with the thought. This way, they allow us to desire and learn-do intelligently, so many times, simply doing, an aping of other species’ construction with which now we know we share their deoxyribonucleic acid (DNA) and the biologic learning of their nervous systems. 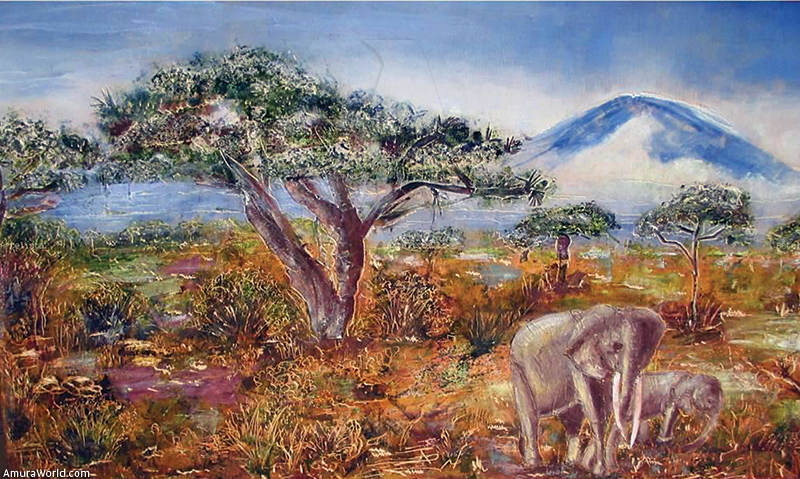 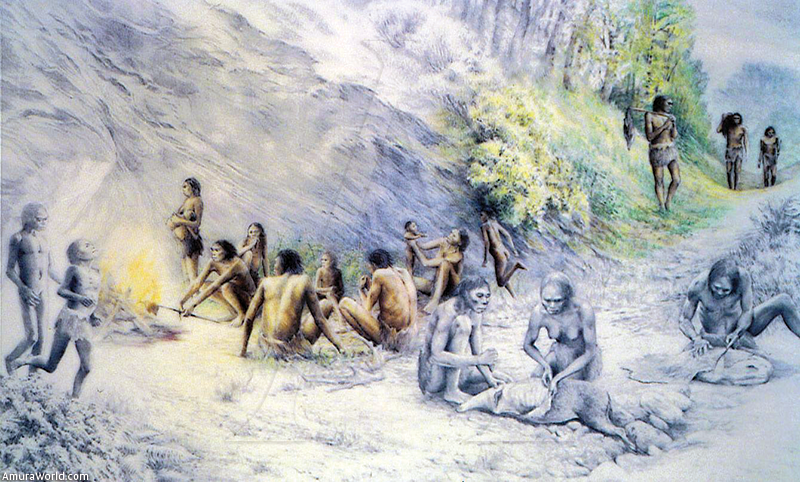 That is how the biology of knowledge acts, the autopoiesis, (auto, by itself, poiesis, to create; the ones that create themselves, Maturana and Valera, 1986.)  Simultaneously, we participate by asking, learning and doing, this one models biology but it is organized for thought; the organs are biologically disposed to think and speak (Chomsky, Generative Grammar, 1986.)Currently, this understanding entails to produce telecommunications technology similar to the human brain and beneficial biotechnologies –that do not alter natural processes—, that use organic potentials, the same way as this original woman did. Her task of evolving her biology, in order to needs in every ecosystemic circumstance, in the forest, the frozen steppe, the desert and the sea; but it is evolution, adaptation with which it begins the globalization process in Africa, inhabit the world, to do and be Earth in all its roundness and motion. 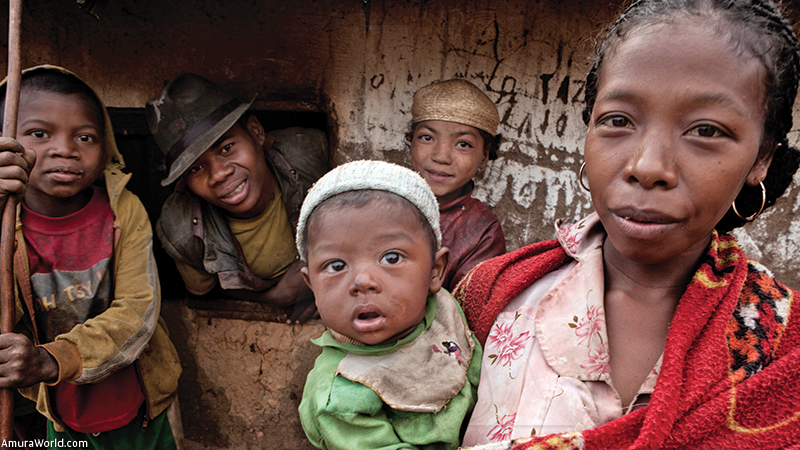 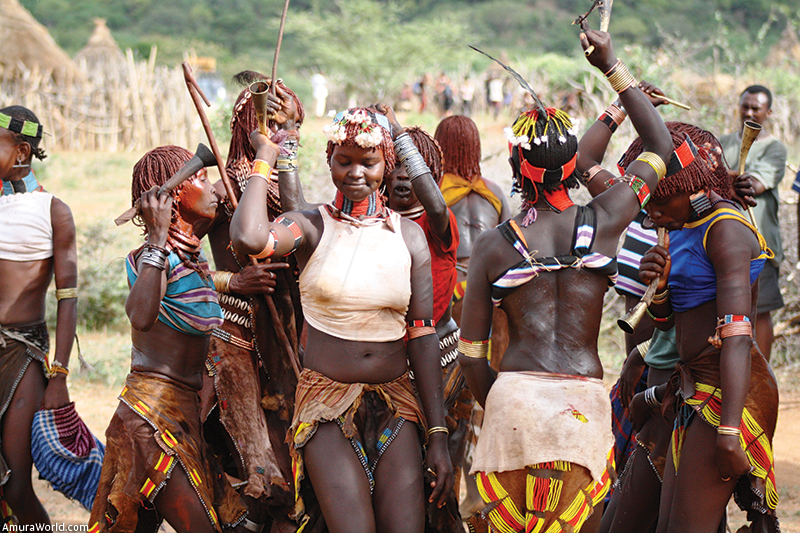 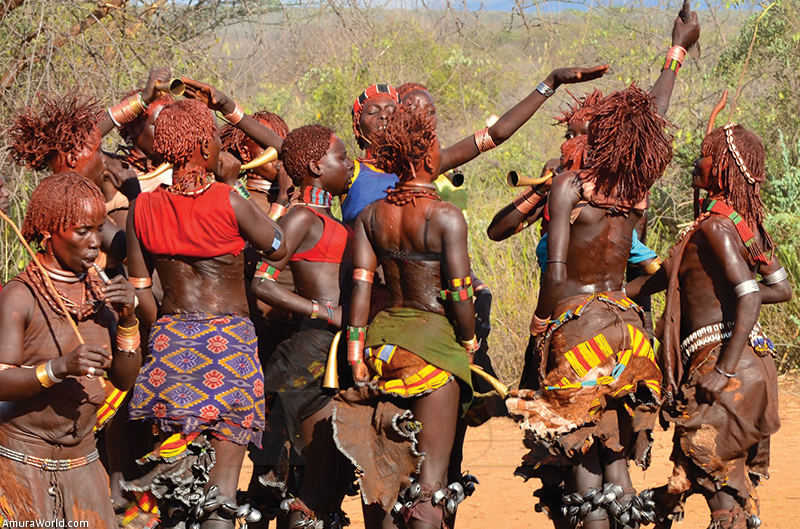 Donald Johanson, American, on November 24, 1974, found a female skeleton, 159 km from Adis Abeba, Ethiopia, Africa, and called her Lucy. The bone structure was the most complete until then found of a hominid, nearly 40% belonging to the 3.2 million year old Australopithecus afarensis species.

Her DNA has been found in human beings’ modern generations; that is why she has been called Mother of Mankind, superseding other dogmatic pure species theories. This DNA barely understood in 1869 by Friederich Meister and, up until now, used with applied science for the biological-anthropological research, opens a new vista of Africa and the history of humankind.

This is not a sample of the universal genetic code, but the uninterrupted advance of forensic science applied to archeology and physical anthropology, together with the circumstances of Africa that conserves natural conditions and ecosystems, certainly altered, but that continue for this quest. 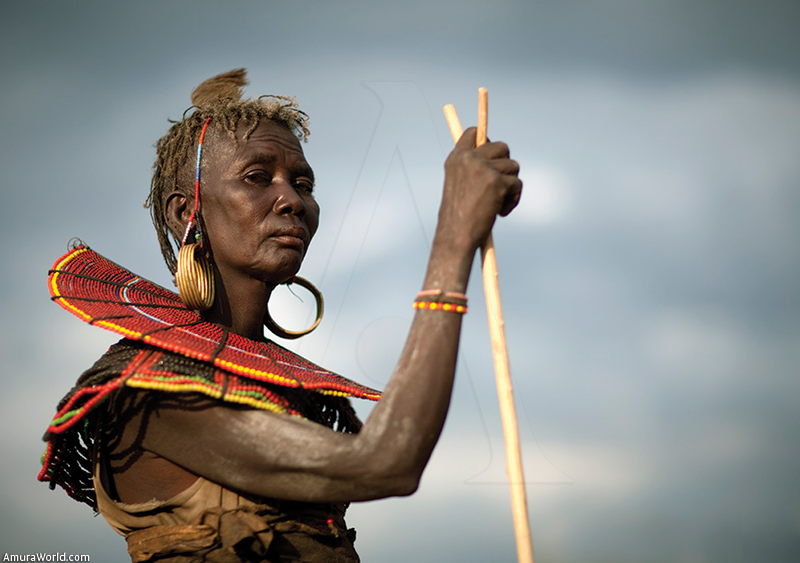 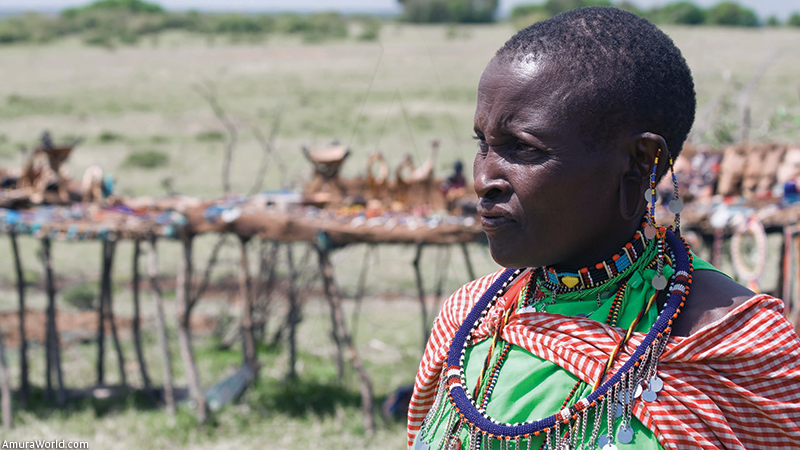 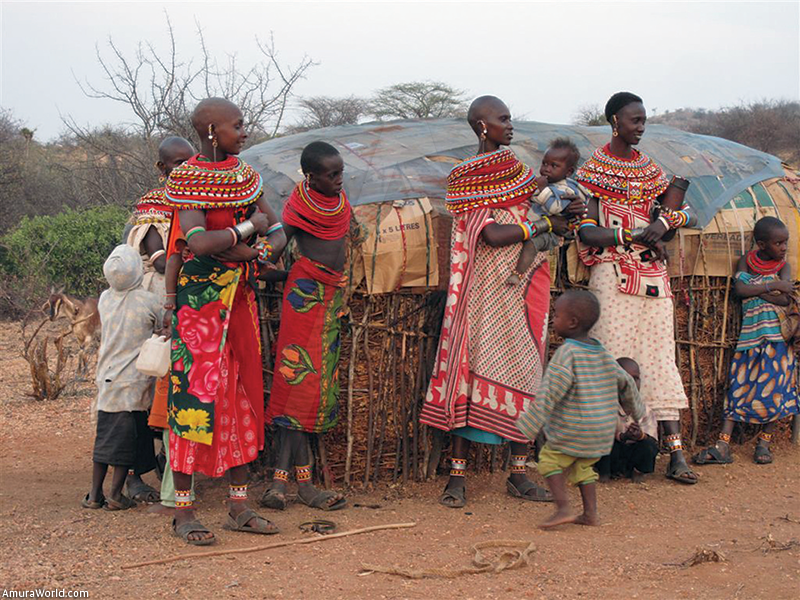 In the Lake Yari region, the human beings and animals fossils are preserved because when interred, they do not get discomposed for a simple mechanics, water filters the bone minerals and eliminates the organic materials. Lucy, with her human abilities, walks upright, but still climbs up the trees, it is a locomotive transition that is organizing the skeleton and the organs to erect the body.

The current capability to reproduce virtual scenarios, fed with scientific information about the elements gotten when surveying the site; once scanned the fossil skeleton, it allows to, objectively, reconstruct the past, or stated in poetic words, giving the first steps for the intelligent life.

Thanks to the above, Lucy’s tracks, her way to traverse the world, her similarity with the modern human being and the way we are this ability for biological knowledge, have been analyzed, that has learned to enjoy existence, from the time the African mother embarked on her evolution journey, to learn with nature. 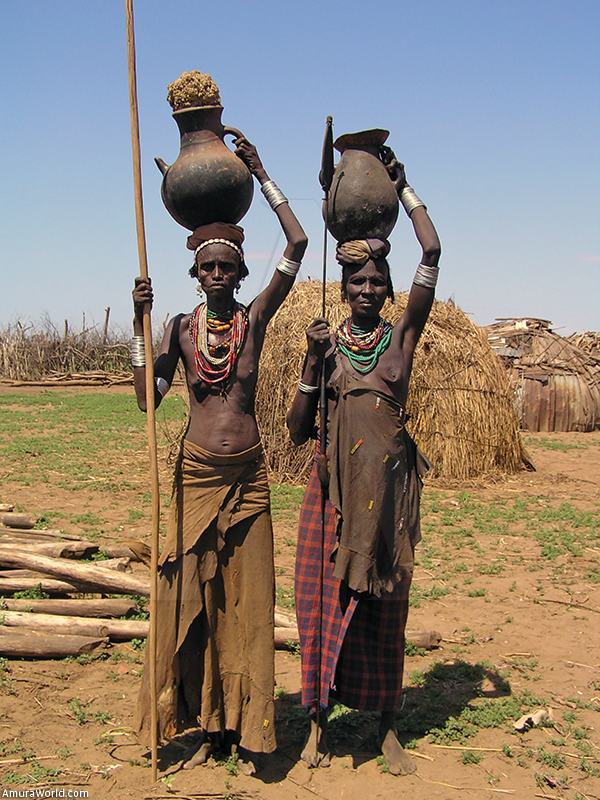 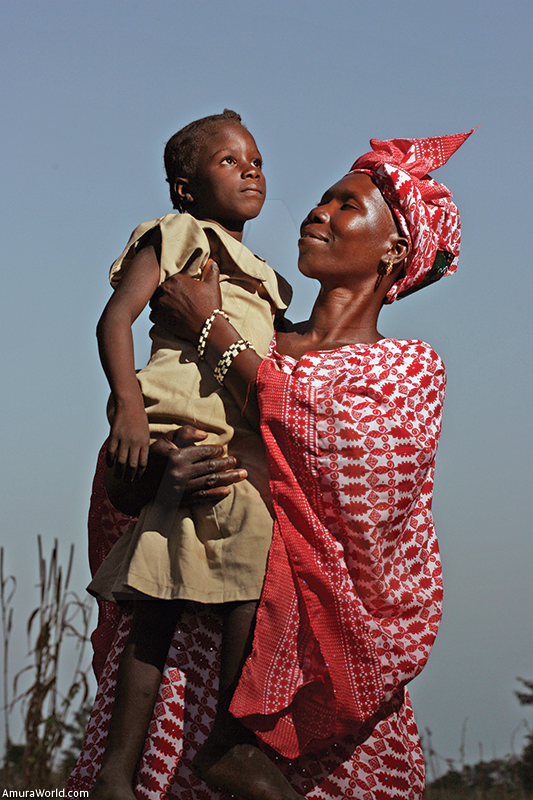 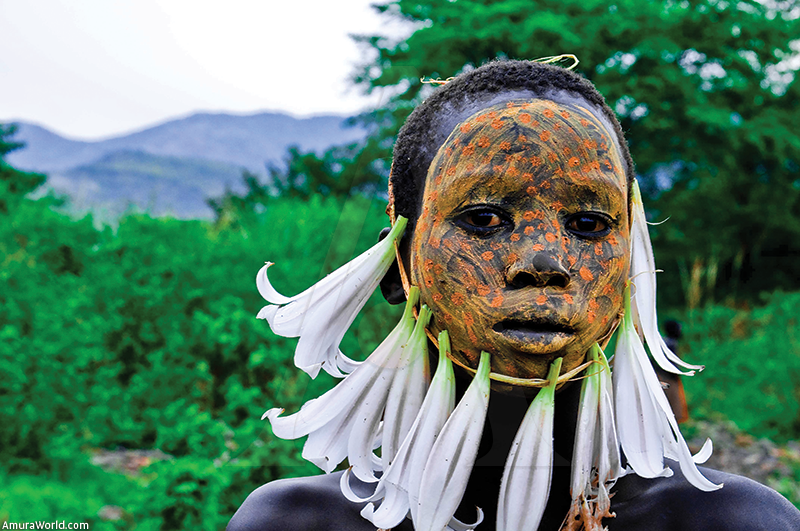 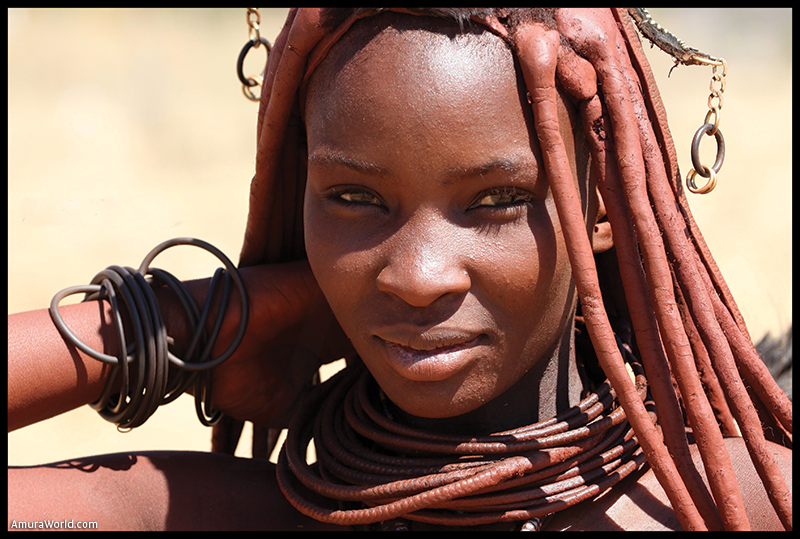