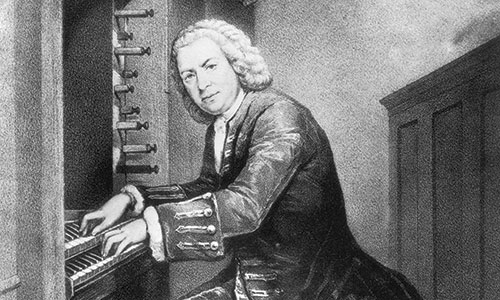 Who walked all the paths of music in his times, rich in his output but never appreciated

This year we celebrate one of the greatest composers of all mankind. Curiously Johann Sebastian Bach (1685-1759)  was born the same  year as Georg Friedrich Handel and Domenico Scarlatti. This fact had him in the best company, at least for a fleeting moment.

Johann Sebastian Bach came from a family that for several generations had been producing professional musicians. He was born in Eisenach, Germany, on March 21, 1685. His parents died when he was ten.  Young Bach went to live with his brother, Johann Christoph, who gave him a thorough musical training. In 1700, Johann Sebastian became a chorister at St. Michael’s Church in Lueneburg, and in 1704, he was engaged as organist of the church at Arnstadt. In 1707, following his appointment as organist of the church of St. Blassius  in Muehlhausen, Bach married his cousin ,Maria Barbara.

His first productive period of composition came in Weimar, where, in 1708, he had been made Court organist and chamber musician.  This is the epoch in Bach’s life when he became a pre-eminent organ virtuoso and when he wrote many of his masterworks for that instrument. 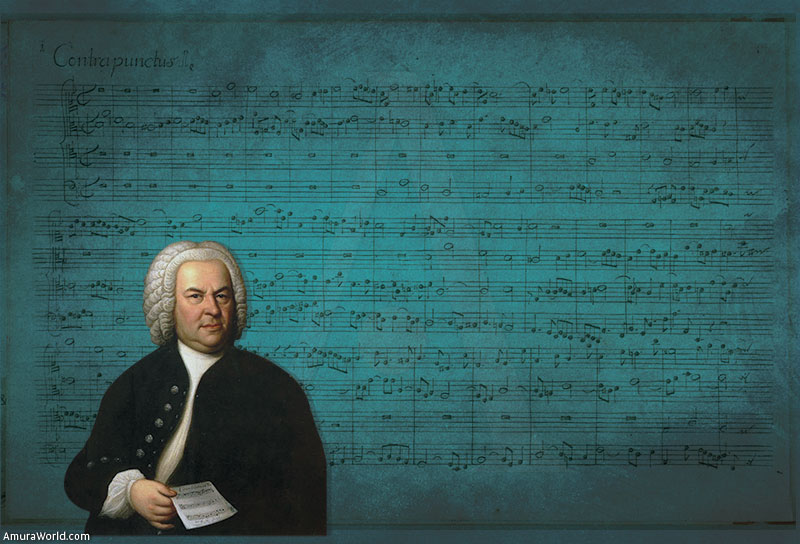 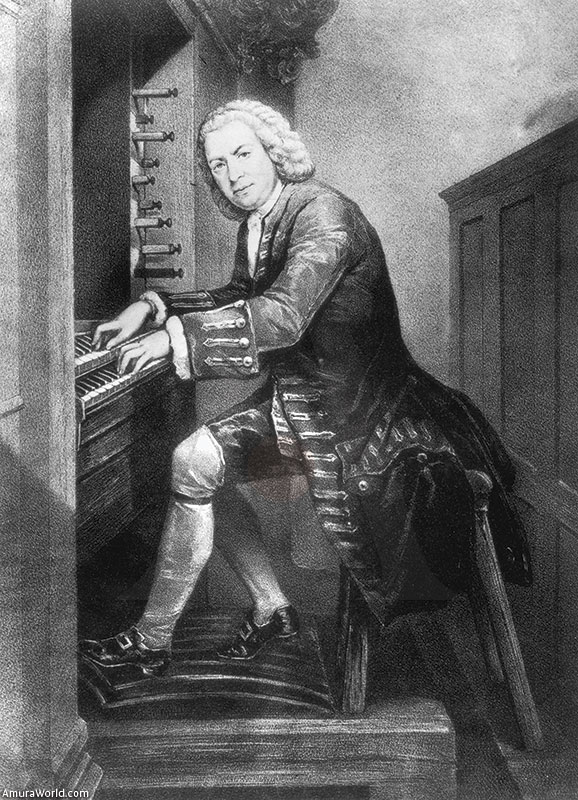 Between 1717 and 1723, he worked as Kapellmeister and director of chamber music at Coethen, at the Court of Prince Leopold of Anhalt. During these years, he cultivated instrumental music, producing a rich library of Sonatas and Concertos. Meanwhile, in 1720 ,his wife Maria Barbara died. In 1721, Bach married a second time. She was Anna Magdalena Wuelken, who bore him thirteen children.

In 17 23, Bach assumed the post he was to hold for his remaining years, that of Cantor at the St. Thomas Church (or Thomasschule) in Leipzig. His duties included the writing of music for Leipzig’s leading churches and directing it, playing the organ teaching a class of boys in Latin and music. Though his regimen was severe and exacting, though he was continually at odds with his employers, and though he was compelled to live in dark and unsanitary quarters, his creative output was prodigious. It was for these church services at Leipzig that Bach wrote many of his most important Cantatas together with the Pasion According to St. Matthew and the B minor Mass. Not even partial paralysis or blindness could arrest his creativity. In his last year, Bach completed The Art of the Fugue and the choral prelude, Vor deinen Thron Just before his death, sight returned briefly, enabling him to revise and copy out the parts of The Art of the Fugue. He died in Leipzig on luly 28 1750 and was buried in an unidentified grave in the churchyard of St. John’s Church. His coffin was finally recovered in 1894 and reburied within the church. 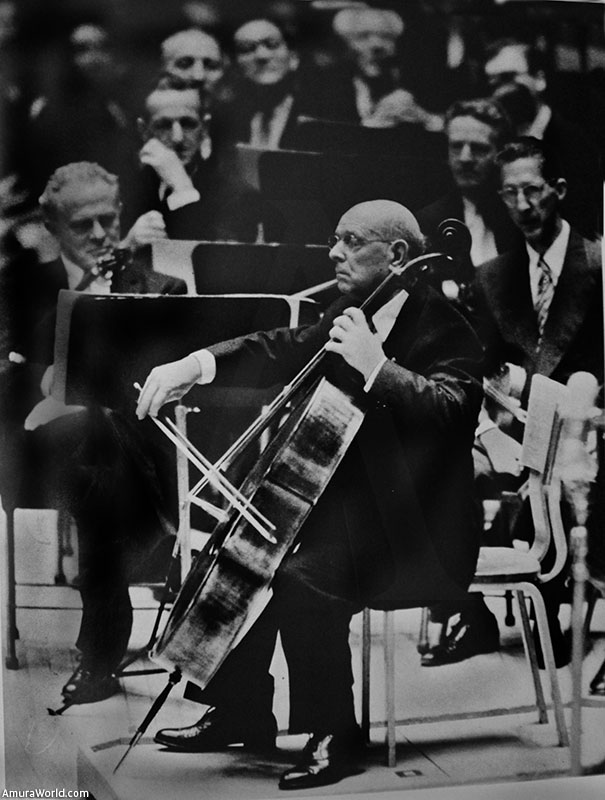 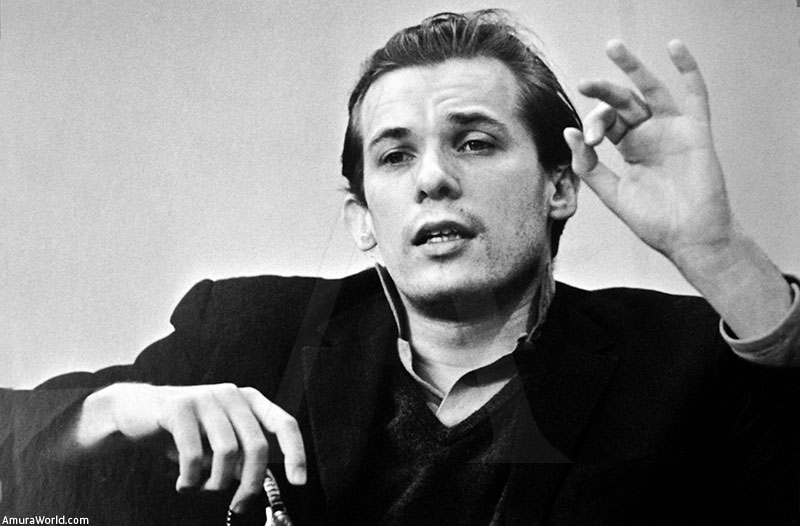 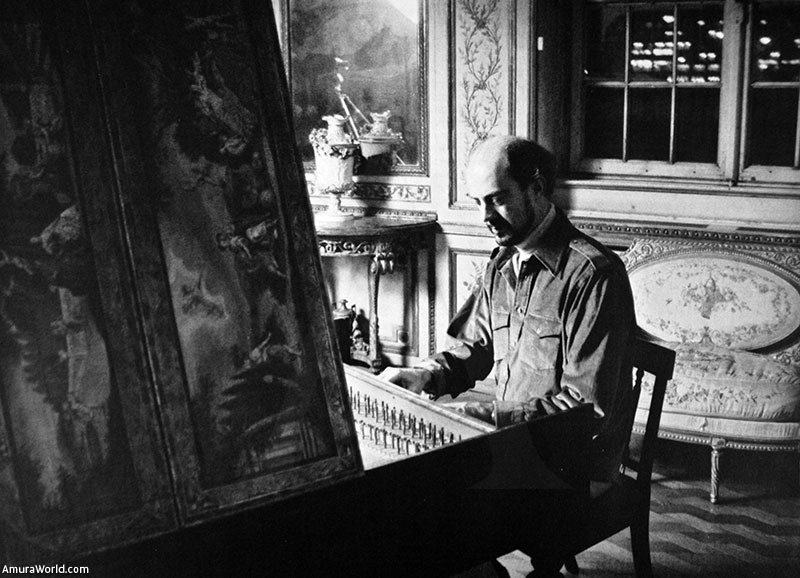 The fact that Bach was buried in an unidentified grave is both significant and symbolic not to mention appalling. Bach’s contemporaries-his own sons, even-were ready to consign him to permanent anonymity. Only a fraction of  Bach’s vast output had  been published but a few superior minds saw what other inferior beings ignored. We can mention Mozart, Beethoven, Mendelssohn and Schumann. When he played his St. Matthew Passion in 1729, the audience understood nothing and an Old hag screamed: “God help us!

So little was Bach’s music appreciated in Leipzig that immediately after his death a bundle of his Cantatas sold for forty dollars, and some of the Manuscripts of his solo sonatas were used by the local merchants to wrap their ware. Two years after Bach’s death, the plates of The Art of the Fugue were disposed of their value as metal.  If Hell exists, it is for the people of Leipzig that despite  their horrible deeds did not break his spirit and time has proven us right. 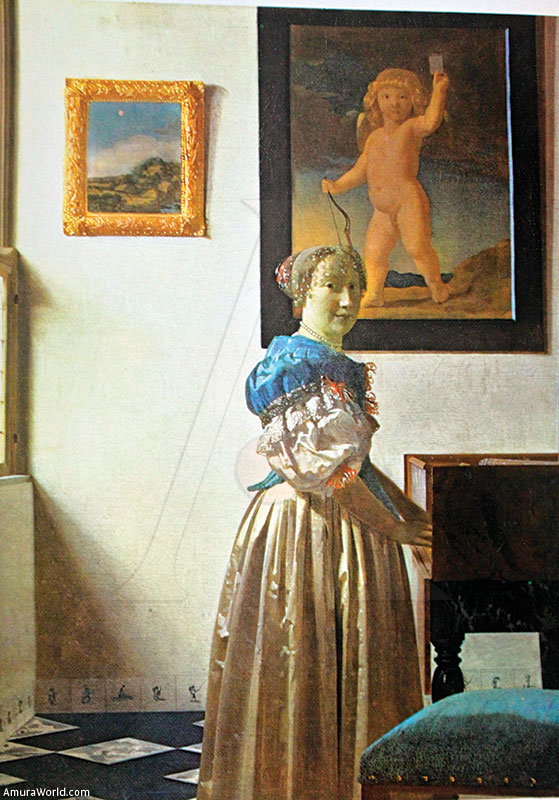 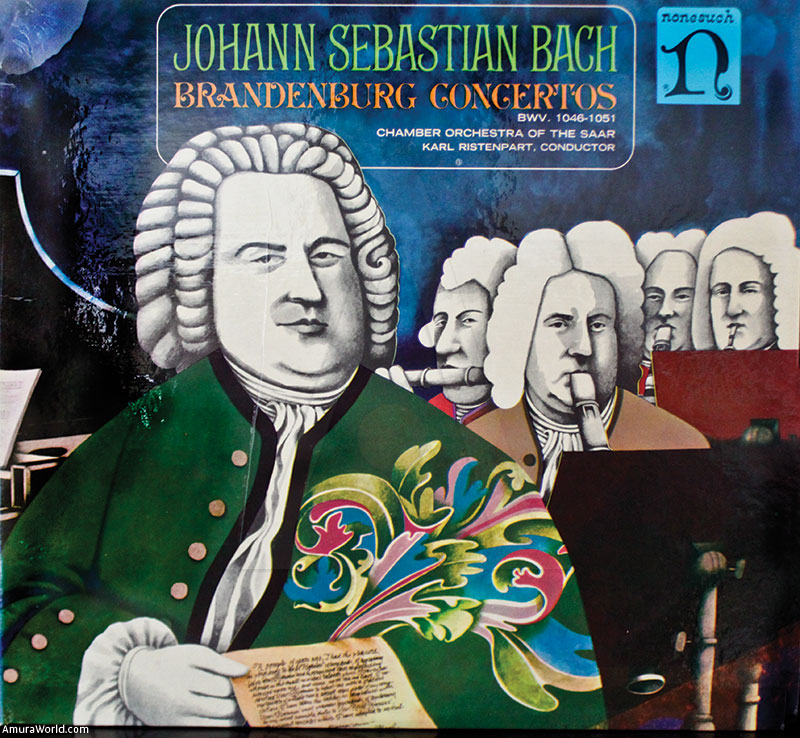 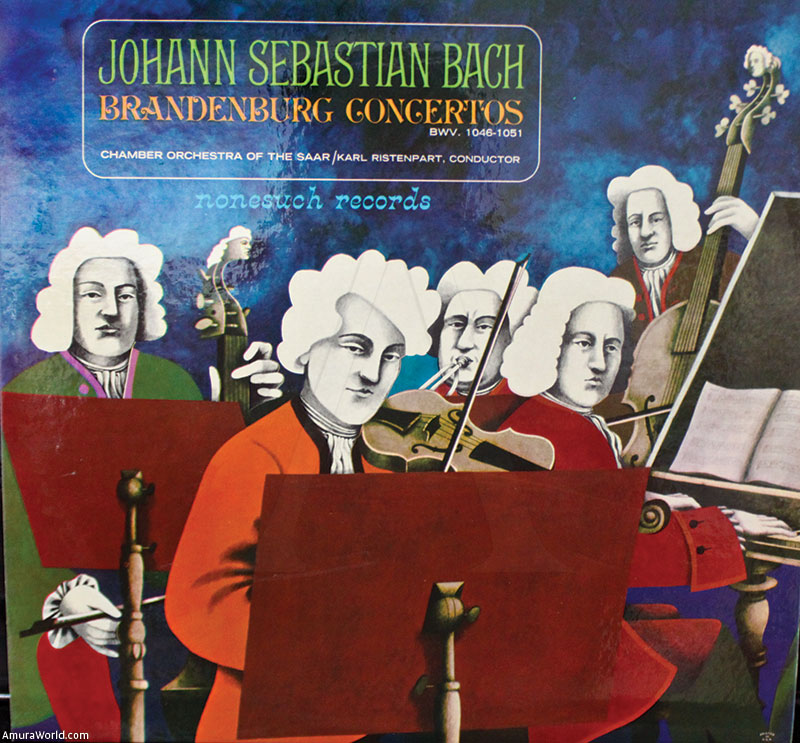 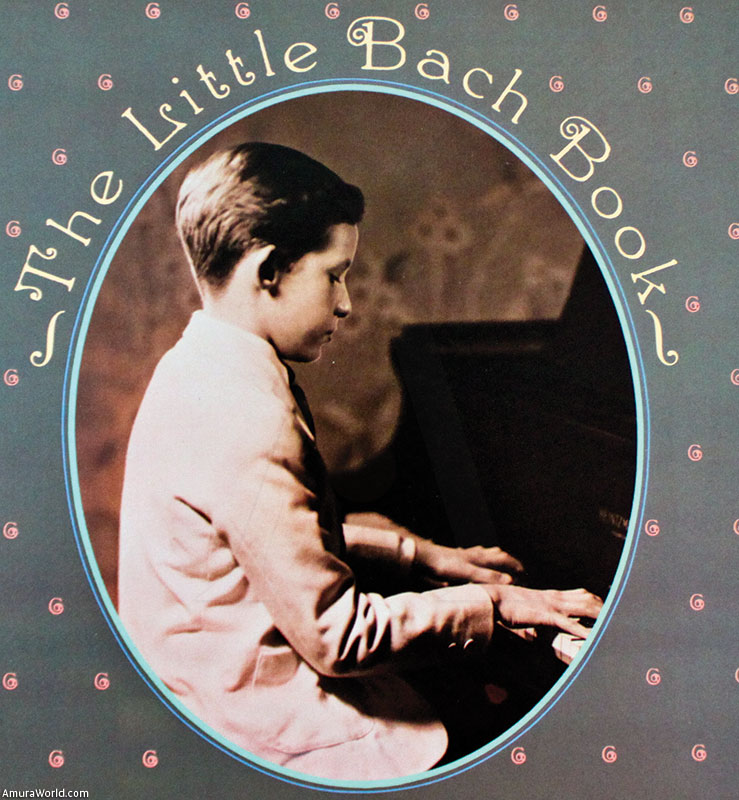 The enormous and  fascinating output of Bach requires  a lifetime of study and enjoyment.  All his major works have been recorded, some many times so one must adjust to the sound world of a modern orchestra versus  spirit and style of the so called “original instruments” that are replicas of those used during his heyday.

- The Art of the Fugue may be heard in its version for organ magnificently played by Herbert Tachezi(Teldec).

- The wonderful Brandenburg Concerti has to be heard complete to savor its beauties and style. Karl Ristenpart conducts the Orchestra of the Saar with soloists like Jean Pierre Rampal and Pierre Pierlot with imagination and impressive detail. The teamwork here has made this recording a classic.( Nonesuch).

- Trevor Pinnock’s performance with the English Concert are swift, vibrant and perfectly balanced. The playing is magnificent.  Nikolaus Harnoncourt has put together a release with all the Cantatas and the results are as fine as can be expected from so profound a musician.

- The Concentus Musicus Wien and the choral contributions are spectacular. (Teldec). The greatest violinist of the twentieth century, Jascha Heifetz plays the famous Chaconne from Partita No. 2  and puts his generation to shame. Perfect intonation, tone, line and heart are all only some of the ingredients of this superlative kind of playing. (RCA ).The complete Concerti for Harpsichord display Trevor Pinnock’s greatness once more. The soloists are outstanding and the music is a real joy.(Archiv). Another approach, no less stimulating is that of fabulous pianist Glenn Gould, whose Bach was a lifetime of exploration and communication. (His conductors are Leonard Bernstein and Vladimir Golschmann. (Sony). Alice Harnoncourt and the Concentus Musicus Wien give us a beautiful rendition of the Violin Concerti(Complete). Gould returns for one of the most important recordings of the Century, The Goldberg Variations recorded in 1955.  Gould is in his absolute prime. The interpretations have structure, voicing, detail and rhythmic complexity all beautifully attended to. This is greatness!

- On a lighter tone Gould gives a superlative Little Bach Book (Sony). Frans Brüggen and the Orchestra of the 18th. Century give us a luminous Mass in B Minor fresh and appealing. The Netherlands Chamber Choir is excellent(Philips).

- Harnoncourt returns for one of the best versions of the St. John Passion which also applies to the St. Matthew Passion with the Concertgebouw Orchestra of Amsterdam (Teldec). I find Herbert Von Karajan’s Bach too ponderous and frigid.  There are excellent Organ Programs with E. Power Biggs (Sony), Michael Murray (Telarc and Helmut Walcha (DG). The Suites for Orchestra are rare beauties and three of the performances are outstanding: Raymond Leppard, English Chamber Orchestra (Philips), Harmoncourt with the Concentus MusicusWien (Teldec) and Yehudi Menuhin romantic approach with the Bath Festival Orchestra (EMI). Yo-Yo Ma is sublime in the Suites for Unaccompanied Cello  S. 1022 and the Weihnachts-Oratorium (Chirstmas oratorio) shines under the superb guidance of Karl Richter(Archiv). We close this very brief discography with Glenn Gould , perfection itself, in the Well Tempered Clavier (Sony).

tmas oratorio) shines under the superb guidance of Karl Richter(Archiv). We close this very brief discography with Glenn Gould , perfection itself, in the Well Tempered Clavier (Sony).