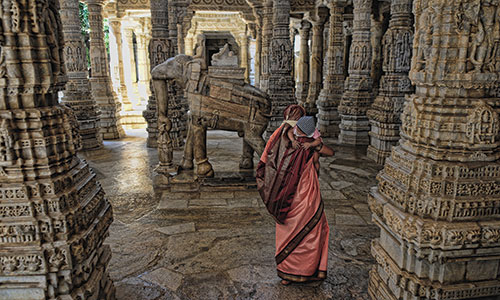 Sacrifice in the art of loving

Art, has rendered a great service to beliefs; it makes tangible images and tridimensional forms and phenomenal architectures comforting human existence. Beliefs, have awakened creators’ imagination who do not only stay in the theological but the cosmogonic dimension, this one that beside the Theogony makes explanations up about nature, life with its interrelations and demands of knowing-power-doing to live life.

Art is the human habitat trace. An important part, it is related with beliefs, ideologies with any living-together symbologies of every age. Also, now and then, it makes the most subtle critiques to the ways of life. This fact, is known as “break,” since it proposes new traditions in front of others exhausted or repeated up to a surfeit. This breaks are the ones that develop trends with innovative expressions. We can speak about ancient art and modern art Hindu temple, with spiritual connections. 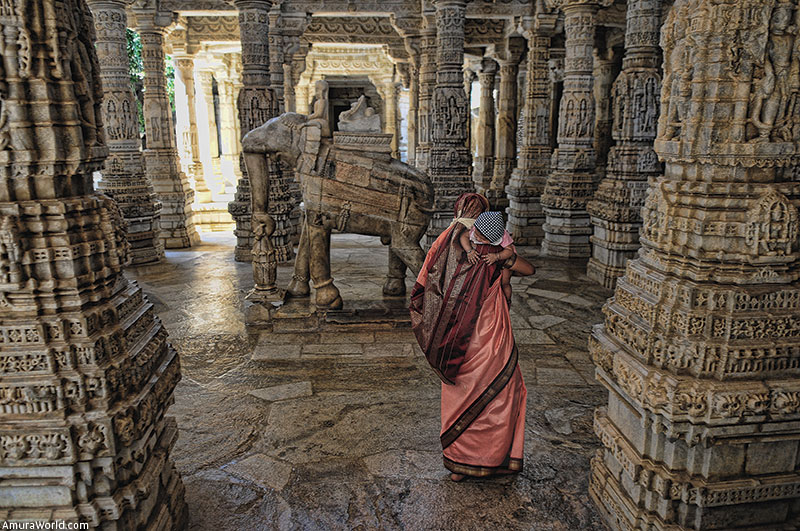 I am referring, to the depth of the cave paintings of Bhimbetka, followed by the route of 4,500 years with the diverse cultures and kingdoms, that came out of invasions and trade relations. To the universal Hindu in the dialogue with the West. The murals, sculptures at homes and palaces, miniatures made on palam leaves, it is the Arian production between 1,500 and 900 a. C., of rich coloring. The stupas and chambers excavated in rock to shelter the traveling monks. The Lomas Rishi’s in the hills of Barabar, Maurya dynasty’s. The monumental sculpture in the Yamamuna riverbank, influenced by the Greek-Latin art in Mathura.

To the Buddhist monastery of Ayanta, with the splendid mural paintings exhibition. It was the time when Hinduism, became the foremost source of inspiration in art and architecture; the styles Nagara in the north and Dravida in the south. The Khajuraho temples were built during the Chandella dynasty that reached its zenith between 950 and 1050 AD, some constructions still exist. Islam, dominated in north India in the XII century. Three Mongol emperors Akbar (1556-1605), Jahanangir (1605-27) and Shah Jahan (1627-58) were fosterers of the fine arts. To the monumental miniatures. 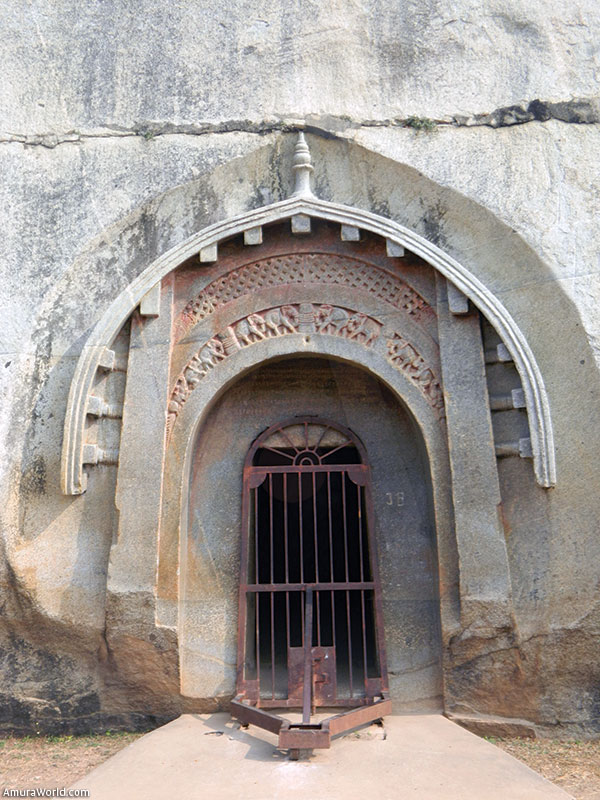 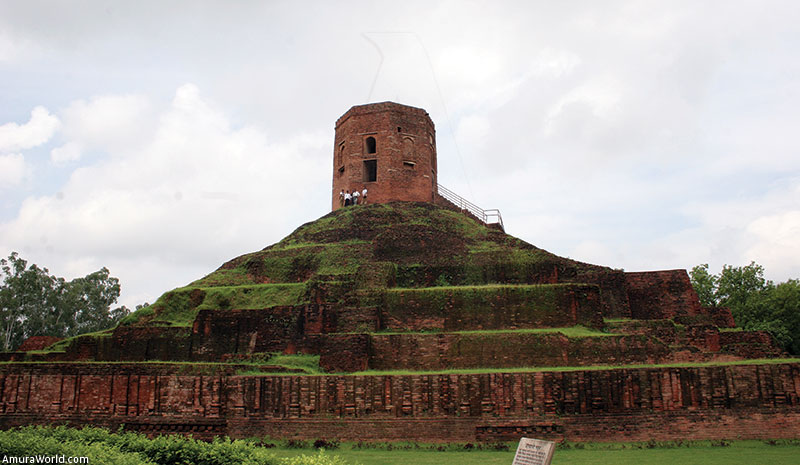 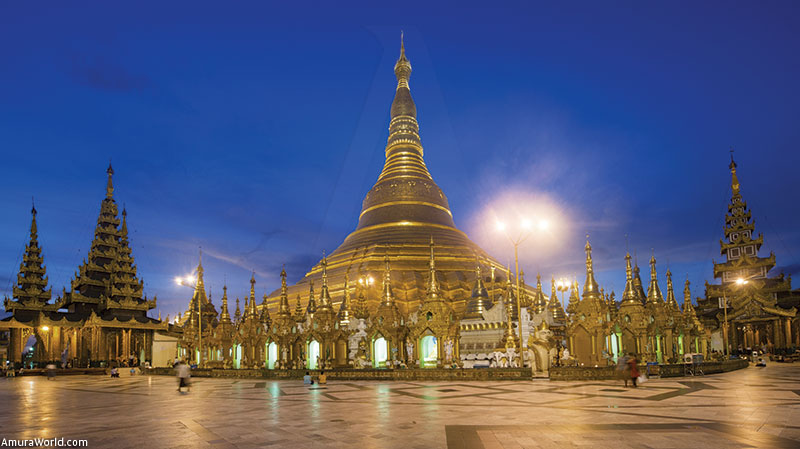 To the Taj Mahal, the mausoleum made of white marble, that Shah Jahan I built for his wife Mumtaz Mahal. To Landscape, Mansur. Rajasthan, the Punjab Hills to the production of the Pahari school developed in the mountainous states of Punjab, near the Himalaya, from the XVI to the XIX century. Until the moment in which, in the XVIII century, the European influence in India was articulated in a dominant way.

The sculpture or painting works from far away Hindu times, comprise this fascination for the human body related to the cosmos, the sensorial-sensual atmospheres, the cells are micro-universes and, the universes, cosmic islands. Every part, is connected by an energy to which corresponds a movement in its wholeness and without being equal they comprehend the wholeness, the harmony in the middle of its unity and the contradictions between the chaos and the circumstantial order in time and space.

To encourage our readers in these aesthetic walkings, I invite you to meet two creators and one female contemporary writer. 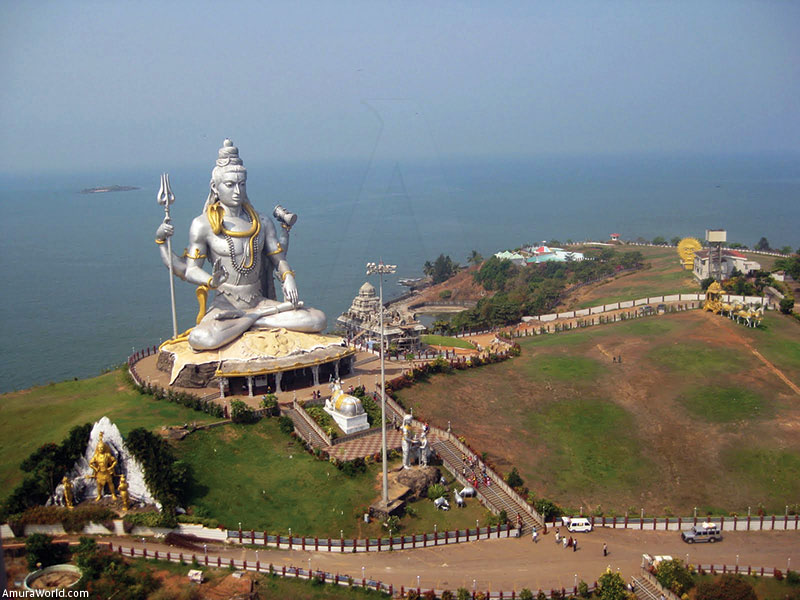 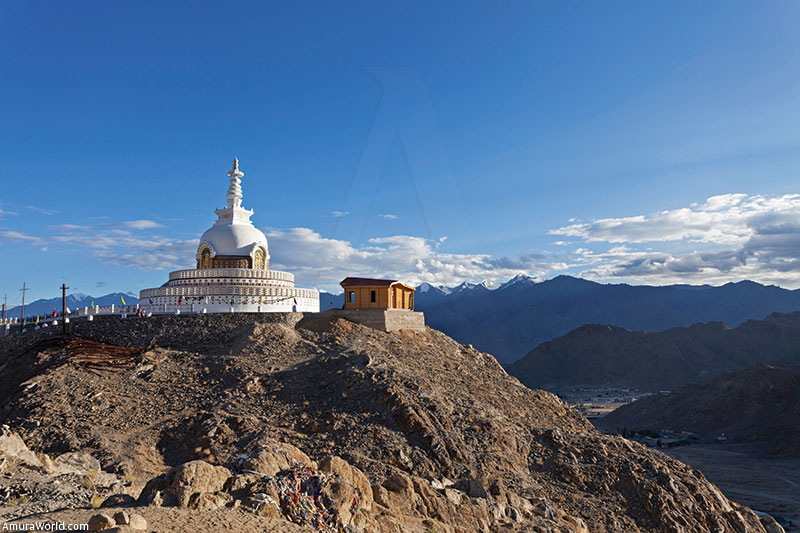 Painter, sculptor, muralist, writer and architect. A critic of the Western uniformity, he proposes a Hindu temple aesthetic: “In the last years I have been trying to establish the lost connection with the old Indian style. I have searched more in our miniaturist painting tradition. It is the emphasis in details, in decorative elements, in realism and the exquisite craftsmanship of those works”. The substrate for a universal regional aesthetic is found in the popular culture (Acha, J., Las Culturas estéticas de América Latina, p. 233). Gujral, among other of his sources of inspiration, follows the Mexican muralist movement, led by Diego Rivera, David Alfaro Siqueiros and José Clemente Orozco. Gujral, was deaf since 9 due to an illness. Now he can hear thanks to revolutionary technique called “cochlear implant.” Deafness forged him for the plastic creation, without banal gatherings. 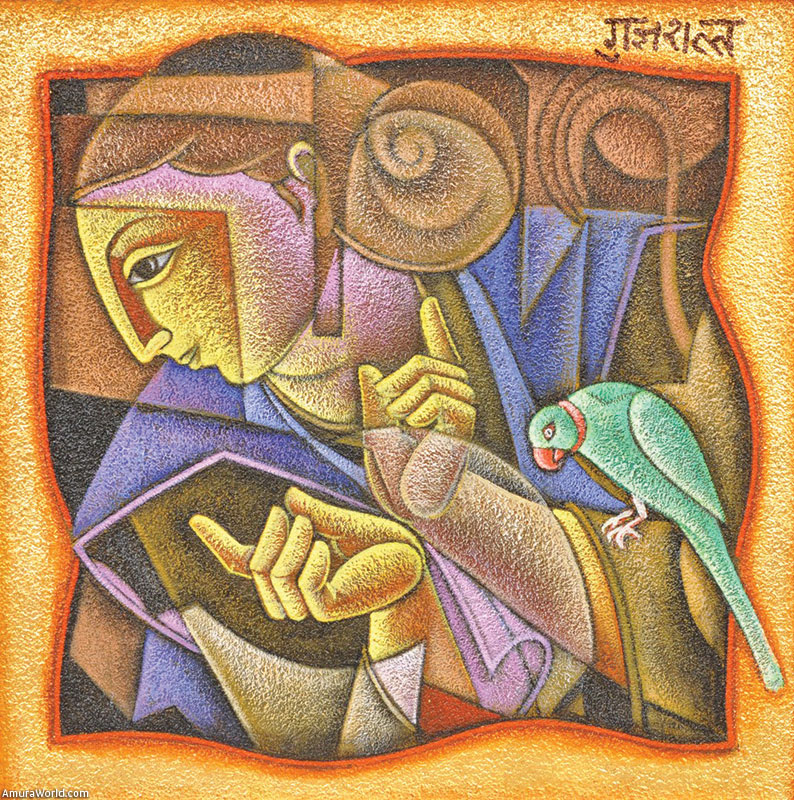 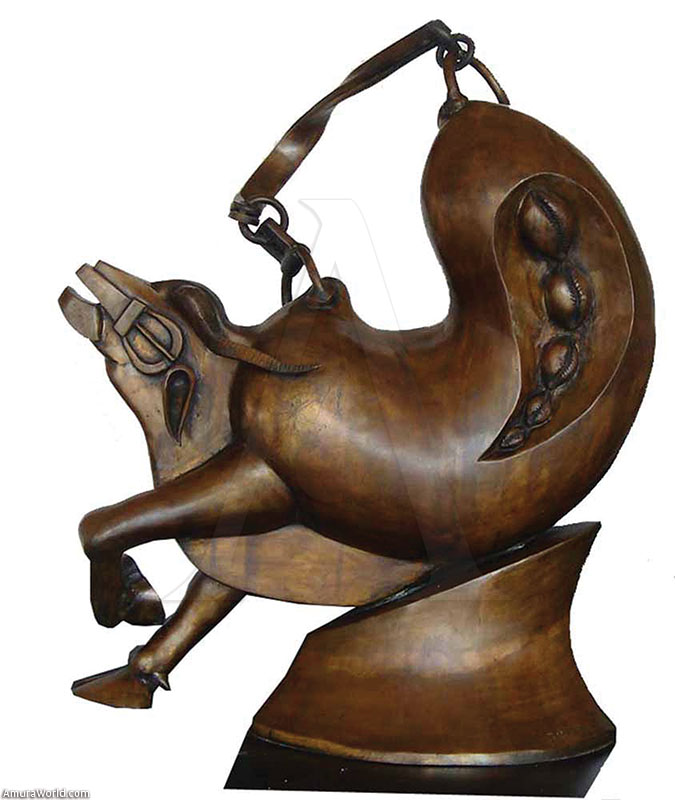 His father was Hindu, his mother, Jew; he grew up in India and studied in Great Britain. He has the idea of making art based on its symbolic qualities, more than its regional influence because of its origin. He is half-breed, has two Hindu charges eroticism and coloring. Works of great assembling format and combinations of materials, techniques and topics (Carrero, M., Anish Kapoor: biografía, obras y exposiciones, Octubre 2014).

* The opinions expressed in this article are solely responsibility of the author, and do not reflect the viewpoints of Amura. 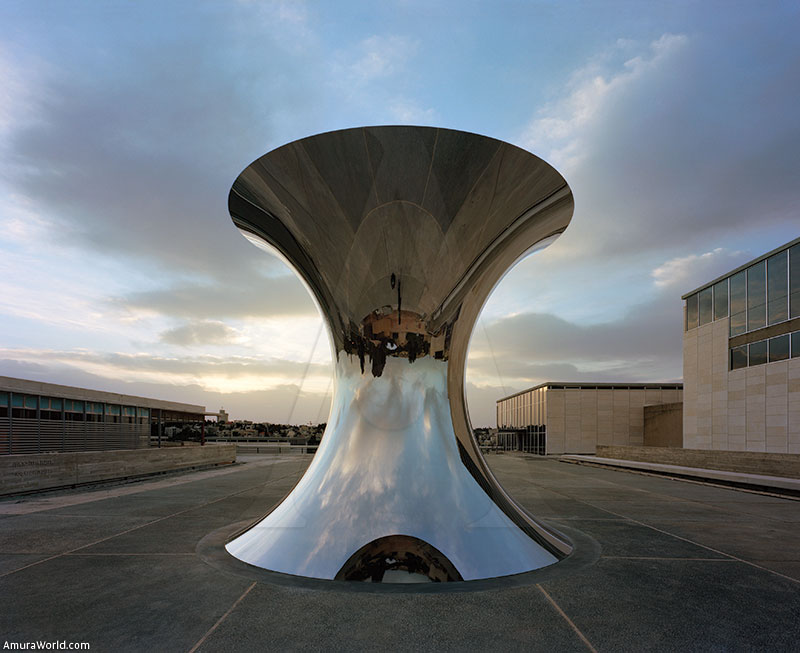 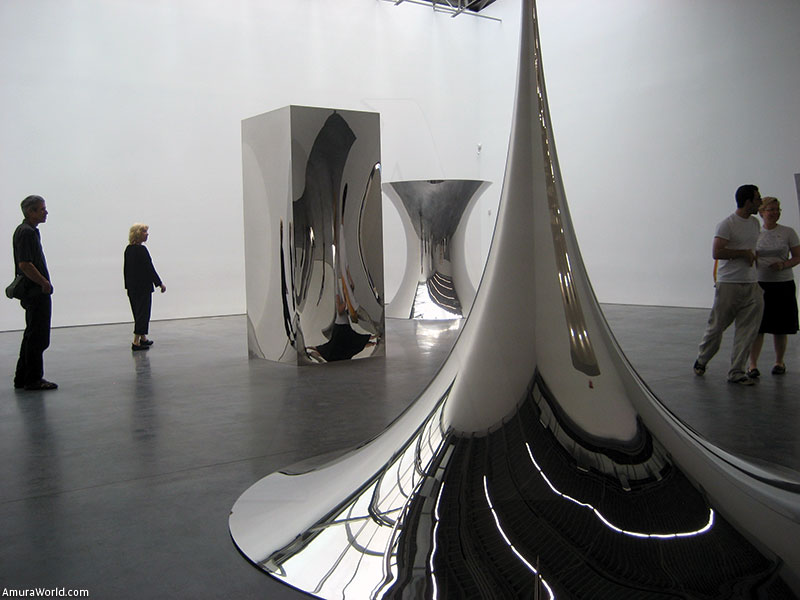 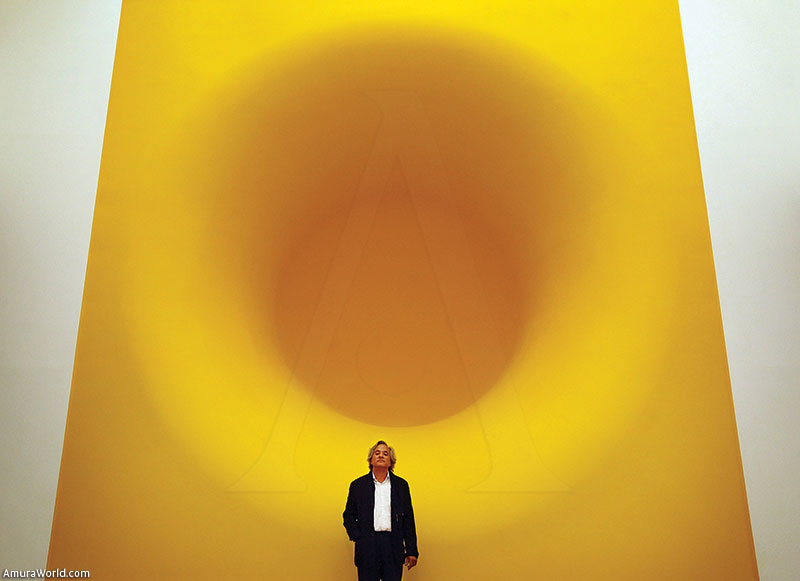