The inspiration of great composers 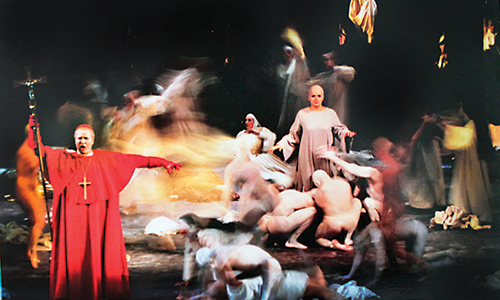 Following up the issue of Mephistopheles composers whose inspiration led to unparalleled works, another virtuoso that shocked the world was Hector Berlioz; he created a milestone with The Damnation of Faust, his wonderful dramatic legend. Goethe was once more the inspiration for Gerard de Nerval, who produced excellent lyrics. The concept of symphonic and vocals are used to express dramatic scenes with abundant lyrical passages for the orchestra. Berlioz gives us not only a spectacle but handles the lyric outpouring brilliantly. The Damnation of Faust is not normally produced as an opera, although an imaginative director can turn it into grand theatre. The music turns Mephistopheles into a “bon vivant”, a gentleman who ends up taking Faust home after an Infernal Cavalcade where horrific images give Faust an idea of what he must expect.

In the final scene Marguerite is welcomed by the Heavenly hosts. It is one of the most beautiful choral scenes in all opera. Berlioz has never been so clear concerning his intentions and the orchestral handling is exquisite. The famous Hungarian Rakoczy March, the Dance of the Sylphs and the delicious Minuet are probably the most famous pieces of the work. But the whole is totally magical thanks to the genius of the composer. Arrigo Boito in Italy also relies on Goethe for his opera Mephistopheles. Besides giving us the Faust and Marguerite episode he takes to the legendary Greece accompanied by Faust. In this work, Faust repents and begs God’s forgiveness. Boito’s devil is more insolent and scary than the one in Gounod’s work.

In the famous Prologue in Mephistopheles which takes place in a space between heaven and earth Mephistopheles has a found a new victim and mocks the Lord. The heavenly choirs silence him and he recoils in terror before leaving. It’s and impressive, massive scene well admired.

Boito was an excellent composer, he became famous due to his work with Verdi, preparing the libretti for Falstaff and Othello, both masterpieces, but one must not minimize Mephistopheles a feast of fine melodies and truly inspired drama, despite the failure of the devil to get his way. In modern times Ferruccio Busoni turns Christopher Marlowe as inspiration for his Doktor Faust. The opera was born in Dresden in 1925, thanks to the assistance of Philip Jarnach, due to the composer’s death. 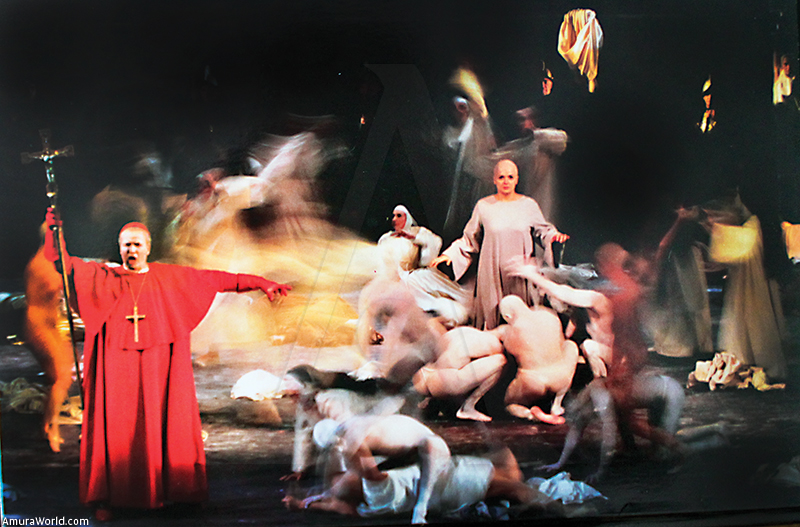 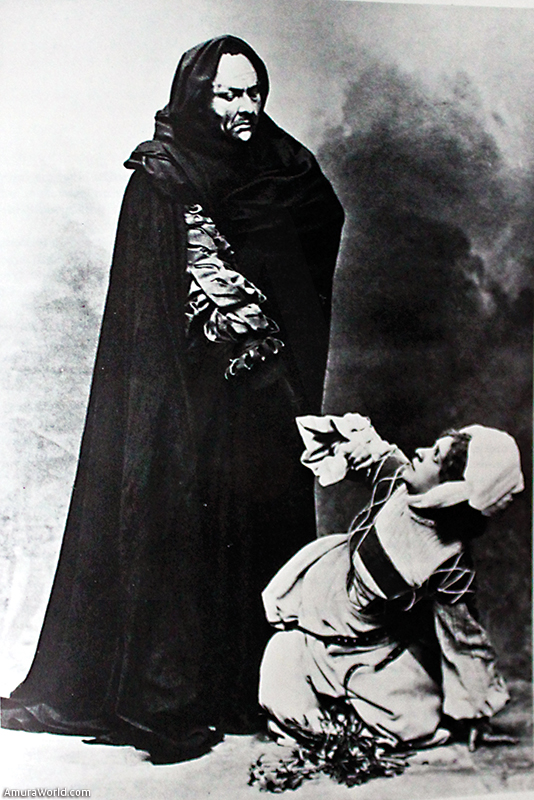 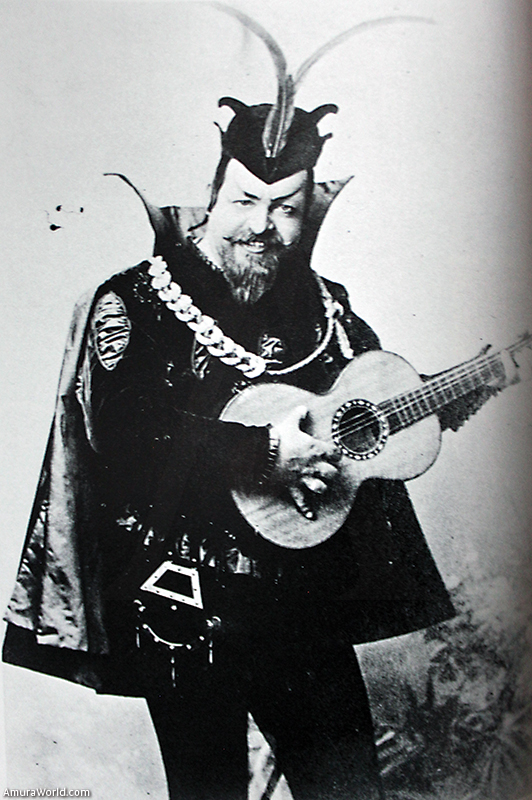 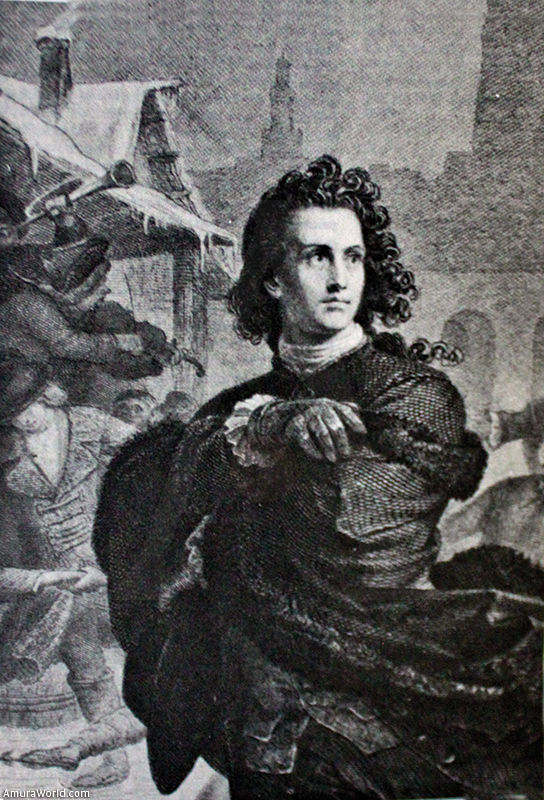 The work has two prologues. In the first, Faust receives a magic book and in the second he invokes Mephistopheles to take him down the road of great experiences. An Interlude describes a murder, through diabolical means, of a young soldier. Later we have an episode on the love between Faust and the Duchess of Parma, all manipulated by the devil. Faust tells his students about his affair with the Duchess, when Mephistopheles interrupts him telling him the Duchess has died. When Faust realizes that invariably the devil will bring him bad news, three infernal beings appear asking for the return of the magic book, which Faust refuses to return. In the final scene Faust confronts a beggar woman and her child. He is horrified that the beggar is the Duchess and the child a corpse. Tenderly he lays the child on the floor and prays with devotion, offering his life for the return of the child’s. Faust dies, while a naked young man rises from the child’s corpse. Boito uses all his musical knowledge here plus many novel touches which are his own. It has taken a long time to find favor with audiences. The music is profound and works well in Marlowe’s conception. It is one of the pillars of Twentieth century opera.

In 1969 a Polish composer gives a a horrifying vision of France during 1634. With The Devils of Loudun, a new operatic concept is born. Based on The Devils by Aldous Huxley, its theme was also used for the superb film Mother Joan of the Angels. It is impossible to conceive that this great movie was something Penderecki could ignore, so he channeld it to music. In Loudun, France, Mother Joan of the Angeles desires to seduce Father Grandier, their priest. The worldly man has had many encounters with the village women. As she is denied her wishes, she accuses Grandier of bewitching her. After an infamous trial and torture in which the priest’s fingernails are extracted, he his condemned to die at the stake. When the work was premiered in Stuttgart is was a sensation for its realistic direction and horrific drama. As is the finale where the nude nuns disrobe and dance as if possessed. Although it is basically theater with music, The Devils of Loudun is much more than something sensational. The orchestral effects are enormously effective. Here we find talent that transmits feelings and reaction applying resources never used before in music.

Sergei Prokoviev uses a similar theme for his drama The Angel of Fire, where the main character is possessed. The work had to wait until 1854 to be staged in France. The daring story and the musical treatment explain the reasons for such delay. With a style quite different from Penderecki, Prokoviev presents a vision of evil that is shattering. When Renata, the heroine receives the devil, the orchestra describes a horrible transformation that is totally realistic.  The story takes place in the XVI Century. Renata seeks the Angel who played with her during her childhood. Amid her search, she meets Ruprecht, a knight, who tries to save her from herself. Even though this is impossible.

In Cologne they also met Faust and Mephistopheles. They witness something worse than grotesque when the Devil swallows a child alive. Renata is burned at the stake, after being taken to trial by the Holy Inquisition. Her main sin is admitting intercourse with Satan. Although implausible, The Angel of Fire has melodies of high quality. Prokoviev used themes from his Third Symphony. But to have the real experience it must be seen as an opera. Now we go to Yugoslavia. We enter the world of ballet with The Devil in the Village by Franz Lhotka. The Czech composer works under the influence of Smetana and Dvorak. The score is a happy one.

Lhotka tells the story of a devil who wants to break up a romance. He sells a magic belt to Mirko which turns him into his slave.  He visits hell but during an infernal ballet, Mirko escapes. He gets to his town in time to avoid his loved one from marrying another and all is celebrated in a folk dance called the Kolo. Without a doubt, the Devil is a lousy guardian. Franz Liszt gave us a Symphonic vision of the Goethe characters in his Faust Symphony. It’s three sections describe each one: Faust, Gretchen and Mephistopheles.  At the end Liszt incorporates a male choir and a tenor soloist. It has been said that Liszt was inspired by The Damnation of Faust by Berlioz. The composition is pretentious, the orchestration is colorful but that’s about it. Liszt started to compose it in 1853 and it wasn´t until 1857 that it was finished. This is the work of an extroverted conductor and it allows them to show off the orchestra. But, ¡Liszt is far from being a Berlioz! Richard Wagner also fell under the spell of Goethe. He wrote his Faust Overture in Paris, in 1839-40, and revised it in 1855, which is the edition we are familiar with. It is stimulating and fun, with good effects and coloring in the orchestration. 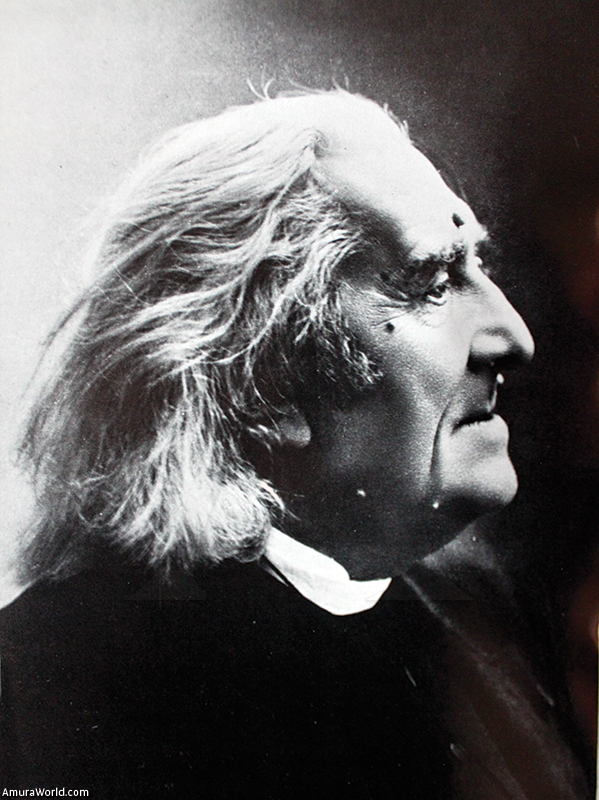 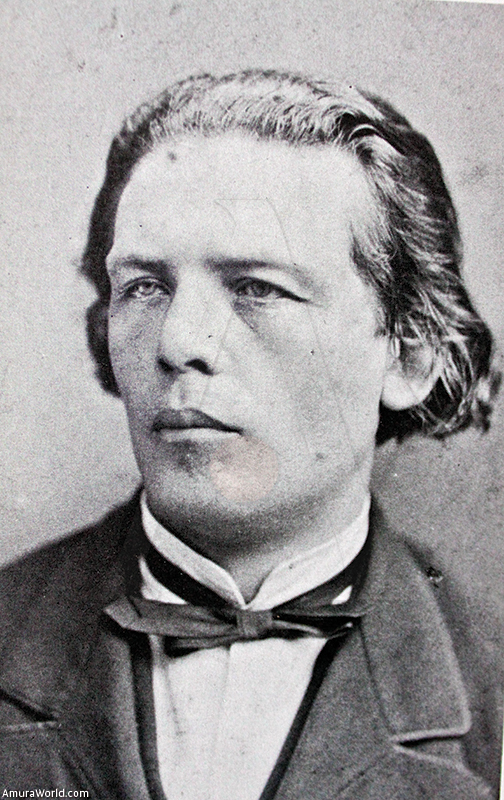 The Overture does not give the Wagner of musical heights we are used to, but nevertheless, it’s still Wagner. The greatest master of romantic German opera was Carl Maria Von Weber. His principal opera is Der Freischütz (The Free shooter), premiered in 1821. It uses some of the typical German legends and the ambience is Germanic as well: the spell that the townspeople are under includes: the supernatural, and naturally, the Evil One. In order to break this pact Zamiel, the devil, must have another victim. Max, a hunter, is in love with Agatha. In order to obtain her hand in marriage, he must win a marksmanship contest. The girl’s faith and the good natured peasants of Bohemia in the XVII century, manage to bring things to a happy ending. All is developed in a beautiful score, rich in melodic invention and with rousing choral music.

This movement continues firm in Europe. The scene at the Wolf’s Glen where the magic bullets are cast with infernal help, is magnificent and a good example of the genre. If we associate vampires with devils, there is another romantic opera from Germany, Der Vampyr by Marschner, first seen in 1828 and once quite popular. Lord Ruthven has signed an oath that is terrible but has managed to escape the devil’s wrath for 3 consecutive years. Now he must present a maiden pure of heart for sacrifice. He is a Vampire in disguise. As usual, he is trapped and punished by a worthy couple and killed by lightning. The score is well written and attractive. Nowadays it is staged sporadically in Europe. 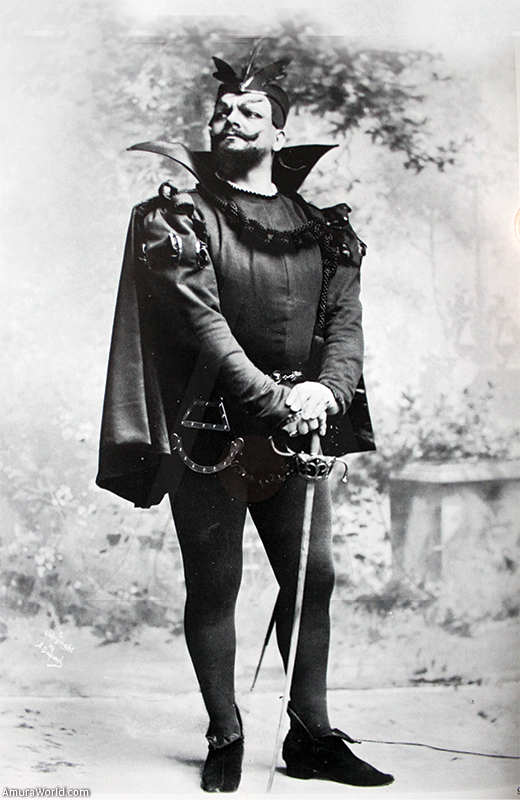 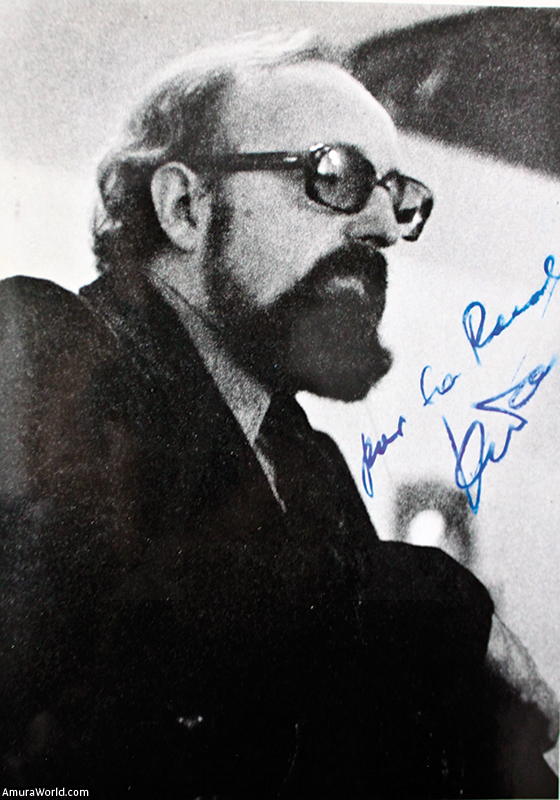 We go to 1831 to our finale. We are in France, there are no movie houses and the most popular diversion is opera and nobody sets the table better than Giacomo Meyerbeer. We open in Palermo it is the XIII century. Robert Le Diable (Robert the devil) is on stage. Robert, Duke of Normandy, is son of the devil and a mortal. The devil here is Bertram who follows his son, trying to obtain his soul. Robert is in love with the Princess Isabella in Sicily. In order to obtain her hand in marriage he must win a tournament. Bertram does allow this to happen. Robert is desperate and looks of infernal assistance but Isabella persuades him to face the truth. Robert denounces Bertram, who returns to hell. The lovers marry in a grand finale. During that period all French operas had to have a ballet. Bertram invokes to souls of naked nuns who broke their vows to dance. When Chopin went to the premiere of Robert le Diable he wrote: “If there ever was magnificence in the theatre, I doubt it would have the splendor of Robert le Diable...it is a masterpiece...” Chopin was wrong; today Robert le Diable apparently inherited his mortal mother and not the immortality of his father.

Music has given us many devils that vary but have in common that they are evil. We haven’t covered all the musical manifestation but can assure: “¡The devil is here to stay!” History is our witness. 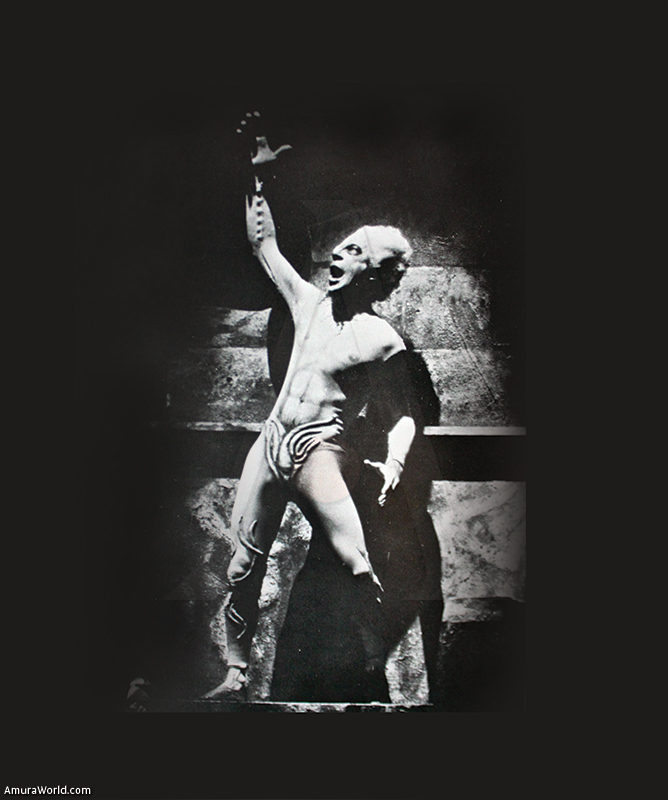