A postcard from Punta del Este 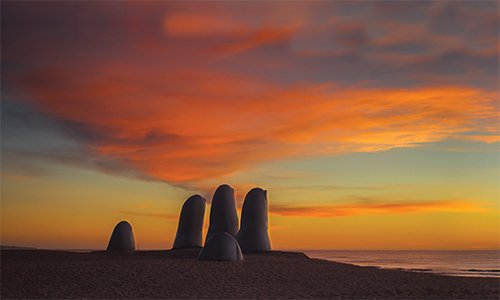 The presence of man in nature

“La Mano” which emerges from the sand in mid Parada 1 of la Brava, has rested here for 33 years; it was a late afternoon in February 1982, when Chilean artist Mario Irrazábal arrived to an event hosted by the Maldonado Intendancy, he would be participating in the First International Al Fresco Encounter of Sculpture in Punta del Este. During all the second month of ‘82, the esplanade of La Barra was turned into an astounding outdoor workshop, on it, nine artists of diverse nationalities would work on their unique proposals. 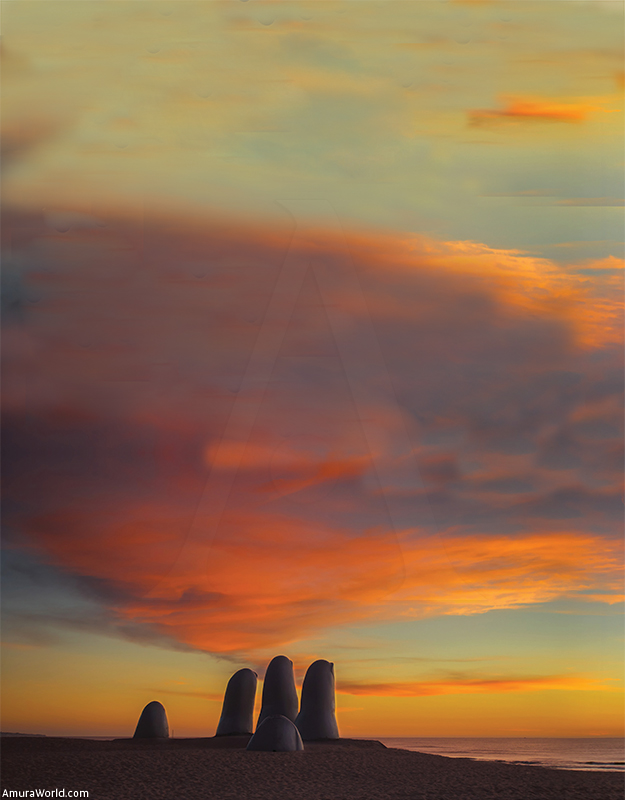 The atmosphere grew tense when the deceased Paraguayan artist, Hernán Jugiari, warned those responsible for the event that he wouldn’t allow his masterpiece, “Seagull Wing” be blocked by Irrazabal’s sculpture which was located next to it. If his demand was to be not answered, he would return back to his hometown in Asuncion, withdrawing from the contest.  To avoid things getting worse, Irarrázabal told the organizers he would move his sculpture to the beach, outside the Parque de las Americas perimeter. His decision would give him success. Up to this day, his artwork has evolved into an icon of Punta del Este.

When Mario Irrazábal is asked about the satisfactions his sculpture has given, he simply replies:

“One thing is what we, as artists want. Another is how people react. It is something we cannot control. For me, this hand was made by the people. I am interested in how they see it, how they enjoy it. The important thing is that one cannot close it’s meaning, everyone should see whatever they want in it”.