Zoroastro and the wisdom of creation 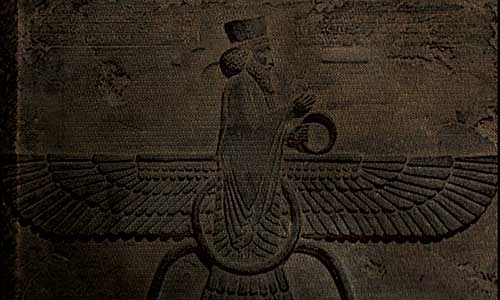 “Happiness is the inheritance of those who work for the happiness of others.”
Zarathustra

He was the great informer of religious beliefs in Persia. Although his birthday is celebrated on the 21st of March--as part of the Persian New Year celebrations--his life and death remain a mystery. The same can be said regarding his birth, although it’s possible that he may have been born in the following countries: Azerbaijan, Iran, Afghanistan, or Khajastan. Most historians agree that he lived during the 6th century b.C., and was a contemporary of Pythagoras and Thales of Miletus; of the Greek dramatist Tepsis, and of Confucius, Lao Tse, Buddha, and Mahavira as far as religious figures go. It is believed that he died when he was 77 years old, considered an initiatory age. 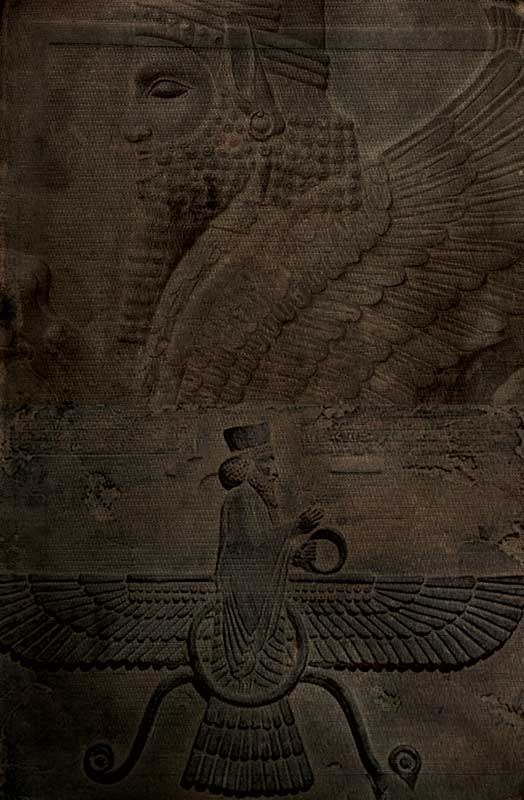 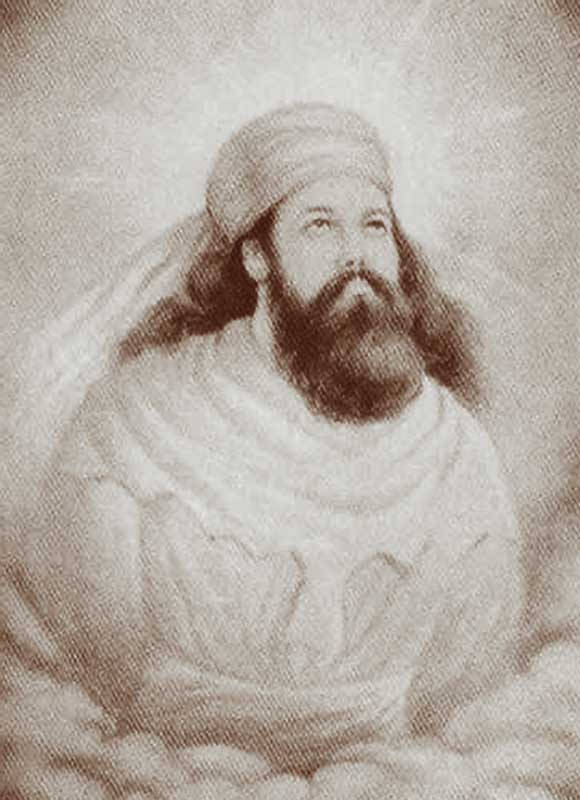 The master of Mazdaism: Zoroaster. 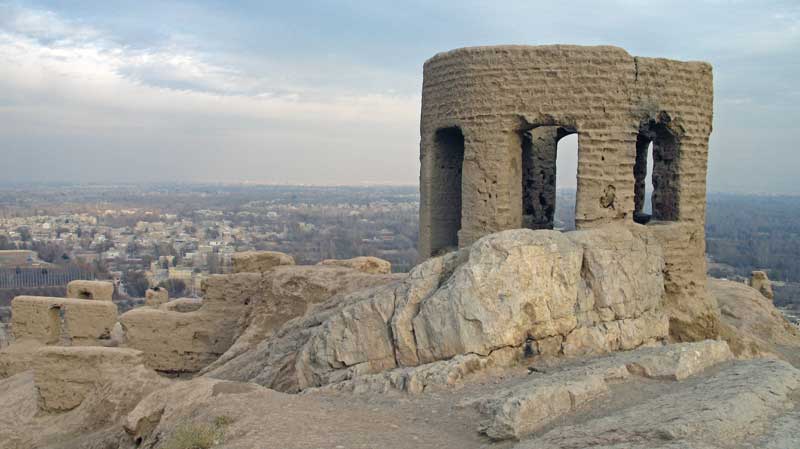 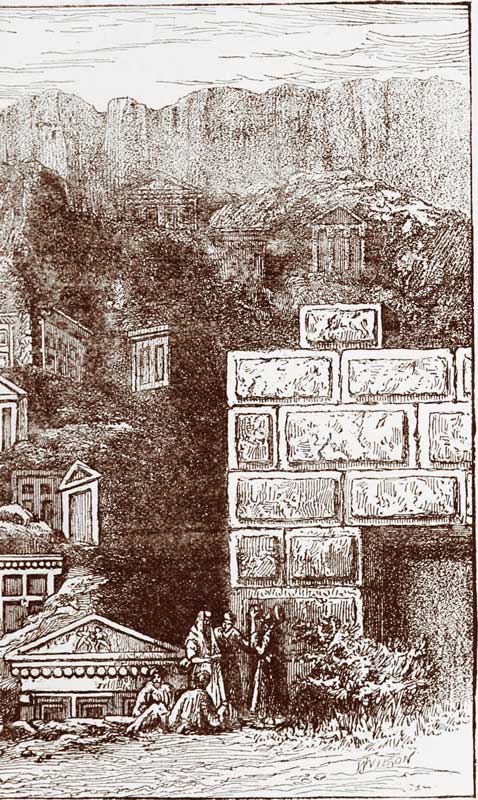 Disciples of Zoroaster in Ninevehe, an important Assyrian city.

Legend has it that he was born with a broad smile, and as such, was recognized as a special boy who was to undertake a mission. During his youth, he had visions of the “genuine truth,” and, after living for some time as ascetic, he began to preach about Mazdaism, or Zoroastrianism, which spread rapidly and would later go on to influence Judaism and Christianity. Some of the traits these three share may sound familiar: the struggle between good and evil, the existence of angels and the divine, protective beings of the anointed, resurrection, amongst others.

Different theories maintain that this was not a single person but a series of Teachers, passing along the same name from generation to generation. The first Zoroaster, then, would have lived 1,000 years before the Trojan War, according to Pliny the Elder (writer, scientist, naturalist, and Roman soldier). According to the Parsis--practitioners of Zoroastrianism--the second Zarathustra lived during the 4th century b.C., and the third during the 6th century b.C.; this last being who prophesied and fulfilled his teachings, and which are currently followed by the Indian Parsis and Iranian Zoroastrians. 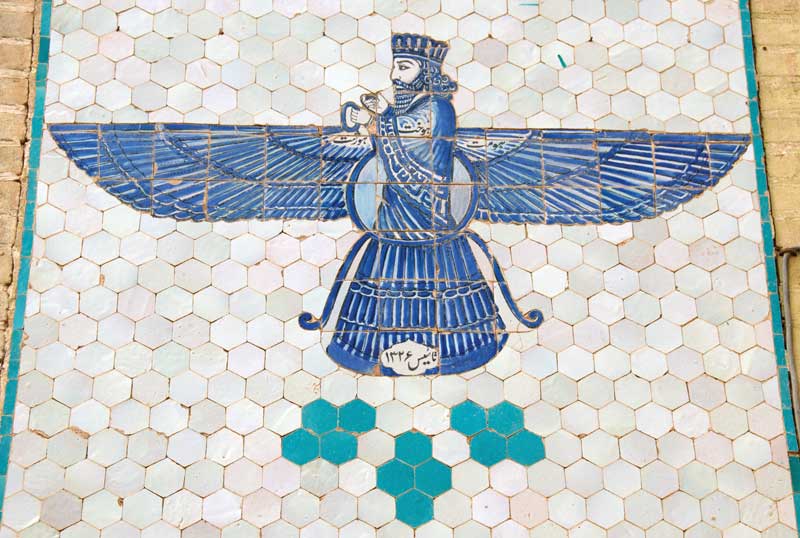 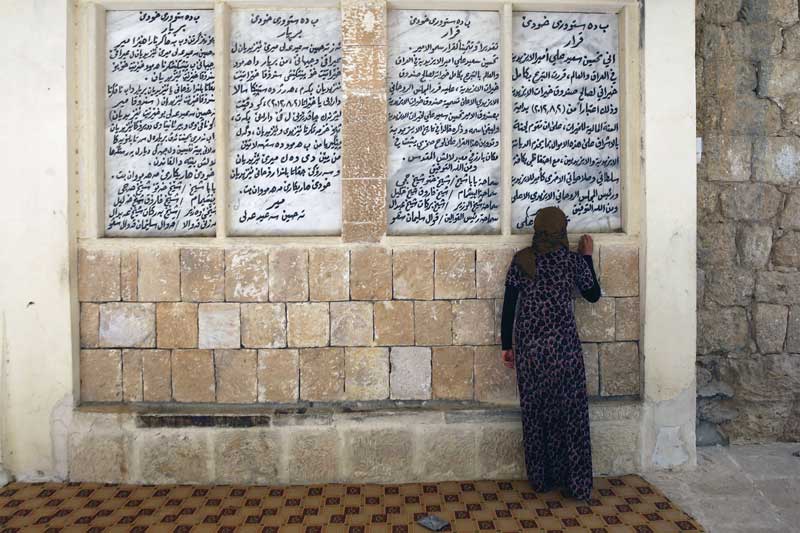 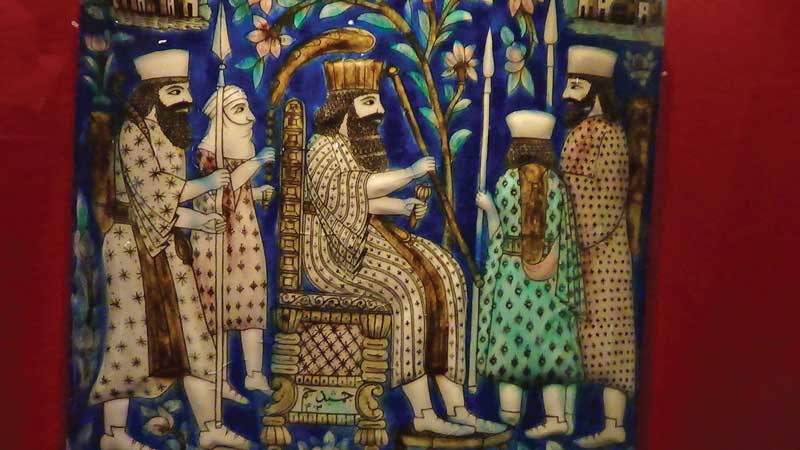 Zoroastrianism is an alternative religion of Islam. 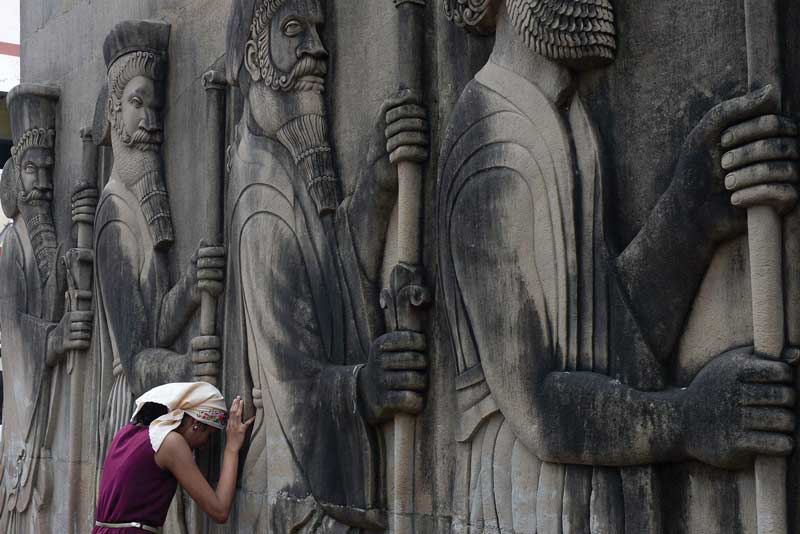 Zoroastrianism was orally taught for centuries. The most important texts are the Gathas, although only The Avesta has survived to our day and age. The entirety of his teachings were composed of 21 books. It was said that the first to write them down was a Persian prince living the time of the Sassanid Empire (the second Persian empire during the fourth Iranian dynasty). The 12,000 animals skins embroidered in gold were destroyed by Alexander the Great, as he considered them heresy.

In the Azerbaijani territory, there exist numerous temples of fire that show the adoration and presence of Zoroastrianism. In the collective philosophy of the people, it is an indispensable presence. 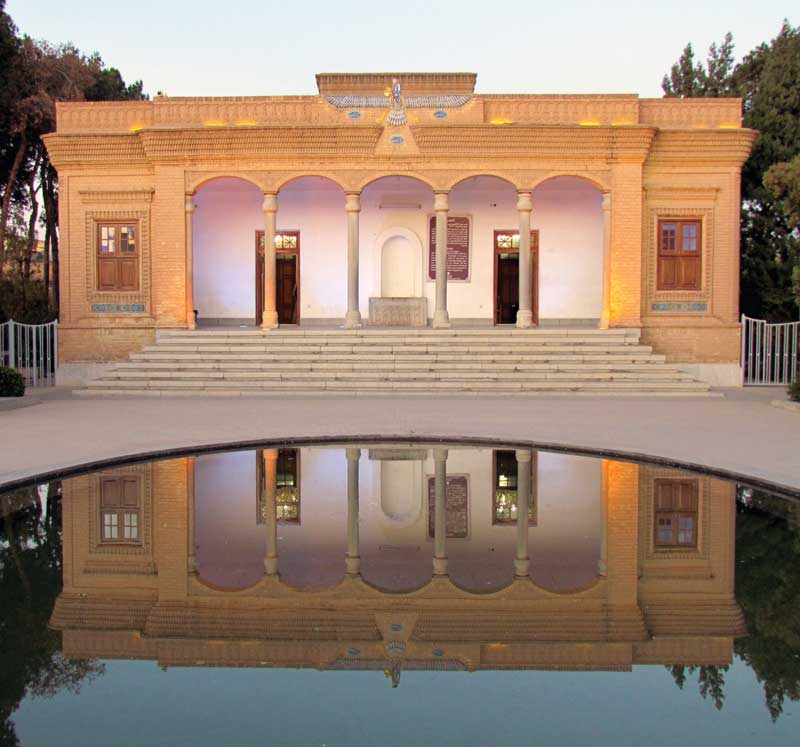 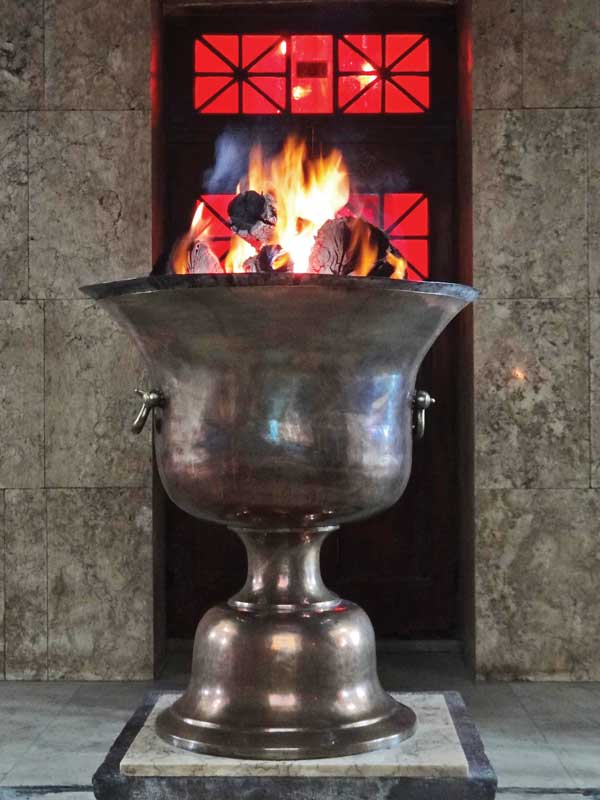 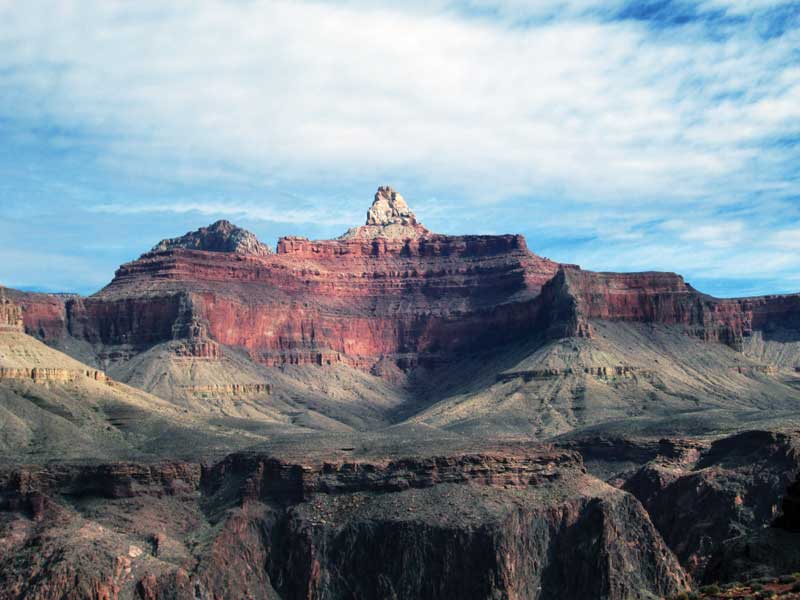 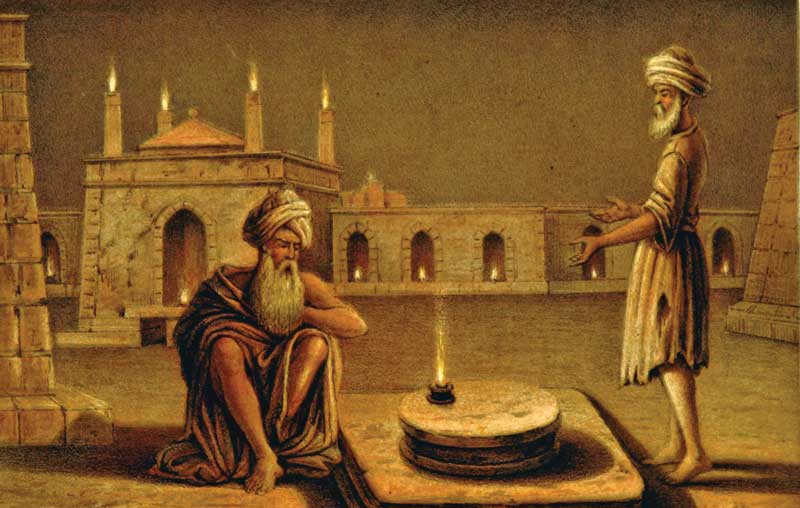 Followers of Mazdaism were named Parsis, as they came from Persia. They emigrated to India when Islam began to take hold in the region. They also made their way to Iran. These are small, yet powerful communities that are bonded by strong traditions. They live according to the following precepts: equality for all, respect for all forms of life, rejection of cruelty and animal sacrifice, social charity, work ethic, loyalty and fidelity to one’s own, one’s family, society, the country, and the world.

Their spiritual influence are still present in the human thought, and its connection with a source of light and consciousness. Jules Verne described the Parsis in his novel “Around the World in 80 Days,” published in 1873. The new day celebration, or “novruz,” is linked to Zoroastrianism. The celebration takes place in various conutires, and it is a moment of reconciliation, the renovation of the spirit, and of nature. Zoroaster was praised by Friedrich Nietzsche in his most important book: “Thus Spoke Zarathustra” in which he describes and imaginary and enigmatic version of the historical figure. O

“There is in me somthing immune, something inhuman, insurgent: my will. Mute and unalterable, she transcends the years.”
(Thus Spoke Zarathustra, Friedrich Wilhelm Nietzsche) 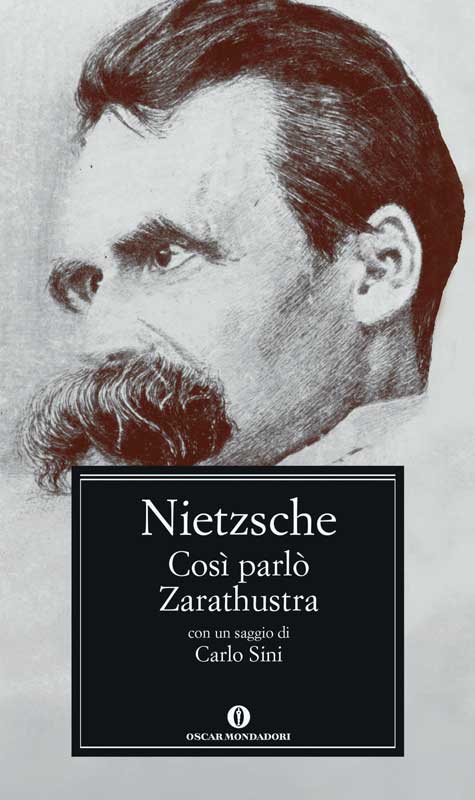