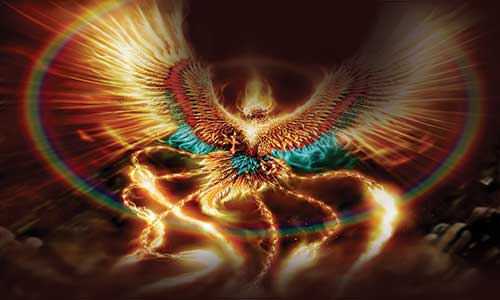 “(...) that the soul is scorching in the fire and flame of love, to such degree that it appears to consume inside that flame, and forces it to come out of itself, to restore itself and transcend to a new state of being, like the phoenix, who burns and is reborn again.”
John of the Cross, Spiritual Canticle

Myths continue to function as a way to explain, comprehend and to feel life, while deceivingly keeping a distance from reason. They are a narrative projection full of illusion and sensibility. Greek mythology is the epitome of the genre, which was fully developed in the 7th century B.C. Some of the most important literary works from this period are Hesiod’s Theogony, and Homer’s Iliad and the Odyssey, both of which are rooted in the primitive religious beliefs of the people of Crete (3000 a.C), who were able to maintain an extraordinary tradition that was later adopted and practiced by the Romans, inspiring new literature, philosophy, and art throughout history and to this day. The ancient myths and recent creations are part of an endless universe of mythological creatures.

Fantastical and magical animals are often hybrids—a combination of two or more animals, or a human being. They prevail in the collective imagination of numerous civilizations, many of which have attributed them with traits that could be interpreted as a projection of human nature (many times they can be altered and still be understood by people). They are characterized as having extraordinary qualities and gifts acquired directly from the gods, capable of confronting and defeating the colossal forces of nature. 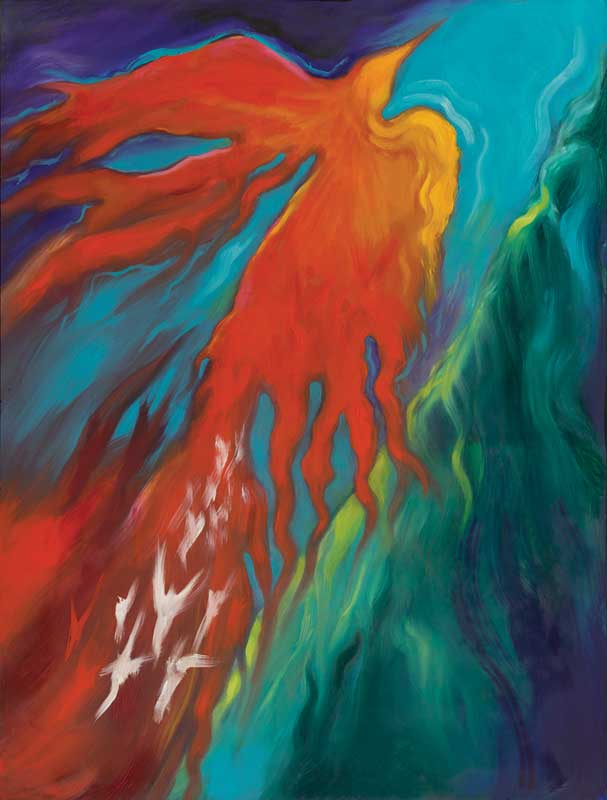 Rebirth and hope are its attributes. 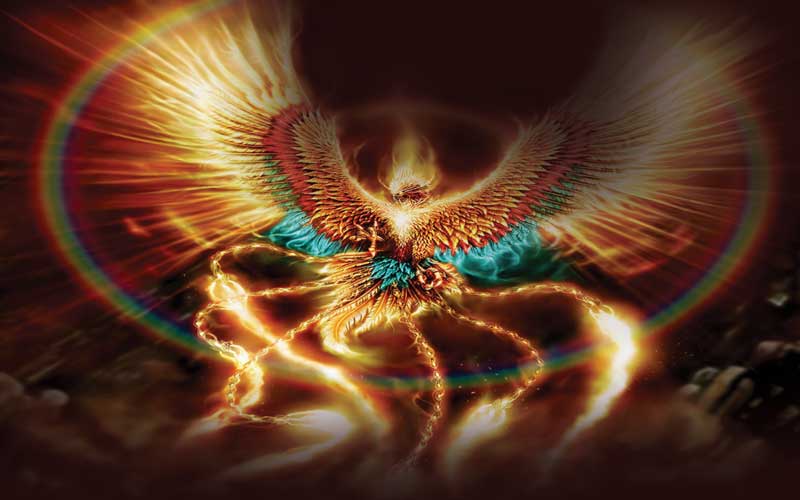 Rebirth and hope are its attributes.

The presence of the phoenix is frequent in many oriental and western civilizations, all of which describe it similarly: a magnificent bird with an eagle-like appearance whose feathers resemble the color of fire.  As it approaches death, it prepares a funeral pyre with aromatic plants and incense, and sings a beautiful song while it is consumed by its own flames until it is reduced to ashes. It is then reborn: a new beginning that will last approximately 500 years.

The phoenix is a pure being, incorruptible, associated to the sun. It only feeds from drops of incense and is incapable of causing harm. Its tears and songs have healing properties; the powers of fire, of purification and immortality dominate its physical and spiritual body. It is the embodiment of ascension, of flight—the triumph over deficiencies and frailties. It is an allegory of life, of hope, of our desire to transcend limits, to achieve even higher goals because life is a continuous and transformative journey.

The Greeks named it Phoenicoperus, which means “red wings.” During the reign of the Kapodistrias (1828 - 1832), Greece adopted the image of the Phoenix as a symbol of rebirth and also as a national symbol during the Third Hellenic Republic, proclaimed in 1973 - 1974. 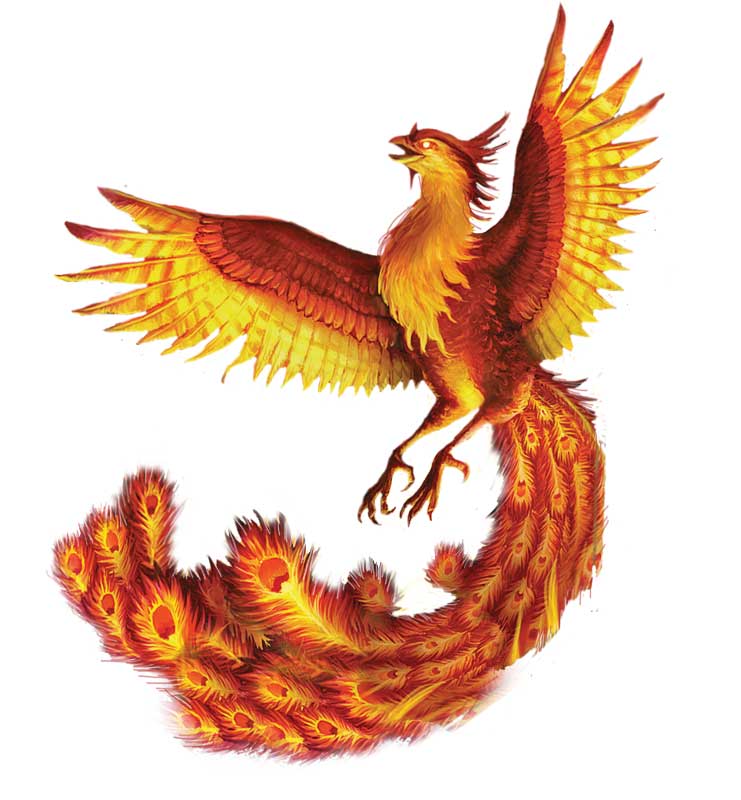 “The Phoenix could be a mirror or an image of the universe. A broader analogy would be the Stoics, who taught that the universe dies on fire and is reborn on fire, and that this process will have no end and had no beginning.”
Jorge Luis Borges

We live as we self-renovate.
Henry F. Amiel 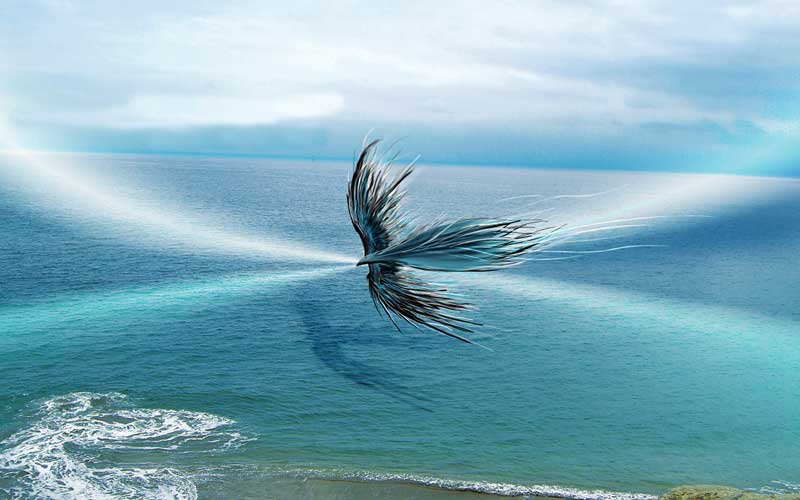 The phoenix has been recreated in different cultures

In Egypt, it is known as Bennu, and it is associated to the growth of the Nile, death, the sun, creation and renovation. For China it is Feng-Huang, and it symbolizes peace, prosperity, and the union of the ying and the yang. The Phoenix meant chastity and temperance for pagans. For Christians it meant resurrection, creation, and renovation. It is believed that it came from the deserts of Libya and Ethiopia. Some writers even identify it with the Quetzal, from the Americas, and with the Mexican god Quetzalcoatl.

Those who have written about the Phoenix include: Herodotus (484 a.c) in his nine-volume work History, II.; Ovid (43 a.C.) in the Metamorphosis; Pliny the Elder (23 d.C) as part of his encyclopedia Natural History; Clement of Rome included it in his Epistle to the Corinthians (XXV); Lucian (242 d.C) in his poem Of the Phoenix; Dante Alighieri (1265) in “Canto XXIV” of The Divine Comedy; Petrarch (1304) in the Canzoniere; Saint Teresa of Avila (1515) in the Moradas Sextas, chapter IV; Saint Paul (8 d.C.) Corinthians 3:13-15; Hans Christian Andersen (1800) in his work The Phoenix; J.L. Borges (1899) in The Book of Imaginary Beings. Hundreds of references to this fantastical animal can be found in artistic works that range from sculpture to music, theater, and film. It is portrayed as a mindful being, as the pet of Albus Dumbledore in the literary and film saga of Harry Potter, where a phoenix’s feather is the core of the protagonist’s powerful wand. There is no doubt that this creature’s mark of hope will continue to be reborn in humanity’s fancy. 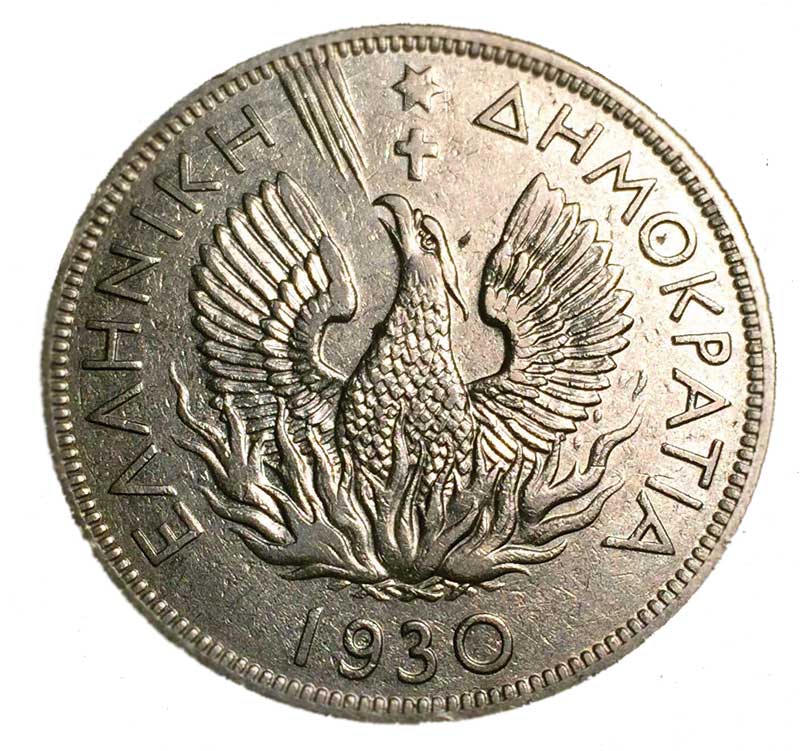 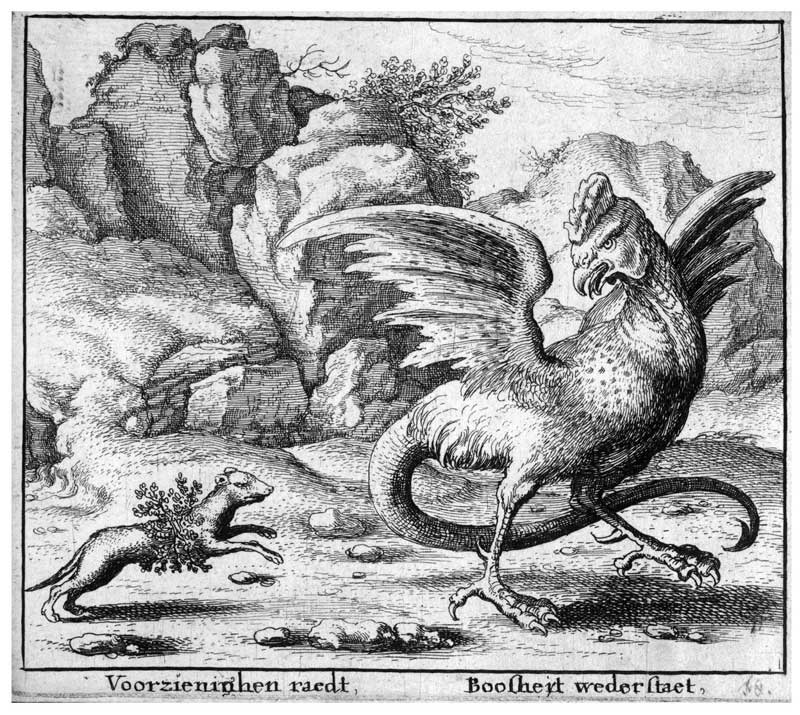 In Egypt its name is Bennu. 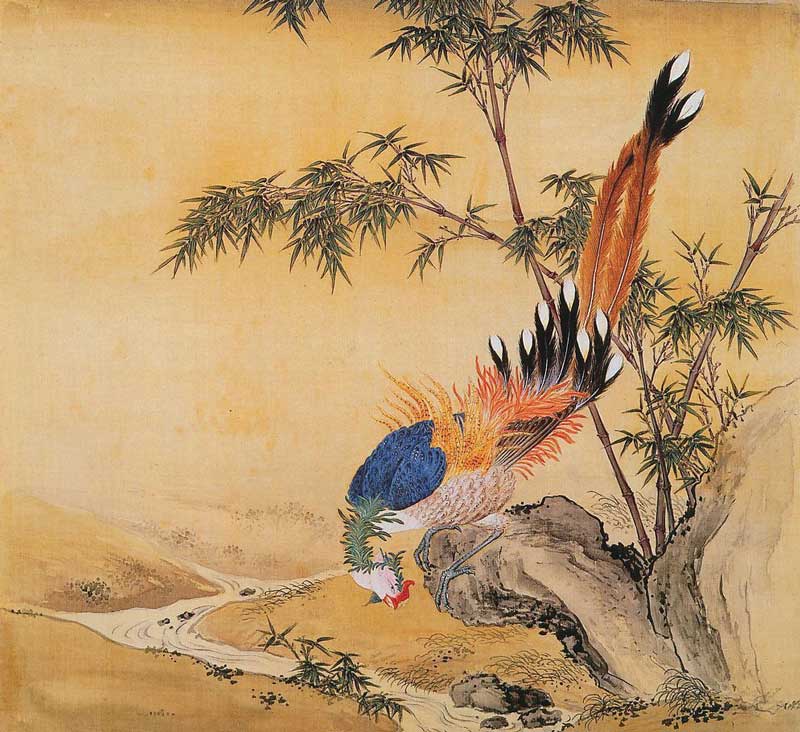 According to Chinese mythology, Huang Feng, along with the dragon, the li and the turtle created the world and now governs the heavens.