Greece: The cradle of thought 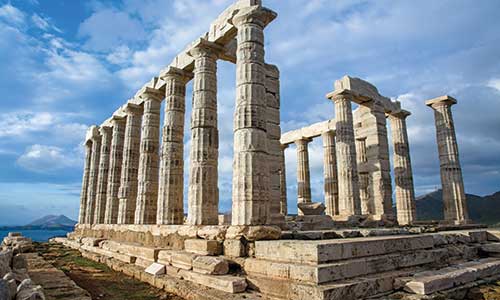 We know that no culture is ever born by spontaneous combustion; it is nurtured by the wisdom of the surrounding civilizations. But the Greek community is special because they not only borrowed neighboring practices, but cleverly capitalized that knowledge to develop their own intuitions and wisdom to create the most splendid civilization in the Classical period.

However, this is not something that remains only as a beautiful relic; it is still alive among us. It had a great impact on language, thought, art, architecture, in our sense of beauty and moral values, and that is something that prevails in daily life because it has shaped our civilization. 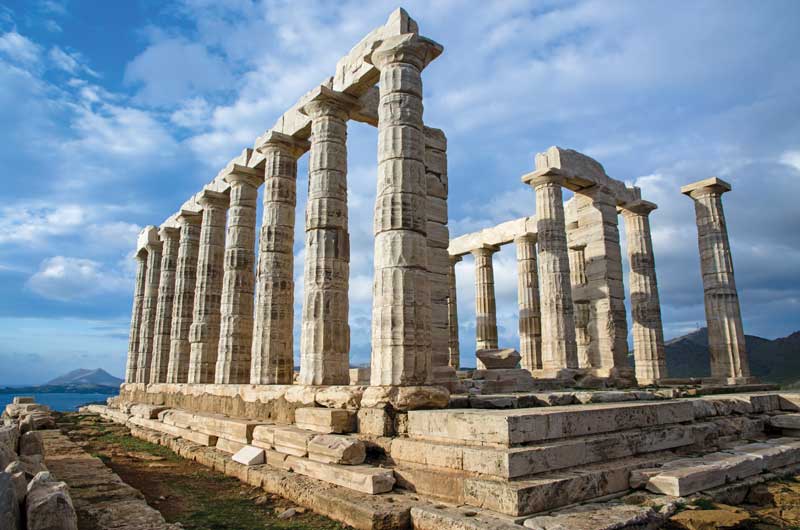 Temple of Poseidon at Cape Sounion.

Protagoras said that, “Man is the measure of all things,” and we can consider this aphorism the beginning of human value as was implemented by Greece, and which constitutes one of the primary traits of Western culture.

In ancient times, Greeks had astonishing results researching nature, astronomical phenomena and the human condition, and they vastly contributed in geometry, mathematics, astronomy, literature, etc., laying the foundation for the development of the sciences and arts. They still are mandatory subjects in many fields. 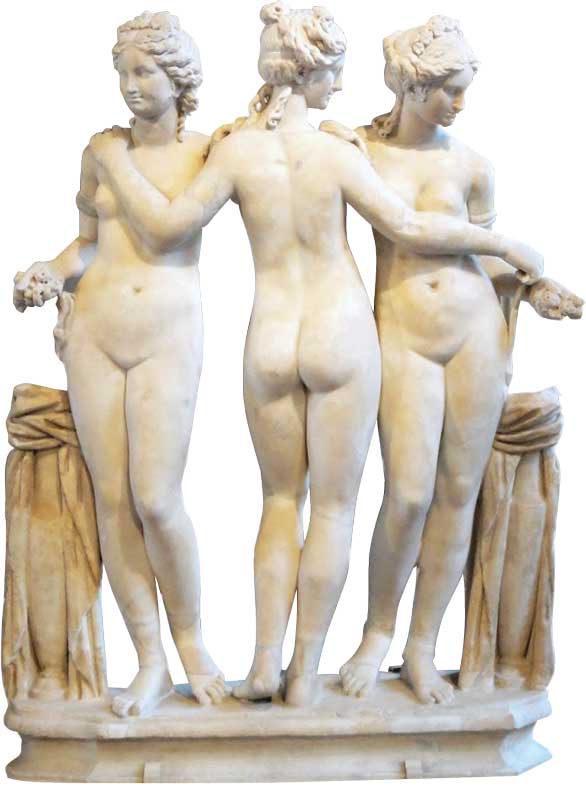 The Three Graces at the Louvre Museum.

The Sands of Homer

In terms of literature, we all know Homer is the forefather of Western literature. Through his work, the Iliad and the Odyssey, and his characters, Greeks were taught a series of values that were part of the collective idiosyncrasy: the courage of the warrior, glory, along with honor, fame, and immortality—worth any sacrifice and even the most tragic endings—but also values like loyalty, honesty, friendship, love of nature y worshipping of the gods.

Mythology and religious rituals merged and created one of the greatest Greek contributions to humanity: theater. Split between tragedy and comedy, it was also fundamental for education. Presenting a tragedy was almost a sacred event; the occasion lasted all day, from sunup to twilight; three tragedies were presented and concluded with a comedy.

Aristotle said tragedy must awaken fear and compassion within him in response to the moral catastrophe he was witnessing—a catastrophe caused by hubris, the sacrilegious pride of the tragic hero, who, despite being gifted with great qualities, possessed that one flaw, and paired with adversity, caused his destruction. Tragedies provided good lessons because they were generally well-known stories among spectators. This fact turned the latter into acute critics; if staging of the show, acting skills or dialogue wasn’t to their liking, the crowd would boo and complain.

After presenting the three tragedies, the final comedy was meant to lighten the mood of the audience because it triggered sharp social and political criticism. Theater, along with democracy, originated in Athens and peaked in the fifth century BC with statesman Pericles. 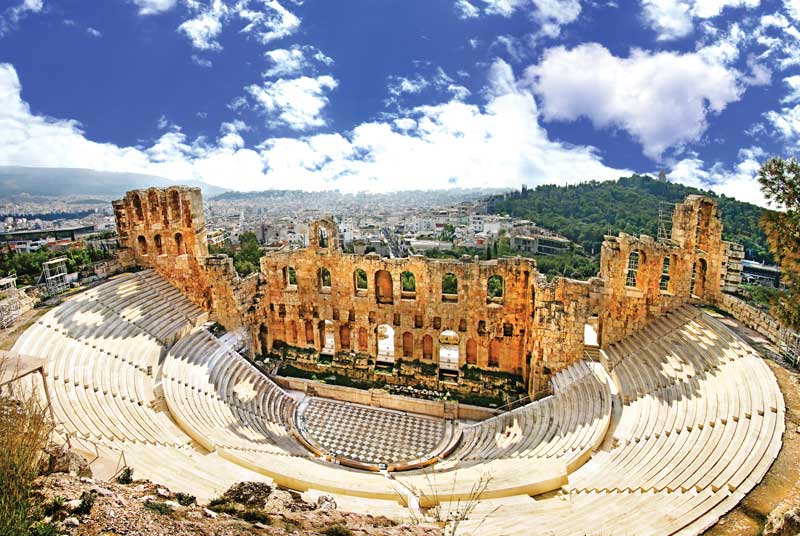 Odeon of Herodes Atticus, ancient theater in the Acropolis of Athens, Greece. 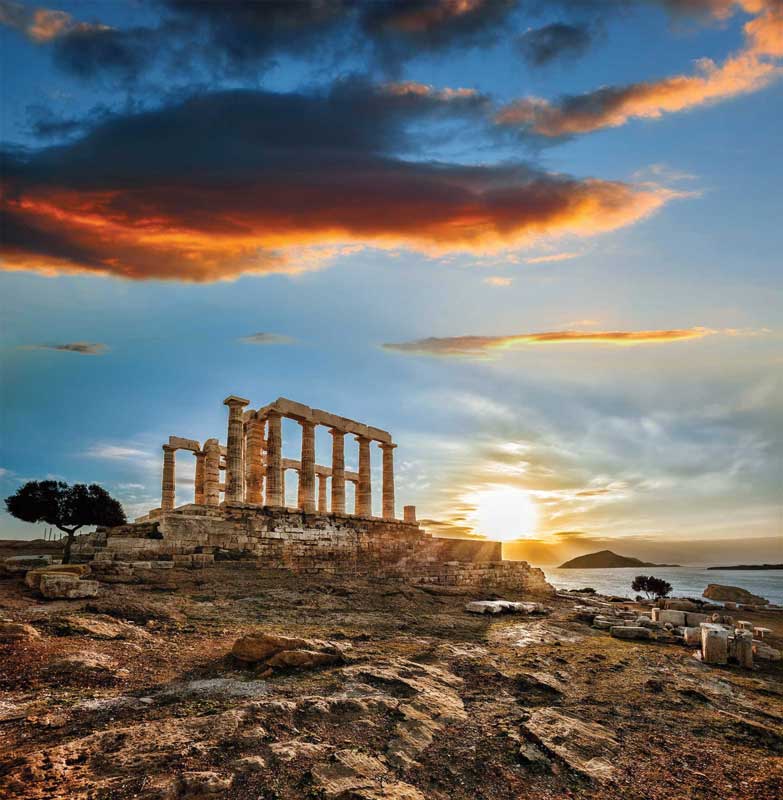 Temple of Poseidon at Cape Sounion.

One Fate Marked by the Sea

The sea is crucial in Greek history. Its mountainous geography surrounded by ocean inspired many explorations across the Aegean. The sea has many islands and a short distance between them, which was ideal for commerce and cultural exchange. It was probably during one of those exchanges, around the ninth century BC, presumably in Rhodes, that the Phoenician alphabet was adopted. But the sea explorations also reached beyond the limits of the Aegean, and some people immigrated and founded Greek colonies in the south of Italy. It was called Magna Greacia, located in Sicily, Marseille, some Spanish coasts and the northern coasts of Turkey.

However, they could not trust their memory to make these ambitious journeys; they had to draw sea routes. With this purpose, Anaximander conceived the idea of the first map ever recorded. Navigation also prompted the exchange of different tools, like cups, urns and other products crafted in ceramic, decorated with artistic motifs of unique beauty, portraying mythology, the sea, or daily life.

Weather is important for Greek history as well; during summer, doors are opened, people step outside to the squares, stroll by the beach and communicate. These circumstances contributed to an active social life and, consequently, equality. It paved the way for democracy and a philosophical spirit due to the high involvement of the citizens in religious festivities, theater and sports competitions. 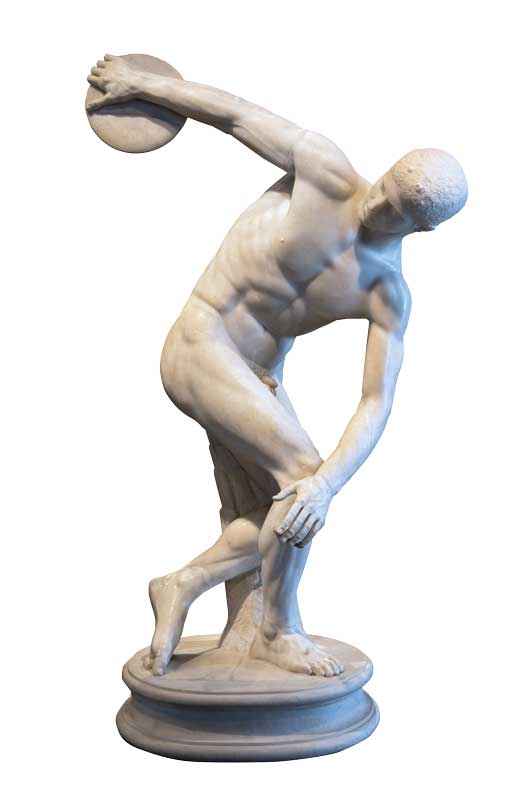 It is no small feat that the Olympic Games originated in Greece almost three thousand years ago. The games were sports competitions that involved all Hellenic states, since they shared language, customs and religion. The fact that the games were recovered in 1894 to become the most important sports event in the world, and which offers an opportunity to form friendly ties between nations, is an extraordinary homage to Greece, the foundation for our culture.

Ancient Greece valued strong, healthy bodies. This is evident in their art, like the sculpture, and often reflects, despite the idealization of the body, the aspiration to reconcile beauty and spiritual serenity. This is also the case in architecture; for instance, the Parthenon—the majestic structure in Doric order, dedicated to the virgin goddess Athena in the Athenian Acropolis. 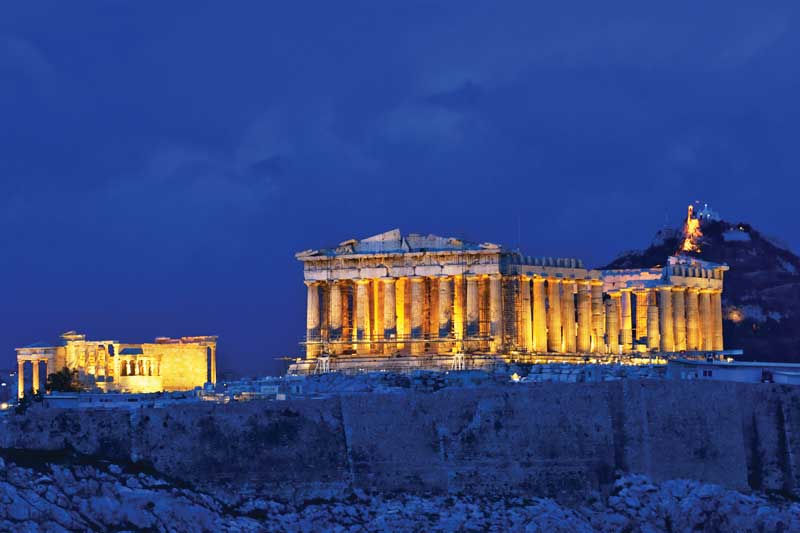 The Parthenon at night on the Athenian Acropolis, Greece.

The Greek mythological figures live on in every aspect of our culture. They have inspired plastic arts, music and literature. They have traversed through medieval times, the Renaissance and modernity to contemporaneity.

Greek characters are so complex that Sigmund Freud has used them as models to create his own psychoanalytical theory. Similarly, Homer is alive in Ulysses by James Joyce, a terrific novel published in 1922, or in Omeros, poem by Derek Walcott, a West Indian writer who won the Nobel Prize. Aeschylus, Sophocles and Euripides, the greatest representatives of tragedy, have been recreated in music, like Oedipus Rex by Stravinsky. In the silver screen, the Iliad continues to be a source of passion and inspiration, such as Michael Cacoyannis’s trilogy: Iphigenia, The Trojan Women and Electra, and, even when it betrays the original source, Hollywood production Troy (2004), starring Brad Pitt as Achilles, the glorified Achaean warrior, to mention a few.

The heritage that Greek culture left behind is truly extraordinary. Because they consider human beings as the center of their philosophical concerns, their values become universal and they transcend time and space, and they only change with the evolution of contemporary society.