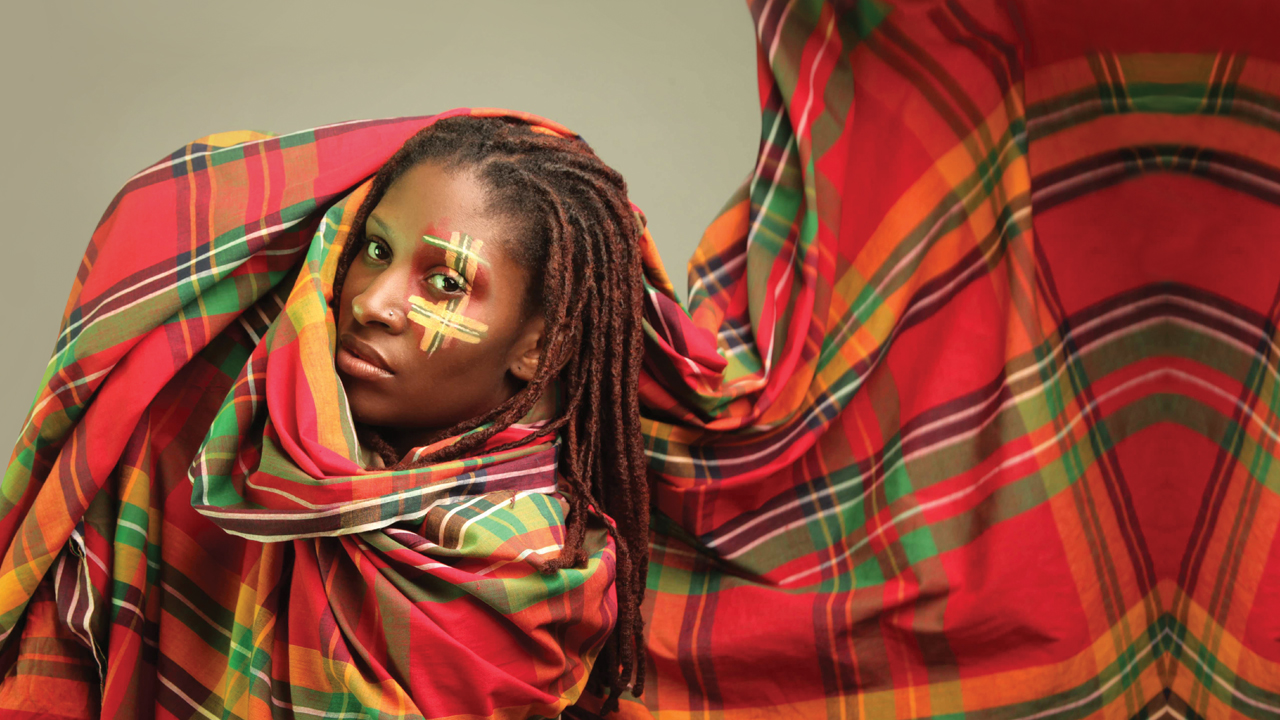 The coming together of worlds, which took place in the Americas 524 years ago, generated an endless series of consequences; among them we can celebrate the forthcoming of different languages and cultures that resulted from the intermixture of diverse nations that converged in the universe called “the Great Caribbean”: Europeans, the wrongly called Indians from the Americas, and Africans gave birth to an unimaginable civilization. 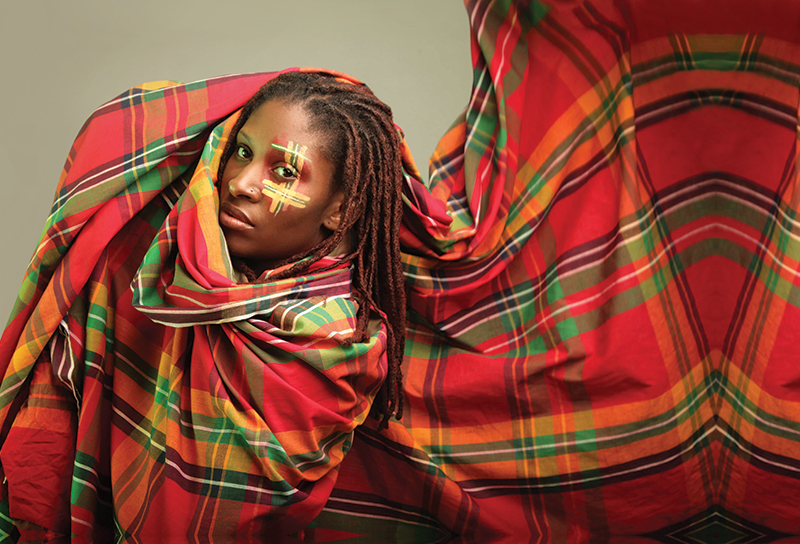 Traditional fabric of the creole culture

New languages that share their roots in the Latin Creare, or “breed,” emerged; in Spanish it’s criollo; in English it’s “creole,” which comes from the French créole; in Portuguese it’s crioulo; in Saint Lucia and Dominica it’s keweyol. The term can be found in manuscripts from 1560 penned by Spanish conquistadors; it was used to describe those who were born in the Americas, offspring of conquistadors and natives, or conquistadors and blacks, and also indigenous people or Africans born after colonization. The most accurate theory explains these languages as means created by vastly different peoples to communicate with each other. One peculiarity is that there are several creole voices, with many differences between them.

The creole culture was formed by artistic, intellectual and spiritual expressions; an intangible region that spans from the Greater and Lesser Antilles, to the continental Caribbean, Mexico, Florida and Louisiana in North America, and all the way to the Empires, where creólite is now equally honored. 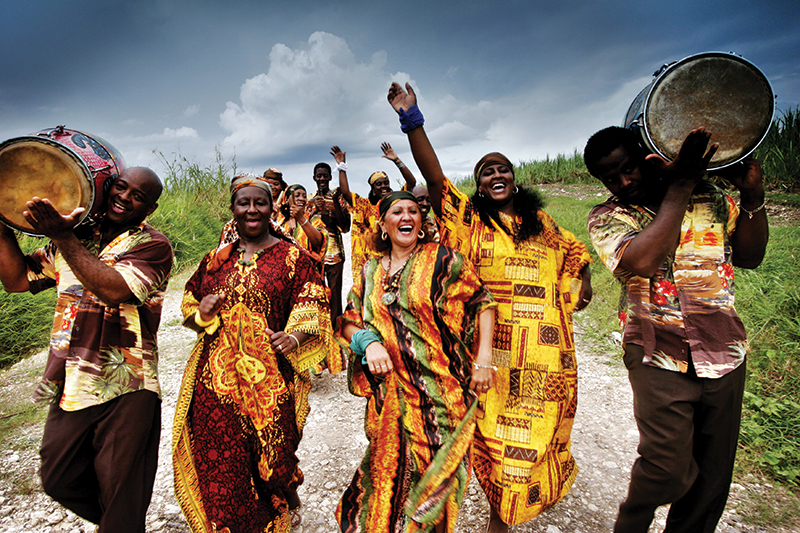 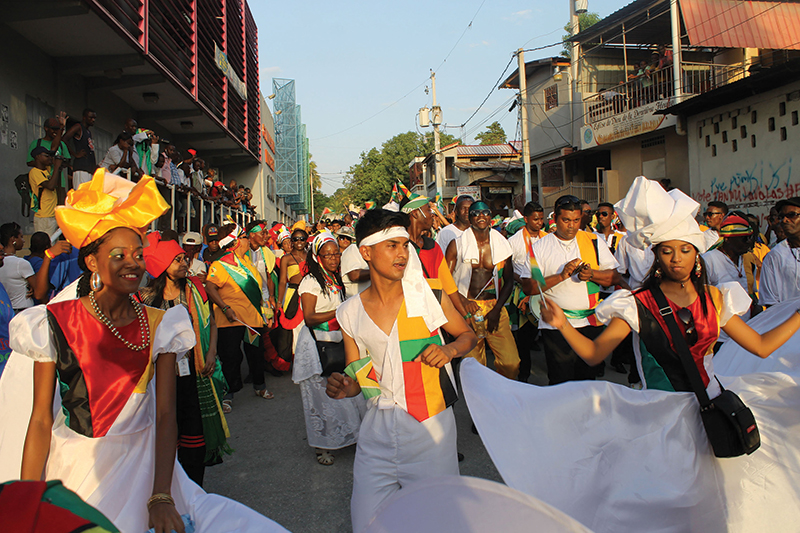 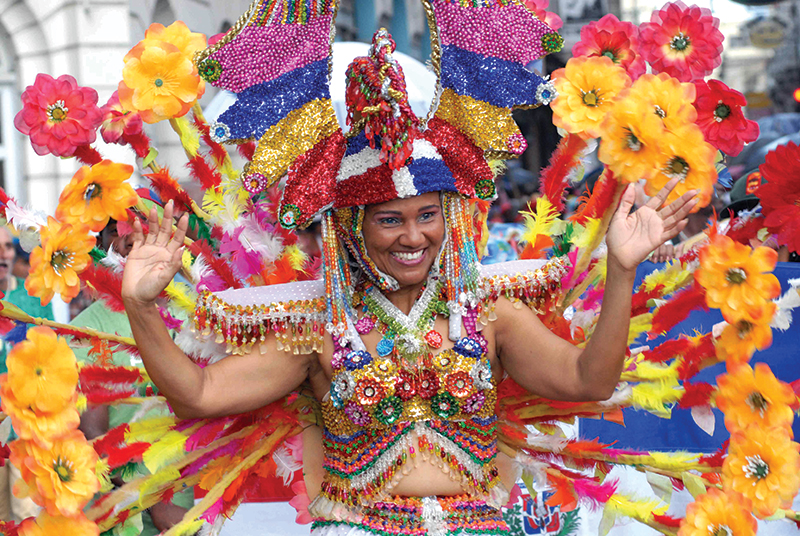 The Fire Festival in Cuba

An example of this is the Caraïbe de la Seine-Saint-Denis festival in France. But there are numerous points of reference to celebrate, explain, debate, and share this heritage that lives on in the metaphors of their Diasporas in relentless miscegenation. A similar process occurred in other oceanic areas: to the west of Africa, India, to the southeast of Asia to Indonesia, Macao, the Philippines, Malaysia and Oceania.

The creole influence manifests itself beyond language in different cultural expressions: dance, music, literature, gastronomy, clothing, plastic arts, traditional medicine, history, philosophical thought and daily life—knowledge that has surged from oral tradition through generations. Fortunately, nowadays it is recognized as a trait of continental pride.

“ The other, the quantifiable totality of all possible differences, is the energy that propels the universal engine.
Edouard Glissantaaa 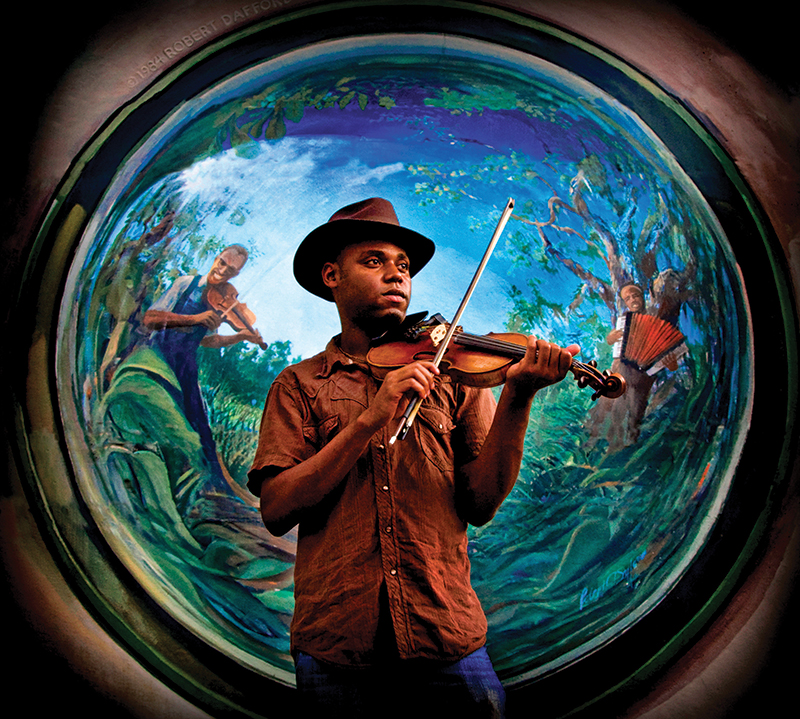 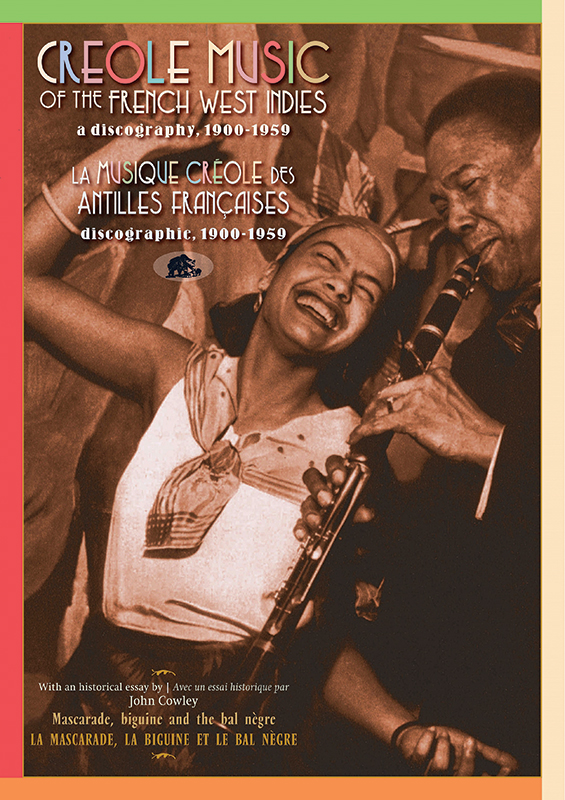 In the 70s, there was a creole “literary resurgence” in the French-speaking islands from the Lesser Antilles; writers like Derek Walcott, Raphaël Confiant and André Pierre-Louis used this language to express themselves. Edouard Glissant wrote about its meaning and history. Denominated the poet of miscegenation, he created the concepts of “creolization” and “whole-world.” Frankétienne (Frank Étienne) was the first writer who published a novel written entirely in Haitian Creole in 1975: Dézafi. These writers rejected the idea of negritude and Europeanism: “both belong to a different logic from creole expression.”

Magical realism, a literary movement inherent to the creole culture, is present in the works of Carlos Fuentes, Alejo Carpentier, José Lezama Lima, Gabriel García Márquez, Emilio Díaz Valcárcel, and others in a long list.

Every aspect of art has been enriched by this fantastical polychromy. Artists with endless imagination: colors, fusions, gastronomy, dancing, joy and singing; this is what we can appreciate of what has now become a tradition. Festivals like Carifesta, which takes place in different countries since the 70s, Festival del Caribe or Fiesta del Fuego in Santiago, Cuba, the Creole United Festival in California, and more. Nowadays, eight million people speak creole around the world. Due to the importance of this language, on October 28, 1979, the International Creole Day was declared; it takes place in all creole-speaking countries and promotes festivals, workshops, contests, seminars, and other numerous activities.

Perhaps their diversity can be better exemplified if we mention the amount of musical genres that has emerged from this wonderful potpourri: Bomba, Calypso, Steel Band Orchestra, Beguine, Reggae, Habanera, Ska, Cha-cha-cha, Palo de Mayo, Vallenato, Porro, Soca, Guaracha, Guajira, Trova, Timba, Son, Conga, Mambo, Bolero, Contradanza, Danzón, Rumba or Salsa and Latin Jazz that first rose in New York, where creole travelers arrived with their bags full of live folklore, ever-changing and rich in culture. It continues to influence new melodies, dreams and anecdotes told in English, French, Spanish, and many others that keep converging and creating new languages. 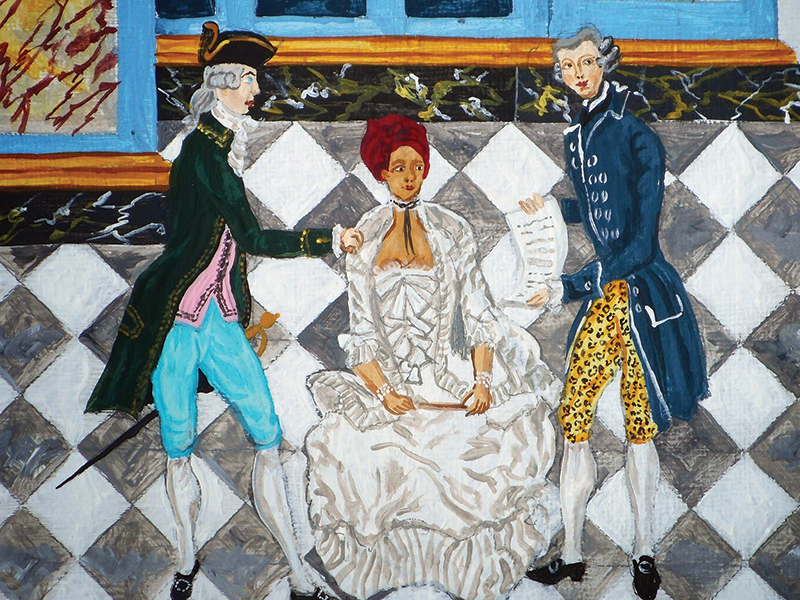 Creole art from the 18th century 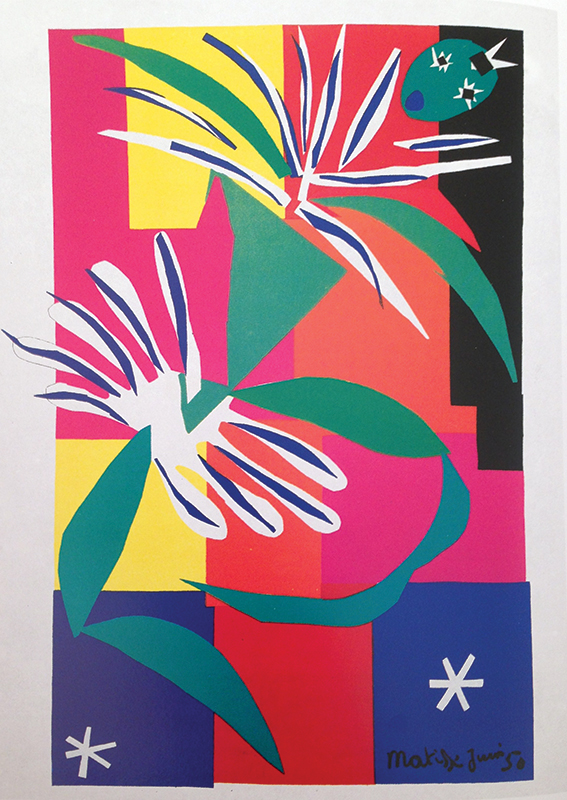 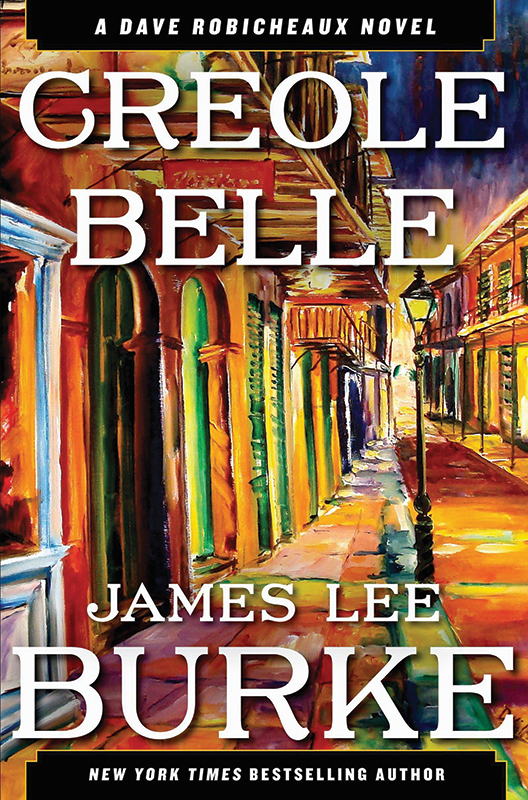