Narratives About the Origins 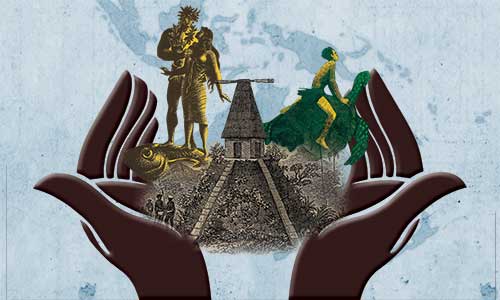 The first receptacle of memory is the imagination. To protect it from oblivion, human beings began replicating the voices of nature, naming each thing in their environment—and also within themselves—creating voices until they shaped their own language. The first families knew that the only safe way to preserve their lineage of wisdom was to have their descendants learn, remember and pass along their knowledge.

This is how stories full of magic have reached modern times—stories where the protagonists are gods, creation, an endless universe of fantastical creatures, powers hidden in the wind, in the core of Earth or the immeasurable seas. Each narration is foundational and attributes character to the identity of its bearer. Imagination is as powerful as the forces that originated the world and humankind.

As Fijians did not have a written language, leaders memorized intricate genealogical charts and the evolution of their history, which is why there are no other records—besides oral tradition—to get acquainted with their customs. Could it be that the symbols used in Lapita pottery were letters or words? No one knows for sure; there isn’t a concrete conclusion regarding their meaning. 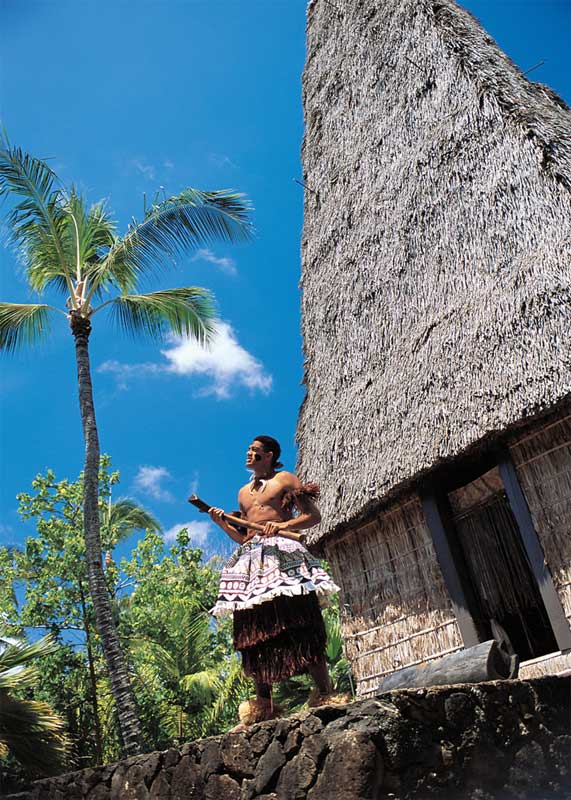 In Fiji, traditional beliefs are also shared in ceremonies with the language of dancing and music, among other artistic expressions. On these islands, the Tabu (in Melanesyan it is called Tambu) laws are in force, present in different manifestations. A tabu is that which is magically forbidden: a place, a person, animals, plants, or even circumstances such as the weather, dates, planetary movements, etc. The power or curse involving these elements would attract inconceivable misfortune to the person that came in contact with them; however, to certain individuals with a hierarchy obtained through virtues, magical protection, birth benefits, among others, said contact would give them respect, dominion, religious power and supernatural qualities. 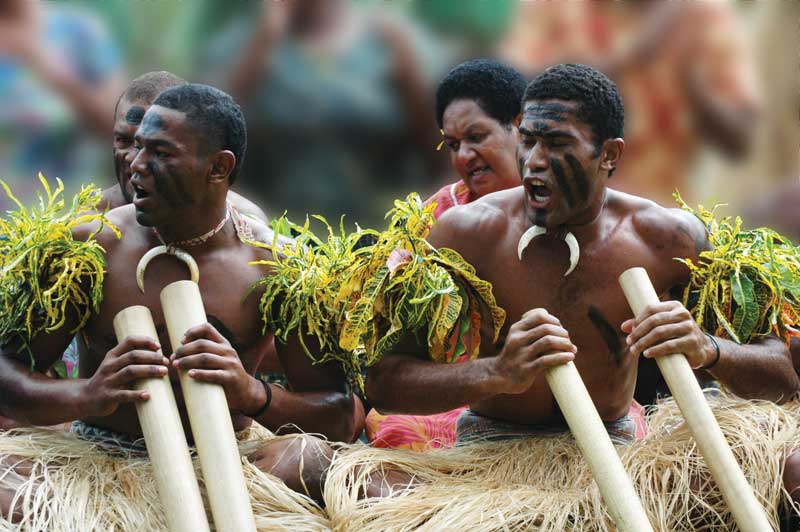 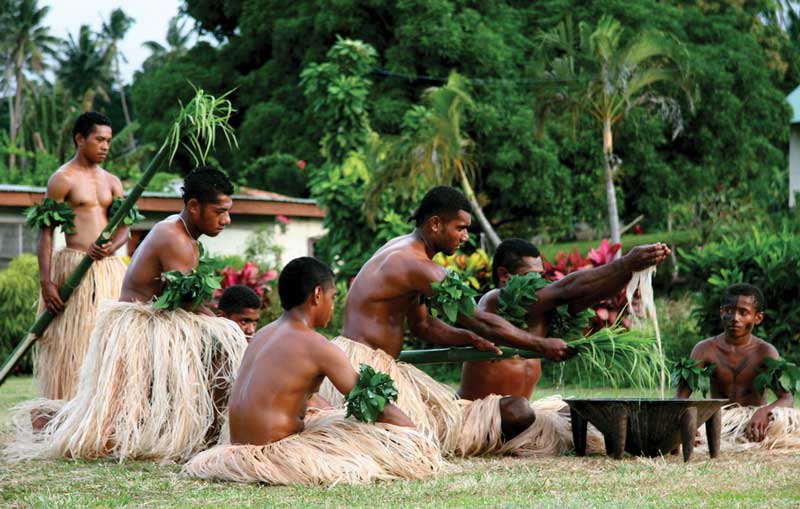 Another magical figure that is fundamental in its cosmogony is the totem. They are generally represented by animals, trees or other objects of power; they can be protectors, and bring blessings for the inhabitants of the communities. They could be considered as an alternate being, linked to each person from birth. In Mexico, this is known as nagual.

The Kai Viti, as the people of Fiji call themselves, is comprised by numerous narrators who, even nowadays, explain that many phenomena were caused by supernatural and divine forces; thus, there are gods who must be summoned to ensure favorable climatic conditions, to sail freely or to collect a good harvest, overcome any difficulty, enjoy good health, plus a good marriage and descendants. The ancient gods and the spirit of the ancestors are worshiped in the same way.

In ancient times, the best known and most worshiped god was Degei, who originated in the Kauvadra mountain range—the most culturally rich region in Fiji. Degei is recognized as the protector of its native inhabitants, and at the same time, their venerable ancestor. Degei is described as a serpent, who incarnates as a symbol of good, contradicting many other mythologies.

Wood or stone statues represent some of their significant gods, totem, and the characters of their legends.

Wood or stone statues represent some of their significant gods, totem, and the characters of their legends.

Ancient wood sculpture at the National Museum of Fiji.

There are plenty of versions of the myth of creation. The most narrated legend states that at the beginning, when there was only water and obscurity, only the island of gods floated around the edge of the world. When the creator god was asleep, nighttime befell; if Degei was traversing the globe, earthquakes shook the earth and storms broke lose, and when he woke up, daytime would come. The popular belief is that the god Degei is still alive and dwells in a cave in the Nakauvadra mountain range in Viti Levu.

Other legends include the one dedicated to the Tagimoucia flower, which was created from the tears of a princess whose love was thwarted by her parents’ disapproval; or the one about Rokouka, son of Degei, as the one who created the Fiji Islands, recovering them from the bottom of the sea. Additionally, there are tales narrating the adventures of the god Dakuwaqa, the sacred shark, and the one that describes the way in which the revered turtles of Namuana were created, plus many others. According to research carried out by missionary Jesse Carey in 1865, which is preserved in the Sidney Library, in Australia, Fijians then worshiped more than 300 gods and heroes,

each of them with myths of their own. 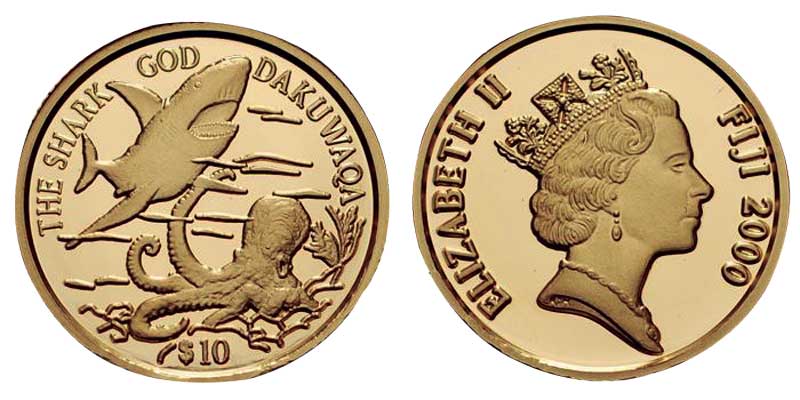 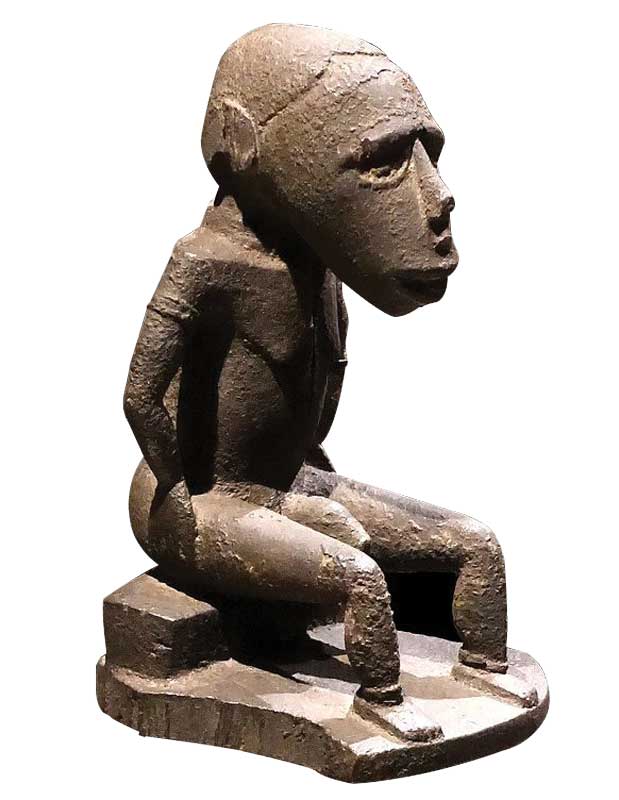 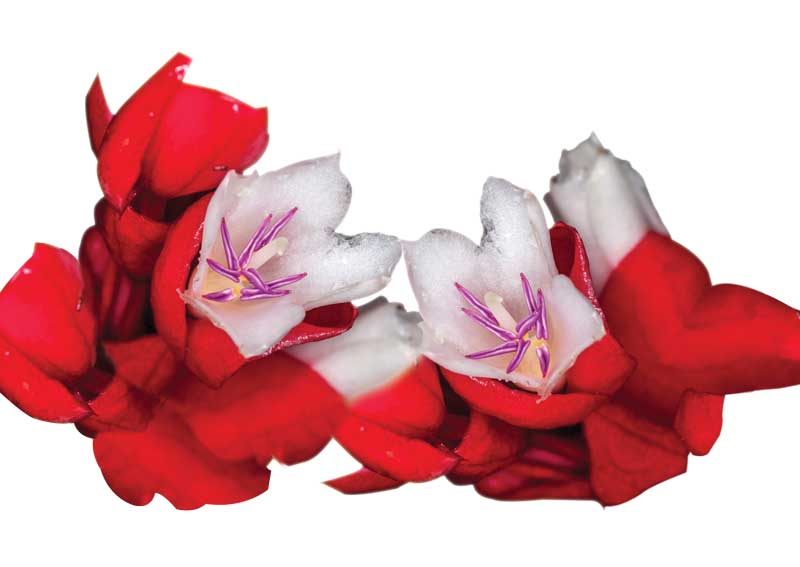 The beautiful and rare Tagimoucia flower (medinilla waterhousei) grows nowhere else in the world, only in the mountains of Taveuni Island.

Priests and healers were (and still are) mediators between gods and men. The first settlers believed in a future life and a terrestrial home for the soul after death. Many of the inhabitants thought themselves as autochthonous, and the memory of past migrations was forgotten.

The Native Lands Commission in Fiji says that each hero or precursor founded a yavusa (a tribe) with the direct descendants of one “Kalou-vu” or ancestor god. This founder was invariably deified after death, worshiped by their heirs as a god in a burekalou (temple) that was built for prayers, ruled by successor priests. Their spirits lived in the bodies of live creatures that were to be feared, worshiped and respected by everyone in the tribe from then on. Fijians’ lives continue to abide by rituals and ceremonies, and strict obedience of ancestral practices, with rooted magical beliefs about life. 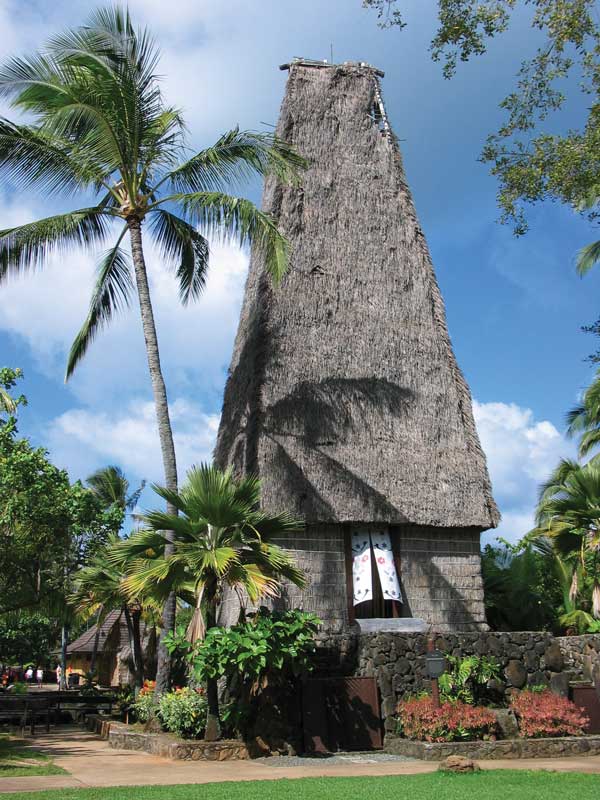 A Burekalou is a temple, a spiritual house built in memory of the ancestors in traditional villages.