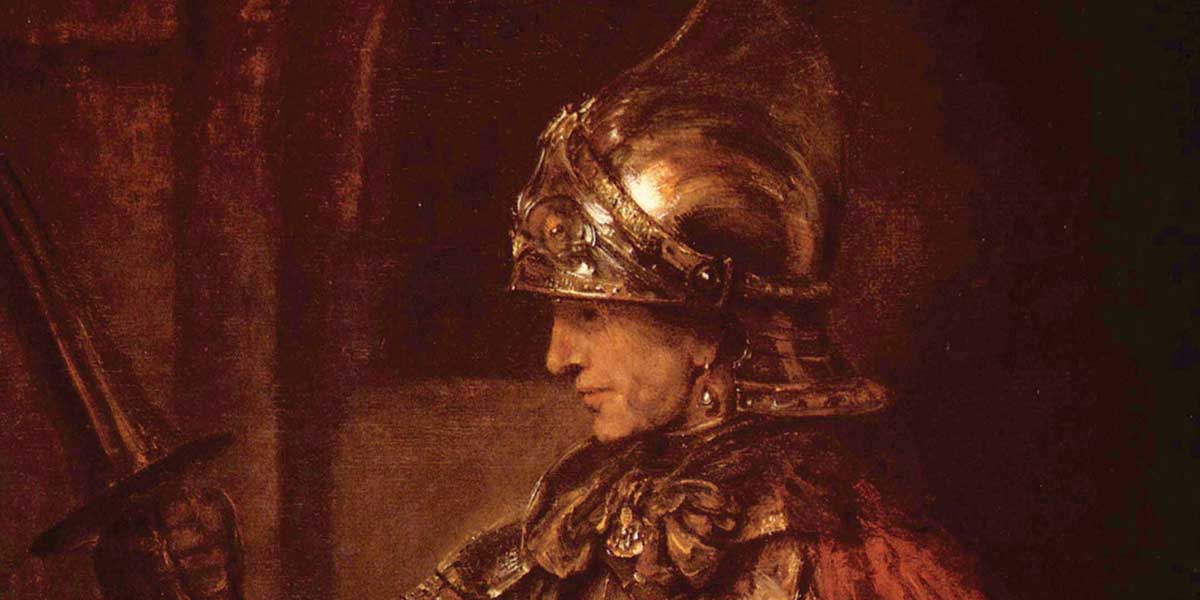 Throughout history, Cappadocia has been recognized as a central area of power struggles of various civilizations and cultures, as well as a crossing point from north to south and east to west.

“The heroes who shed their blood and lost their lives on the territory of this country! You are on friendly soil now. Therefore, rest in peace.”
Mustafa Kemal Atatürk.

Throughout history, Cappadocia has been recognized as a central area of power struggles of various civilizations and cultures, as well as a crossing point from north to south and east to west. Anatolia experienced a brilliant period that attracted numerous inhabitants at the beginning of the 2nd millennium: the Assyrians, who, captivated by the richness of the land, set up numerous commercial establishments.

The bazaars, called kárum, were place where perfumes, textiles and tin were exchanged for gold, silver and copper. The most important was that of the citadel of Kanesh, today Kültepe, where in 1925 B.C. the Cappadocian Tablets were discovered; these describe the merchantile colony in Assyrian times that lasted approximately 50 years.

However, the first and oldest recorded people settled in Central Anatolia is the Hittite empire whose first established city was Kanis in the 18th century B.C. It later founded its kingdom with its capital in Hattusa (currently Bogazkoy), becoming one of the great powers of the Near East, like Babylon, Mitanni, Egypt and Assyria. 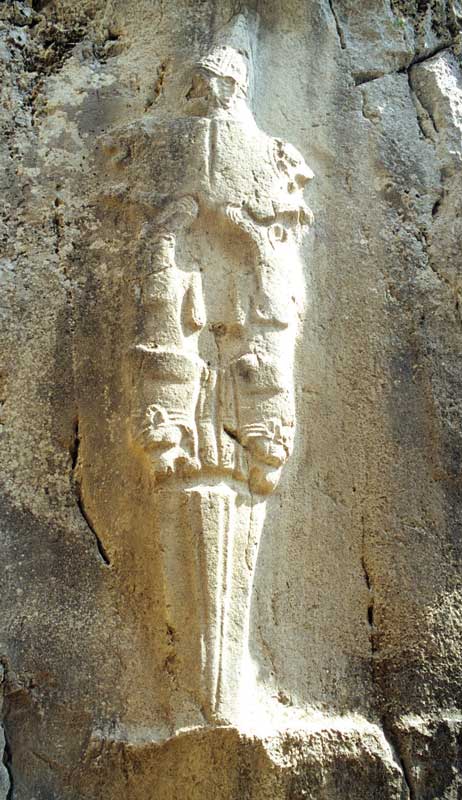 Hattusa, capital kingdom of the Hittite Empire, great power of the Near East. 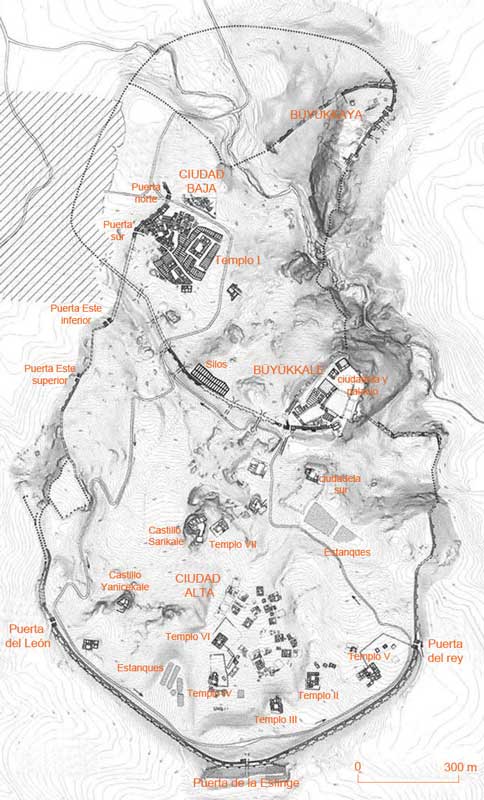 Hattusa, capital kingdom of the Hittite Empire, great power of the Near East.

The Hittites dominated and imposed their culture, rule and language on the original primitive inhabitants (the Hattis and Hurrians). Hittite is known today as the dead language used at that time; on the other hand, Hatti is the non-Indo-European language spoken in Asia Minor between the third and second millennium B.C. and which, in Hittite times continued to be used as a sacrum in religious texts.

In terms of political organization, they were based on the federation of small states with a governor representing the king: of divine origin, priest and judge who had to be accepted by the panku: an assembly that made the Hittite monarchy a non-absolute system.

For 1.800 years, the lifestyle in Cappadocia was focused on its 36 subway cities, agricultural on the surface, as well as its systems of kilimes (carpet made on a flat fabric composed of wool or cotton threads) embroidered.

This empire lasted from six to seven centuries, and it was from XV to the XVI B.C. the period of greater development under the monarchs Suppiluliuma and Muwatayi, the later even fought against Ramses II of Egypt in the Battle of Kadesh. It was the wars against this country that wore down the reign and although they culminated with the Peace Treaty in 1286 B.C., the Hittites finally fell to the Eastern Europe invaders.

Between the 10th and 17th centuries B.C. Cappadocia experienced the darkest period of its existence.

In the 6th century B.C. Cappadocia was conquered by the Persians, who divided it into provinces; it was Alexander the Great who, two centuries later, undertook the conquest of Asia Minor and wrested dominion from them. In 324 B. C. after his death, Cappadocia regained its independence under the leadership of the Ariarathid dynasty.

Cappadocia was a key region in the development of the Byzantine Empire between the fourth and eleventh centuries as the spiritual seat of the greatest theologians of the Eastern Church, such as Gregory of Nyssa, and the Cappadocian fathers, Basil of Caesarea and St. Gregory Nazianzen.

After eleven centuries of Byzantine rule, on August 26, 1071, the battle of Manzikert was fought in which the Byzantines were defeated with the fall of Roman IV Diogenes at the hands of Sultan Alp Arslan.

Ten years later, after the capture of Kayseri in 1082 (11th century) the Seljuks (direct ancestors of the Western Turks) gradually conquered the territory, initiating a great urban expansion with mosques in different cities. They also built caravanserais (shelters or buildings that welcomed travelers and traders on the Silk Route). 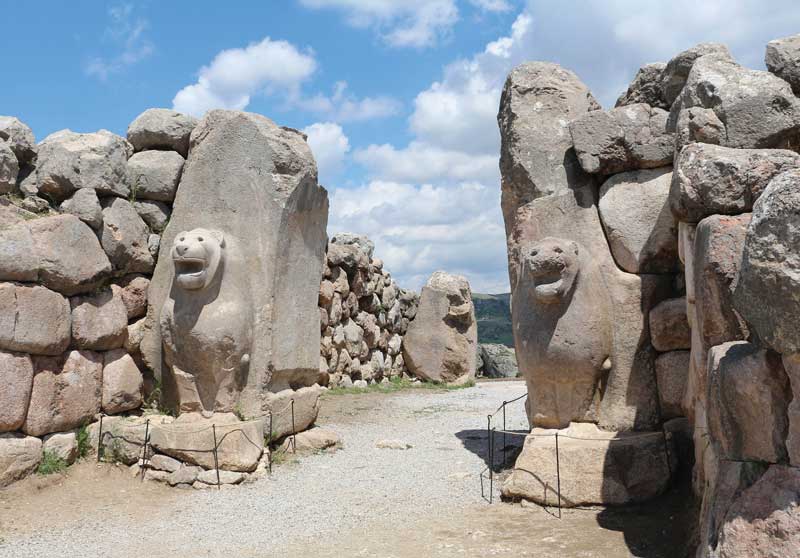 Lion Gate located in the outer enclosure walls of Hattusa.

It was the Seljuks who laid the roots of the Ottoman Empire (15th c.) which, at its peak, came to encompass North Africa, the Balkans, Greece, part of the Middle East and the Caucasus. It was not until 1923 that the Republic of Turkey was consolidated under Mustafa Kemal Atatürk. The change began by remaining the ancient capital Constantinople to Istanbul; today its capital is Ankara.

Cappadocia comes from the word Katpadukya, in Turkish “Land of beautiful horses”, even these were offered to the kings of Assyria and Persia in ancient times.

Central Anatolia has a fundamental role in Christianity as it is now known for different reasons. For example, many of the earliest Christians (2nd and 3rd century A.D.) lived in Cappadocia. Another reason was that the region proved fertile for expansion, partly because of its proximity to the Seven Churches of Asia Minor mentioned in Revelation. 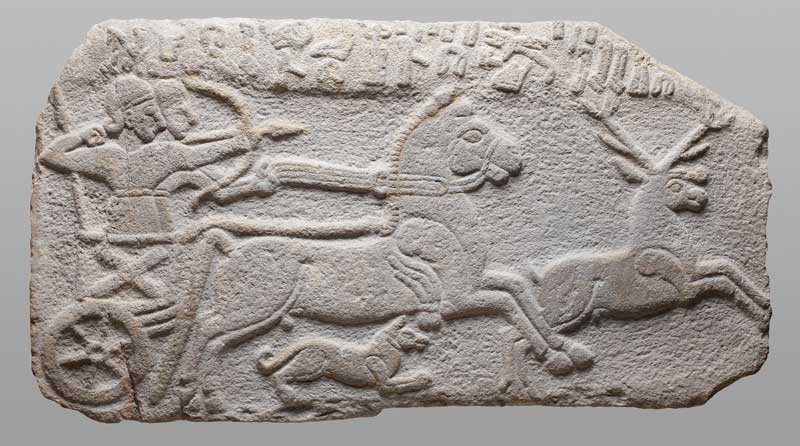 Relief with a hunting scene at the Louvre; exhibition "Forgotten Kingdoms from the Hittite Empire to the Arameans".

The famous Rescript of Telepinu endorses the theory that God was significant in the way of life of the Hittites who, although still pf apparently unknows origin, are mentioned in different biblical Old Testament passages as Hittim, who are referred to as “sons of Heth”. Also, in the second book of Samuel reference is made to Uriah the Hittite fighter in the armies of King David.

On the other hand, studies point out that, as well as their art, architecture and mythology, the religion of the Hittites is a combination of elements. There are some poems that contain original Hurrian myths with Babylonian motifs, which deal with the different generations of gods that ruled the universe and about a monster that challenged the rule of their last king. It is even believed that the Greek myths were brought from Anatolia to Greece during the Greek Mycenean period (1400-1200 A.D.).

At the time of Atatürk, however, Turkey separated religion from the state, polygamy was banned, religious schools were closed, and they began to follow the Gregorian calendar. Women were given the right to vote and, in 1938, they were already part of the Turkish Parliament.