Liberator, father of the nation and strong-arm dictator are some of the epithets that supporters and detractors call Lee Kuan Yew inside and outside the “Lion City”, but the truth is that Lee Kuan Yew was commissioned to get to Singapore from poverty and underdevelopment to become one of the countries with the highest income in Asia.

Kuan Yew is the great political and ideological builder of the booming Asian nation since 1959, who participated in the separation of Singapore from the Malaysian Federation in 1965 and transformed her relatively underdeveloped colony and without resources to first world nation.

He was born in Kampong Java Road, in Singapore, on September 16th 1923, into a family of Chinese origin formed by Lee Chin Koon and Chua Jim Neo. In 1950, he officially married to Kwa Geok Choo, with whom he had two sons (Lee Hsien Loong, current Prime Minister of Singapore and Lee Hsien Yang) and one daughter (Lee Wei Ling).

In 1959, Lee Kuan was elected Prime Minister. His party, action of town (People’s Action Party) proposes the integration of the Federation of Malaysia, which in 1963. Soon after, differences are manifested in 1964 and the secession of the Republic of Singapore is agreed, being proclaimed on August 9th 1965.

Therefore, Kuan Yew is considered the father of the nation. He was a strict social, but deeply capitalist regime that drove the economy of the young nation into avant-garde country.

During his tenure, he promoted the idea of Asian values against Western democracy, as a model of development for the societies of East Asia. Since then, Singapore has been characterized by the strict implementation of its controversial measures, such as the prohibition to trade chewing gum. 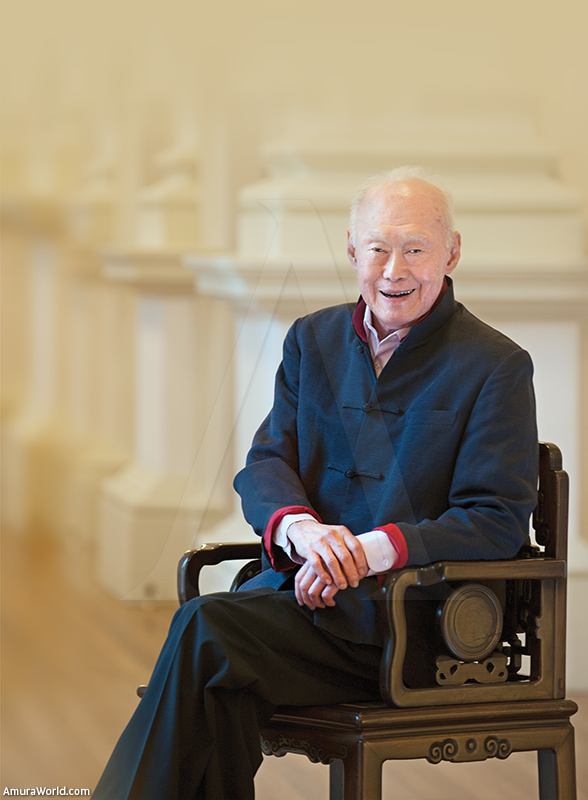 They have highlighted their attempts to “social engineering”, thus called Kuan to the idea of building a “great China”. “The affinity of race, culture and language is the basis of business relationships”, stresses Lee Kuan Yew, referring to overseas chinese.

Lee Kuan Yew took the reins of the small country in Southeast Asia and in a matter of 20 years went on the debate between political science theoreticians. The latest book by the former Prime Minister of Singapore, “The Grand Master’s  Insights on China, the United States, and the World” is a constant provocation.

Although he is guilty of the optimism of some liberals, he does not go indirectly on some ideas pre-established in the West on the international agenda, the future of China and The United States, democracy, multiculturalism and the keys to the economic miracle in Singapore.

In his view, the English language gives you a great advantage to us about China. “The use of English enables the United States attract millions of English speakers with talent from Asia and Europe”, he says in the mentioned text.

Lee Kuan Yew was the only President in Singapore from 1959 until 1990, when by his own, he decided to leave his post to make way for the next generation of politicians. Goh Chok took office in 1990 and created a Ministry without portfolio for Lee Kuan Yew and appointed him as Senior Minister. Years later, Goh Chok Tong decided to leave his post in 2004 and Lee Hsien Loong, son of Kuan Yew, assumed the position of Prime Minister; at that time his father moved from Senior Minister to be called to Minister Mentor. 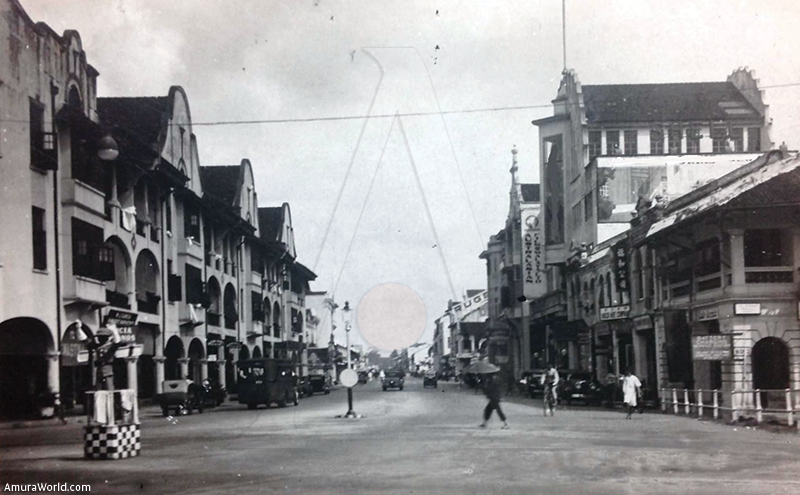 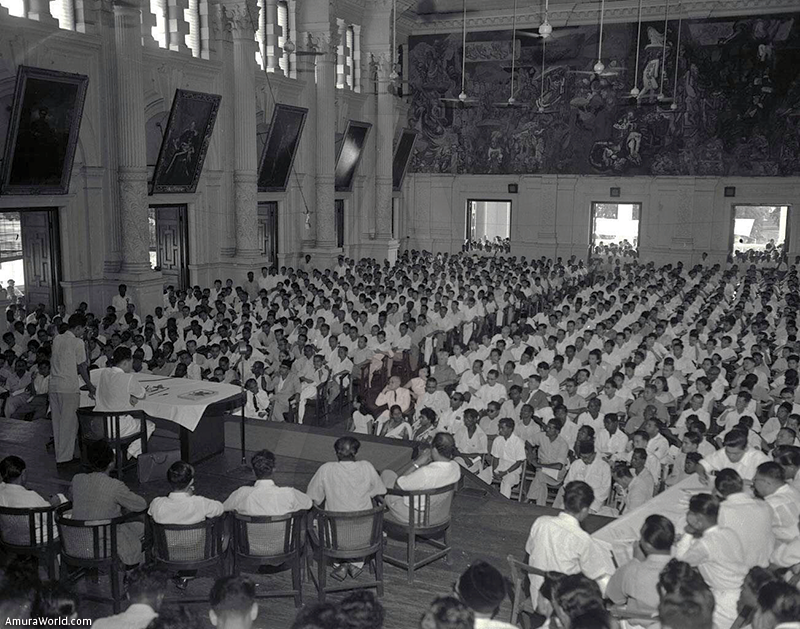 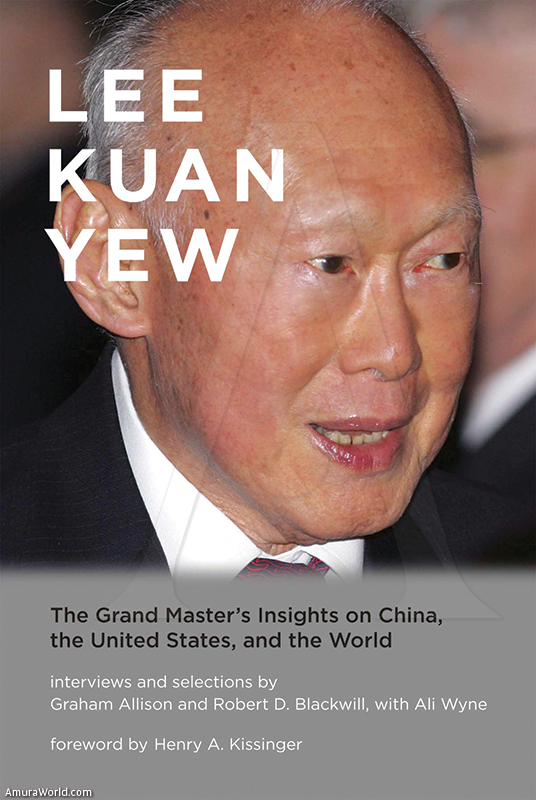 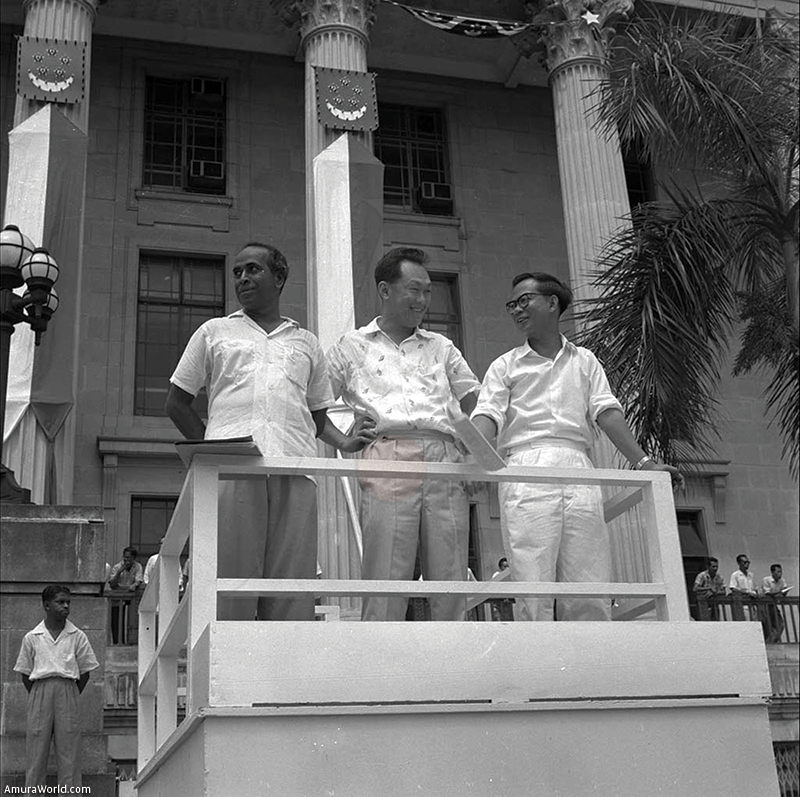 HIS VISION OF DEMOCRACY

Lee Kuan Yew did not rule Singapore in the traditional model of liberal democracy and he has always believed that democracy is no panacea.

In his opinion, “when you govern in democracy, to win votes and your opponents you have to promise and give more to your constituents, so that in the end, the ruling is situated in the core of an eddy of endless, with a great cost: the deficit and debt for the next generation”, says in his recent book.

His tirade to democracy serves to be responsible for all the ills facing Western societies. “Law and order out of control, multiculturalism, manifestations, drugs, weapons, abductions and crimes, poverty amidst wealth, rights excesses of the individual at the expense of the community. In the United States, the interests of society have been slaughtering because of overprotection of society for its criminals”.

It is not surprising that the three political heroes for Lee are Charles de Gaulle, Winston Churchill and Deng Xiaoping, the Chinese leader who initiated the economic reform in the 1980s. The explanation of his personal admiration is that each one of them held a weak hand at a critical moment in history and through guts and determination, they were able to win.

Like his three heroes, Lee Kuan Yew began with a weak hand in Singapore, but when checking the results has proven to be a wise man to the world.

Lee Kuan Yew is responsible for transforming Singapore into 30 years of a poor and abandoned, the first industrialized economy of planet Earth Island. Since its foundation as an independent State, in 1965, their leader Lee Kuan Yew, also known as Harry Lee, repeatedly said that the key and only option for the advancement of the country is training, development and qualification of the labour force.

This reality is, without a doubt, the biggest and most important lesson that many world leaders must learn. The implementation of these three components has been a determining factor in the economic success of Singapore.

The progress reached in 30 years by Singapore has not gotten in other country in the world. Singapore was a State of critical poverty and huge arrears, with per capita income less than $400 and over 14% unemployment rate. Now it is one of major Dragons of Asia, with a per capita income of 16,500 dollars, the highest in Asia-Pacific region, after Japan, and above all with full employment.

Lee Kuan Yew, in a trip that was to Jamaica, said: “If they had given me an island of this size, close to The  United States, instead of a too small, poor and dirty, how much would have been able to do”. 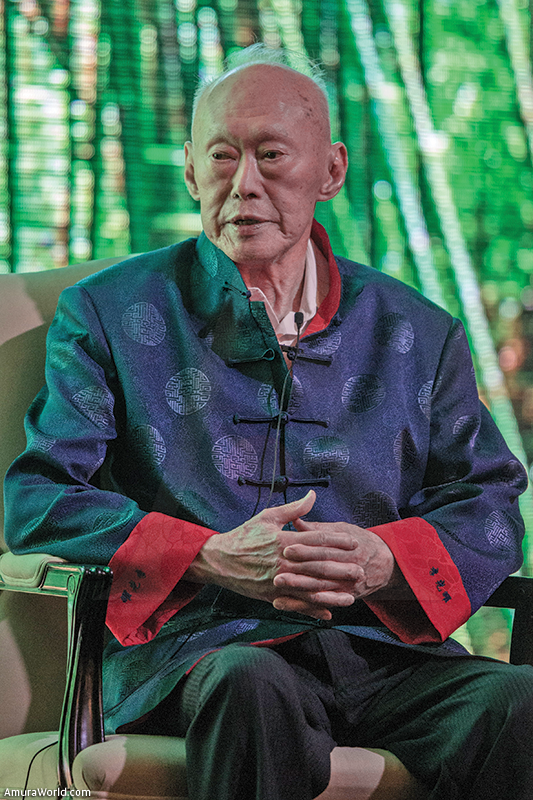 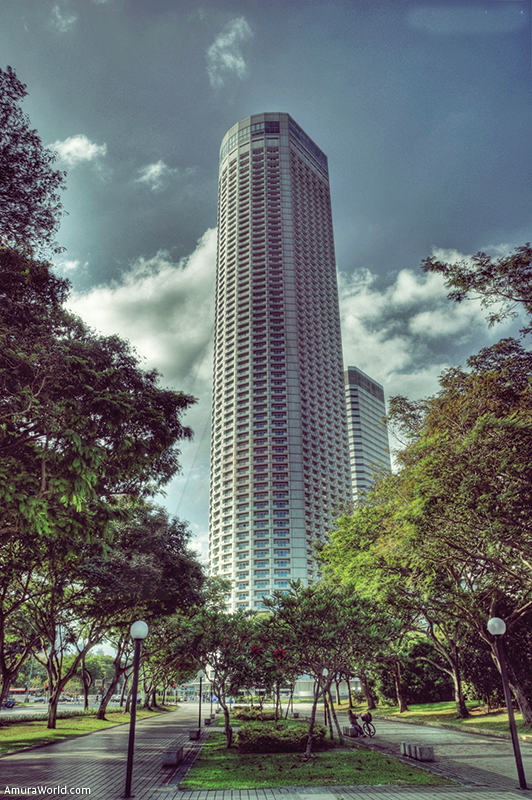 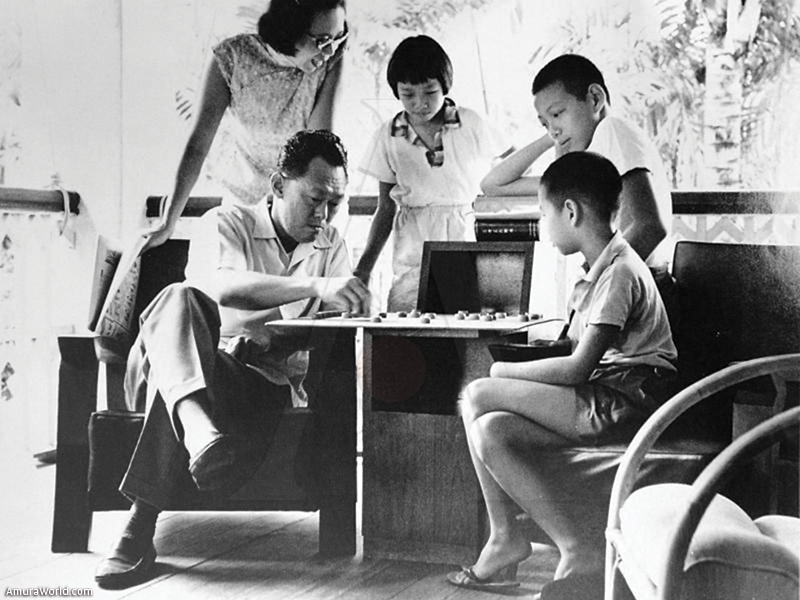 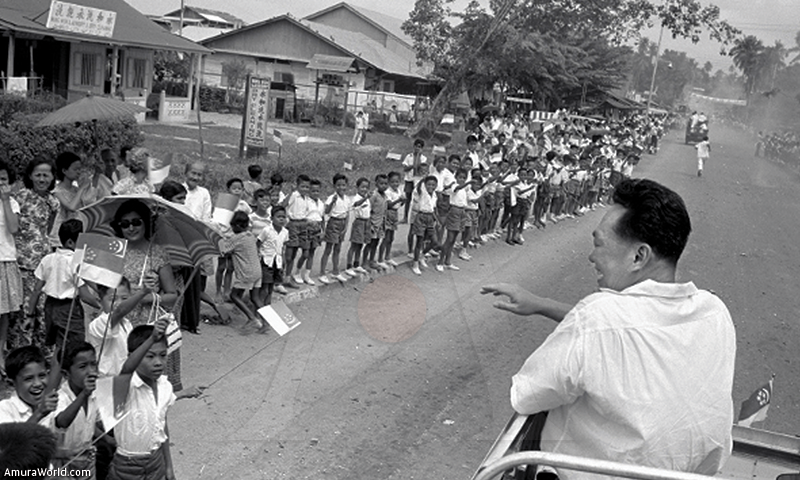 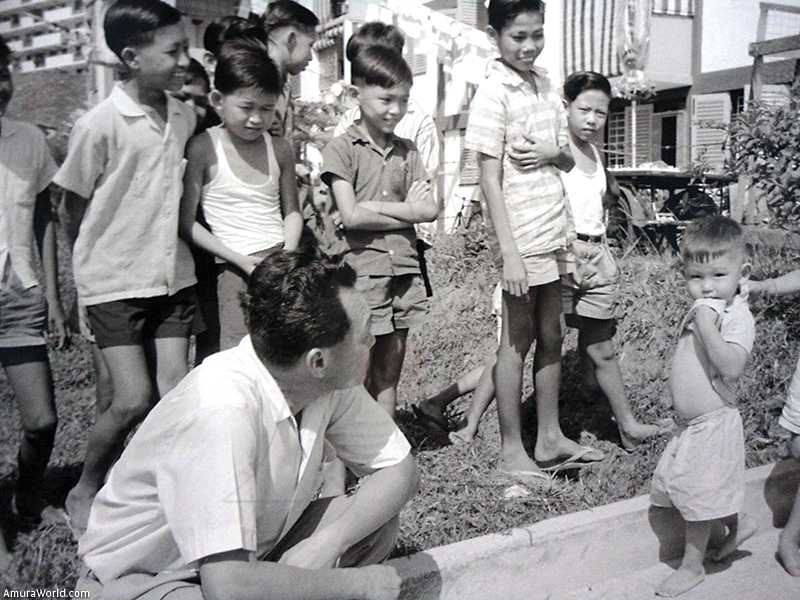 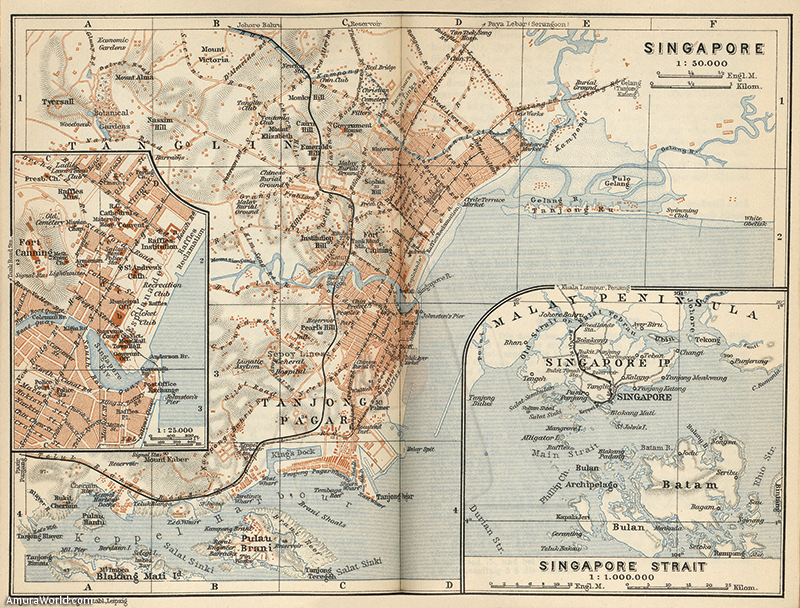 He found Singapore very poor, the vast majority of homes were huts built on stakes to defend against the threats of the cobras and the Bengal Tigers. Today Singapore is the Pearl of the East. In fact, it has the best and most efficient in the world telecommunications infrastructure.

After Tokyo or Hong Kong is located in Singapore the largest concentration of banks and financial institutions. Possesses also the tallest building in Asia, belonging to the Overseas Union Bank, as well as the Westin Stamford Hotel, the highest in the world.

But also feels heavy-handed order: it is forbidden to chew gum, and fines operate immediately by electronic means. Drug traffickers are sentenced to the death penalty. In other words, Singapore is a city that has the opulence of Beverly Hills and the efficiency of Switzerland, it is predicted that it will be transformed in a short time the first city for non-smokers in the world.

Currently, this small State-nation, with almost 3 million inhabitants, it  has become the most competitive country in the world. It is also one of the commercial centres and most important service in Asia-Pacific countries. Three thousand transnational are located, it has the third capacity to refine oil, without being oil country. In case outside little, its sea and air ports are the most efficient in the world. It has the second port of loading and the first container. And that natural resources conspicuous by their absence, even the water has been imported from Malaysia.