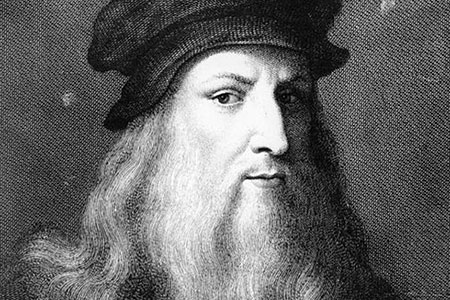 Leonardo da Vinci stars cultural calendar of Italy in 2015 and shared the program with Giotto, Morandi, Warhol and Matisse, among other ancient and modern artists.

Excels Expo in Milan, where Leonardo da Vinci and Giotto are central, same axis is shaping up to be the most complete and great Italian shows in honor of Da Vinci and will open on April 15, the day of his birth.

Meanwhile, "Giotto. Italia", deepen the role of the other pillar of Italian art in the areas of painting and architecture as well as its influence and evolution in several key cities of their artistic growth.

Among many other surprises and events for the 2015, Italy has an outstanding program of culture and art, with guests and talent from around the world and which also features the exhibition "La rosa di fuoco. The di Barcellona Picasso and Gaudi" ("The rose of fire. The Picasso and Gaudi Barcelona") and samples "Giorgio Morandi 1890-1964" and "Matisse. Arabesque".