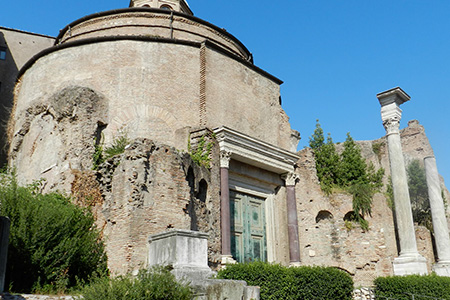 Since past March 5 until next September 20, the exhibition of sculptures originally belonging to the Source Juturna, one of the oldest in the Eternal City, is open to the public at the Temple of Romulus.

The exhibition "Lacus Iuturnae. The sacred source of the Roman Forum ", includes seven restored marble sculptures that were part of the Source Juturna, located in the ruins of the Roman Forum, the archaeologist Patrizia Fortini reported.

The Juturna source dedicated to the nymph of the same name known for its beauty and for being the sister of Turnus, king of the Rutulians and daughter of legendary King Daunus, was built in the second century BC, said the archaeologist.

To display the Temple of Romulus, located a few meters from the Source Juturna, which has also been reopened to the public after years of restoration was chosen yet completed, he added.