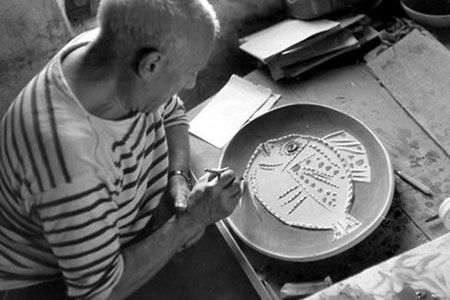 A collection of 145 ceramics that the Spanish artist Pablo Picasso produced during his stay in the French town of Vallauris will be subject to an auction, said the auction house Sotheby's.

According to the auction house, the bid titled Important Ceramics, scheduled for March 18, includes cups, bowls, plates and vases represent the art of Picasso.

Séverine Nackers, director of engravings of Sotheby's Europe, said this auction provides a broad overview of the last 25 years of the artist's life in what relates to ceramic.