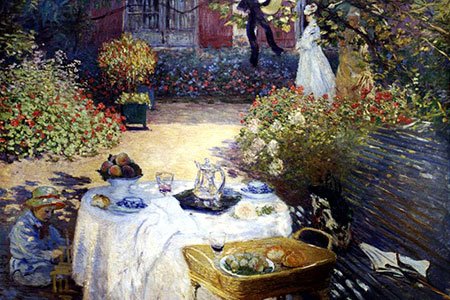 Starting today, nearly 100 masterpieces of the early Impressionist movement may be seen in the new exhibition "Monet and the Birth of Impressionism" at the Städel Museum in Frankfurt.

The temporary exhibition will take place until next June 21 and is one of the highlights of the museum's anniversary program, which this year celebrates its 200th anniversary, assured the organizers.

Within the exhibition, the famous impressionist painter Claude Monet is the center of attention, since 50 of his paintings will be exhibited, including "Le déjeuner" (Lunch) in 1868/1869, showing Monet's family to the table during the meal and is considered a key early impressionist work.