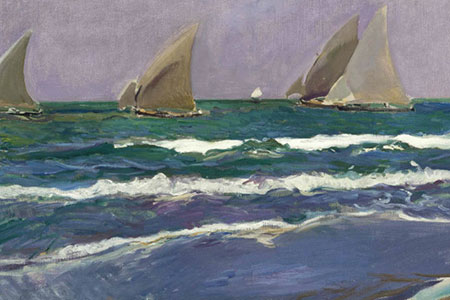 "Sails at Sea" artwork in Oil Spanish painter Joaquin Sorolla, was auctioned by Christies at 521.000, a surprising amount to analysts since cost between 600,000 and 800,000 dollars estimated , it is a table showing beaches ships and figures which was painted in the native city of Valencia Sorolla.

"This work is remarkable for its wide, fluid brushstrokes, which describe the sparkling waves with its crest of white foam falling in cascades to the beach", said the auction house.

At the auction also sold "The Guard" of the painter Antoni Costa i Fabres by the magnificent amount of 545 thousand dollars, total Christies auction closed its session with over $ 6.7 million.