Mexican pavilion is inaugurated in Venice 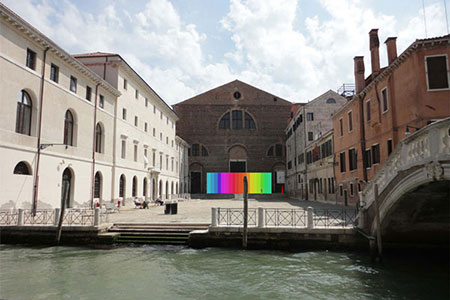 "Possesing Nature" , a Mexican proposal for the artists Luis Felipe Ortega , curator Tania Candiani and Karla Jasso , where a magnificent piece, very well made , a monumental sculpture that carries a hydraulic system which takes water from the lake opens presents Venice , where the water passes over the sculpture to reach an opening on which the locations of drains failed projects into a film which becomes the container of a video filmed in Venice, Xochimilco and Tequixquiac , the public can see at the foot of the sculpture as if it were a mirror of water.

The pavilion was opened at the International Art Exhibition of the Venice Biennale, in the presence of the director of the INBA Maria Cristina Garcia Cepeda.